South Korean supernatural horror Lingering (a.k.a Hotel Lake), as many ghost stories are, is a grim story about coming to terms with life after the unexpected death of a loved one. It’s full of super eerie visuals and haunting encounters with spectres from beyond that are more than enough for horror fans to enjoy, despite some unclear motivations from a handful of key characters. I still have questions about exactly what the goal of those characters were but it’s definitely not questions that are going to keep you up at night after watching these grim grinning ghosts.

Written and directed by Yoon Een-Kyoung, Lingering stars Se-yeong Lee (Memorist) and Ji-Young Park (The Concubine). Set five years after the suicide of her mother, Yoo-mi (Se-yeong Lee) seeks helps from a family friend to take care of the step-sister Yoo-mi inherited after the tragedy. Gyeong-seon (Ji-Young Park) is happy to take the child in but asks Yoo-mi to stay with them a few days to make the transition easier. Yoo-mi is hesitant but eventually agrees, unaware of the danger she has put herself (and her half-sister) in by setting foot on the property. 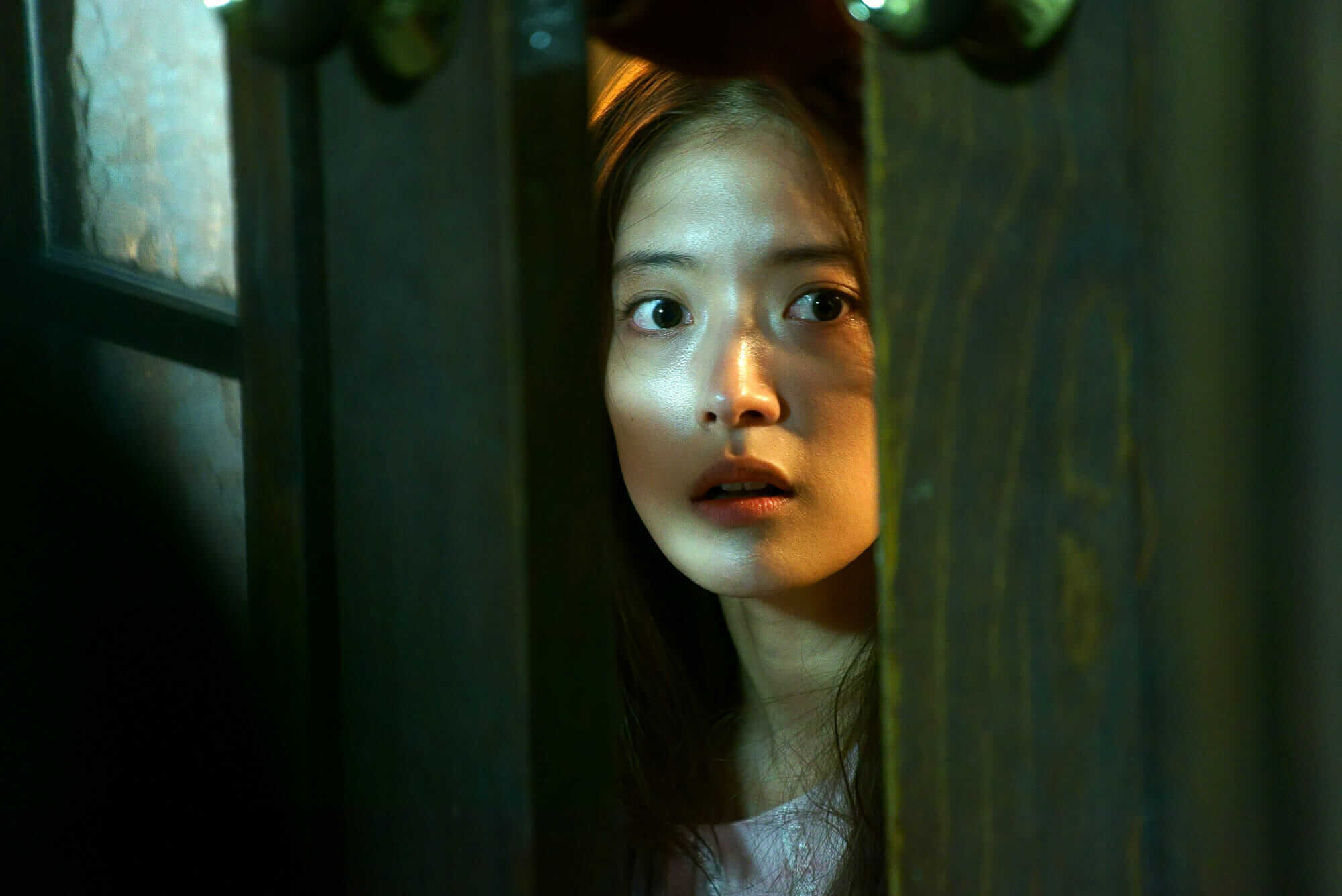 More than just a family friend, Gyeong-seon was also the employer of Yoo-mi‘s late mother where she worked as a maid in Gyeong-seon‘s hotel. It’s now the off season and the entire hotel is empty, which as we all know is prime-time for ghosts. There’s nothing like an empty off-season hotel to coax ghosts out of their hiding spots. And out of their hiding places they do come! While Lingering is pretty light on explanation or crystal-clear character motivations, it does feature some pretty spooky moments that will have you hiding inside your sweater. Ghost-logic and nighmare-logic pair pretty well together and Lingering is full of simple, subtle moments where it’s surroundings become impossibly unnnerving. Whether it’s the jaw-dropping ghost girl forever walking the road up to the hotel, or and creepy reflection of a woman in the television screen- the mood throughout the hotel is super-duper haunting and brilliantly crafted.

As well thoughtout as the scares are though, the characters could have used a bit more of that creative attention- especially the villain. Without giving away the surprise of the third act, Lingering‘s villain is a confusing one. Yes, there are moments of foreshadowing that your memory will start picking apart after the reveal but the Why of their plan is confounding. Like solving a math problem in high school, it deserves points for a sound conclusion but it failed to show us the work. But the film is not without it’s strong characters, including a young psychic seeer that comes and goes incredibly fast but is brillaint for the few minutes we spend with him. 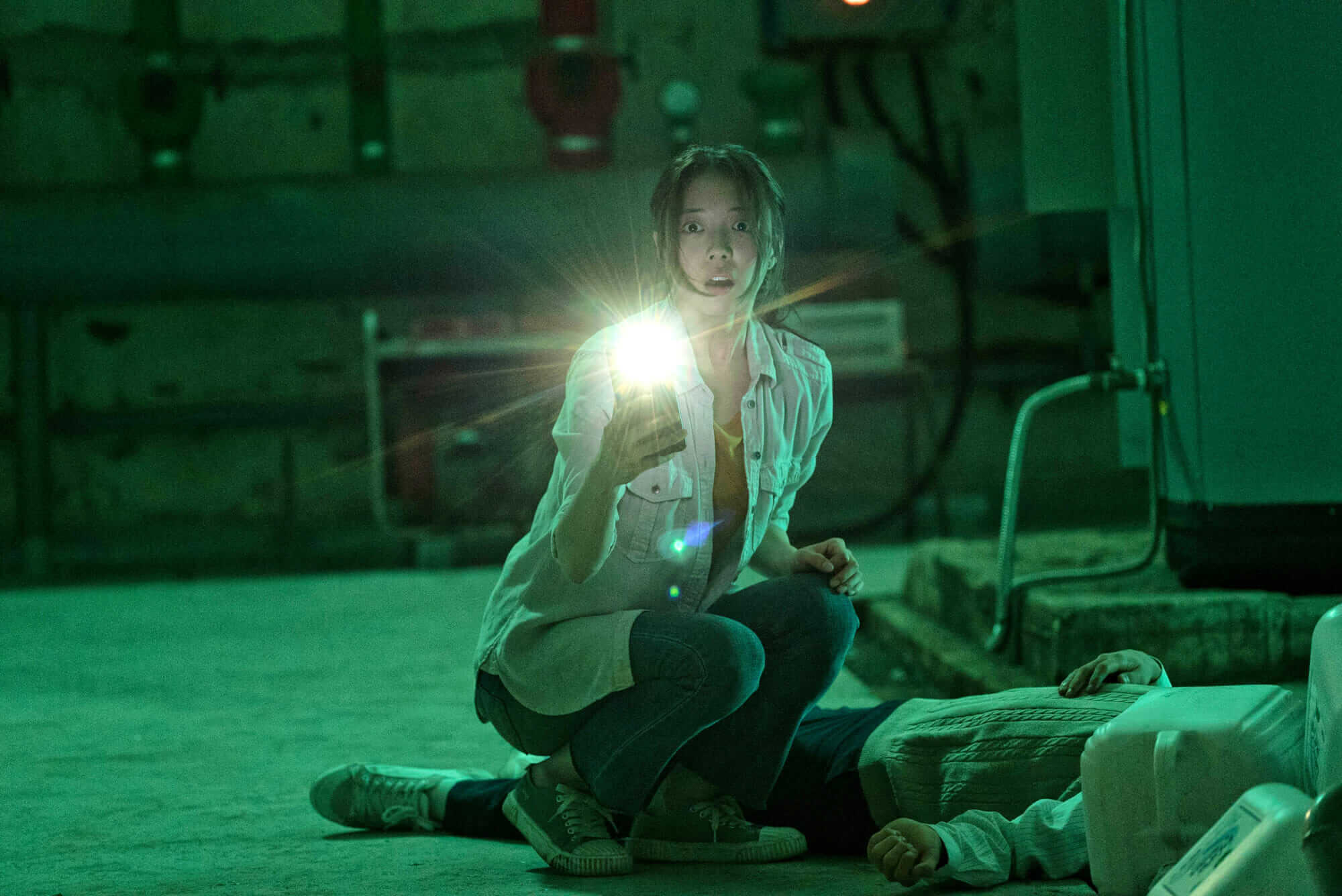 Visually, there is a lot to love about Lingering from some really haunting encounteres with spirits to an incredible use the color red that signals our communication with the undead. Of course, as NOPE-worthy as some of those moments are, a handful of them come in quick succession in what I can only describe as a dream-sequence-fest. I love a good nightmare in my hororr but dreams-within-dreams-within-dreams become too much of a good thing very quickly. Lingering (a.k.a. Hotel Lake) doesn’t break the ghost story mold but it does have some appropriately freaky frights. Although you never learn enough about these people to truly fear them or feel for them, Yoon Eun-kyoung still manages to craft a ghostly tale about our refusal to let go.

A Shudder Original, Yoon Eun-kyoung’s Lingering (a.k.a Hotel Lake) hits Shudder, Shudder Canada, Shudder UK and Shudder ANZ Thursday, November 12th, 2020. Let us know what you thought of this South Korean ghost story over to Twitter, Reddit, or in the Horror Movie Fiend Club on Facebook, and get more horror delivered straight to your inbox by joining the Neighbourhood Watch Newsletter. 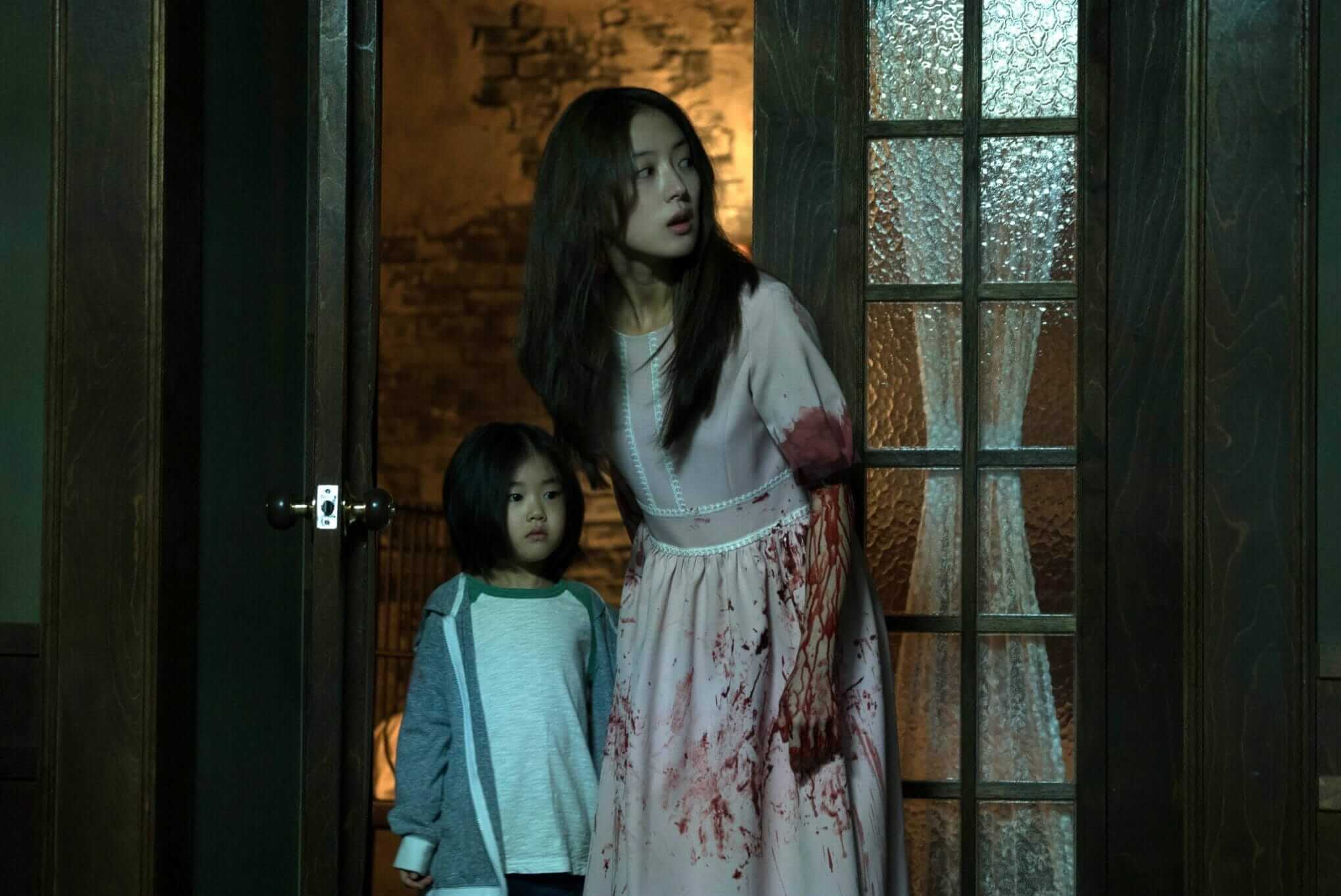