[Review] THE CHILLING ADVENTURES OF SABRINA: PART 4 is a Proper Sendoff Full of Eldritch Terrors

Finally, the day Chilling Adventures of Sabrina fans have both dreaded and anticipated is here: the final part. Regardless of finality, however, Part 4 delivers more of the same while simultaneously keeping things fresh, perhaps due to it being the end.

Those eager to follow the “eldritch” plot threads established throughout and in the finale of Part 3 can expect to be rewarded for their patience. The Chilling Adventures of Sabrina: Part 4 kicks off right into the action, playing beautifully into their well-trod monster-of-the-week tropes. For those in need of a reminder, Sabrina is now two Sabrinas, one ruling Hell and the other living her usual life in the mortal realm. While this solves her double life issue, Sabrina now finds herself to be incredibly lonely with most of her friends coupled up. Her loneliness and lack of belonging become Sabrina’s seasonal arc, which culminates in a beautiful finale.

“While the season, at times, may seem predictable there are plenty of twists to keep you guessing.”

Aside from Sabrina’s inner struggle, The Chilling Adventures of Sabrina: Part 4 is also the culmination of Father Blackwood’s plot to destroy the Spellmans and Greendale itself. Having called forth the Eldritch Terrors in the Part 3 finale, Blackwood’s role this season is ensuring the Terrors manifest and find their intended targets, namely Sabrina. Part 4 consists of eight one-hour episodes, which lends itself perfectly to the eight Eldritch Terrors and offer a return to the familiar monster-of-the-week format that defined the first two seasons.

While the Terrors are each given one episode to wreak their havoc, the threats manifest themselves seamlessly throughout the season and are not confined episodically. Two of the final Terrors, in particular, are written exceptionally well, leading to a literal gasp of surprise from this reviewer during one moment. While the season, at times, may seem predictable, there are plenty of twists to keep you guessing. The Terrors also serve to provide resolutions and reconciliations between some of the characters. Without spoiling too much, some past murders are forgiven, and some loose character threads are resolved, a benefit of writing a proper final season. 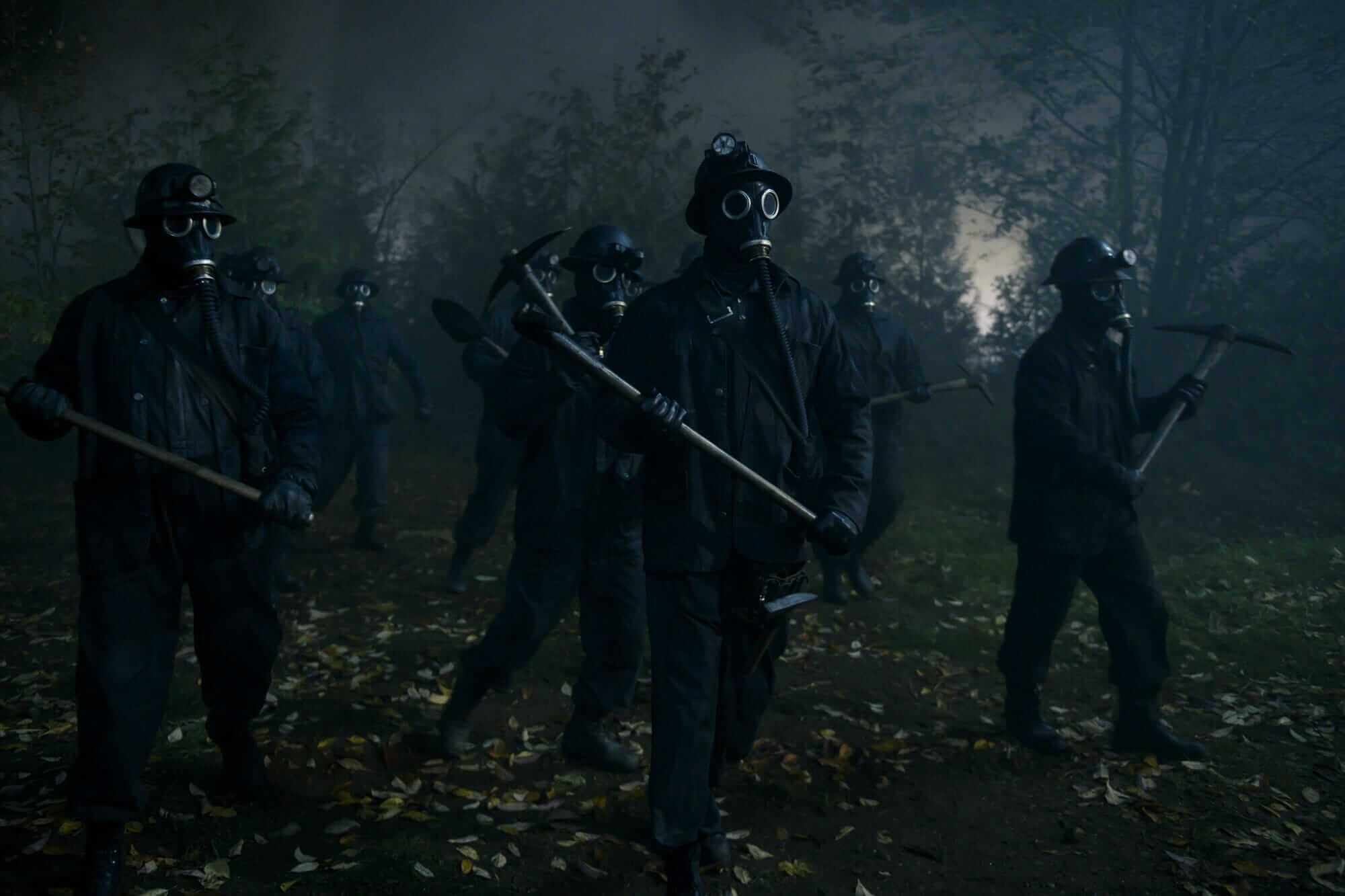 However, the season is not all doom and gloom. Fans of the teen drama aspect will be pleased to find relationships changing and Sabrina’s teenage life interfering with her supernatural one. One Terror preys on Sabrina’s insecurities and uses a new boy to brainwash her. Juicy stuff! The Chilling Adventures of Sabrina: Part 4 also delivers some new musical numbers with increased production value. There is even a battle-of-the-bands episode that’s fittingly badass and features Satan as the host. And speaking of Satan this season, Part 4 sees him take on a much lighter tone that I, for one, found to be hilarious!

Perhaps due to this being the final season, The Chilling Adventures of Sabrina: Part 4 is considerably self-aware. In the latter half of the season (minor spoilers ahead), Sabrina finds herself in an alternate universe where she plays herself in a show about her own life. This episode guest stars the original Aunt Hilda and Zelda, Caroline Rhea and Beth Broderick, respectively, from Sabrina the Teenage Witch (1996-2003). While the sound stages, cameras, and directors are already quite meta, Broderick’s Zelda calls out the show directly. This is particularly true about The Chilling Adventures of Sabrina. Each season introduces a new universal threat that Sabrina must defeat. Zelda goes on to mention that it is usually “[something] that supposedly changes everything, but in truth, nothing changes. Everything just resets.” However, if you were worried this season would be the same, I can assure you that this one does, in fact, change everything. Within this meta-commentary, however, lies my only issue with this season, and in turn, the series as a whole.

Chapter Thirty-Three (episode five of Part 4) is titled “Deus-Ex Machina”. While it is merely a joke within the context of that episode, the term accurately describes how the season and series are resolved. Halfway through the season, the character of the Trinket Man is introduced. This character follows the trope of a traveling salesman with mysterious wares for sale. The character fits and makes sense for the episode in which he is introduced. However, he reappears in the final episode and provides Sabrina with the solution to this season’s universal threat. Without this item, Sabrina would presumably not be able to defeat the danger, which would result in the deletion of the universe. Most agree that deus ex machina is a tired and lazy writing trope, and it feels jarring that this is how the series ends. But perhaps I missed something along the way. I’ll leave it to the viewer to decide! 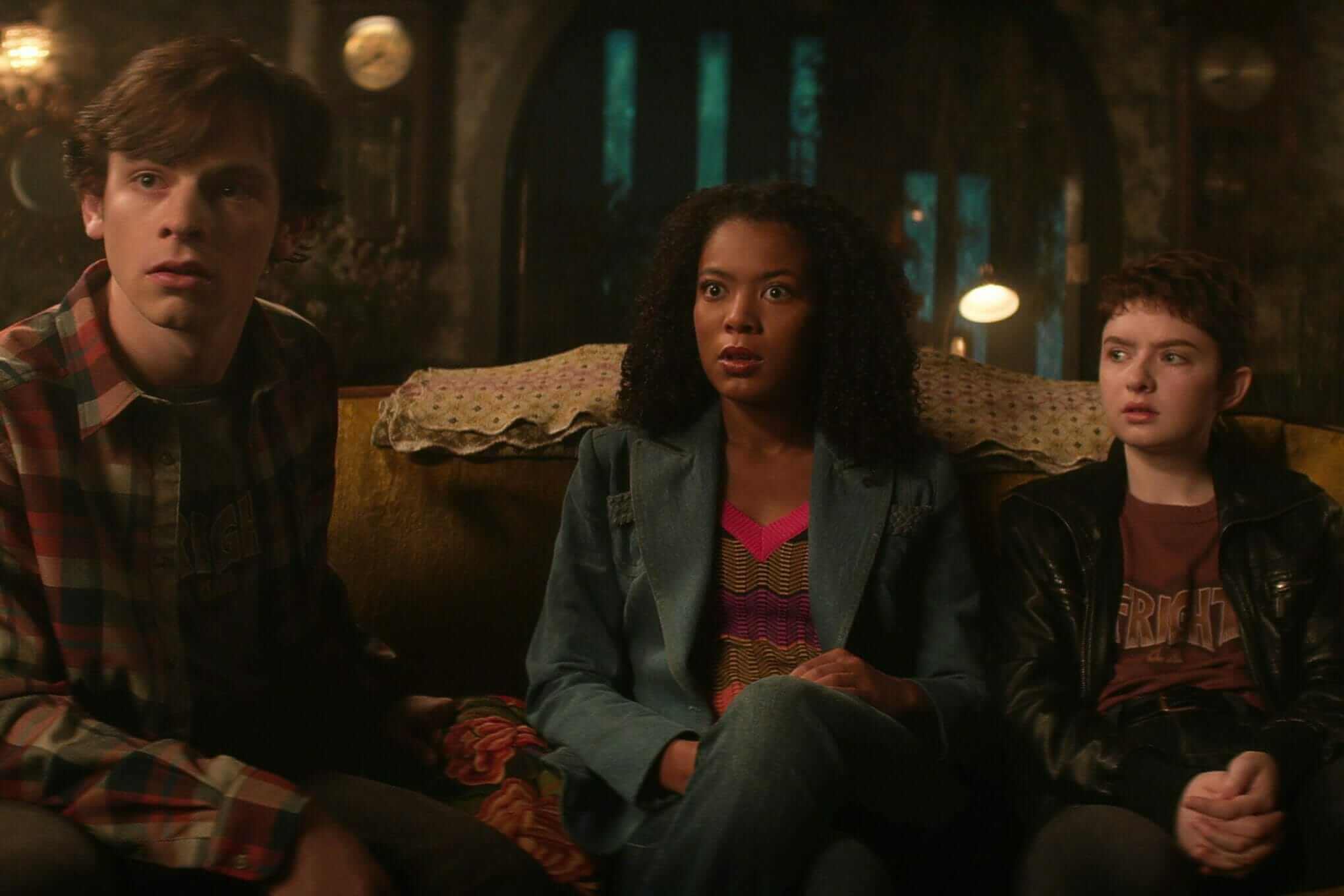 Despite the deus ex machina, Part 4 is a fitting sendoff for The Chilling Adventures of Sabrina. It wraps up any loose plot threads from previous seasons while allowing for new character relationships and developments. The series’s fans will appreciate the care placed into the finale and perhaps find it as emotional as this reviewer did. More than once did I tear up, I am unashamed to say. As a fan of the comic series, it feels good to know that this adaptation received the proper end that it deserved.

However, what most stuck with me was how the cast had developed over the past four seasons. Not merely the characters, but the actors. Kiernan Shipka especially displayed massive growth from the pilot episode to the series finale, with series regulars Ross Lynch, Jaz Sinclair, and Lachlan Watson sharing similar progress. It’s clear this talent will quickly find new homes within the industry, and I look forward to seeing them take on new roles.

“As a fan of the comic series, it feels good to know that this adaptation received the proper end that it deserved.”

The Chilling Adventures of Sabrina targeted a specific audience. Perhaps the show is not everyone’s cup of tea. Still, for a series spanning only two years and cataloging only one year’s events, the plot is exceedingly intricate and the relationships are impactful. There could not have been a better ending to such an accomplishment than Part 4.

What did you think of The Chilling Adventures of Sabrina: Part 4? Was there anything you would have liked to see in the finale? What was your favorite episode? Let us know over on Twitter, Reddit, Facebook, and in the official Nightmare on Film Street Discord. Not a social media fan? Get more horror delivered straight to your inbox by joining the Neighbourhood Watch Newsletter. 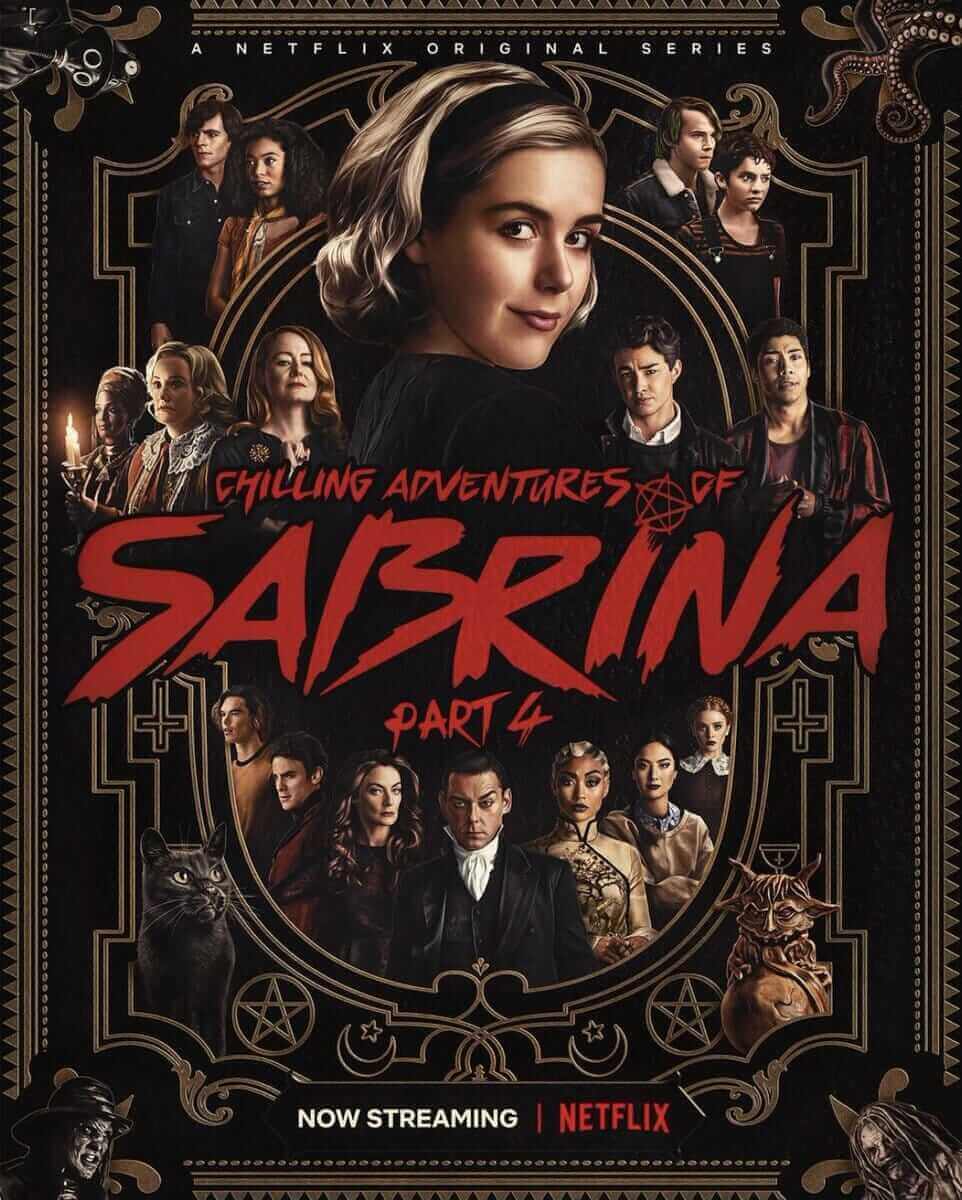 TLDR The Chilling Adventures of Sabrina targeted a specific audience. Perhaps the show is not everyone's cup of tea. Still, for a series spanning only two years and cataloging only one year's events, the plot is exceedingly intricate and the relationships are impactful. There could not have been a better ending to such an accomplishment than Part 4.