[Review] THE HAUNTING OF BLY MANOR is An Eerie, Emotional Look At Trauma and the Afterlife

Ghost stories, particularly of the classic Gothic variety, often have a deep air of sadness about them. Often taking place in large, cavernous, cold spaces, and told by narrators who have experienced tragedy, betrayal, heartbreak, or trauma, these elements continually pervade some of the greatest stories of the ghost variety. At the same time, tragedy is nearly universally more central to the essence of a ghost story, more inherent to the sub-genre, for a much more essential reason: ghosts, more than most creatures, demons, killers, or other threats that go bump in the night, are often directly born of tragedy.

A disruption of the typical processes of life and death, what ‘sticks’ a soul to the earthly plane after the body passes away is usually one with such a damaging effect that the soul can’t move on. In The Haunting of Bly Manor, director Mike Flanagan’s follow-up to The Haunting of Hill House, Flanagan shows a mastery of the (forgive the pun) more haunting aspects of ghostly life, and their the legacy of those aspects on the living. Bly Manor is a poignant, emotional look into the legacies of trauma, and one whose spectacular performances and heart-wrenching moments will keep you up at night. It’s not quite as scary as its anthology predecessor (though it has its moments), but the series is still an eerie and enjoyably ghost story, and a worthy Halloween watch. 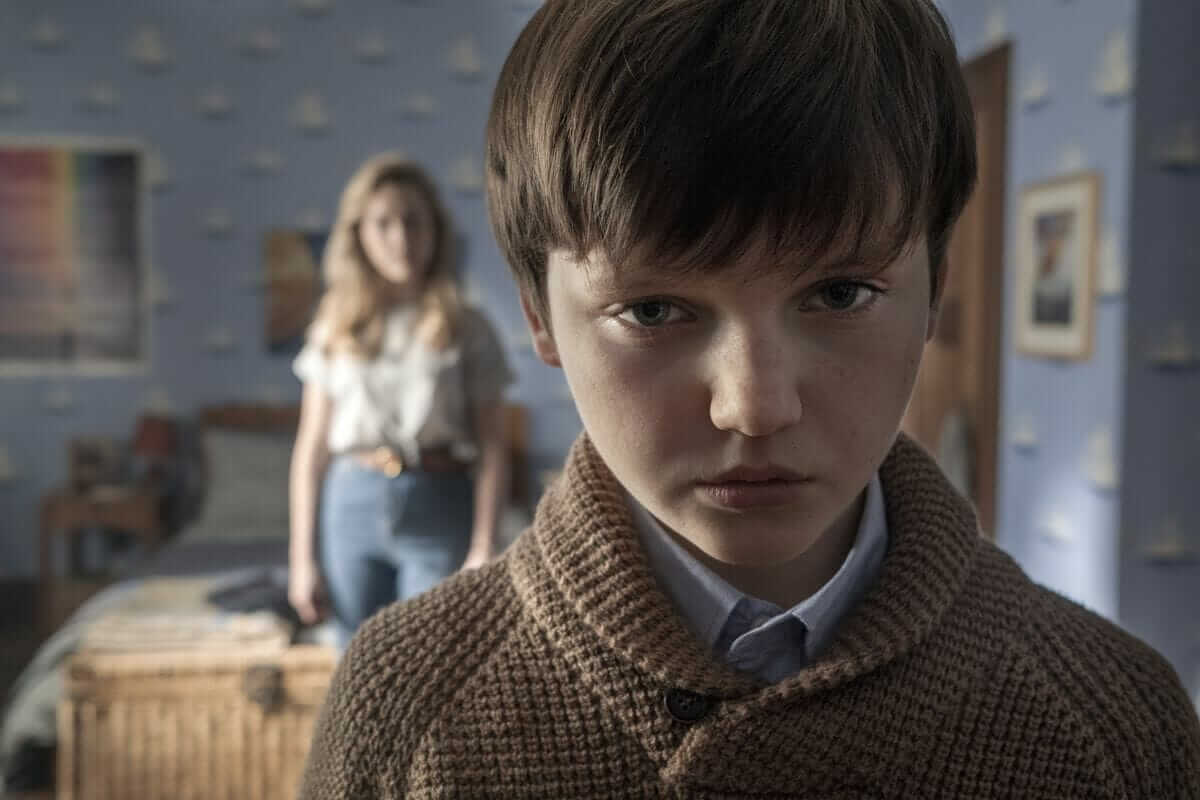 The Haunting of Bly Manor introduces us to Dani Clayton (Victoria Pedretti following up an unforgettable role on Hill House), an au pair haunted by the memory of her ex-fiancé. Leaving the United States for England, she’s hired by Henry Wingrave (Henry Thomas, of E.T. and Hill House fame) to care for his orphaned niece and nephew, Miles and Flora, following the untimely demise of their prior caretaker, Rebecca Jessel (Tahirah Sharif). Filling out the caretakers at Bly are the gardener Jamie (Amelia Eve), kind-hearted chef Owen (Rahul Kohli), and the compassionate housekeeper Hannah (T’Nia Miller).

We come to know early on that things are not what they seem at Bly Manor. The children seem good-natured, but it’s quickly obvious that Miles often slides into an eerie countenance while Flora is universally sweet but always looking at something strange in the distance. It’s strange how disinterested the Uncle seems in visiting the manor, and stranger still that the children impose so many unexplained rules on the new au pair–don’t leave your room after dark; don’t go to places X, Y, or Z; don’t put that doll there; just obey the rules and all will be fine. So much for first impressions.

“[…] a poignant, emotional look into the legacies of trauma, and one whose spectacular performances and heart-wrenching moments will keep you up at night.”

The rest of the figures at the Manor seem far less affected than the children by whatever befell them–Owen’s friendly, humorous demeanor and Hannah’s strong, authoritative, but kind love both seem from first impressions to have no catch or qualifier, and Jamie seems standoffish but not unkind. Making things worse for our protagonist is that Dani already seems to be fighting demons from the first moments we see her at the manor (including repeated visits by an apparition with glowing, otherworldly spectacles), while she discovers early on that the previous au pair, Rebecca Jessel, allegedly killed herself in the grounds outside the home. What’s more, Peter Quint (Henry’s former driver) is only spoken about by the current house staff with hushed tones and raw disdain-, only adding to the mysteries of Bly Manor. Once the siblings lock her in a closet overnight, ostensibly to keep her safe from Bly Manor’s darker aspects, she realizes that there’s much she doesn’t understand about the children and the house, and much she needs to.

Dead Doesn’t Mean Gone: The Manor And Its Ghosts

Audiences familiar with this story’s adapted material (Henry James’ supernatural horror novella The Turn of the Screw) are sure to know the show has ghosts and supernatural happenings aplenty, but I’m going to attempt to avoid hardcore spoilers nonetheless. What you need to know is that the traumatic history of Bly Manor has infested the grounds with ghosts. Locked to this earthly plane by trauma, tragedy, and betrayal, the ghosts in Bly Manor are, like those in Hill House, entities that became trapped in a supernatural web due to largely undeserved circumstances. They haunt the Manor from something that undeservedly happened to them. They haunt and scare and hurt largely because they unconsciously repeat entrenched patterns or because their sad histories, loneliness, and pain make them desperate to escape their ghostly fate.

Like Guillermo del Toro’s empathetic relationship to his monsters, Flanagan clearly feels for his ghosts. Some commit grievous acts on the living, yes, but he takes pains to humanize them–in several instances devoting entire episodes to the tragic backstories of even the most threatening entities that haunt the Manor’s grounds. It’s not treated as excusing their most egregious choices, but rather as introducing sources of complexity to aid with the audience’s own empathetic understanding of the people behind the ghosts behind the manor.

“Bly Manor is certainly the less frightening series, but it’s an emotional, haunting entry in its own right. “

On balance, there are some truly memorable scares and scenes, yet comparing the series with The Haunting of Hill House is more complicated than it seems. Despite being helmed by the same auteur and originating in adaptations of beloved ghost stories, they’re two very different stories with very different tones. The Haunting of Hill House had its share of family tragedy and emotionally rich character engagements but it is overtly the scarier series (and it has hauntings that are more stylistically memorable with individuated ghosts-think the ‘Bent-Neck Lady’ or the floating, gaunt William Hill). While Hill House is a terrifying ghost yarn, Bly Manor places greater emphasis on emotional and interpersonal issues and humanized ghosts.

In that regard, of course, the Bly Manor ghosts are less memorable, because part of the terror in that world is that the ghosts lose themselves (and thus their individuality) as they haunt the manor. They’re reduced to nothing other than their habitually returned-to behaviors, a fate that inevitably befalls even the younger entities–a ghost may or may not be a villain, but it most certainly is a victim. Bly Manor is certainly the less frightening series, but it’s an emotional, haunting entry in its own right. 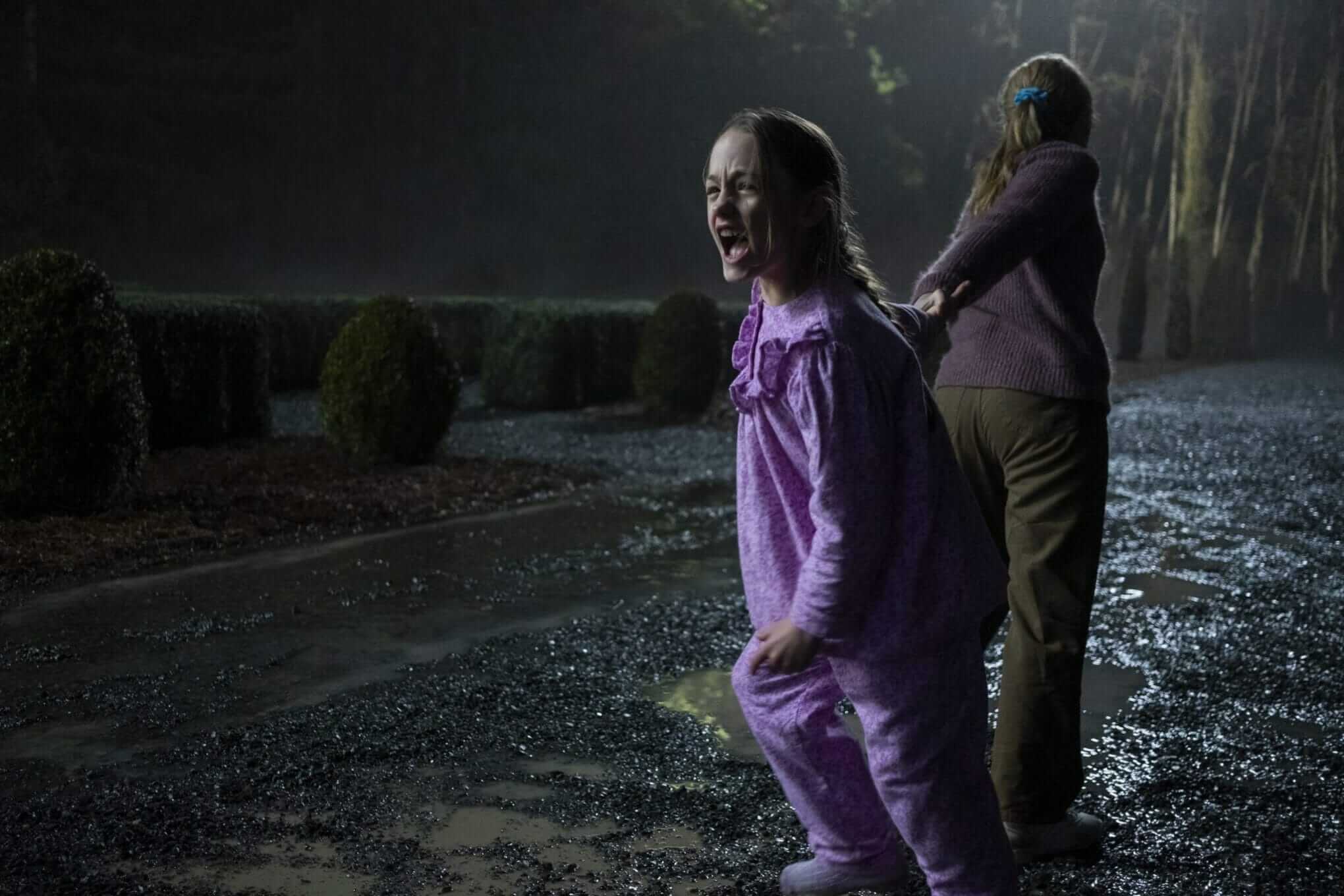 Goodness, I Was Miles Away:  Final Thoughts On Bly Manor

Overall, The Haunting of Bly Manor has some memorable frightening moments and a lot of well-established dread, but it’s much less frightening than its predecessor. The series goes the route of the more traditional, classic Gothic ghost story–one that’s less a terror-fest and more a poignant exploration of loss, betrayal, and tragedy. Being a ghost does not make a spirit an antagonist per se–its more of a torment for the disembodied spirit, enmeshing them in hopelessness, separating them from loved ones, and committing them to a fate worse than death unless some intervention occurs.

The performances are a strong element as well, with notable returning Hill House players in Victoria Pedretti, Oliver Jackson-Cohen, and Henry Thomas, Kate Siegel, and Carla Gugino. In addition to Pedretti’s excellent performance as a complex heroine with a dark past, Jackson-Cohen’s ‘Peter Quint’ alternates well between a spirit driven to antagonism due to his own desperation and, on the other hand, a character whose shadier aspects emerge from an unfairly terrible, troubled past. Of the newer series performers, Rahul Kohli’s Owen is always a welcome source of warmth on-screen, while Amelia Eve’s Jamie is believably portrayed with an intriguing arc. Perhaps the greatest performance in this season, however, belongs to T’Nia Miller. Miller’s turn as Hannah Grose is as heartbreaking, complex, and multifaceted of a performance as we’ve seen in any series this year. If she isn’t nominated, you know, maybe a small riot is in order.

“T’Nia Miller’s turn as Hannah Grose is as heartbreaking, complex, and multifaceted of a performance as we’ve seen in any series this year.”

The biggest issue with Bly Manor is, at times, that the narrative momentum for the central narrative often gets lost with the extended, episode-long character asides. They’re by-and-large excellent individual episodes, but they often feel like distractions that set the brakes on prior episodes’ momentum rather than needed contributions to the bigger picture. Folding them into the series more organically or folding the main plotline into those episodes would have gone a long way towards maintaining momentum. Additionally, many of those episodes really reflect the ghostly experience in their jumps through time and space, but that adds more than its share of narrative confusion at times–it’s useful to understand the experiential confusion of ghostly ‘life’ but exhibiting confusion and being confusing are two different things. Too often the series aims for the former and accidentally lands on the latter here and there.

Altogether, The Haunting of Bly Manor is an expertly written, well-acted Gothic ghost story. It will certainly stay with a viewer looking for a classic, foreboding ghost tale of the Gothic variety, one with tragic themes of lost love, hopeless ghastly futures, and massive, hollow homes full of the echoes of the living. It is less overtly frightening than Hill House, but what it loses in sheer terror it gains in the dull, existential dread and emotional weight of a soul falling away from a body and drifting aimlessly into a tragic void. It’s eerie. It’s heavy. And while it is a different viewing experience than its predecessor, it’s good.

What did you think of Mike Flanagan’s The Haunting of Bly Manor? Share your favorite ghost-filled moments with us over on Twitter, Reddit, and in the horror movie fiend club on Facebook! For more horror straight to your inbox, be sure to join the Neighbourhood Watch! 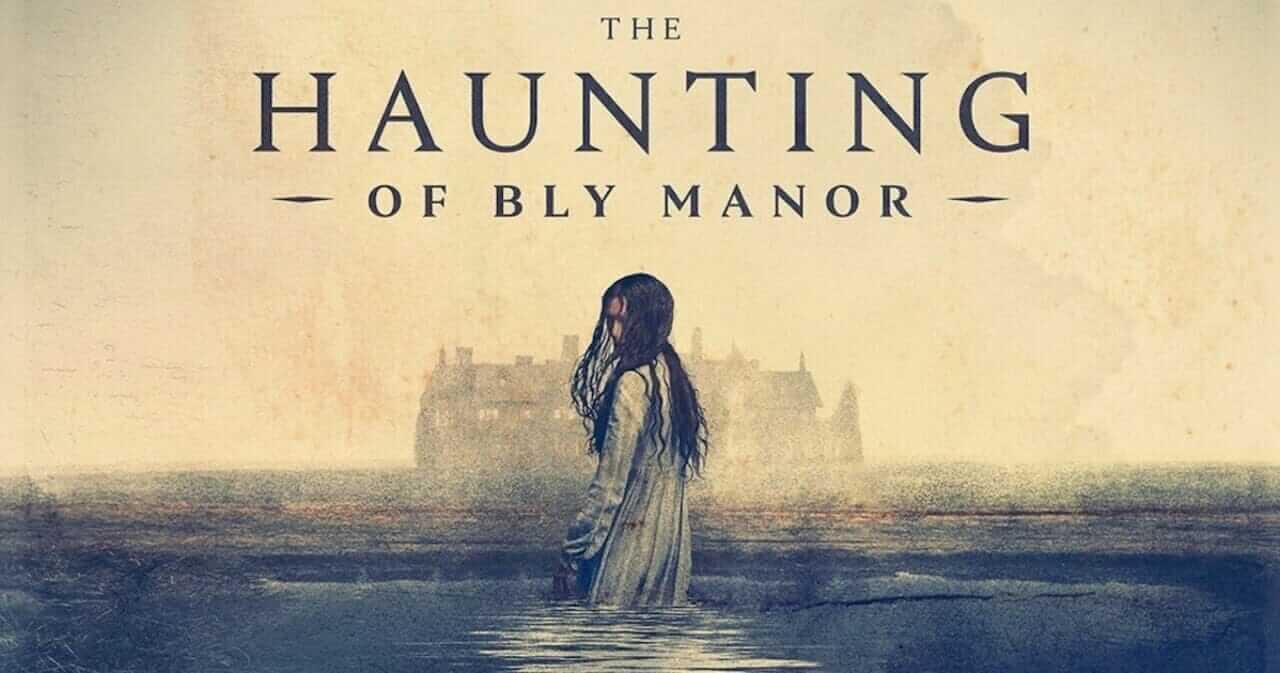 Review: THE HAUNTING OF BLY MANOR

TLDR Altogether, The Haunting of Bly Manor is an expertly written, well-acted Gothic ghost story. It will certainly stay with a viewer looking for a classic, foreboding ghost tale of the Gothic variety, one with tragic themes of lost love, hopeless ghastly futures, and massive, hollow homes full of the echoes of the living. It is less overtly frightening than Hill House, but what it loses in sheer terror it gains in the dull, existential dread and emotional weight of a soul falling away from a body and drifting aimlessly into a tragic void. It’s eerie. It’s heavy. And while it is a different viewing experience than its predecessor, it’s good.