There was a time when Western horror routinely questioned religions and their followers. This heated subgenre criticized seemingly untouchable organizations at a time when others couldn’t do the same without reproach. Today, people are at more liberty to voice their concerns when it comes to religions, so something like Justin P. Lange’s The Seventh Day may not boost the same impact or cultivate the same interest as similar movies of the past. Lange’s second feature treads familiar ground partnering a cynical priest with an inexperienced one who, together, fight to save a possessed child. The movie does broach a hot-button issue regarding the Catholic Church, but it’s buried in a dull script.

In 1985, Father Louis (Keith David) and his apprentice Father Peter (Chris Galust) are exorcising a demon from a child when something terrible happens. Years later, Peter (Guy Pearce) still works for the Church as a disenchanted teacher to rookies like Vadhir Derbez’s Father Daniel. The protégé appears capable, but when he’s faced with his first exorcism, he’s all thumbs. Luckily, the incredulous yet practiced Peter is there to show Daniel the ropes. Neither of them is prepared for their next case though. A boy named Charlie Giroux (Brady Jenness) is accused of murdering his family, and the Church suspects he’s under the thrall of evil. To save Charlie, Daniel and Peter have to first uncover his “doorway” before they can close it.

Because The Exorcist seminally harnessed a unique and formative experience shared by many people, William Friedkin’s movie still resonates. Unfortunately, the movie’s influence was perhaps too great in view of the fact other filmmakers now use the film as a template with little variation. The Seventh Day is no exception as it has several of the criteria: a discouraged priest, a demonically possessed child with supernatural appearances and abilities, a Ouija board, and a climactic exorcism scene. Of course, having all of these elements doesn’t automatically devalue a movie, but in this one’s case, they don’t exactly help it stand out, either.

The Seventh Day does try to deviate from the formula when expressing how Charlie became possessed which still echoes Regan MacNeil‘s story in some respects. This passing condemnation of the Catholic Church protecting predators is something Lange doesn’t dig deeply enough into, yet there is no denying its purpose in the story. Had the movie ultimately focused more on that and less on the wearisome relationship between Peter and Daniel, maybe we would feel something other than apathy for every one of these thinly-written characters. 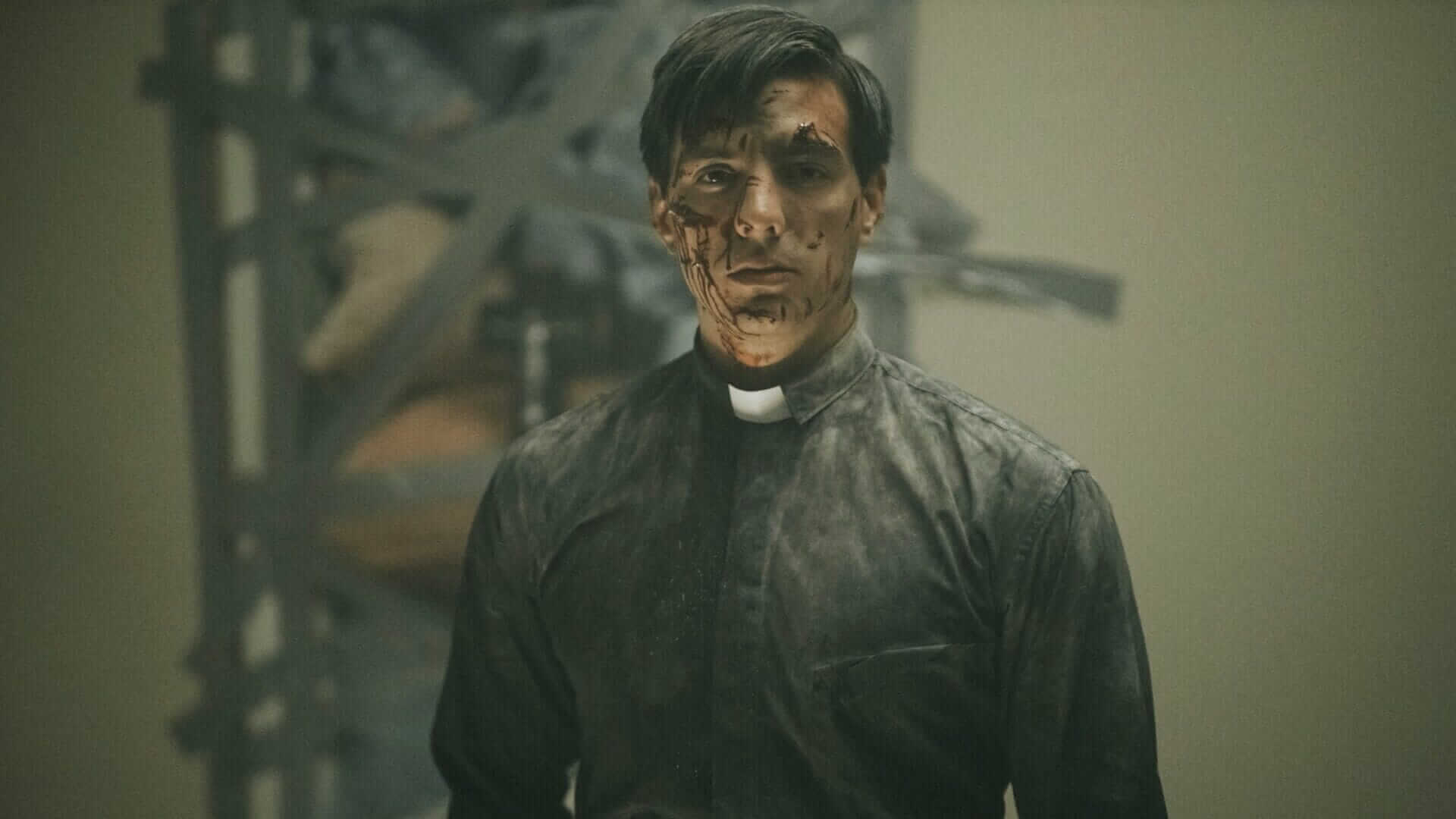 Those controlled by the unseen demon are imbued with special powers like levitation, telekinesis, and enhanced strength. So during the action-driven scenes peppered throughout the movie, you see Charlie and the other victims display these “gifts”. Besides teetering on the side of silly, these moments have a tendency to pull you out of the story. Maybe this was all done in a bid to show the graveness of the situation, but you might feel the opposite. No amount of showy violence or visual effects can make up for the uninspired plot.

A movie like The Seventh Day doesn’t stray too far from the good book of religious horror tropes. It does little to distinguish itself from the masses, and when it does get a chance to jump out, the film shrinks back into place and continues with a been-there-done-that narrative. There are two twists to be found here — one is obvious, the other is admittedly a surprise. Even so, everything else will be far too safe for anyone’s liking. The always talented Pearce makes the best of an unremarkable role, Derbez is oddly calm when considering the pandemonium he’s at the center of, and Stephen Lang doesn’t have a lot to do as the Archbishop.

The Seventh Day is a glaring example of presenting old ideas as new ones with little innovation to offset that fact. Given the more positive response to the director’s debut The Dark, though, we can only trust Lange’s next movie is a better representation of his talents.

“The Seventh Day does try to deviate from the formula […but] No amount of showy violence or visual effects can make up for the uninspired plot.” 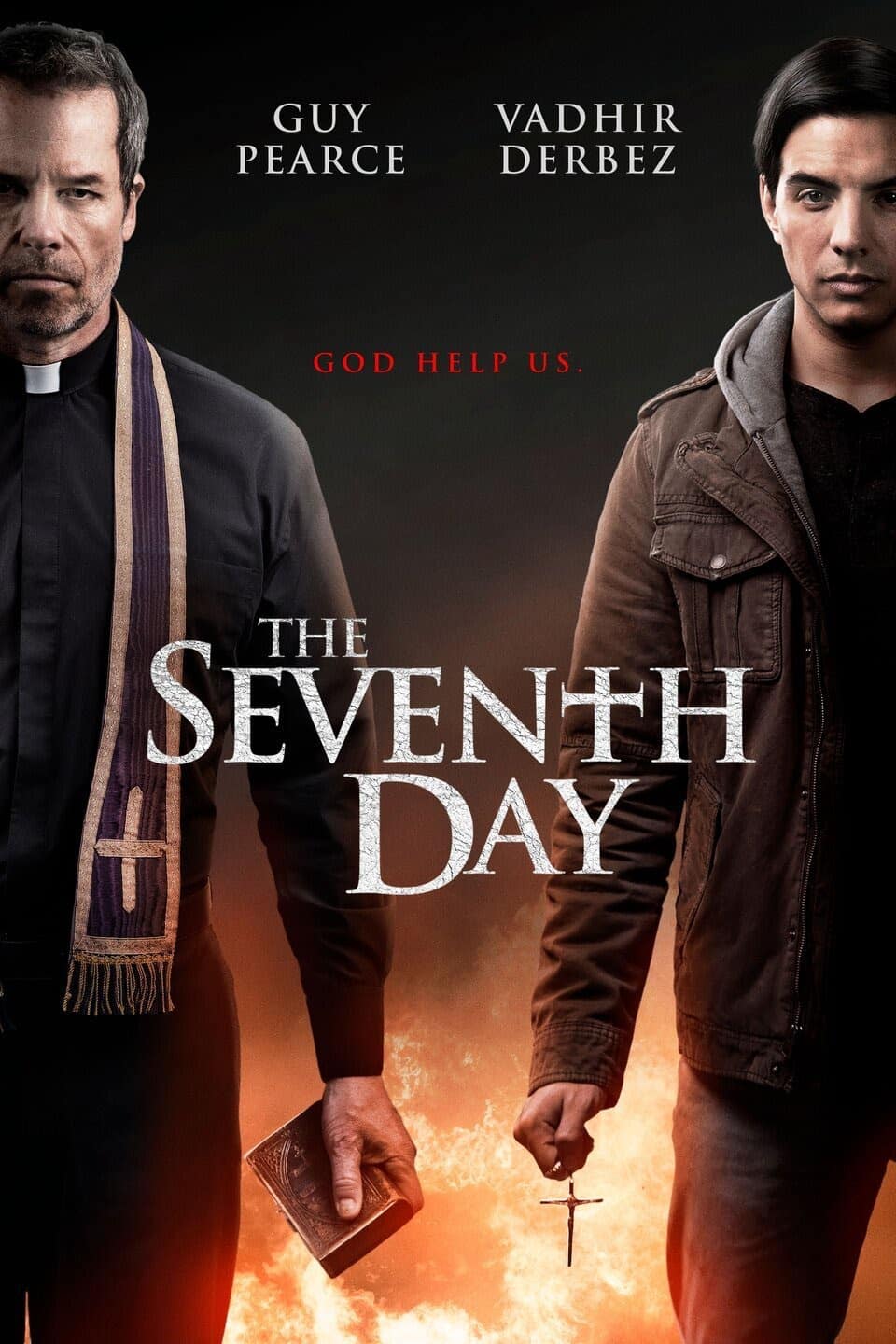 TLDR Justin P. Lange's The Seventh Day may not boost the same impact or cultivate the same interest as similar movies of the past. No amount of showy violence or visual effects can make up for the uninspired plot. A glaring example of presenting old ideas as new ones with little innovation to offset that fact.