The gremlin-infested WWII thriller Shadow in The Clouds kicks the new year into high gear with a harrowing, oo-rah thrill ride from 20,000 feet. It’s a movie that, first and foremost, has a great monster (a really great monster!) but also a MacGuffin that feels a little out of place in the story. Almost at war with itself, the monster and a mysterious but all-important satchel fight each other for screen time without ever finding a proper balance. Both stories are suspenseful and adrenaline-injected but demand more attention then they’re afforded.

It’s the late 1940s. The entire world is at war and in the midst of all that chaos, Captain Maude Garrett (Moretz) boards a bomber plane with nothing but a small satchel and Top Secret orders to protect the contents of the case at all costs. To say that the all-male crew isn’t too happy about taking on a female passenger just seconds before take-off is an understatement. They talk down to her, force her into a tiny, freezing gunner seat in the belly of the plane, and harass her over the radio at every opportunity. So it should come as no surprise that no one believes Captain Garrett when she reports seeing a monster on the wing of the plane.

Nearly half of the film takes place inside Captain Garrett’s claustrophobic gunner seat and it’s a real shame when we leave because there is a lot of great tension and story building in those early sections of the film, like a single setting radio play. There is a limit to the action you can have in such a small space but action is exactly what you get when she is forced to trade one incredibly dangerous position for another. Sadly, it’s all layed out in front of you like a recipe full of unbalanced ingredients. The gremlin-fight portion of the film and the mysterious, top-secret package portion of the film smash against each other like oil & water. They’re both thrown together and shaken thoroughly but they never really blend. Instead, over time they separate and become two elements of the same story that oppose each other, never fully blending. 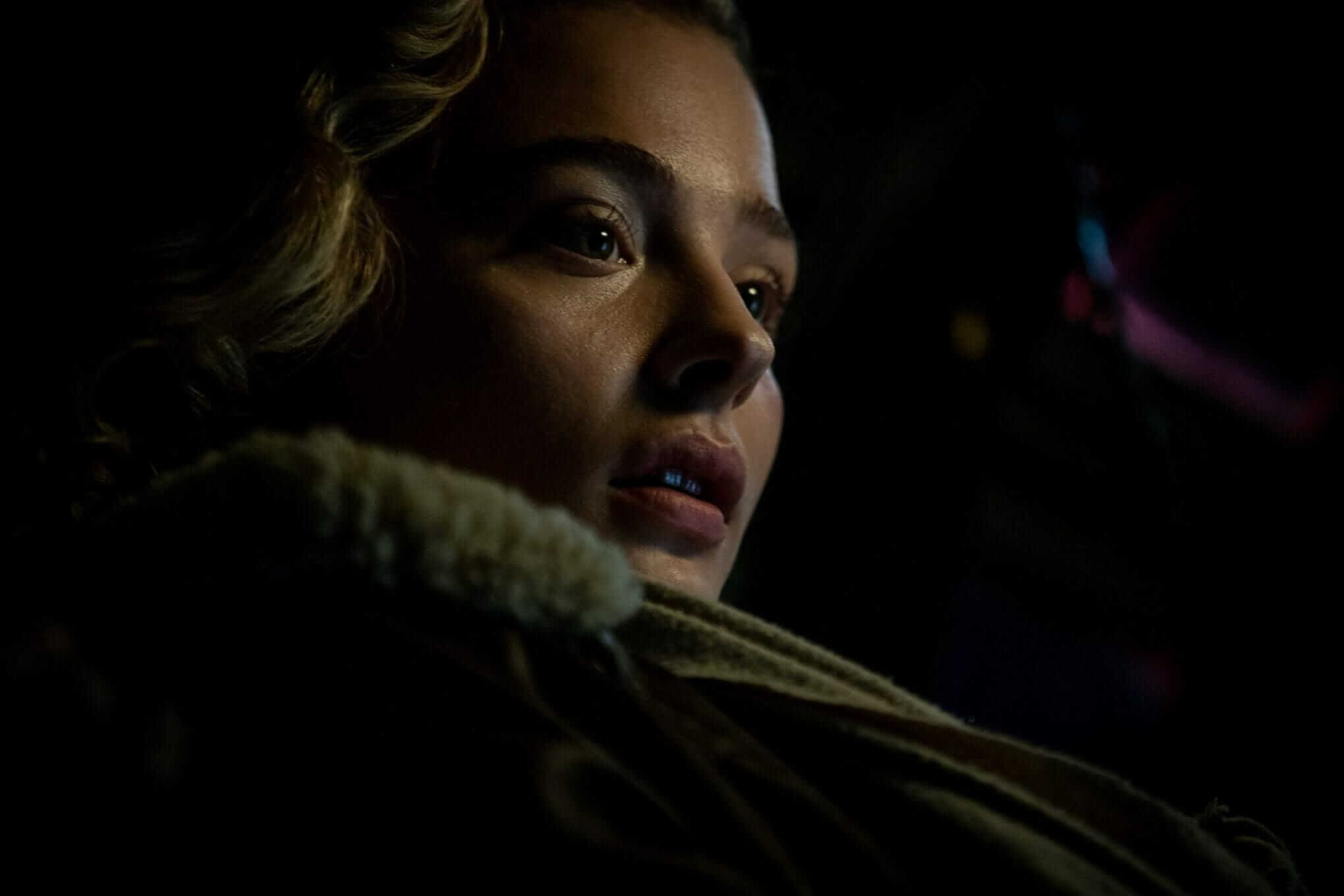 The monster mayhem of Shadow in The Clouds is what’s getting butts in the seats, but that really isn’t what this movie is about. Granted, any monster activity is better than no monster activity even if it does take a bit of a backseat now and then to deal with “the real story” now and then. Which is always a surprise, but sadly never a shock. It’s rare to see a monster movie that’s just about a monster, or a ghost movie that isn’t also about grief, or a slasher movie that isn’t about [insert popular sociological gripe].

When Shadow in The Clouds drops everything it holds precious to roll up its sleeves and fight, it’s firing on all cylinders. It’s even got an incredible synthwave score for you to fist pump with while Moretz kicks the everliving shit out of some gremlins! Despite its distracted focus to inject more mayhem into its mystery, or to add a layer of humanity to its monster moments, it’s a nailbiter that knows how to throw a punch.

“…a nailbiter that knows how to throw a punch.”

Roseanne Liang’s Shadow in The Clouds, released by Vertical Entertainment and Redbox Entertainment, hits select theatres & VOD January 1, 2021. Let us know what you thought of the harrowing WWII thriller over on Twitter, Reddit, Facebook, and in the official Nightmare on Film Street Discord. Not a social.  media fan? Get more horror delivered straight to your inbox by joining the Neighbourhood Watch Newsletter. 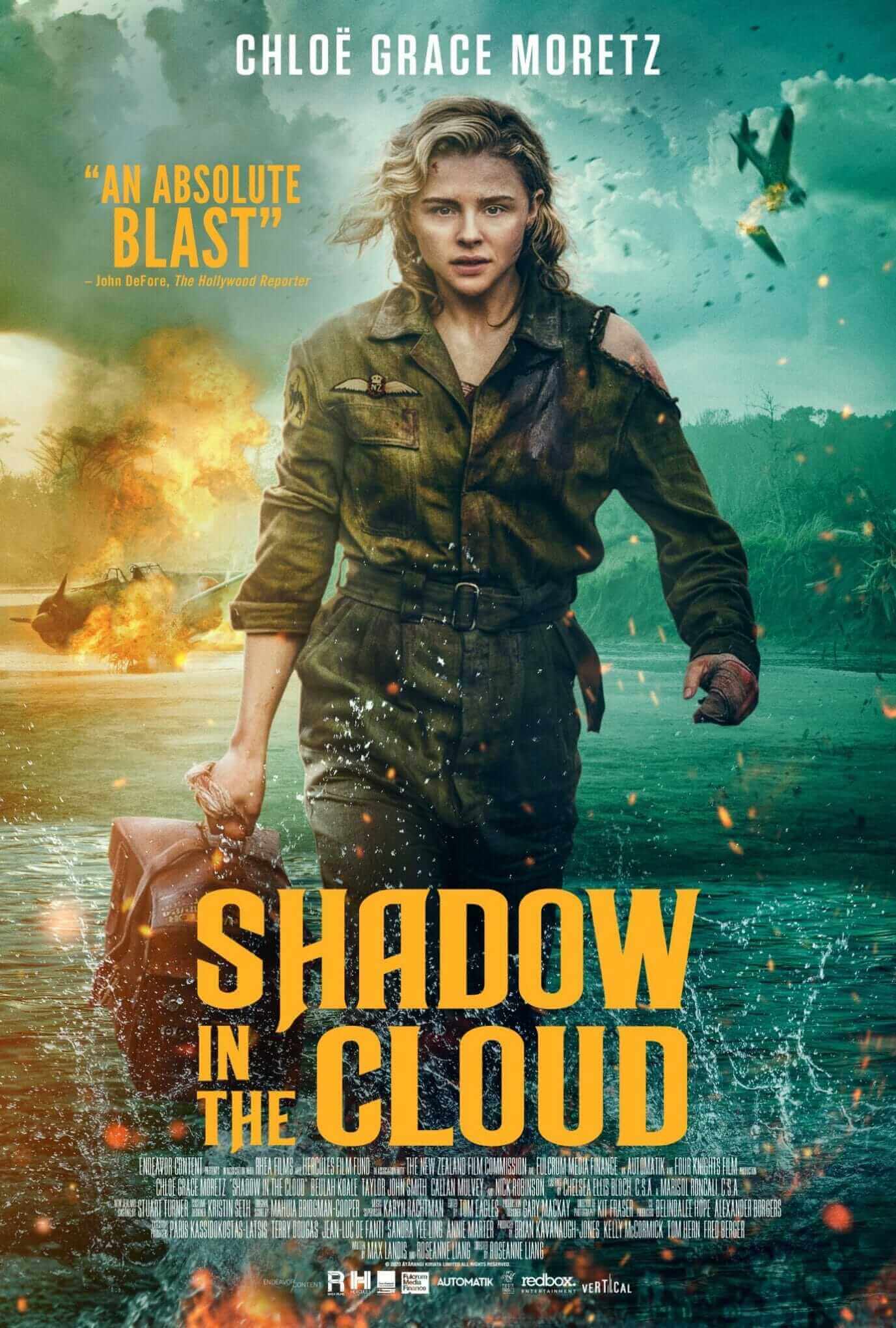 TLDR When Shadow in The Clouds drops everything it holds precious to roll up its sleeves and fight, it's firing on all cylinders. It's even got an incredible synthwave score for you to fist pump with while Moretz kicks the everliving shit out of some gremlins! Despite its distracted focus to inject more mayhem into its mystery, or to add a layer of humanity to its monster moments, it's a nailbiter that knows how to throw a punch.