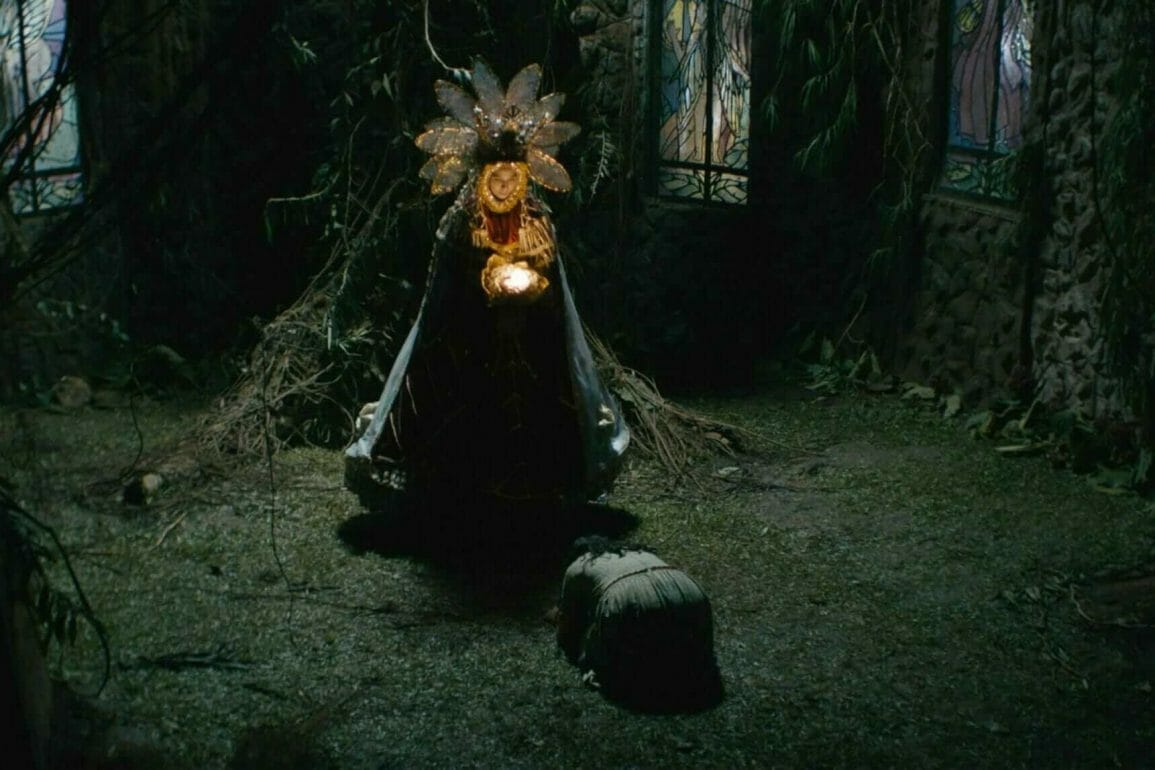 Written and directed by Kenneth Dagatan (Ma, 2018) In My Mother’s Skin stars Felicity Kyle Napuli (who gives a really impressive performance) as a young girl trying to keep her family safe from forces beyond her control. As a dark fairy tale, it’s a story that isn’t afraid to get bloody and delivers a few really good scares that feel torn from the pages of J-Horror’s “How To Scare The Pants Off Your Audience” guidebook. And for anyone familiar with the monsters and mythological creatures of Filipino lore, it will come as no surprise that the sweet, soft-spoken Fairy at the center of this fable is pure chaotic evil.

Set in the dying days of WWII, a secluded family in the Philippines becomes ensnared in a web of trickery and deceit from both supernatural and natural world. Left to take care of their sick mother when Japanese troops request their father’s presence, Tala (Napuli) and her brother Bayani (James Mavie Estrella) are feeling doomed. Death is all around them, and they know in their bones that it will come for them too if they don’t act fast. Tired of sitting around and waiting for things to get worse, they leave their home and venture into the woods looking for help. Tragically, rule #1 of any dark fairy tale is: Don’t go into the woods. 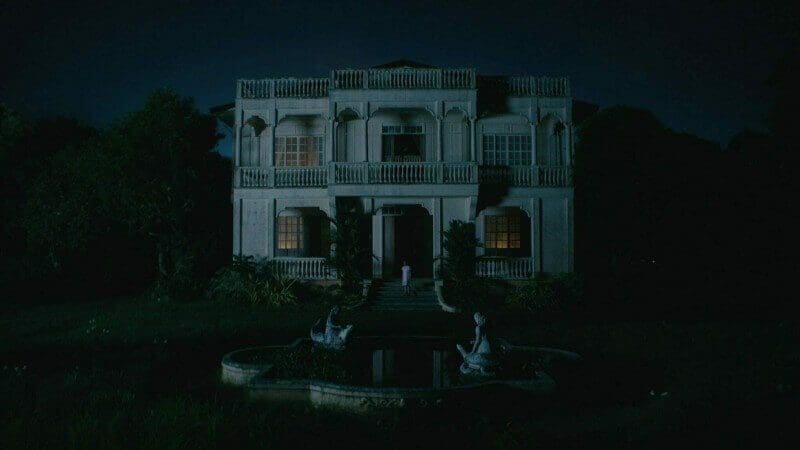 Hidden deep in the thick wooded forest, Tala discovers an overgrown cabin after being separated from Bayani. Inside she meets a striking Fairy (played by Jasmine Curtis-Smith) with extravagant garments and a vibrant headdress. She has the austerity of a queen but the untrustworthy expression of a cat staring at a mouse, despite her polite smile. To Tala’s credit, she never fully trusts The Fairy, but circumstances force her hand, and she reluctantly accepts The Fairy’s miracle-cure for her mother’s tuberculosis. Dark Fairy Tale Rule #2: Don’t make deals with anyone/anything living in the woods.

Hollywood Fairies are rarely portrayed as evil but outside of North America, they aren’t the whimsical, helpful little creatures we’ve come to know in western cinema. The Fairy of In My Mother’s Skin is mischievous and calculating. She preys on Tala’s desperation and tricks her into sacrificing their mother for her weird needs. At first, their mother seems to be healthier and happier, but it isn’t long before she develops a taste for blood and what used to be a safe home, hidden away from the horrors of the outside world becomes a confined hunting ground for the monster she’s become. 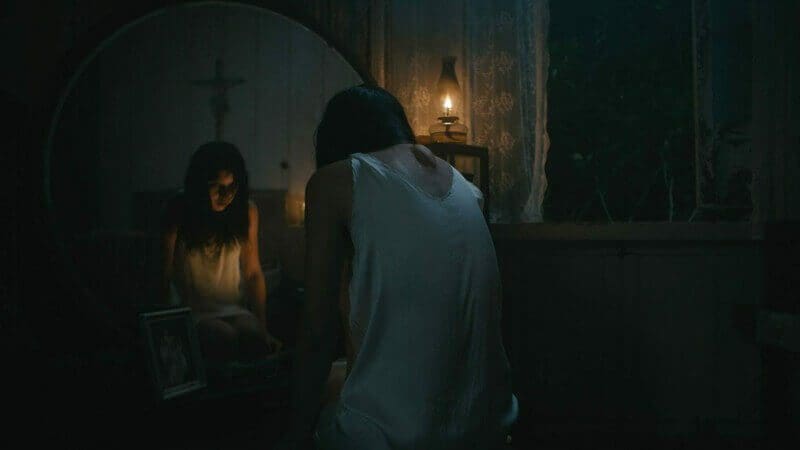 Fans of Guillermo del Toro’s Pan’s Labyrinth will especially appreciate the danger these fairy tale creatures represent although the pieces of this particular puzzle don’t quite fit together for a satisfying conclusion. It’s a very grim story with plenty of mommy monster sequences (hooray!) but one that didn’t quite work for me in its chaotic third act. I’m a bit of stickler for a good ending but I’m also a stickler about creepy creatures who eat people, which this movie definitely delivers.


The content advisory on the Sundance Film Festival page for In My Mother’s Skin warns of (or promises, depending on what you’re looking for) “extreme violence and gore”. The opening scene of the movie alone is enough to turn away most viewers, but rest assured that if you’re looking for a fairy tale with a cannibal monster that has a 3-foot-long tongue, you’ve come to the right place.

“…looking for a fairy tale with a cannibal monster that has a 3-foot-long tongue? You’ve come to the right place.”

Kenneth Dagatan’s In My Mother’s Skin celebrated its World Premiere at the 2023 Sundance Film Festival and will be available to stream on Amazon Prime later this year, although no release has yet been announced. Click HERE to follow our continued coverage of the festival’s horror titles and be sure to let us know all about your favorite dark fairy tales over on Twitter or in the Nightmare on Film Street Discord! 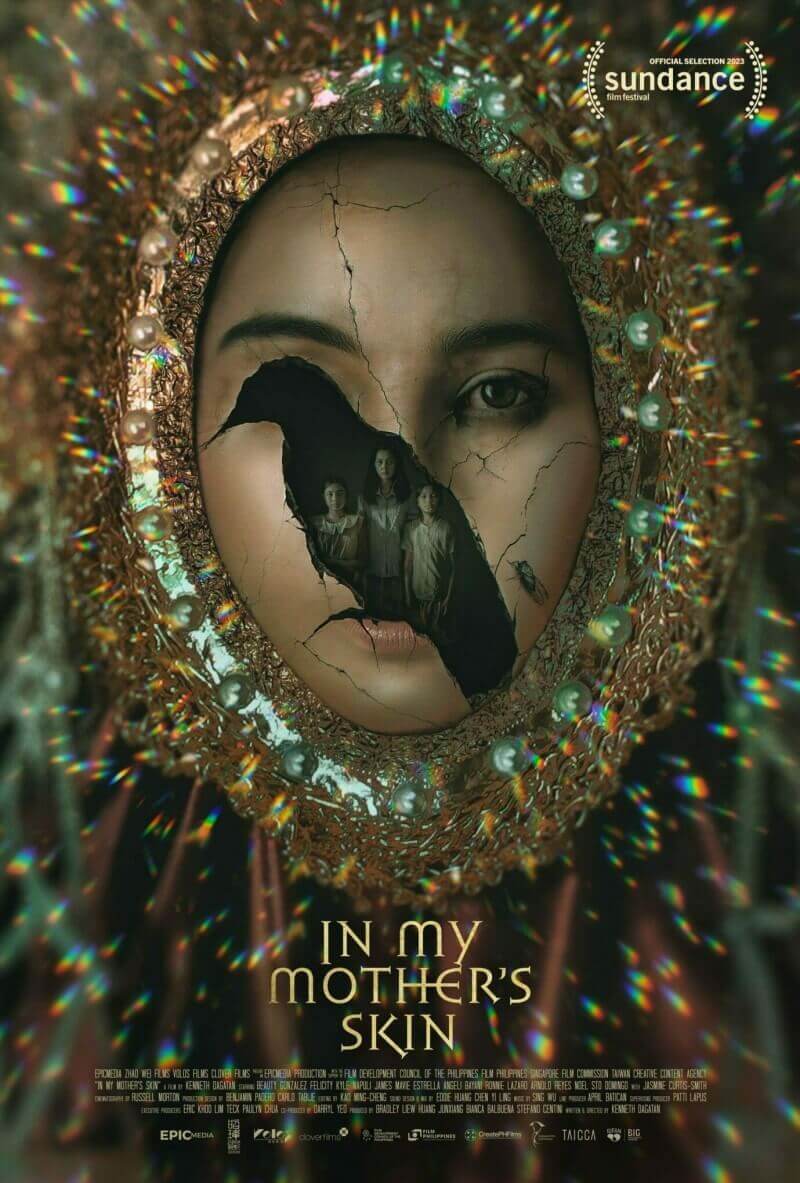 [Sundance 2023 Review] A Young Girl Turns Her Mother Into A Monster in Dark Fairy Tale IN MY MOTHER’S SKIN
TL;DR
It’s a very grim story with plenty of mommy monster sequences (hooray!) but one that didn’t quite work for me in its chaotic third act.
Special Effects
75
Scares
65
Story
50
Performances
70
65
SCORE