[Awfully Good] BOOK OF SHADOWS: BLAIR WITCH 2 is a Supernatural Mess and I Love It 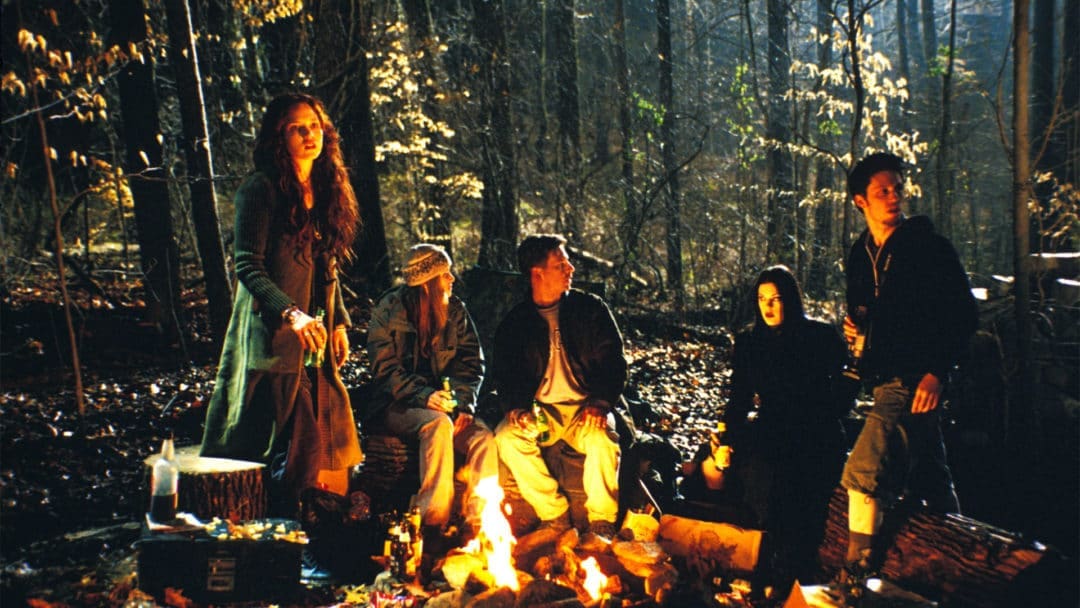 What’s up, weirdos? Welcome back to Awfully Good, where we enjoy the worst that the horror genre has to offer! Right now you might be thinking, “Hey Mac, where were the bad movie reviews for April and May?” to which I would reply: let’s not focus on past mistakes. It’s Found Footage Month here at Nightmare on Film Street and so today’s special is Book of Shadows: Blair Witch 2!

Book of Shadows: Blair Witch 2 is.. well it’s a blatant cash grab made by people who weren’t involved in the wildly successful original film. Before we get into that, though, let’s cover a couple ground rules. 1) Just because I use the terms “bad movie” or “terrible” or “a blight on the cinematic landscape” or “relentlessly cheesy” or “everyone involved in the production of this film, from the highest-ranking executive producer to the unpaid-est intern, owes the general populace a public and dramatic apology” doesn’t mean I don’t like a film. We’re here to celebrate these movies, not dump on them. 2) I guess there’s really only one rule. So without further ado, let’s jump into Book of Shadows: Blair Witch 2!

First things first: I recognize that Book of Shadows: Blair Witch 2 is not a found footage movie. It is a part of what’s arguably the most famous found footage series in history, and much of the movie revolves around the characters finding footage, but it’s not all presented from a first-person perspective. Book of Shadows: Blair Witch 2, which I’ll be referring to as Blair Witch 2 from here on out, is shot in a more traditional filmmaking style than its predecessor, and no one ever thought that it was real. Instead, Blair Witch 2 opens with a bunch of non-sequitur shots of gurneys and asylums and all sorts of places you wouldn’t want to be. The credits appear over a helicopter shot of the woods where the original Blair Witch Project kids tried to get extra credit. This single shot probably cost more than the entire first movie. Because it’s a turn-of-the-century horror movie, there’s a Marilyn Manson song playing. I have no facts to support this, but Marilyn Manson might have made more from movie soundtracks than touring; that dude was everywhere for so many years. The film follows a tour group that’s come to the Burkittsville woods for different reasons. There’s a grad student who’s researching the psychology of flipping out over a local legend, his pregnant girlfriend, who has doomed herself by being the pregnant woman in a horror movie, a *real life witch* who practices Wicca and doesn’t like the public perception of witches following the Blair Witch Project, mall goth Kim who (and I can’t stress this enough) is introduced lying on a gravestone smoking clove cigarettes, and tour guide Jeff who has a bad little goaatee. 2000! Jeff has a bunch of video cameras, so even though this isn’t a found footage movie we get the obligatory “this is all the camera equipment we’ve brought with us” scene.

They go out into the woods for their Blair Witch tour, drink some booze and smoke some Reefer Madness-strength weed, and wake up amidst all of the grad student’s notes flying through the air in tatters. They’re not having a great time, so they retreat to Jeff‘s warehouse, which is a totally normal thing for a totally normal guy to have, and try to make sense of the night before. Much of the story from here is told through the local sheriff’s investigation. He has a name, but I prefer to call him Sheriff Bolo Tie. It’s descriptive of not just his look, but his attitude.

I don’t want to spoil this movie for anyone who hasn’t seen it, but I’ll say the big plot twist of this movie is interesting, if poorly-executed. Really, much of the movie could be described this way. The writing is clumsy, the acting is strictly soap-opera level, and there’s never a dull moment.

I’ll be the first person to say that this is bottom-of-the-barrel cinema, but holy crap is it enjoyable! It’s a great movie to watch with friends, and you’ll be saying “Disemboweled, Jeffrey!” for like two hours after you watch it. Blair Witch 2 is very much a product of its time, and it hasn’t been long enough that there’s much nostalgia for the time period. It’s the kind of movie that makes you think, “Huh, every metal band did have a DJ for a while.” It’s weird, and it’s dumb, and I love it so, so much.

I think that the original Blair Witch Project is one of the most effective horror films of all time (I watched it for the first time when I was in high school, and I got up and turned the lights on ten minutes in), and Blair Witch 2 is the perfect sequel to it: one that makes very little sense, and is way, way overdone. I did a Blairathon with my roommates a couple years back, and we unanimously decided Blair Witch 2 should be the first one we rewatch. So we rewatched it, then watched the entire thing in reverse, then watched it in reverse a second time because we missed some of the secret messages hidden in it. But that’s a story for another day…

What did you think of Book of Shadows: Blair Witch 2? Did you like it? Did it make you wanna get a wallet chain and hang out in the one security-camera blindspot behind the mall, where the idiot mall manager Tony can’t see you breaking empty bottles and saying swear words?