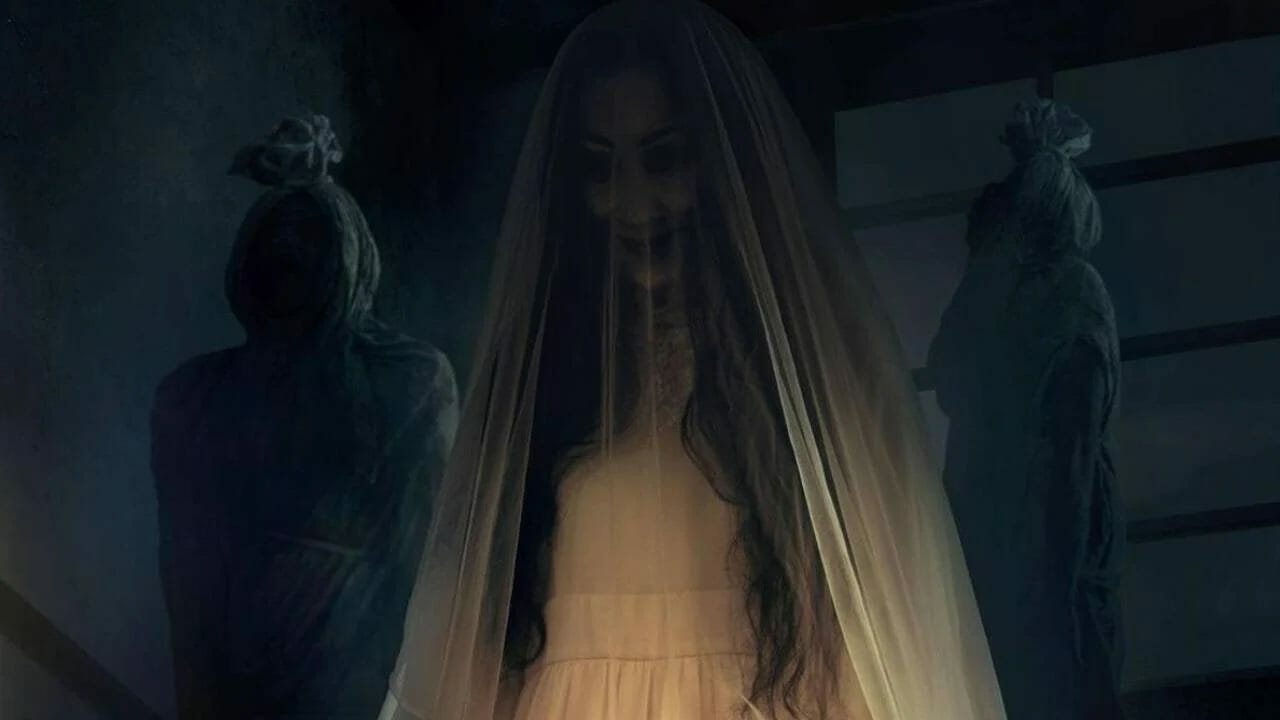 If you’ve already seen Satan’s Slaves (2017) or Impetigore (2019), you don’t need me to tell you that Joko Anwar knows how to make a really, really scary movie. His ability to create a lingering sense of dread and drop characters into living nightmares is unmatched and his newest effort, Satan’s Slaves 2: Communion, is absolutely busting with scare-your-pants-off moments of terror. 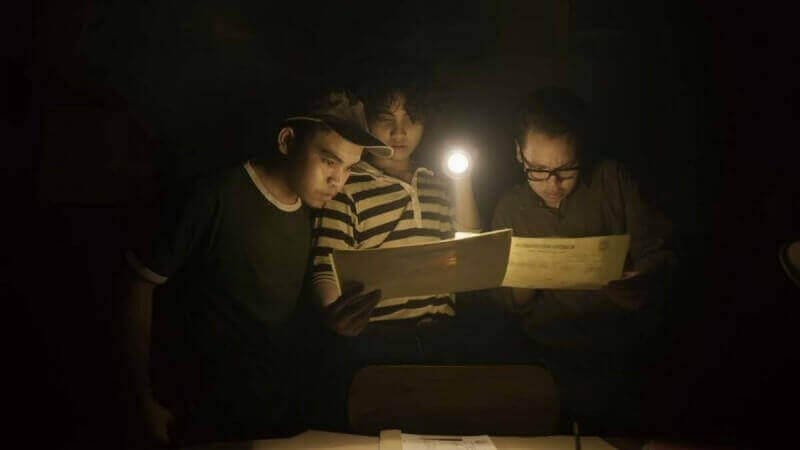 Picking up just a few short years after the wild & weird events of Satan’s Slaves (Pengabdi Setan) a family struggling to pick up the pieces of the life they had to leave behind has found themselves in a rundown apartment building trying to carve out a humble existence. After narrowly escaping the grips of a satanic cult in their remote home, they are struggling but they are together. It’s safer to live in a building, their father explains, because if anything were to happen to them again they would at least be surrounded by people that could help. Unfortunately, the devil does not shy away from a challenge.

Before long, the evil spirits that have tormented them their entire lives come knocking, but this time, they are not fucking around. And these creepy demon bastards aren’t just after Rini (Tara Basro) and her family anymore. The entire building is under the grip of these evil spirits and believe me when I say no one is safe. Old men, young women, children- the spirits don’t care. They just want to your soul for supper.

Satans’s Slaves 2: Communion works well as a stand-alone piece of supernatural horror for large chunks of the movie. It does begin to expand the lore established in the first film eventually but it’s at its best when it’s throwing ghouls in your face. And it’s got A LOT of ghouls to throw. Similar to the jump between Poltergeist and Poltergeist III (or even Demons and Demons 2), Communion takes the horror from a quiet homestead to a creepy high-rise. It’s not just a location refresh though. Anwar really mines the building for unique scares. Rusty garbage chutes, creaky elevators, dusty old basements- these are all spots we walk past regularly with some trepidation but Anwar turns them all into absolute bloody nightmares. Heck, he even manages to make an AM radio utterly horrifying!


Indonesia has become a powerhouse for horror filmmaking in the last few years. If the country is in a game of call-and-response with Hollywood, Anwar is Indonesia’s response to James Wan. As a reviewer for Nightmare on Film Street, I watch hundreds of horror movies every year. A lot of them late at night before I go to bed. Usually, I sleep like a big bearded baby but for some reason, this movie dug its claws deep into my brain. For the first time in years, I had genuine terrifying nightmares that looked like deleted scenes from this dang movie.

Satan’s Slaves 2: Communion also happens to the be first Indonesian movie ever to be shot on IMAX and it shows. It looks amazing. The ending is a little chaotic, and hurridly lays the groundwork for further sequels, but there is no denying Anwar’s abilities as a dyed-in-the-wool horror director. If you like a good scare, and you’re not worried about maybe possibly having a few nightmares afterward (unlikely but, hey, it happened to me lol), dare yourself to watch this culty creepfest.

Joko Anwar’s Satans’s Slaves 2: Communion celebrated its North American Premiere at the 2022 Brooklyn Horror Film Festival and hits Shudder November 4. Click HERE to follow our continued coverage of the festival and be sure to let us know what you think of Satan’s Slaves 2: Communion over on Twitter or in the Nightmare on Film Street Discord! Not a social media fan? Get more horror delivered straight to your inbox by joining the Neighbourhood Watch Newsletter. 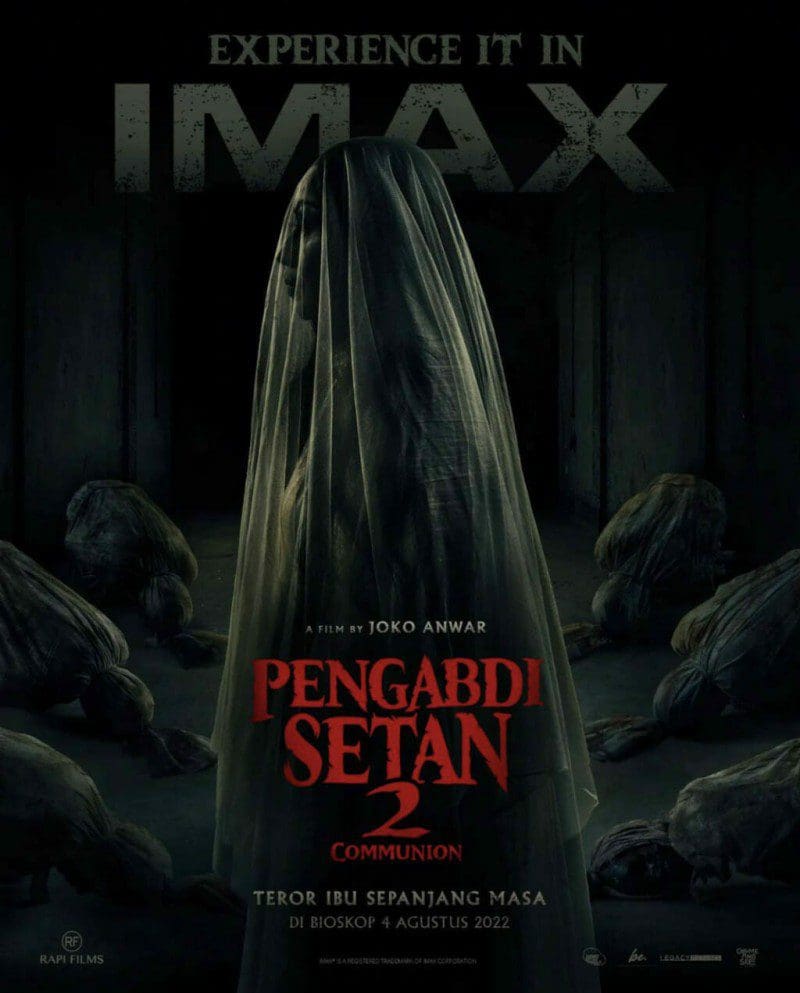 Review: SATAN'S SLAVES 2: COMMUNION
TLDR
The ending is a little chaotic, and hurridly lays the groundwork for further sequels, but there is no denying Anwar's abilities as a dyed-in-the-wool horror director. If you like a good scare, and you're not worried about maybe possibly having a few nightmares afterward (unlikely but, hey, it happened to me lol), dare yourself to watch this culty creepfest.
Story
65
Scares
90
Cinematography
90
Score
80
81