You might think comedy is the genre for “weird families,” but I’d argue it’s horror. From The Texas Chainsaw Massacre dinner table to the Fireflys‘ freakshow, this genre is rife with crazy, cringey, commonly incestuous clans. Director Sidarth Srinivasan taps into that familiar trope for his 2020 Fantasia Fest entry, but don’t expect Kriya to feel like any familial horror you’ve watched before. Whereas other horror families usually end up murdering, torturing, and sometimes eating a victim, the family of Kriya has something much stranger planned for the film’s main character.

That main character is Neel, a single, very ready to mingle young DJ. Neel meets Sitara at a busy nightclub, and the two quickly start getting hot and heavy. However, when Neel tries to hook up with Sitara in his car, Sitara rebukes him. He apologizes for going too far, but Sitara says that he hasn’t; she just “knows a better place.” That better place turns out to be her home, and while that might not seem weird on paper, it does get weird when Neel discovers her entire family is currently at that home. Not only that, but they are performing the last rites of Sitara‘s dying father. You’d think that would kill the mood entirely, but dammit, Neel is not to be dissuaded. And if that means getting roped into actually taking part in the rites, so be it.

The story of that ritual, how it transpires, why it’s happening, and how Neel gets involved, is absolutely the strongest part of this movie. However, it’s a little difficult to talk about without spoiling anything. So let me just say this: the fact that Sitara tricks a lover into being part of it is only the surface of how deeply weird this ritual gets. Kriya is a story about ancient traditions in a modern world. Part of the ritual is something that, according to tradition, can only be performed by a male heir, making it impossible to be completed for Sitara‘s son-less father. While we as a modern audience might roll our eyes at gender roles like this, the family approaches every aspect of this ritual with deadly seriousness. If that’s not metaphor enough for how we as modern people can’t escape the past, there’s also an actual ancient curse haunting Sitara‘s family. As Neel will learn, it’s anything but metaphorical.

“[…] the fact that Sitara tricks a lover into being part of it is only the surface of how deeply weird [Kriya‘s] ritual gets.”

This ritual is set almost entirely within Sitara‘s house, and director Srinivasan does an incredible job using that space to immerse the viewer in the story. Using dark tones of red and orange to light the scenes, Srinivasan makes the whole house feel like it is lit by firelight, something that goes a long way in reminding the viewer that they are far from the electric lights of modern day. This style of lighting also lends itself to a very poignant use of shadows, heightening the mystery of the movie by giving it a kind of noir feel. Finally, the use of sound in the building gives the viewer the unmistakable feeling of being in a large haunted house. In particular, there is one vocal effect that echoes through the halls of Sitara‘s home that sent chills up my spine every time it came up in the movie.

Topping off the great visual and sound effects is some impressive character work from Kriya‘s cast. The stand-out is probably Navjot Randhawa, who brings a driven, haunted, and sometimes sociopathic vibe to Sitara. Randhawa walks this fine line between normal and insane reactions to her situation, making you wonder the entire movie just what she actually wants from both Neel and her family. This contrasts well with her little sister, Sara, played by Kanak Bhardwaj. Sara is tragically empathetic; though she goes a long with all the weirdness of her family’s ritual, she knows how freaky it is and feels damned by it.

Then, of course, there’s Neel, and unfortunately, this movie’s one major weakness. Though Noble Luke does a great job playing the character, Neel‘s motivations for staying in the house were a little confusing. Yes, he’s partially there to get it on with Sitara, but when the moment is actually happening, he rebukes her, saying it’s inappropriate with her father’s body still warm downstairs. Later in the film, there’s a need to protect Sitara and Sara that Neel mentions, but it feels very “told not shown,” and didn’t come across as a natural reason for Neel to stay. Still, Noble Luke does a great job of playing a man on the brink of madness. Not understanding that character’s motivations don’t hurt the experience of the film too badly.

Maybe what makes family such a popular horror trope is how far it can go into making the viewer uncomfortable. Family gatherings and traditions are the actual definition of comfort for many, so twisting that into something sinister can be very unnerving. On the other hand, so many others know how that a family unit can be cruel and toxic, so watching an evil family event on screen is scary just for its resemblance to their reality. Whatever it is that makes family horror work is something Sidarth Srinivasan understands. Kriya is proof positive of that, and very much worth the watch.

“[Kriya] is set almost entirely within Sitara’s house, and director Srinivasan does an incredible job using that space to immerse the viewer in the story.”

Nightmare on Film Street is bringing you all the coverage of Fantasia Fest that we can fit onto the website, so make sure to check out our homepage to see what we’e got. I might recommend Paul Le’s review of survival horror Hunted, Chris Aitkens’s take on the hallucinogenic Fried Barry, or Jonathan DeHaan’s thoughts on the truly indie Survival Skills. If you’re attending the virtual festival, let us know which films have been your favorite on our Twitter, Instagram, and Facebook pages. And for all the best horror reviews online, keep lurking at Nightmare on Film Street. 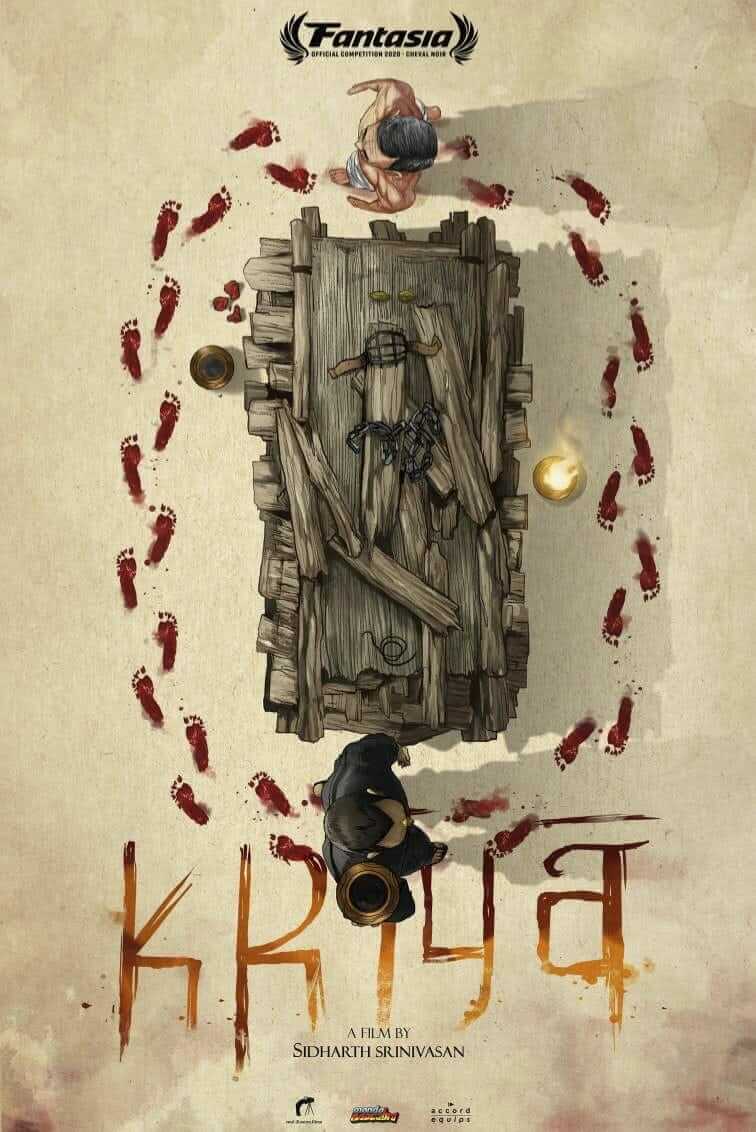 TL;DR Whatever it is that makes family horror work is something director Sidarth Srinivasan understands. Kriya is proof positive of that, and very much worth the watch.