You can fly half-way around the world to run away from your problems, but you’ll never be able to run away from yourself…especially after someone has cut off your foot. That’s the nasty business in store for our mysterious lead man in Bloody Hell, a cannibal movie that’s really about the lengths some people will go to provide for their family, and just how damn hard it is to ignore that little voice in your head that seems to always get you into trouble. 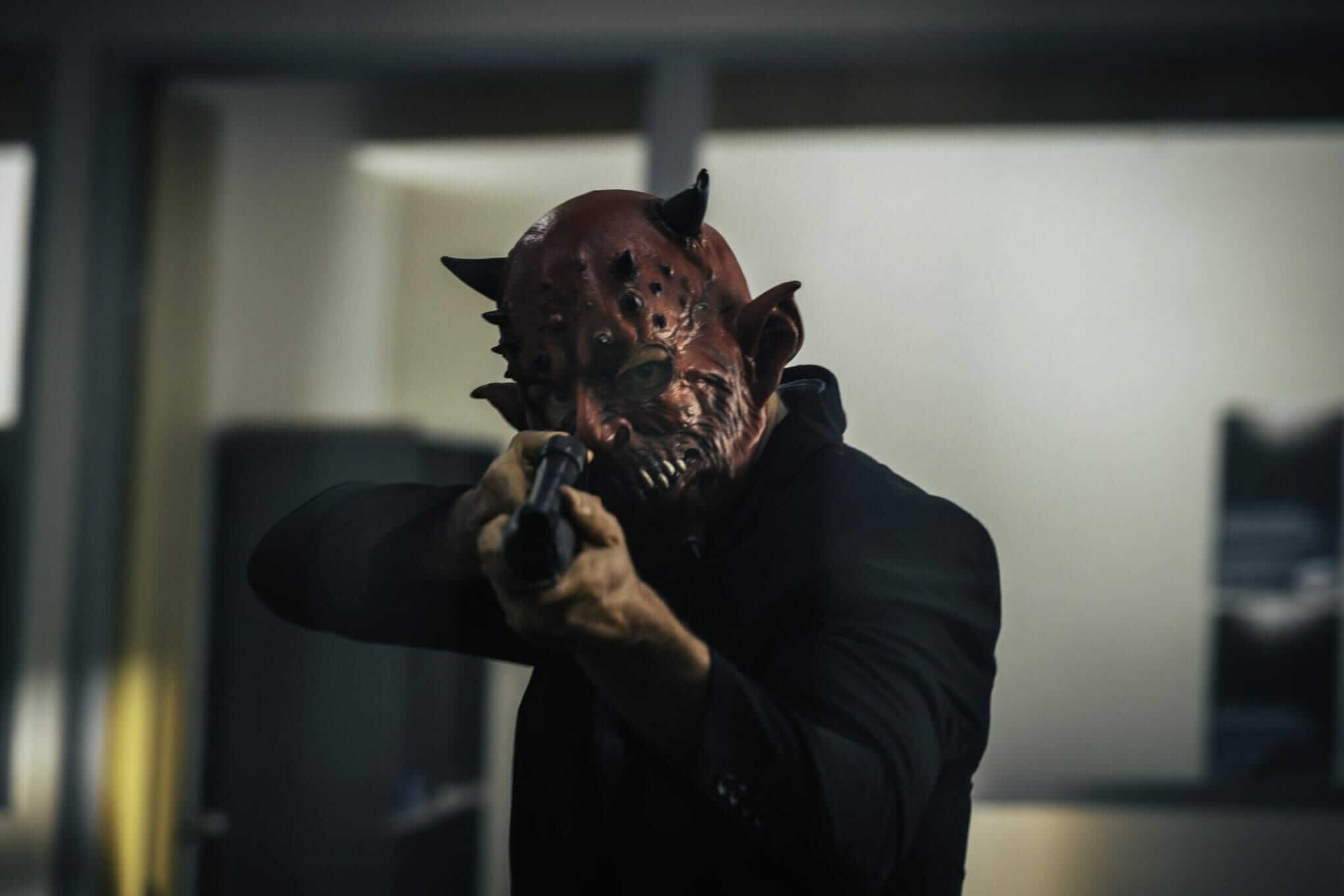 Rex (Ben O’Toole) is just a normal guy…except for that time his hero complex got the best of him and he murdered an entire team of bank robbers like it was a quick side mission in Call of Duty. His actions sparked a nationwide discussion about gun violence and vigilantism, but the death of an innocent woman is ultimately what put him behind bars for 8 long years. That and all the action movie one-liners the CCTV footage picked up when he was rampaging through the bank as if it were an audition tape for Fast & The Furious 17. Some believe Rex was an American Hero, others think of him as a careless, opportunistic idiot living out the new American Dream of justifiably killing a person in broad daylight under the guise of self-defense. Rex falls somewhere in the middle because, obviously, he regrets going to prison and losing all chances of taking the cute bank teller out to dinner, but there’s also a small part of him that feels like a rockstar who was given a raw deal.

That duality in Rex is made plainly visible because his Ego (or is it his Id? I didn’t pay enough attention in Intro To Psychology) is another character in the film. Played by O’Toole as well, Ego Rex poses for the paparazzi that Rex ignores, flips tables when he’s annoyed, makes dumb jokes, and imitates scenes from his favorite movies. Ego Rex isn’t a Tyler Durden type character though. He isn’t autonomous or acting out anything Rex isn’t already thinking, but he is as helpful as he is shitty. And Rex is going to need all the help he can get after he wakes up tied to the rafters, and without a right foot, in a Finnish basement. What was supposed to be a calm, relaxing escape from the headache and infamy that plagued him in America turns out to be a vacation from Hell, and he’s going to have to think fast if he doesn’t want to find out why they are going out of their way to keep him alive…. 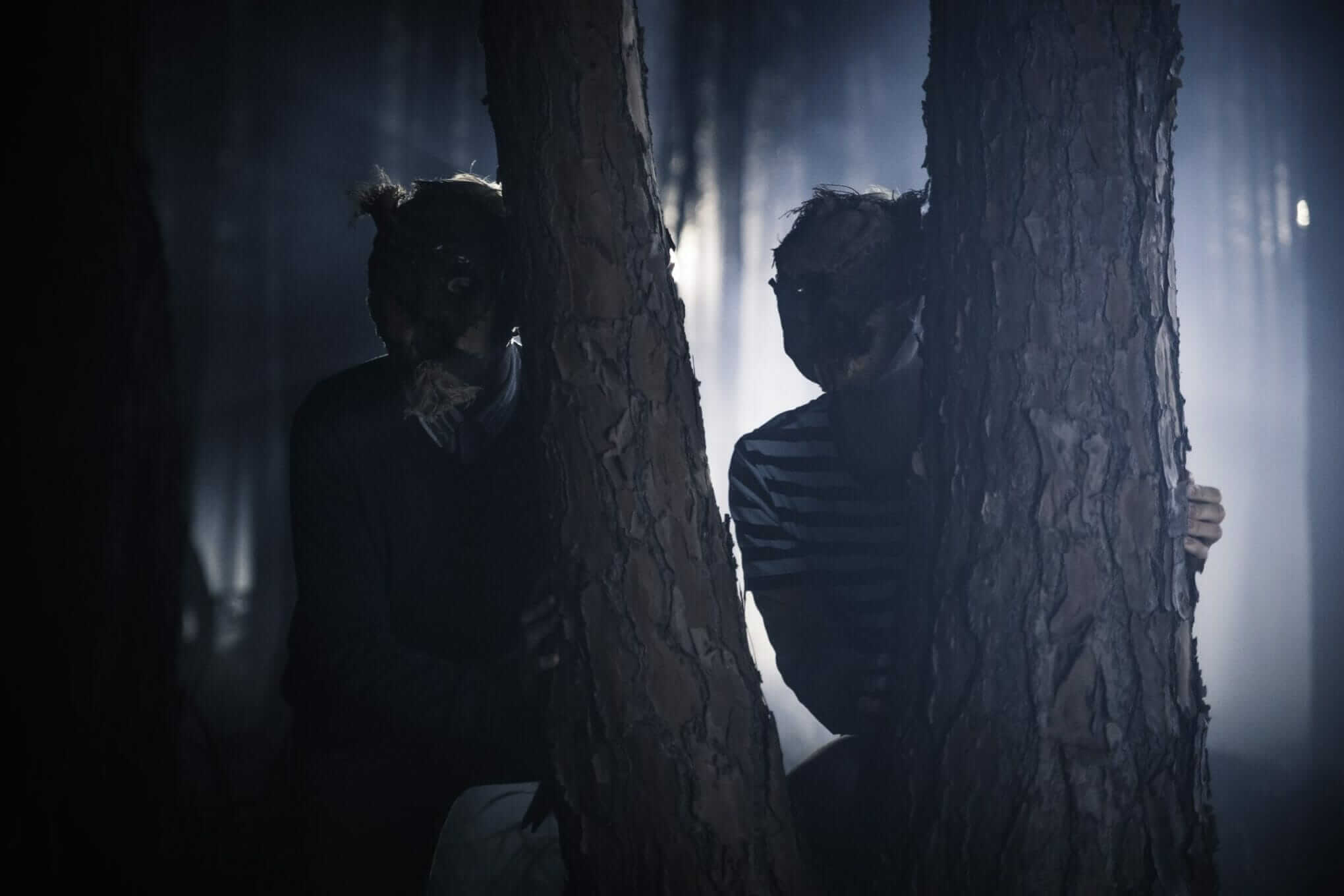 Now, I’m no expert on American law but I don’t think people charged with federal crimes are allowed to leave the country after their incarceration. Putting that all aside, it is really interesting to see a person who stepped up and became the hero he thought the situation called for, put back into the fray. Things didn’t exactly work out the way Rex thought they would and despite having spent nearly a decade in prison for his judgment, it’s that same inflated sense-of-self that’s going to get him out of this mess too. If not for Ego Rex building a plan, pulling inspiration from fist-pump moments in survival cinema, Rex might have just sat there while they cut off piece-after-piece until there was nothing of him left. I guess what I’m trying to say is that despite some half-baked ideas, the characters in Bloody Hell are a lot of fun. Especially the Finnish family that has kidnapped and crippled Rex. They ride bikes together, wear wool sweaters, and lock their misbehaving children in little wooden prisons until they learn that escape is impossible. Okay, that last bit is a little less than normal but the dynamic in the house makes for some interesting conflict between those willing to kill and those desperate to flee.

Bloody Hell is a lot of fun. The characters are fun, the dialogue between Rex and his Ego is fun, even the camerawork is fun. If you don’t like fun, I wouldn’t recommend it. Sure, there’s a moment here and there where you’ll raise an eyebrow, but you’ll find it’s hard to keep that eyebrow up when you’re chuckling to yourself about this seemingly wholesome family flipping a switch on their morals one day because their baby boy refuses to eat anything but human flesh. Like most captor vs captive movies, it’s tension is tightly wound and every plan Rex hatches is foiled or fizzles out. Of course, when escape is right there in front of him it’s that ego-driven hero complex that keeps from simply running away when he has the chance. But I’m not about to sit here and complain over a cartoonishly comedic fistfight against an entire family of psychopaths like someone who doesn’t enjoy a blood-soaked finale.

“Bloody Hell is a lot of fun [including] a cartoonishly comedic fistfight against an entire family of psychopaths [in] a blood-soaked finale.”

Alister Grierson’s Bloody Hell celebrated it’s North American Premiere at the Nightstream Film Festival. Acquired by Entertainment Squad, who is releasing the film through its genre label The Horror Collective, Bloody Hell hits select drive-ins and On Demand January 4, 2021. Click HERE to see all our coverage of the fest, and get in touch with the Nightmare on Film Street fam over on Twitter, Reddit, and in the horror movie fiend club on Facebook! For more horror straight to your inbox, be sure to join the Neighbourhood Watch! 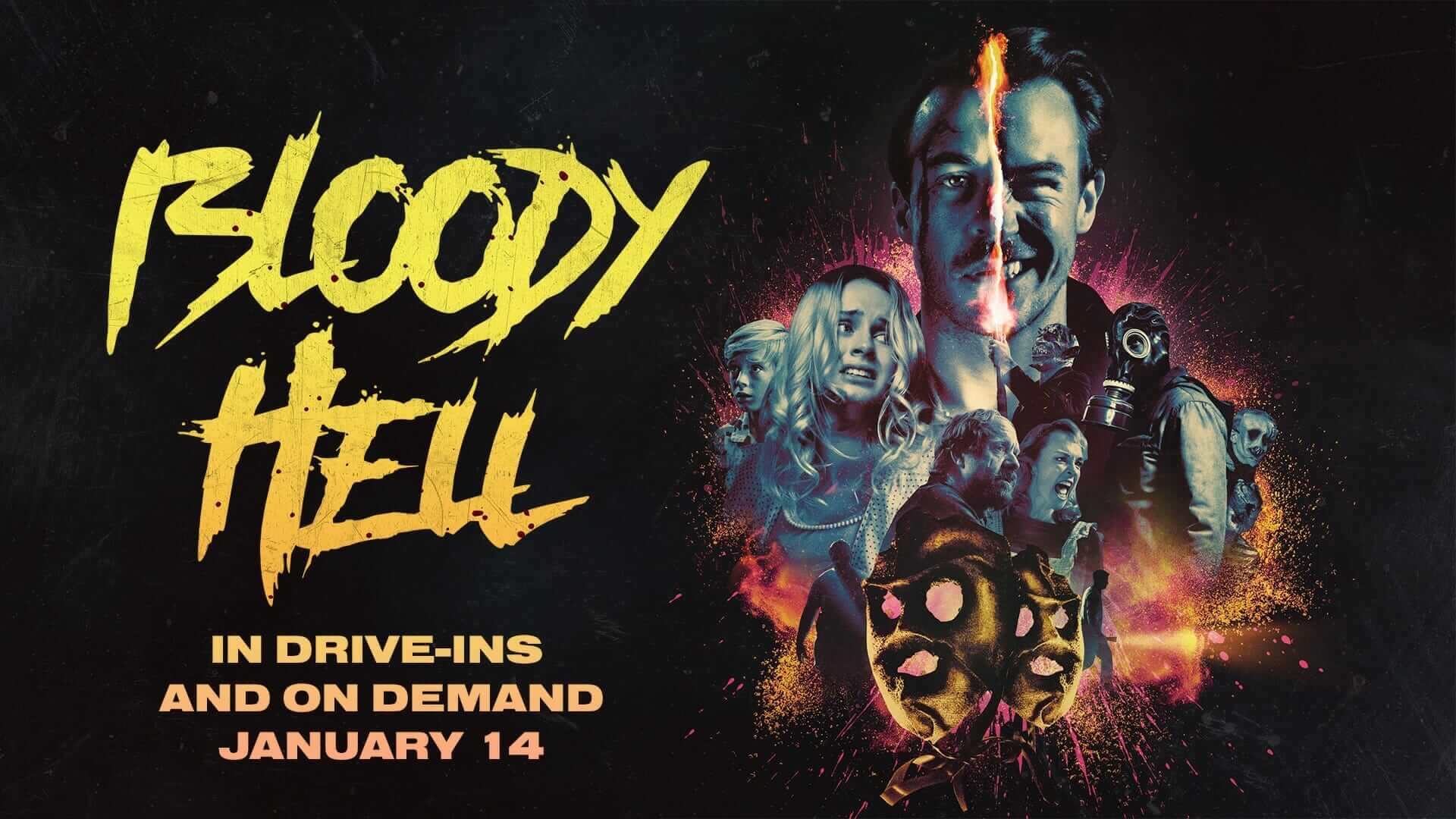 TLDR Bloody Hell is a lot of fun. The characters are fun, the dialogue between Rex and his Ego is fun, even the camerawork is fun. If you don't like fun, I wouldn't recommend it. Sure, there's a moment here and there where you'll raise an eyebrow, but you'll find it's hard to keep that eyebrow up when you're chuckling to yourself about this seemingly wholesome family flipping a switch on their morals one day because their baby boy refuses to eat anything but human flesh. Like most captor vs captive movies, it's tension is tightly wound and every plan Rex hatches is foiled or fizzles out. Of course, when escape is right there in front of him it's that ego-driven hero complex that keeps from simply running away when he has the chance. But I'm not about to sit here and complain over a cartoonishly comedic fistfight against an entire family of psychopaths like someone who doesn't enjoy a blood-soaked finale.