Written and directed by Jessee Blanchard, Frank & Zed recently celebrated it’s World Premiere at the Nightstream Film Festival. A puppeteer himself, Blanchard founded his Portland-based production company Puppetcore with two guiding principles that all lifelong muppets fans and gorehounds can appreciate. 1) “The characters are real; they just happen to be puppets” and, 2) “The effects are practical whenever possible”. If you’ve always wanted to see Gonzo get bitten by a zombie and carry out the rest of his days trying to eat other muppets’ brains, or if you ever wondered what it would look like if Dr. Bunsen & Beaker tried to stitch together several other muppets into a Frankenstien creature, Frank & Zed is the madness you’ve been looking for. 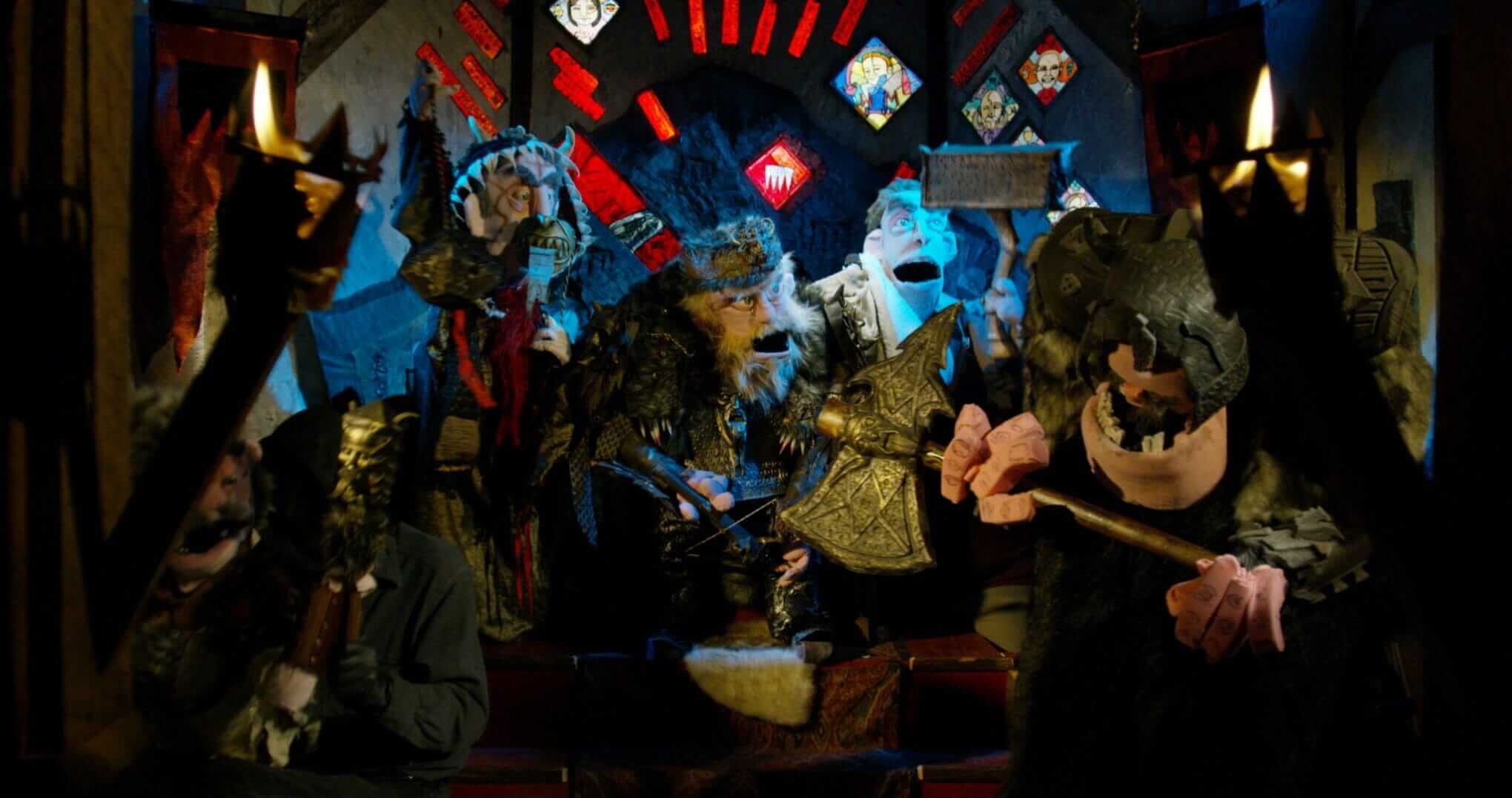 Long ago, there was an evil that reigned down on an otherwise quiet, and peaceful kingdom. Facing extinction, the king and his sorcerers made a deal with a demon to help rid them of this malevolent presence. The demon provided the king’s army with 5 golden weapons to storm the castle gates and vanquish their enemy but left them with a warning. They would all continue to live happily ever after so long as the king’s bloodline retained the thrown. If the bloodline should end, an orgy of blood would befall the land! And so, enemies defeated, the spooky castle at the outskirts of the kingdom sat vacant for generations. No living soul ever returned to that accursed place, making it the perfect hiding spot for paranormal pals Frank & Zed– the Frankenstein Creature and Zombie living out their days in isolation and solitude.

Each day Frank goes out into the forest surrounding the castle to hunt squirrels. He brings them back to the lab, chops em up on the slab, and feeds the brains to Zed. In return, Zed helps Frank connect the electrodes to Frank’s head each night so as to recharge his heart battery with lightning. Zed is definitely more of a trained pet than a lab assistant but they depend on each other for survival. It’s a meager existence, especially for Frank who’s memory is plagued by the horrors his master forced him to commit, but at least these two friends have each other. Of course, everything goes to hell when some evil shitheads discover Frank & Zed and set out to ruin everything. Never underestimate the shitheads, kids. 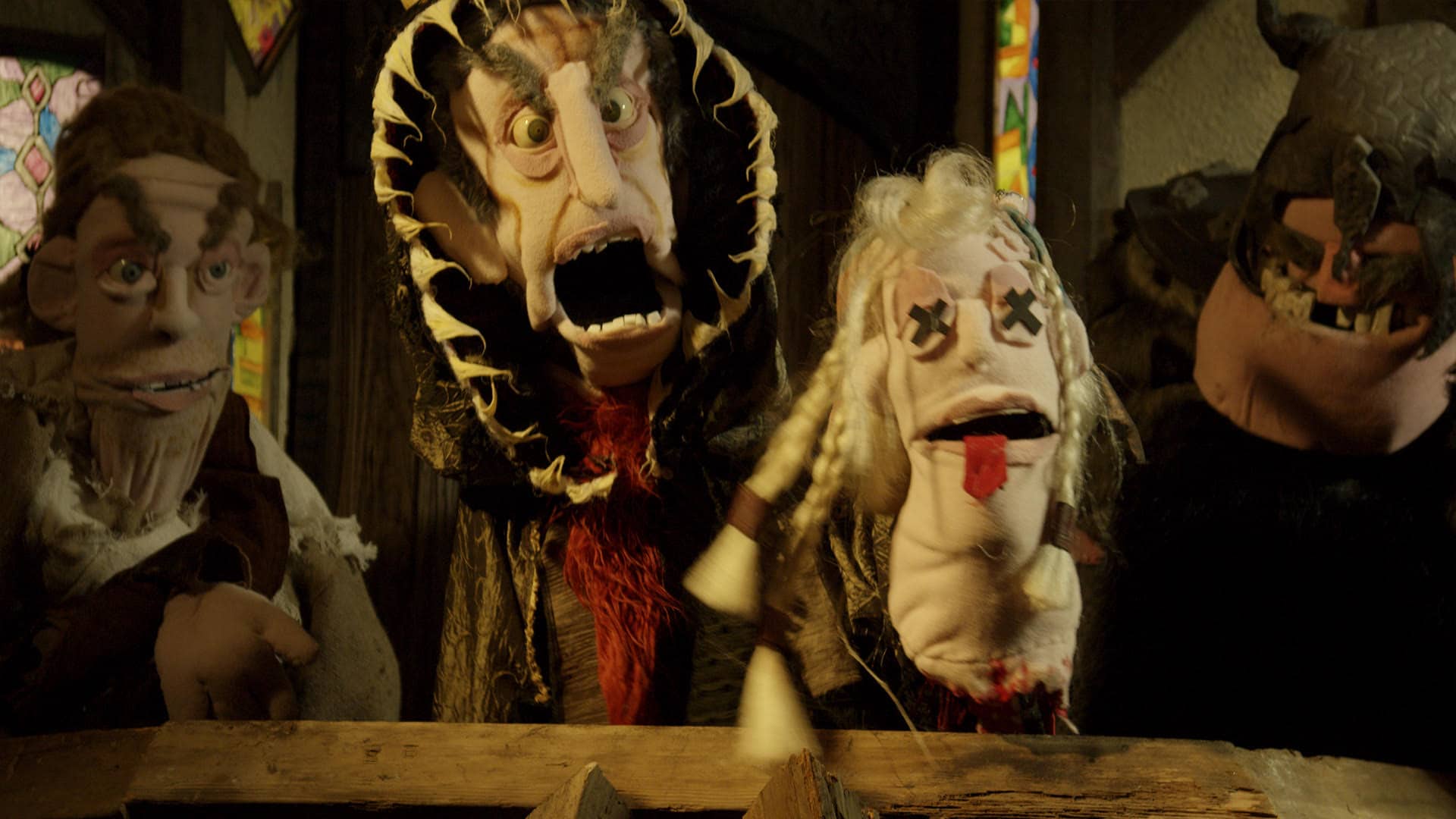 If you’re anything like me, the promise of a practical-effects driven, puppet gorefest is all the convincing you need to enjoy a movie like Frank & Zed. What might surprise you though, and what completely took me by surprise, is that heart that this movie has for its monsterific leads. Frank and Zed are bittersweet best pals who never wanted to hurt anyone and went out of their way to avoid the darkness and despair people bring to everything. Like tragic creatures from the classic Universal Monster-verse, Frank is plagued by the destruction he is capable of and Zed is a seemingly brainless monster on an unrelenting search for braaiinnns. He’s completely lost any sense of who he was and why he is now a mindless killing machine…but Frank remembers. And it’s that very memory that has made him dutybound to protect Zed.

Monster movies have always been about showing humanity at it’s best when faced with it’s worst. No one carrying torches through town would ever expect a creature they fear to have compassion but Frank (as all Franks before him) has a bigger heart than any living person he’s ever encountered. No one teaches Frankenstein Monster to be kind but he never wastes an opportunity to help someone less fortunate than himself. Imma stop gushing about these two in a minute but if you’re still on the fencepost about monster movies, look no further than Frank pulling out his own stitching to help piece his rotting friend back together. 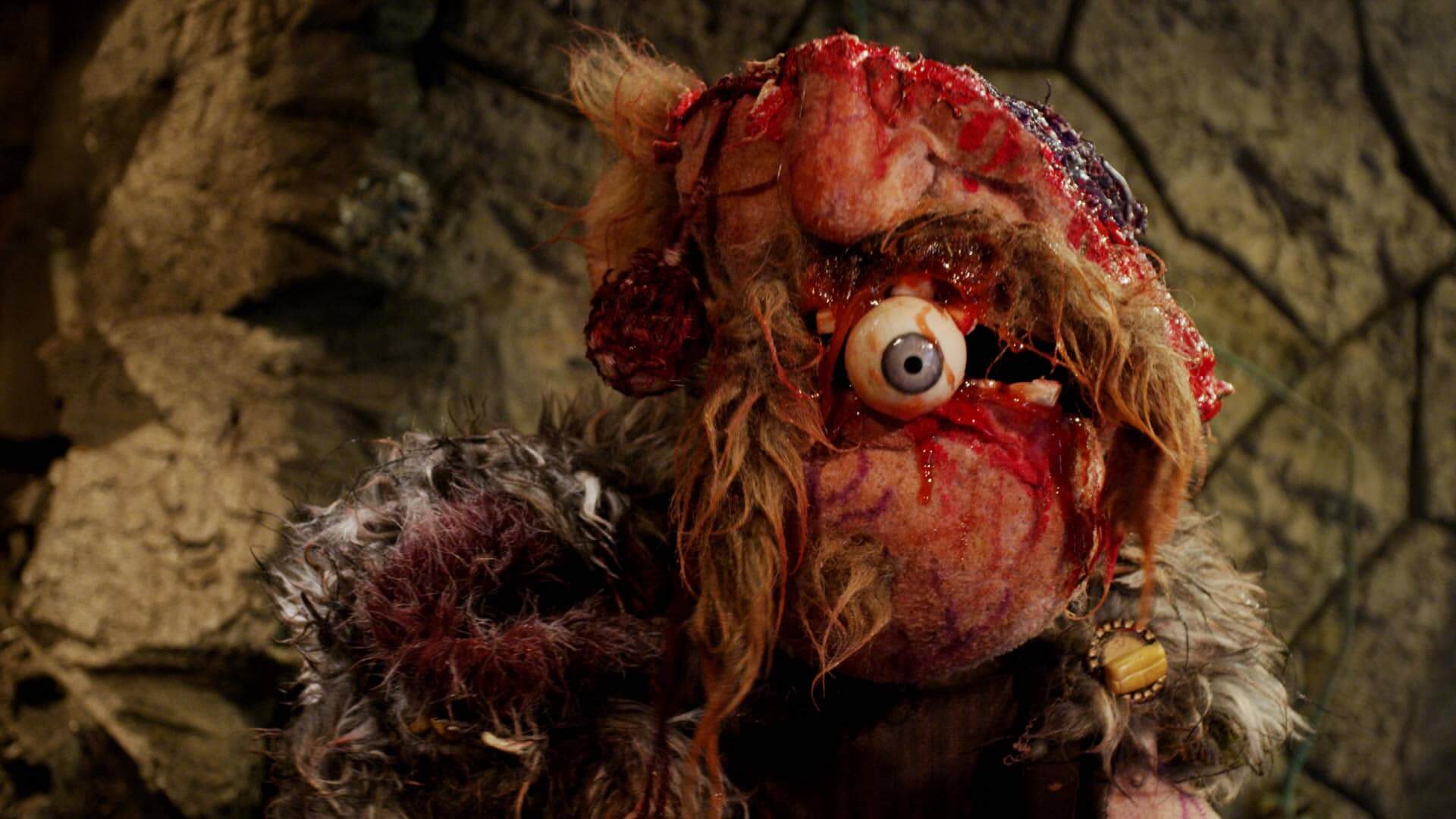 Which brings us to gore; Frank & Zed’s finale features some truly absurd, over-the-top kills that rival even Peter Jackson’s Dead Alive. It’s gory, it’s gross, it’s puppets filled with human blood and guts! And don’t be worried if you think this final set-piece is just a blip on the radar in a family-friendly-ish puppet movie. The floodgates really do open in the last 30 minutes of this movie and the massacre is wild. If anything, it’s almost a little too long. Don’t tell the horror community I said though, they might take away my gore card, but after a while it does feel like an extended gag reel of cartoonish carnage. Friends are forced to kill friends after they begin turning into zombies, a gigantic puppet terrorizes the castle like a medical Jason Voorhees, a knight’s heads is cut in half diagonally leaving a single, slimy eyeball perched atop his bulging brains. It’s absolute madness, and I loved every minute of it. Frank & Zed is the perfect movie for anyone who complains that happy endings are boring because they don’t have enough entrails.

Jessee Blanchard’s Frank & Zed celebrated it’s World Premiere at the Nighstream Film Festival. Click HERE to see all our coverage of the fest, and get in touch with the Nightmare on Film Street fam over on Twitter, Reddit, and in the horror movie fiend club on Facebook! For more horror straight to your inbox, be sure to join the Neighbourhood Watch!

TLDR Frank & Zed's finale features some truly absurd, over-the-top kills that rival even Peter Jackson's Dead Alive. It's gory, it's gross, it's puppets filled with human blood and guts! And don't be worried if you think this final set-piece is just a blip on the radar in a family-friendly-ish puppet movie. The floodgates really do open in the last 30 minutes of this movie and the massacre is wild. Friends are forced to kill friends after they begin turning into zombies, a gigantic puppet terrorizes the castle like a medical Jason Voorhees, a knight's heads is cut in half diagonally leaving a single, slimy eyeball perched atop his bulging brains. It's absolute madness, and I loved every minute of it. Frank & Zed is the perfect movie for anyone who complains that happy endings are boring because they don't have enough entrails.