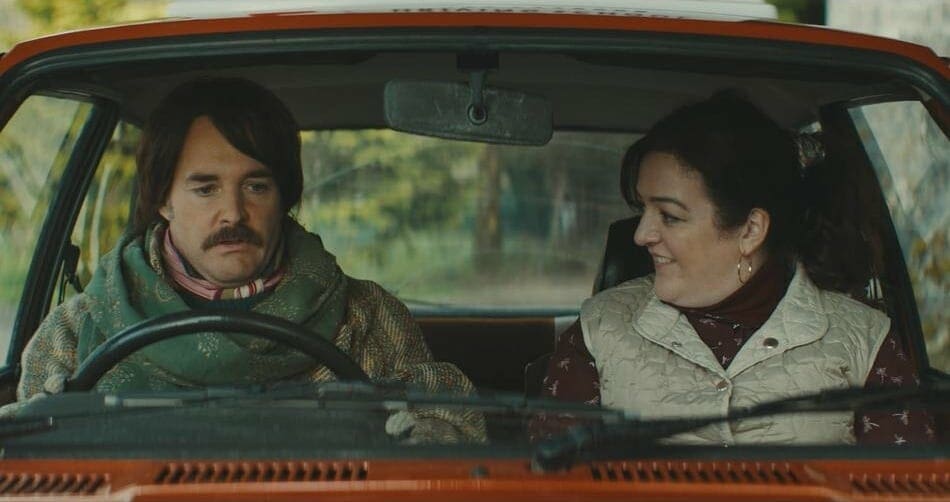 Mike Ahern, Enda Loughman’s Extra Ordinary is a delightfully charming Irish comedy and quite possibly the cutest ghost story ever made. I’m by no means a Grinch about lighthearted and fun-loving stories but, without a doubt, my horror-hardened heart grew 3 sizes the day I saw this surprisingly sweet film. Extra Ordinary is the feature film debut of Mike Ahern and Enda Loughman who also hold screenwriting credits alongside Demian Fox and lead actress Maeve Higgins. The film stars Barry Ward (The End of The F***ing World) Will Forte (The Last Man on Earth), Claudia O’Doherty (Love), and Maeve Higgins as the awkward and affable Rose. An absolute delight from start to finish, Extra Ordinary is a reminder that you can always choose to look on the brighter side of life, even when you’re surrounded by pesky and bothersome dead things.

The sweet and loveable (but lonely) Rose comes from a family of paranormal researchers that locals have come to depend on when things go bump in the night. When we first meet Rose she wants nothing to do with her “talents”. She seems to be the only one in town uninterested in her ability to bust ghosts, trying to establish herself a humble driver instructor. Despite her insistence, she sits at home each night listening to voicemail messages from people in…well, not distress but in need of assistance with pesky apparitions. Haunted toasters, poltergeist-infested green bins, ex wives not upholding the “’till death do us part” clause of their vows- the village is rife with paranormal goings-on.

Across town, Martin (Barry Ward) is having a really rough time keeping his daughter safe from a washed-up, devil worshiping rock star (Will Forte) that needs her virgin soul for a sacrifice to The Dark Lord. When Rose first meets Martin, she’s smitten but her heart breaks a little when she learns that he wasn’t exactly forthcoming when he called for driving lessons. But Rose cannot stand idly and let the young girl come to harm. With the help of a desperate and sheepish Martin, Rose embraces the abilities she swore to leave behind and save the day! And you know what they say, the quickest way into a man’s heart is to protect his daughter from being devoured by inconsiderate demons.

Movies like Extra Ordinary are why we need more words stronger than “cute”. Every single character in the film is adorable. From our charming leads, to quirky townspeople (not to mention an entire supporting cast of delightful haunted objects), the movie is filled top to bottom with characters you will absolutely love. There is an infectious sense of childlike glee that runs through every frame that had me smiling from beginning to end. As horror fans we can sometimes find ourselves buried under a mountain of intense, and down-right disturbing films. It’s always refreshing to know that the same stories that scare us can be told in such a way that we’re reminded just how bright and cheery genre-film can be. 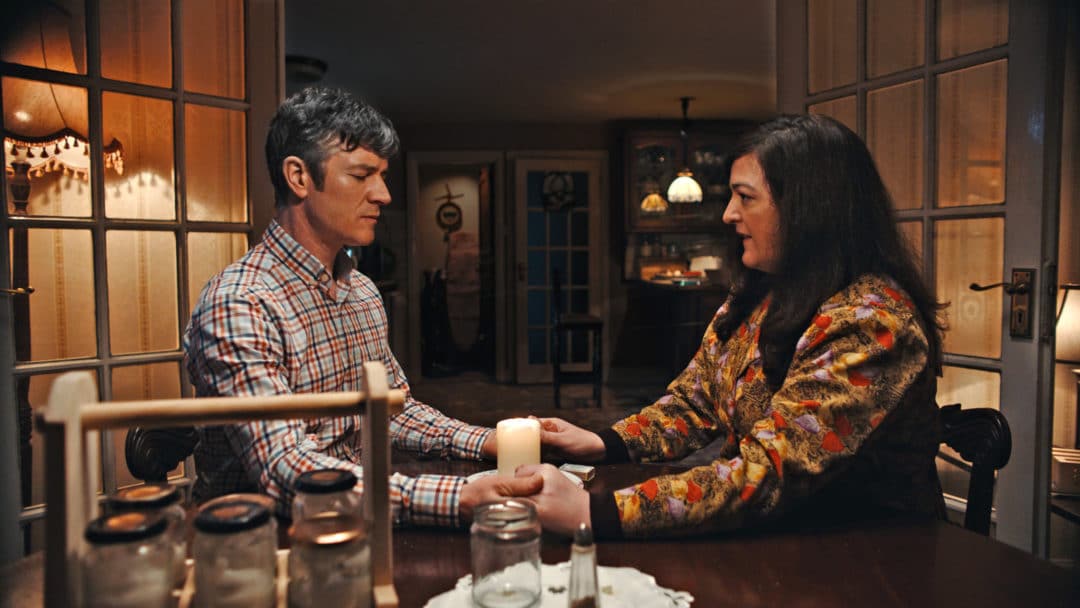 Will Forte and Claudia O’Doherty are two names in comedy that never disappoint, and there performances as the dastardly satanist couple Claudia & Christian Winter are truly hysterical. Forte’s goofy over-confidence is a well of humor that never runs dry and O’Doherty’s performance as the surprisingly mean-spirited co-conspirator cuts through every scene like a chorus of insult comics. The two are a perfect foil for Rose, a cheery and jovial soul played with absolute sincerity and heart by Maeve Higgins. There is a quiet sadness that Higgins brings to her character that makes her all the more sympathetic but she really shines in her head-over-heels, high-school-crush love for Martin. And it would be downright criminal of me to not mention Barry Ward’s talent for becoming several characters over the course of the film as he is asked to allow spirits to take him over so Rose can milk them for their ectoplasm. A super gross but also super funny take on the ghost story staple.

If you aren’t smitten with the characters in Extra Ordinary, you may want to consult your local paranormal investigator to uncover the identity of the thief that has stolen your soul. If there was one movie this year that felt like a warm hug and gentle tickle, Extra Ordinary is it. I want an entire series of films set in this quirky and optimistic world so that I can spend hours hooting and hollering at the feel-good vibes this Frighteners-esque comedy was delivering non-stop. Do not miss any opportunity you have to bliss out on this goofy, ghost-filled love story.

We caught Extra Ordinary as part of the 2019 Overlook Film Festival in New Orleans, Louisiana. Stick around Nightmare on Film Street for even more festival coverage, and check out our Twitter and Instagram pages for highlights from the event.

Review: EXTRA ORDINARY (2019)
TLDR
If you aren't smitten with the characters in EXTRA ORDINARY, you may want to consult your local paranormal investigator to uncover the identity of the thief that has stolen your soul. If there was one movie this year that felt like a warm hug and gentle tickle, EXTRA ORDINARY is it. I want an entire series of films set in this quirky and optimistic world so that I can spend hours and hours hooting and hollering at the feel-good vibes this FRIGHTENERS-esque comedy was delivering non-stop. Do not miss any opportunity you have to bliss out on this goofy, ghost-filled love story.
Heart
100
Humor
85
Style
90
Ghosties
100
93