It’s a very special Nightmare Alley edition of the Nightmare on Film Steet horror movie podcast on the brand new, rip-roaring found footage film – DASHCAM! Your horror hosts Jon & Kim are joined by the film’s co-writers Jed Shepherd and Gemma Hurley to get a look behind the most chaotic and intense horror film of 2022; how it was conceived, how it’s been received, and just what makes a good found footage movie. Dashcam is in theatres and on digital now.  Joinn usss.. 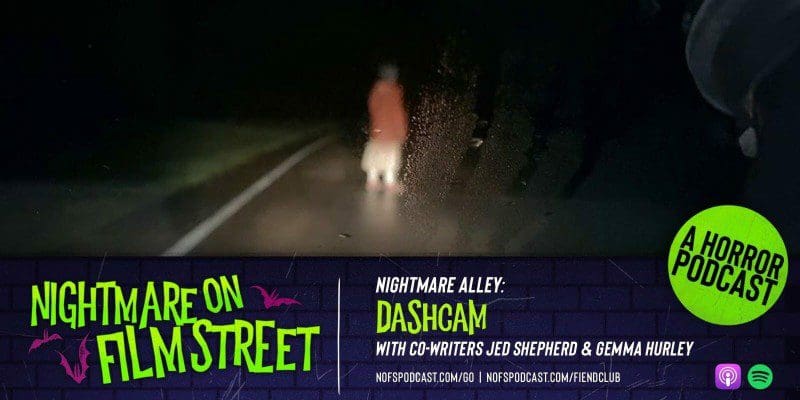