[Podcast] Nightmare Alley: In Conversation with Mickey Reece, Director and Co-Writer of CLIMATE OF THE HUNTER

Welcome back to Nightmare Alley, the spooky sidestreet podcast in the Nightmare on Film Street feed! This week, Jon & Kim are joined by Mickey Reece to discuss his shag carpet covered, psychedelic vampire dinner party Climate of The Hunter. Reece is an incredibly prolific indie filmmaker based out of Oklahoma city responsible for some of the most unique and head-turning films on the festival circuit today. Climate of The Hunter is Mickey Reece’s 27th feature film and he joined us this week to talk about the film’s strangest choices, quirkiest moments, and cinema’s dorkiest Dracula. Join uss..

Let us know what you thought about this week’s episode on Twitter @NOFSpodcast, and the brand-spanking-new NOFS Discord Server to continue the conversation! You can read Grant DeArmitt’s full review of Climate of The Hunter HERE. 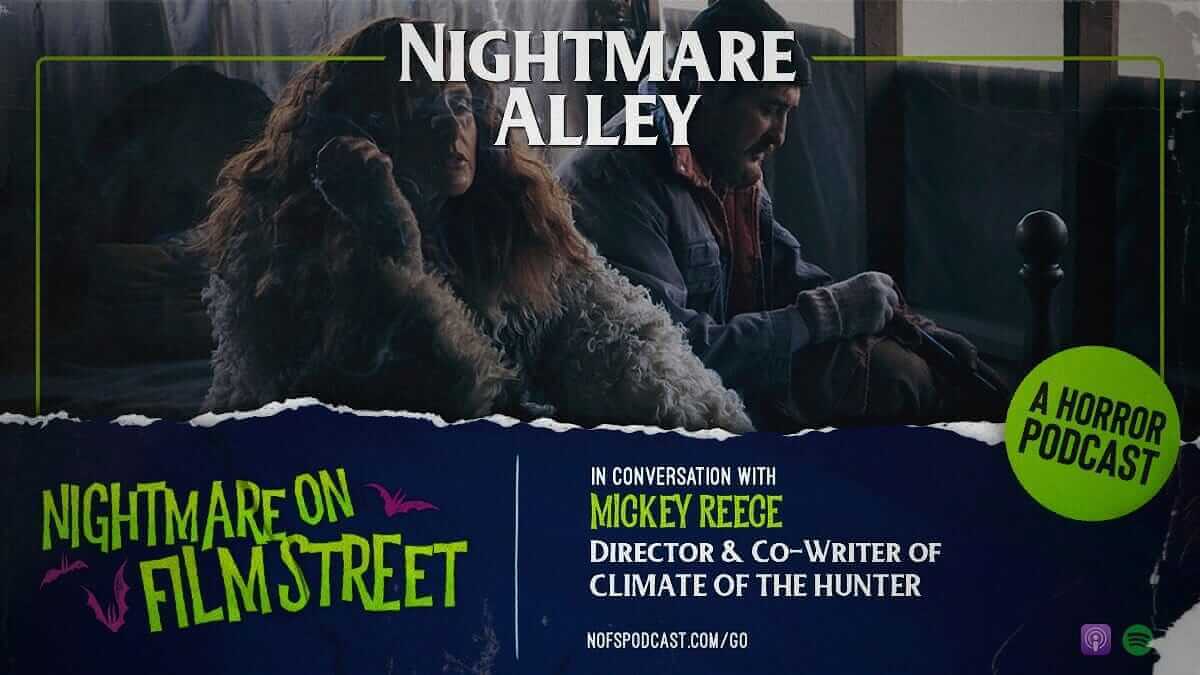