We’re joined by Lloyd Kaufman on this week’s episode of the Nightmare on Film Street podcast! Join your horror hosts Kim and Jon as they interview the king of gross-out cinema about his new (and maybe final) film #SHAKESPEARESSHITSTORM, celebrating 50 years of Troma, the state of cinema today, and just how smart chickens are. We also get serenaded with a clarinet.. TWICE!

Unlock access to exclusive bonus content and earn some other frightfully good rewards; including watch parties, merch discounts, and swag (like membership cards, stickers, and temporary tattoos!) by joining the Nightmare on Film Street Fiend Club. This week, Fiend Club members have instant access to the first episiode of Nightmare on Film Street’s Never Sleep Again podcast series, reviewing the entire A Nightmare on Elm Street franchise in one gigantic 39-hour recording session! 9 Movies. 9 Podcasts. No Sleep. Come To Freddy… 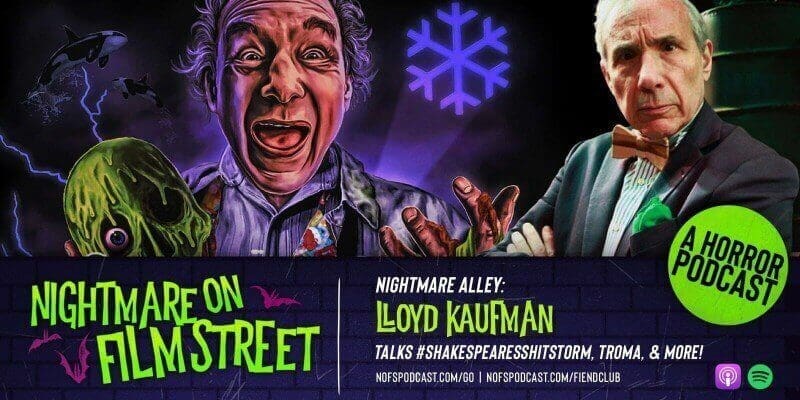