On this week’s episode of Nightmare on Film Street, your horror hosts Jon & Kim are joined by writer/director Gigi Saul Guerrero to discuss her new film Bingo Hell, self-described by Guerrero as “Grumpy Old Men set in the Rob Zombie universe”. Tune in to hear all about the badass ladies and the slimy practical effects oozing all over this wild addition to the ever-growing Welcome To The Blumhouse roster that can only be described as “Willy Wonka mixed with Needful Things“. Joinn usss… 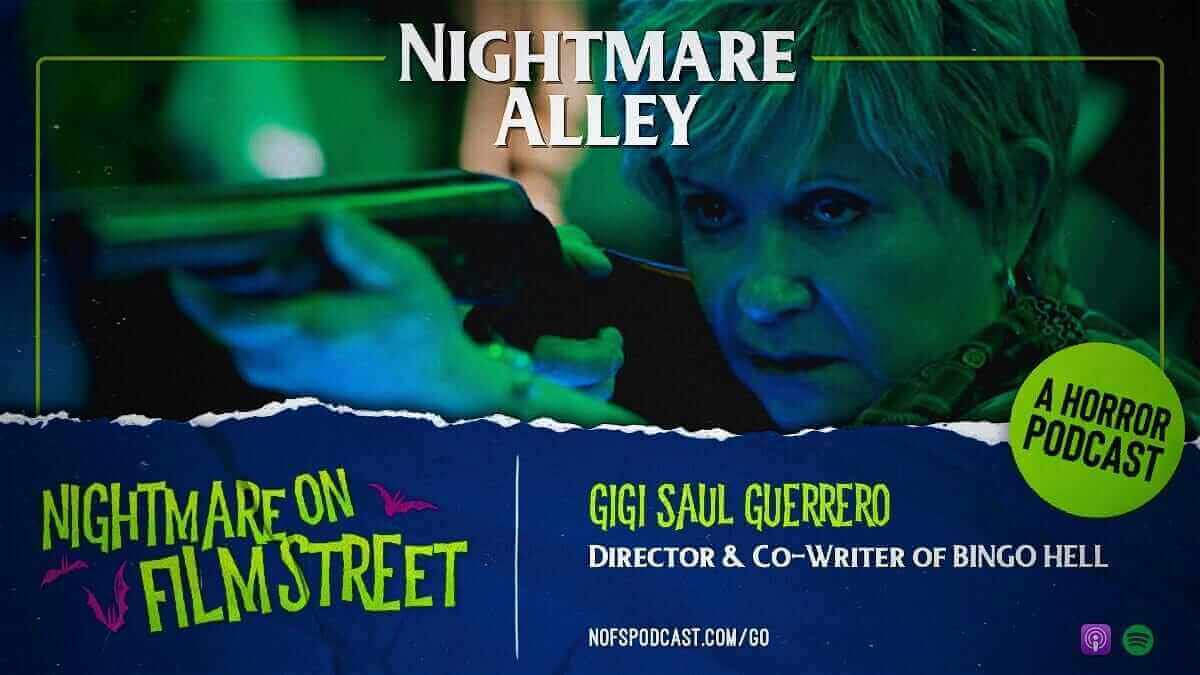