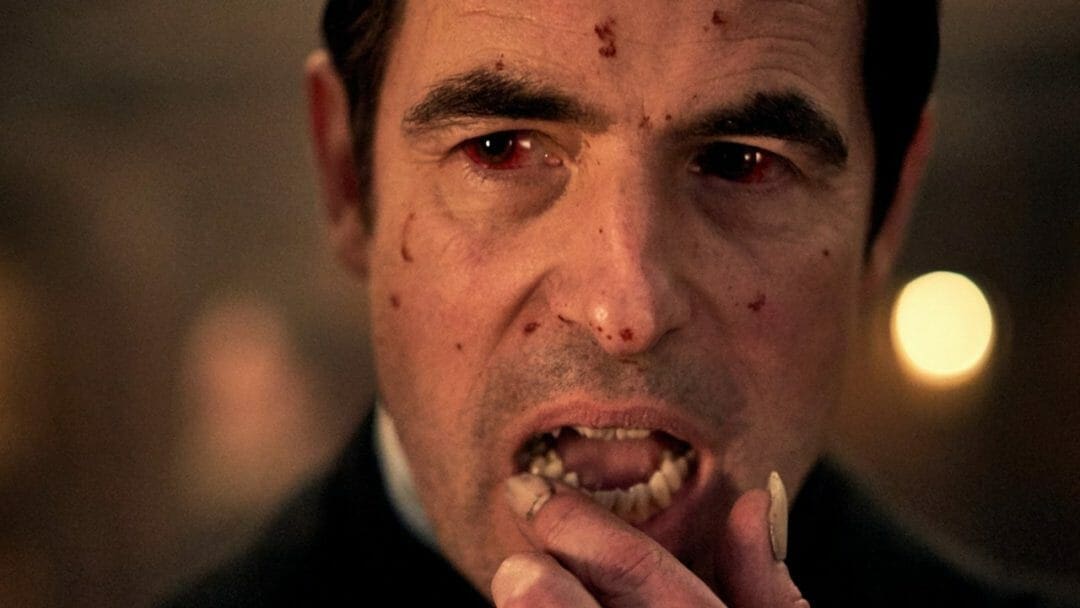 Dracula is king among monsters. We’ve worshipped him in the pages of Bram Stoker’s classic novel, and we’ve groveled at the feet of the films inspired from it; Bela Lugosi’s turn in the quintessential Dracula (1931), the unofficial but inspiring Nosferatu (1922), and Francis Ford Coppola’s callback Bram Stoker’s Dracula (1992), to name a few.

Deliciously addictive but not altogether satiating, Dracula is an ambitious and bingeable series that starts off with a bang in Part I and slowly tapers into something that is on par with most made-for-tv fodder. Can our boy Drac hack it among his many predecessors? Read on.

In Part I, we first meet Dracula (Claes Bang) as he greets the naive but amiable Jonathan Harker (John Heffernan), a lawyer from England who’s travelled to Castle Dracula in Transylvania to settle a real-estate buy. Dracula is haggard, an old man with stringy hair and long taloned fingers like wind-warn branches on the tree at your grandma’s house. Without really asking permission, (because he’s Dracula,) Jonathan is set up at Castle Dracula to be a companion to the Count, an agreement that leaves Jonathan pining for his lovely fiance Mina (Morfydd Clark) back home. 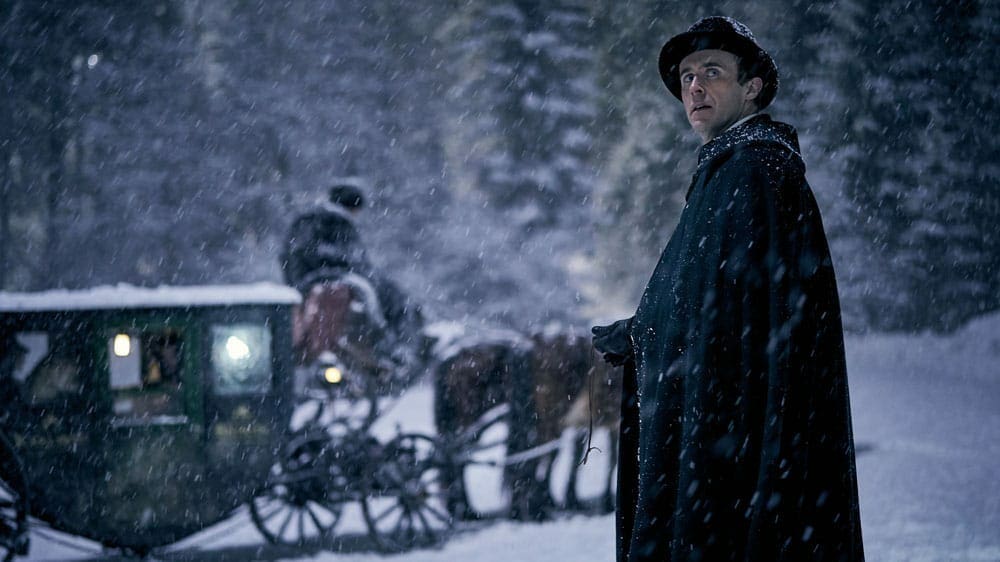 Very soon after Jonathan’s arrival, Dracula’s suave pallor returns. His wrinkles smooth out, and his eyebrows go from bushy caterpillars to dreamy emotion machines. It is Jonathan who withers away, too weak to escape or fight back from the dark presence holding him captive.

Part I of the series stays relatively true to the story of Dracula we know and love. While the novel relays Jonathan’s time at Castle Dracula through letters sent to and from his fiance Mina, BBC’s Dracula opts to have a very sickly post-Dracula Jonathan relaying his terrifying experiences while being nursed back to health at a Nunnery where he is safe and away from Dracula’s devious plot.

It is this Nunnery where BBC’s Dracula really begins to play with the lore and truly earns its stripes. Rather than hopping right on the Demeter and heading to England (a plot-point we will indeed get to), Dracula detours to capture Jonathan, who has now taken on the role of part-Bride of Dracula, part-Renfield. (A decision Dracula fans have yet to see before, and one that plays out pretty deliciously for horror fans.) We learn the nun who’s been listening to Jonathan’s account is none other than Agatha Van Helsing (Dolly Wells), Dracula’s #1 foe and nemesis. 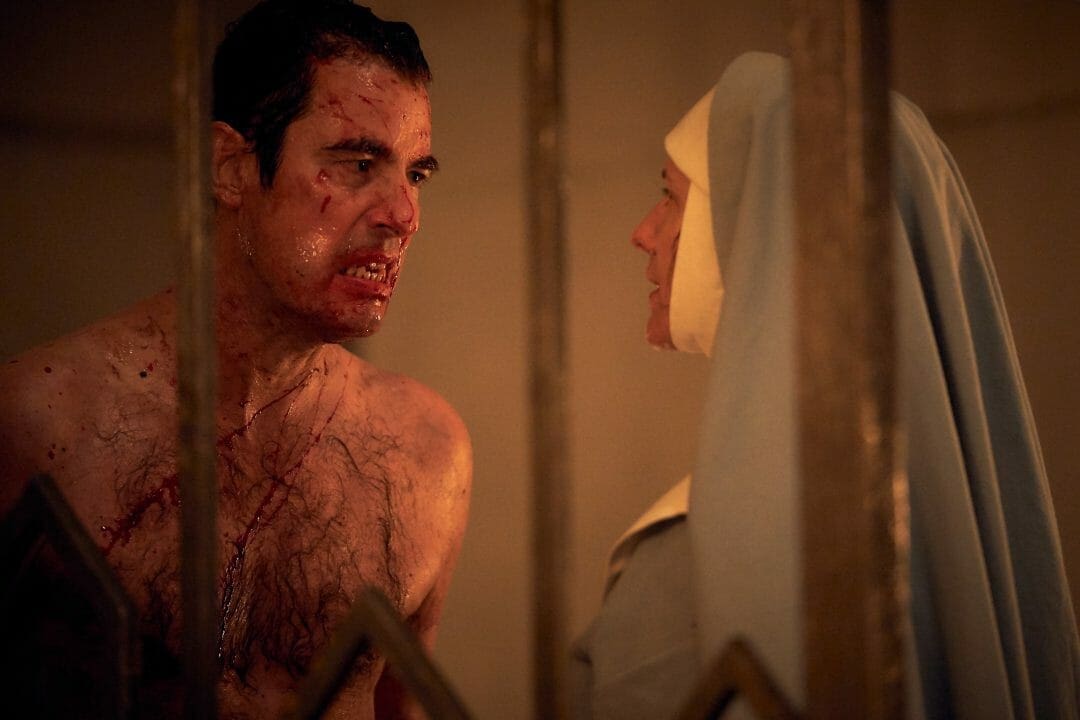 Van Helsing is a whole fist pump of affairs in Part I. She’s an agnostic in a habit, churning reason and scientific theories while absorbing the story in live time with us, the audience. Quick, testy, and a worthy foe to the deviously charismatic Drac, we eagerly eat up every scene they are both literally and figuratively at each other’s throats.

“..we eagerly eat up every scene [where Dracula and Van Helsing] are both literally and figuratively at each other’s throats.”

Part II takes us aboard the Demeter, and spends the entirety of its runtime at sea. An interesting decision but a smart one, as few previous interpretations of Dracula have seen the Demeter as more than transportation from one major storyline to another. BBC’S Dracula instead crafts a whodunnit of sorts, inviting aboard a new cast of colorful characters to journey alongside the Count and his growing appetite.


And Part III. I’ll keep it short and vague, as this is where the series really seeks to carve its own path – but I found this episode the weakest of the bunch. And after an evening spent cheering on a nun with a bag full of wooden stakes, none of us wished for an anti-climactic ending. Part III Dracula takes us into uncharted territory, and unfortunately, rather than tying up loose ends, it serves up an entirely new 13-part series worth of potential. We’re given new characters, a new setting, and new everything – all while Dracula shifts into high gear and races to the finish line, barely letting us catch a breath and absorb what’s happening. 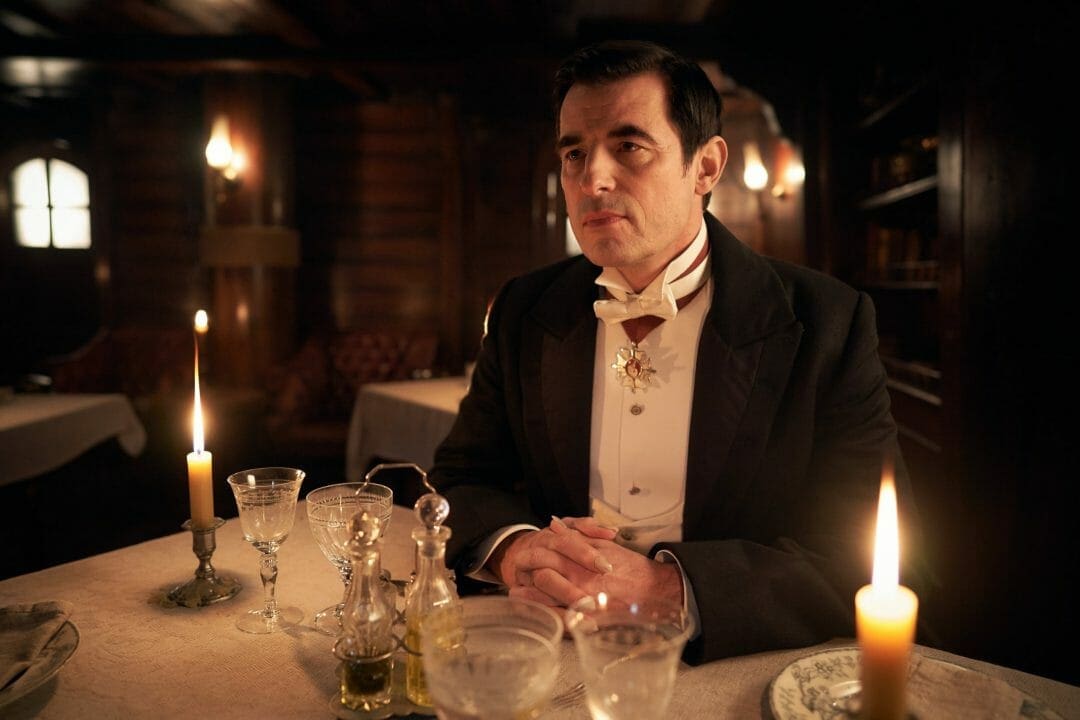 But enough plot. Let’s talk about the Count himself. Dracula is everything you expect him to be, and Claes Bang effortlessly owns the role. He somehow manages to still possess that weirdly sexy forbidden Dracula charm, even as he climbs out of the body of a wolf, naked, and covered in wolf goo. His only flaw is his ego, and I have the sneaking suspicion the character is aware he’s on a television show; purely for his insistence to use an “I drink blood” play on words at any given opportunity; averaging about one per sentence. Yes, we know Drac. You’re thirsty.

The only other area in which I’d dock Dracula points is the makeup and hair department, clearly underfunded and creating looks on fumes. I understand we’re in a television mini-series and not some billion dollar Hollywood production, but poor Mina’s blonde wig was as thick as a mop, old Drac had wrinkles that were painted on like one of those motorcycles airbrushed with the driver’s 4 kids names’, and sickly Jonathan Harker had a jaundiced face and a pink and healthy pair of ears.

In the end, Dracula is both a blessing and a curse. Part I is among the best interpretations of Bram Stoker’s Dracula ever put to screen, but it’s devolved so much by Part III that I start kicking myself for being a completist.

If I’m being hard on the show, it’s only because Part I is the greatest thing I’ve watched under Netflix’s TV offerings since I subscribed.. and that was back when Blockbuster was still a thing (sorry, BB). Let’s give Mark Gatiss and Steven Moffat enough money to expand this into a full three-season series. Perhaps then we’ll have enough time to flip the switch for Part III’s third act twist. 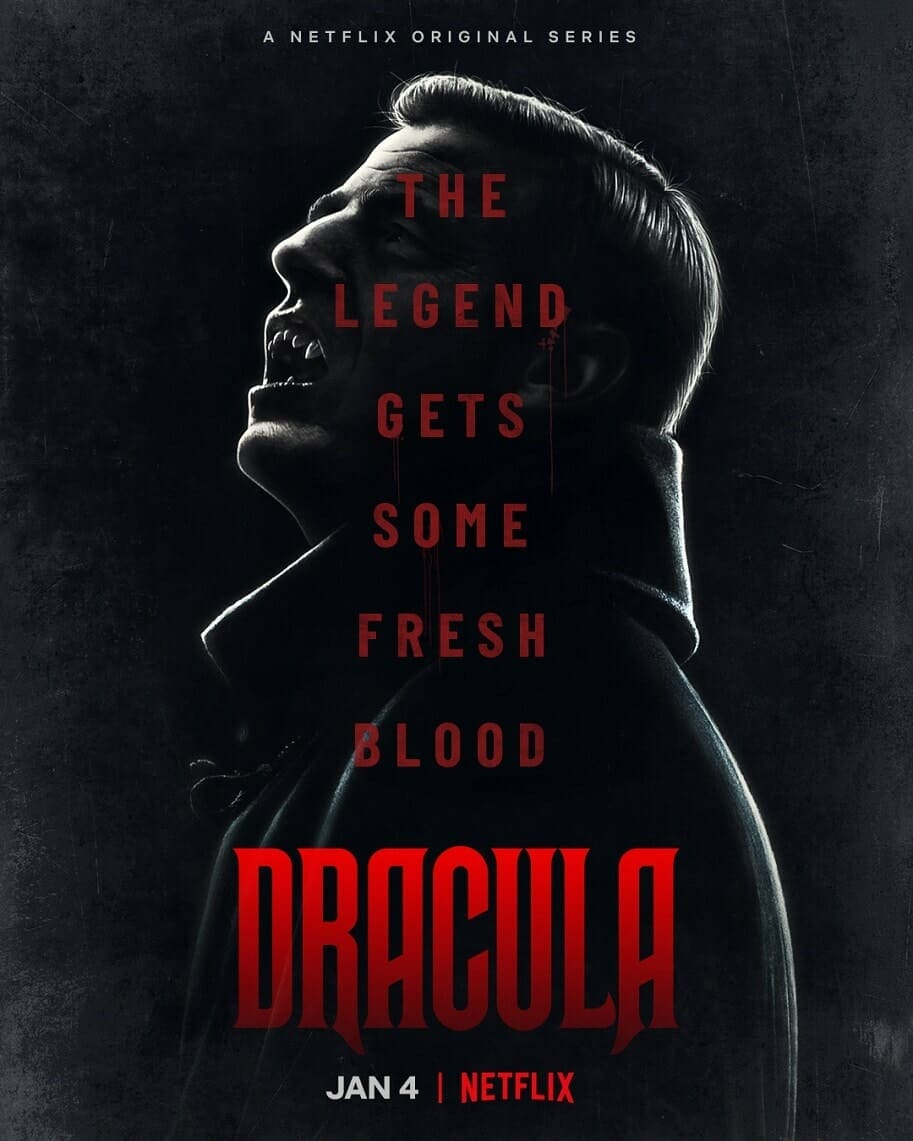 Review: BBC'S DRACULA (2020)
TLDR
Deliciously addictive but not altogether satiating, Dracula is an ambitious and bingeable series that starts off with a bang in Part I and slowly tapers into something that is on par with most made-for-tv fodder.
Dractasticness
98
Creativity
90
Characters
85
Sticking the Landing
55
82