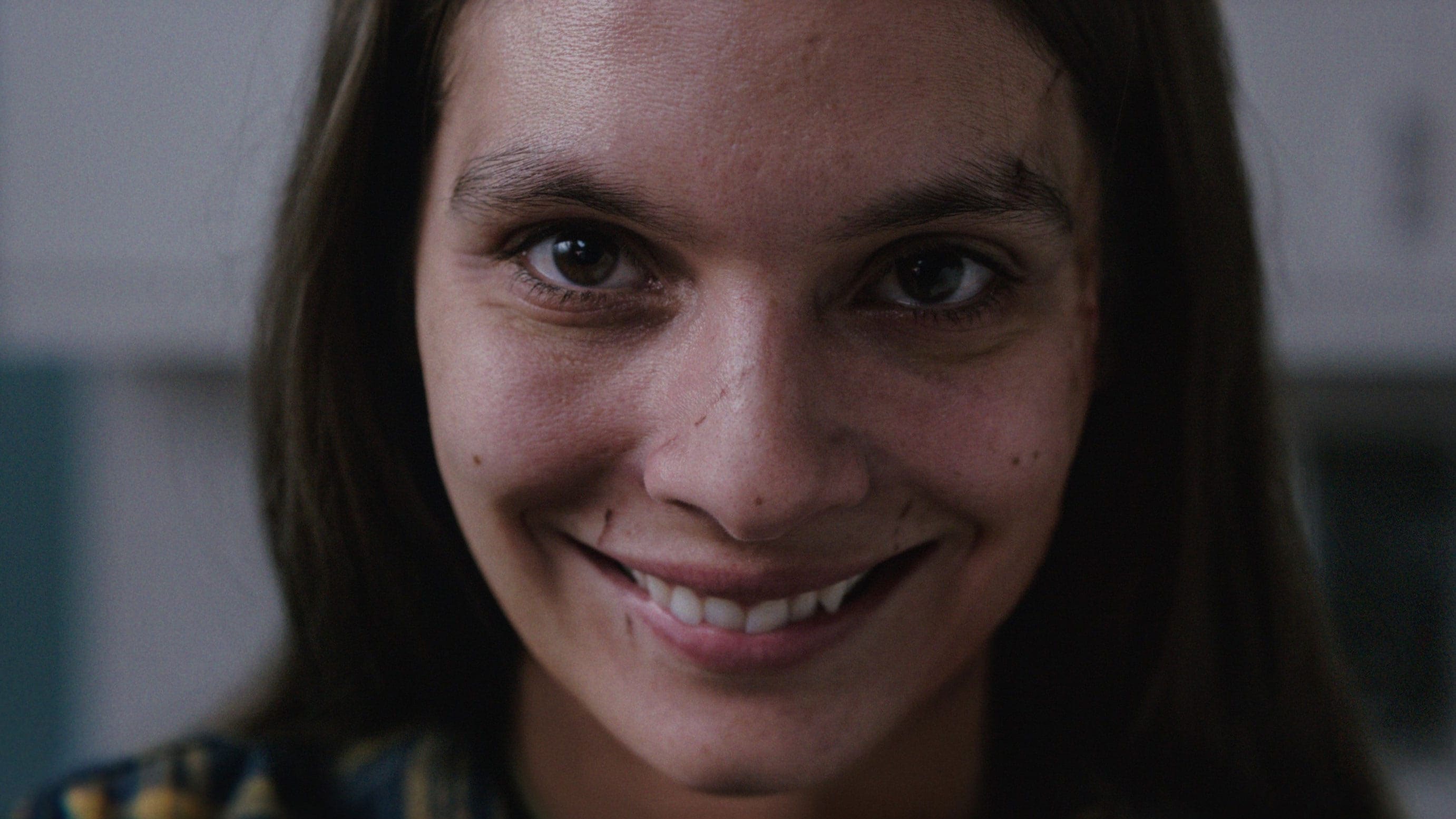 A popular rule of good self-care is to not bring your work home with you and Smile shows that rule is especially important for those in the taxing grind of the mental health field. But as hard as you may try, sometimes the work will follow you anyway…along with an evil entity that will try it’s best to push you to the brink of insanity.

In a year that has seen high praise across the genre, Smile is the next modern horror film hoping to deliver on both its scares and its underlying message. Finding itself in very similar company to the story and tone of modern horror darling It Follows (2014), Parker Finn, who wrote and directed this feature film debut, was tasked with delivering a unique take on the contagious evil trope. Replacing an STD demon with secondary trauma, this movie hits many similar beats and fails to elevate itself beyond the films that paved the way for deeply introspective horror. But when Finn opens the floodgates for his unique ingredients to come pouring in, Smile quickly becomes one of this year’s most thrilling theater experiences.

“Despite poor pacing and a tepid narrative, Smile glides on the back of its ominous atmosphere and ambushing scares.”

This movie strings together the tense narrative of Dr. Rose Cotter, played by Sosie Bacon (Scream: The TV Series), and her paranormal experiences after witnessing a patient violently commit suicide. She comes to question the validity of her patient’s visions as she too begins experiencing the same hallucinations that plagued her patient. Convinced that she has been cursed, Rose seeks help from her detective ex-boyfriend Joel, played by Kyle Gallner (Dinner In America), who uncovers clues to the history of the evil entity attached to her. Running out of time, Rose is led to face her own childhood trauma while being presented with one of two problematic cures: murder or suicide.

Focused on creating a disorienting experience, Finn’s style toys with the audience’s senses and expectations. There is no better example of this tension than in the over-exaggerated smiles of the dark entity, an uncomfortable warping of the universal sign of happiness. This perversion of innocence captured quite a sense of discomfort early on and lent itself to the movie’s foreboding atmosphere, coupled with uncomfortable close-up shots, rotating camera effects, and a deafening score. Some may experience these elements as reaching into the cheap parlor tricks of horror, but I found it to be effective in establishing an uneasiness that builds the impact of the story’s more shocking moments.

This strategy was pivotal for how Smile chose to deliver on its shocks and jump scares, with most of these thrills piggybacking off unassuming happenings. These scares are simply folded into the narrative as any other mundane detail, making them that much more alarming. It feels overplayed by the time the third act starts to catch fire, but they were never plagued with ineffectiveness. Where the story’s creepiness loses steam is in its use of the titular smile. While off-putting, it never captures the same sense of dread as it does when Rose first encounters it. Following that first scare, it becomes diluted and relegated to a sign of things to come. More of a Bat-Signal for the entity than a chilling experience on its own. This feeds into the biggest sin from this young director: the effective pacing of its scares relative to the narrative.

At a certain point, the story becomes ancillary to the creepy tones and mental health themes. The movie also follows a very familiar pattern to horror fans that sees a character become the victim of a menacing curse, forced to find a way to break the pattern in order to survive. While bland in its creativity, this narrative is a very fitting analogy for working through trauma, representing the importance of unpacking and learning about one’s trauma to effectively break the cycle of its symptoms. But the interest ends there, with no recognizable alterations to this commonly used story outline, it makes all of the expected turns and does not do enough to capture engagement by itself.

These themes are explicitly disclosed in the story, leaving little to the interpretation or imagination of the story’s purpose. Smile is very much a “what you see is what you get” movie and it becomes less of a fulfilling horror experience as it winds down and the scares become more forced. I find myself preaching a “less is more” strategy across many horror sub-genres, which is exactly what made the opening act so strong and could have helped avoid a heavy-handed conclusion.

Despite poor pacing and a tepid narrative, Smile glides on the back of its ominous atmosphere and ambushing scares. There are no awards in waiting for the movie’s cast, but Sosie Bacon delivers a believable performance built on subtle facial expressions and a panicked delivery. The third act falls victim to an overbearing CGI terror that burns the tension alive, but after the credits roll, Smile will definitely leave you thinking twice about the stranger smiling your way.

“Smile will definitely leave you thinking twice about the stranger smiling your way.”

Smile is playing in theatres right now! Have you seen it? Did it bring an evil smile to your face? Share your thoughts with us over on Twitter, Reddit, Facebook, and in the official Nightmare on Film Street Discord. Not a social media fan? Get more horror delivered straight to your inbox by joining the Neighbourhood Watch Newsletter. TLDR Even when succumbing to its poor pacing and tepid narrative, this movie glides on the back of its ominous atmosphere and ambushing scares. There are no awards in waiting for the movie's cast, but Sosie Bacon delivers a believable performance that carries the burdened therapist to the finish line with her facial expressions and panicked delivery. The third act falls victim to that an overbearing CGI terror that burns the tension alive, but after the credits roll, Smile will definitely leave you thinking twice about the stranger smiling your way. 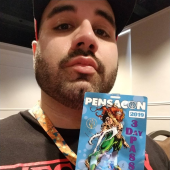 G. Vega is a mental health professional who relaxes in the comfort of horror, Marvel, and baseball. Enjoys writing as a hobby and as a way to connect with fellow fans across his many interests.