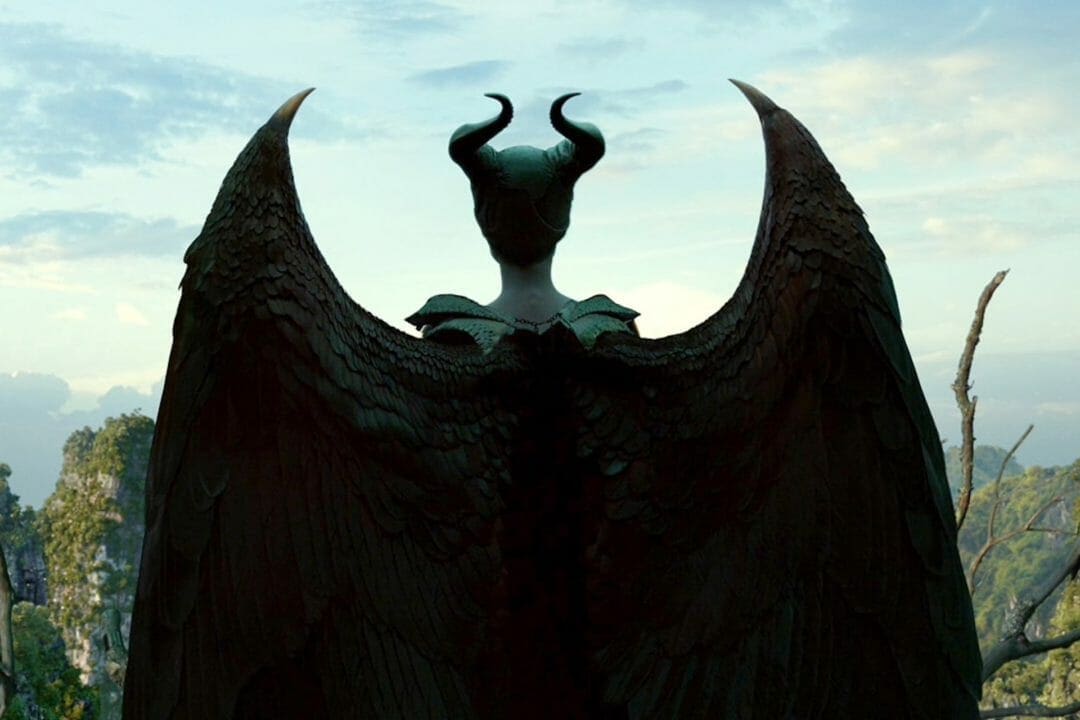 Disney’s nostalgia-fuelled remake machine has two modes: the ones like Alice in Wonderland or Maleficent that try to put a new spin on the original story, or the nearly shot-for-shot remake option of Cinderella, Beauty and the Beast, or The Lion King. One of these categories has been successful, and the other has been a proverbial license to print money, which is why Maleficent: Mistress of Evil thankfully goes boldly in a direction Disney seems to be progressively moving further and further away from: An original direction. Is it always successful? No, but noble is the attempt.

In recently revisiting the original Maleficent, based on the 1959 Disney animated classic Sleeping Beauty. It retcons Maleficent not as an evil sorceress with an axe to grind because a fairy tale needs a wicked witch, but because she was processing the trauma of losing her majestic wings to the Princess Aurora’s father as a way for him to gain power.

“Maleficent: Mistress of Evil thankfully goes boldly in a direction Disney seems to be progressively moving further and further away from…”

The first Maleficent has the gift of restraint. Although it’s soaked in computer-generated imagery, it’s tightly focused on Jolie’s Maleficent as she goes from villain to protector and confident of Aurora (Elle Fanning), her fairy godmother essentially. The true love’s kiss, in the end, is not that of a handsome prince for a beautiful princess, but that of a surrogate mother for a surrogate daughter as Maleficent expresses regret for taking her pain out on her attacker’s child instead of directing it at the source. In the end, Aurora’s dad gets his, Maleficent gets her wings back, and everyone lives happily ever after. But then millions of people paid millions of dollars to see the movie, and Disney saw dollar signs.

Probably the worst thing you can say about Mistress of Evil is that it’s unnecessary. The story’s been told, Maleficent was redeemed, and the message about how power corrupts, and love and understanding is the way was heard and received. Jolie as Maleficent has a definite presence though, and that presence is hard to ignore.

Mistress of Evil opens with Maleficent basically being Batman of the Moors. Human poachers from a neighbouring kingdom try to kidnap fairy folk for mysterious, unknown purposes, but not on Maleficent‘s watch. We only have to wait a few minutes (after a dizzying, almost vertigo-inducing aerial tour of the area) till we see Jolie in full gothic glam. Aurora has accepted Prince Philip’s (Harris Dickinson) proposal of marriage, much to Maleficent’s dismay, concern and suspicion.

A family dinner with Philip’s parents goes predictably and horribly bad, which sets up the action for the rest of the film, but this sequence is really the showcase piece of the film. It’s the mystical version of Guess Who’s Coming to Dinner? (1967) with Michelle Pfeiffer’s Queen Ingrith in the Spencer Tracy role looking down her nose at the forest-dwelling dissidents at her fine dinner table. There’s absolutely electricity in the air as Jolie and Pfeiffer, in character, try to veil their disdain for each other with forced courtesy over Cornish game hens.

“Jolie as Maleficent has a definite presence […] and that presence is hard to ignore.”

The scene sets up this wonderful triumvirate as Aurora tries to navigate a place between her forest utopia with her godmother, and the more urbane human world of her future in-laws. Sadly, the movie just can’t let Aurora negotiate, and instead pins us down by forcing us to answer questions we never thought to ask, or even really cared about. Questions like, where does Maleficent come from? And, are there any more like her?

We’re introduced the world of the Maleficents, other fae people with wings and horns who have been forced to abandon their homes from around the world due to humans. We’re introduced to a character named Conall played by Chiwetel Ejiofor, who has some kind of connection to Maleficent that’s never really explained. We’re meant to understand that he’s important, but it’s hard to remember if Conall and Maleficent share more then 10 lines of dialogue with each other in the film. 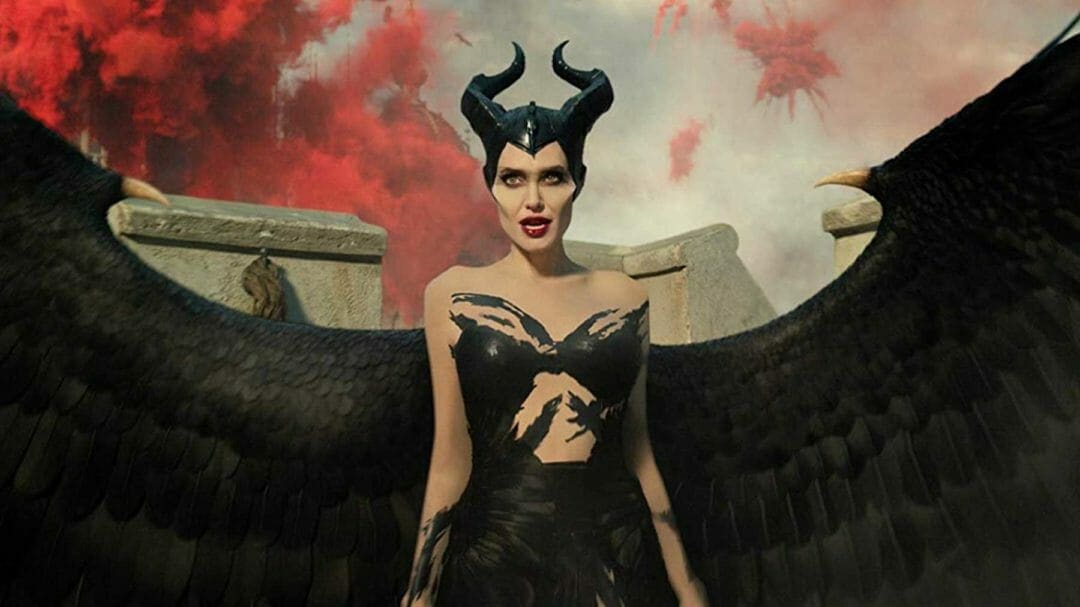 The divergence into the land of wings and horns might have been more interesting if that was what the film was about. Maleficent, having raised Aurora well and made her Queen of the Moors, then goes on her own journey of self-discovery, and finds her people. Sadly though, the winged warriors, led by Deadpool’s Ed Skrein, are mostly introduced so that Maleficent has an army of her own to fight Ingrith in the film’s inevitable climax.

The last 30 or so minutes is the CG battle scene you’ve seen a thousand times in other movies, and that’s a shame because the heart of Ingrith‘s motivation is that she wants to ethnically cleanse the Moors of magical creatures in order to take the resources found there. It’s a motivation that’s kind of on-the-nose and oddly prescient given the last couple of weeks in world news.

“It’s surprisingly harrowing, and more than a little pointed with the allegory…”

There were some genuine scenes of horror in watching Ingrith execute (emphasis on that word) her plan, including scenes of some of the beloved magical folks, including one major-ish character, sacrificing themselves to save others. It’s surprisingly harrowing, and more than a little pointed with the allegory, but you can tell that director Joachim Rønning, and screenwriters Micah Fitzerman-Blue, Noah Harpster and Linda Woolverton went to some dark places.

It makes me wonder if they didn’t trust themselves to just let the darkness stand, or may be they felt like they needed a big Lord of the Rings–style battle sequence because it’s the convention for these fantasy films. Sadly, we never get to see a real battle between Jolie and Pfeiffer aside from that dinner scene, but at least keeps the movie the idea that this is a story about a mother and daughter who have to make peace with the idea that they’ve come to a place where they want different things out of life. The credit goes to Jolie who owns every scene, even when she’s surround by computerized nonsense. She grounds Maleficent in an emotional realism where you can see the struggle on her face even as she tries to keep up the stoic facade. There’s a great scene where during an emotional beat Maleficent orders her crying sidekick Diaval (Sam Riley) to “pull himself together” and then turns her own head to quickly wipe a tear from her eye. Jolie proves a great human performance really needs no computer enhancement to be effective.

So let’s be honest, this is not a perfect film, and it’s still part of Disney’s truly miserable business plan to spare us all from actually investing in new ideas, but it’s much more compelling to watch someone try to make something different with the pieces and not just follow the picture on the box. Maleficent: Mistress of Evil is not high art, but it was unexpectedly entertaining, and it’s not afraid to go into some dark corners, even if – spoiler alert – almost everyone lives happily ever after.

Maleficent: Mistress of Evil is now in theatres everywhere. Seen it? Got thoughts? Want to share them? Tell us about them on Twitter, in the Nightmare on Film Street Subreddit, and on Facebook in the Horror Movie Fiend Club! TLDR Let's be honest; This is not a perfect film, and it's still part of Disney's truly miserable business plan to spare us all from actually investing in new ideas, but it's much more compelling to watch someone try to make something different with the pieces and not just follow the picture on the box. Maleficent: Mistress of Evil is not high art, but it was unexpectedly entertaining, and it's not afraid to go into some dark corners, even if - spoiler alert - almost everyone lives happily ever after.