Found footage is always shifting and morphing to fit the current digital age. And right now, it’s all about online personalities, live streaming, and trying drive clicks. It’s an ego-obsessed era quantified by views and subscriber counts. The higher those numbers, the more intense the drive becomes to hit bigger goals and wow the audience. But what are the consequences of such an obsession? Antonie Le’s feature film debut, Followed, grapples with the harm it can cause and the damage one is able to inflict on themselves in the name of popularity.

YouTube personality Mike, known as DropTheMike, dives into the world of true crime and the paranormal by visiting haunted locations and making well-produced and popular videos. He’s offered a sponsorship by a large clothing company if he can hit 50 thousand subscribers. To hit that goal, he and a crew will visit the Hotel Lennox, one of the most haunted hotels in America. They’ll live stream their evening and what they encounter in the building’s halls. They perform the famed Elevator Ritual, they stay in the room of a serial killer, and learn that there is more truth to the stories than they expected.

“Followed takes the techniques of found footage and push them ever further for our current digital landscape.”

Found footage can fall into cliche narratives, especially as more films become meta and follow a filmmaker making a film. While Followed does fall into those overdone trappings at times, the overall story is an original take on the haunted house story. Yes, there is Hell House LLC and Grave Encounters, but Followed builds on those existing stories to create its own horrifying world where a hotel wants to consume the camera crew. Digital glitches and the revelations that can only be made with the camera are integrated seamlessly to create an unrelenting spirit that knows how to use technology against them.

The film is also viewed through the eyes of a faceless character who has access to DropTheMike’s video footage. We watch the videos on a computer screen as if we are embodying that character, who seems to have malicious intentions. Followed takes the techniques of found footage and push them ever further for our current digital landscape. 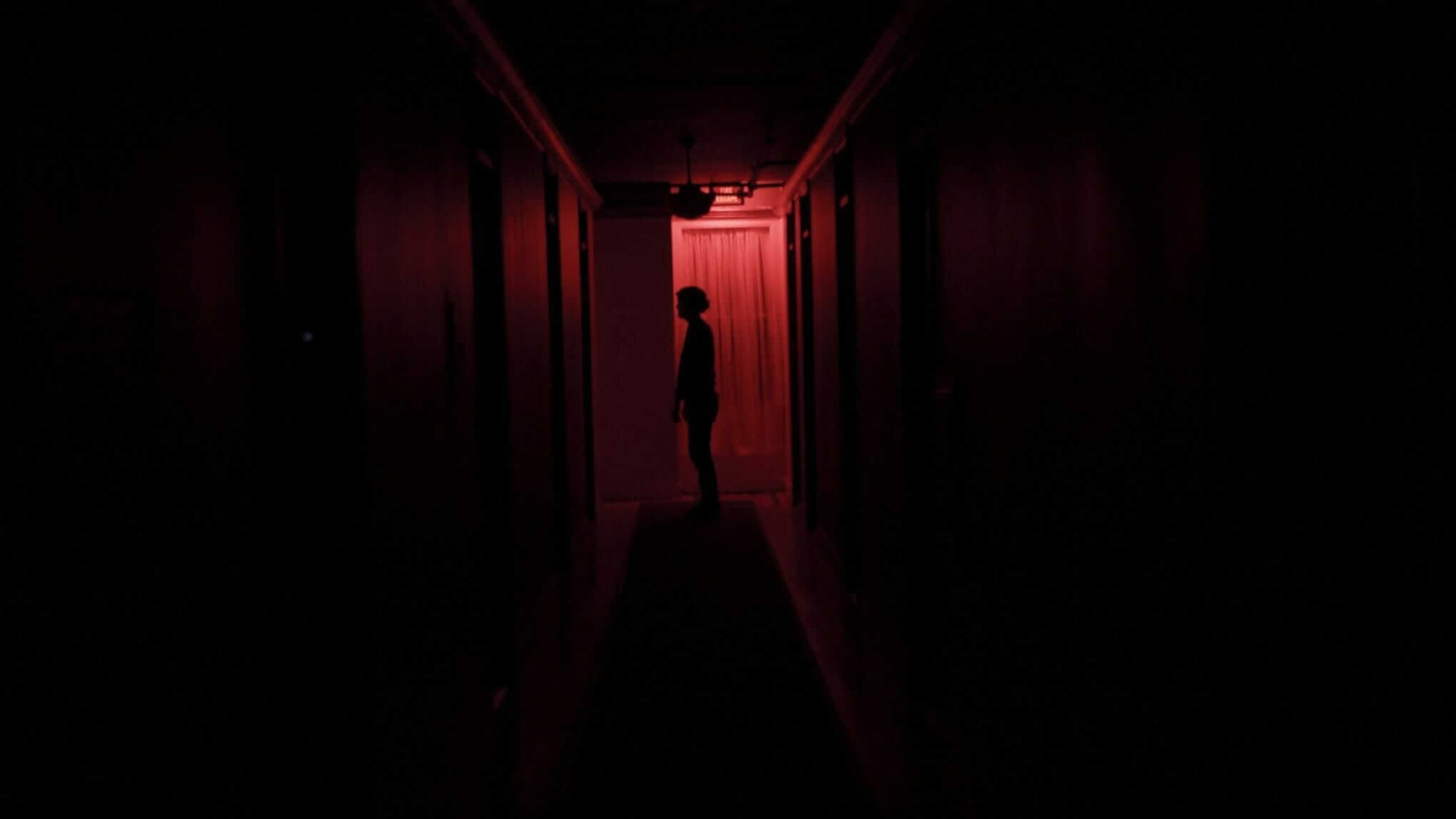 Matthew Solomon plays the egocentric video host who truly is able to get under your skin with his over-the-top on-screen personality and inability to listen to the word, “no.” He embodies the cringe-inducing attitude of so many video creators, who wish to cater to their audience and say screw anything else. But, while he could have just been a parody of a YouTuber with no redeeming qualities, Solomon ensures that there is more to Mike than lame jokes and a crazed, manic expression on his face. He is engaged and in love, working his hardest to provide his fiancé with a good life. But he realizes that perhaps he has gone too far. This addition to his character makes him much more empathetic; he is given dimension and shows that these online personalities exist outside of the Internet.

The flaws in Followed lay in its over-complicated lore. The Hotel Lennox is full of ghost stories, each layering on top of each other to create a house of horrors that only the most delusional of video hosts would delve into. These stories are discussed at length but it’s never made clear how exactly they are all related or if they are at all. There’s the ghost of a serial killer who performed Satanic rituals in his room, there’s a ghost of a woman who was found dead, the list goes on. They are all terrifying stories but seem to function separately instead of coming together to create a larger picture of what’s happening in this hotel.

“The flaws in Followed lay in its over-complicated lore […] Overall, Followed is an ambitious and entertaining addition to the category of found footage.”

Overall, Followed is an ambitious and entertaining addition to the category of found footage. Le wants to deliver deeper access to the film’s world, and while it may not always be successful, it demonstrates the team’s creativity, resourcefulness, and ingenuity. In a time where YouTubers dominate popular culture, Followed is the perfect indictment of that world and what it means to achieve digital fame.

Followed is now playing at select drive-ins with a future VOD release slated for later this summer. If you’ve had a chance to see Followed let us know what you thought over Twitter, in the Nightmare on Film Street Subreddit, and on Facebook in the Horror Movie Fiend Club! TLDR Overall, Followed is an ambitious and entertaining addition to the category of found footage. Le wants to deliver deeper access to the film's world, and while it may not always be successful, it demonstrates the team's creativity, resourcefulness, and ingenuity.

Use of Found Footage