In the turmoil-fueled hellscape that is 2020, I’ve found myself more than ever turning to movies (and specifically, horror movies) for escape. That snapshot into an alternate reality where anything is possible and where the cruelties we see played out on CNN seemingly every morning are given further context or occur in a contained environment offer a sense of resolution (or relief) from the burdens of our current reality. I’ll admit Antebellum (2020) had my attention from the first trailer drop – it seemed like a fascinating look at the complexities of the modern Black experience juxtaposed against the United States’ awful history of the Civil War. In that same breath I will say that as a white woman, I cannot for a moment claim to understand this film from the Black perspective or to know how it affects Black people. With that being said, in a cultural moment where we are screaming that Black Lives Matter and attempting to move forward as a society into a brighter collective future, this film felt like an anchor to a past we are all trying to unshackle ourselves from without offering insight into how that better future is possible.

Written and directed by Gerard Bush & Christopher Renz with Janelle Monáe (Hidden Figures) as the lead, Antebellum is a peek into if post-Antebellum era society (in the literal sense of the term) wasn’t so refined. Janelle is a highlight of the film – her performance as Veronica is sincere, convincing and layered. Veronica begins the film as a slave at a sinister, albeit beautiful, southern plantation. After some disturbing encounters and allusions to attempted escapes, she is introduced to Julia (Kiersey Clemons, Flatliners, 2017), a new slave brought to the plantation which is occupied by Confederate infantry. 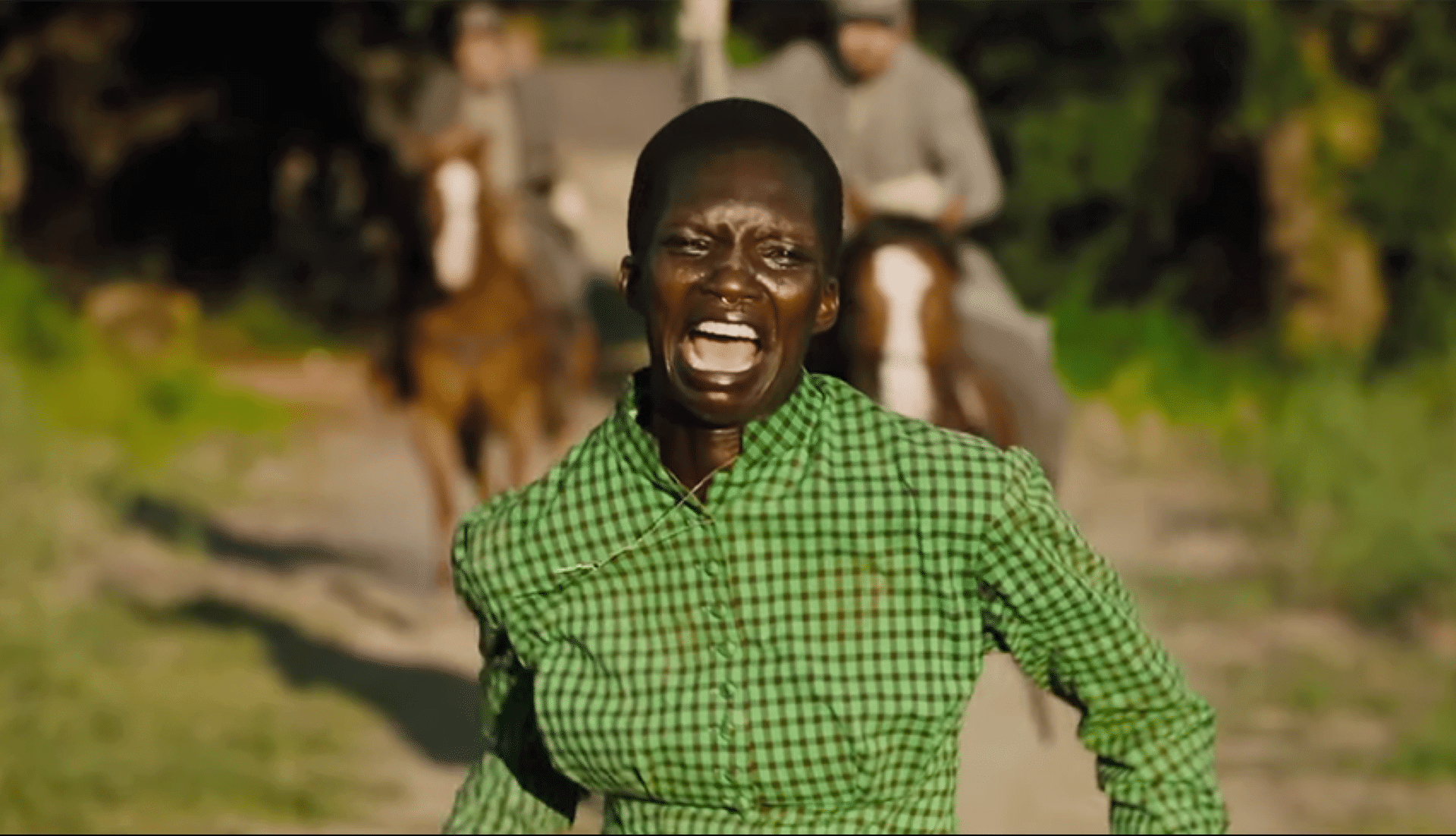 Fast forward through an unfortunate turn of events to the following day and we suddenly see Veronica waking up to the sound of an iPhone alarm in a modern home with her husband and family. As she heads down into the kitchen, we see an interview with Veronica playing on the tv and we learn she is a renowned activist, political figure, and author. She wears only black female-owned brands and exudes confidence and education. The pieces start to come together when present-day Veronica heads off to speak at a big conference. If you want to find out how the two worlds connect, you’ll just have to watch. For an attentive viewer, the twist is telegraphed from almost the first few scenes of the film – on my first watch, I attempted to give the film a bit more leeway in hopes that it had a more intriguing take up its sleeve, however, it does not, and a rewatch actually cemented how obviously the twist is set up.

Overall, Antebellum is well made but it’s the writing that falls short. I’m a sucker for long takes and opening the film with a extended single-shot had me gripped immediately. Unfortunately, the film fell into rather basic, purely functional shots moving forward. This isn’t to say it’s not well shot; it is. The issue is that the opening sequence set a bar the rest of the film did not live up to artistically. The score and lighting fall into a similar category. They are un-noteworthy, serving only a functional purpose rather than artistic. Many of these elements feel borrowed from better films, while not using them nearly as effectively, rendering the film stale in comparison. Obviously while watching Antebellum, it’s impossible to not draw comparisons to Get Out (2017), as another film that walks that fine line between social commentary and horror. The difference is Get Out succeeds in all of the ways this film falls short. It had legitimate scares, a distinct voice, and brought a fresh premise. In Antebellum, the influences are clear, while the execution is not. In blunt honesty, if you’ve come to Antebellum for legitimate scares, you’re in the wrong place. It does, however, create a sufficiently creepy atmosphere but the most inventive shots in the film are shown in the trailer. 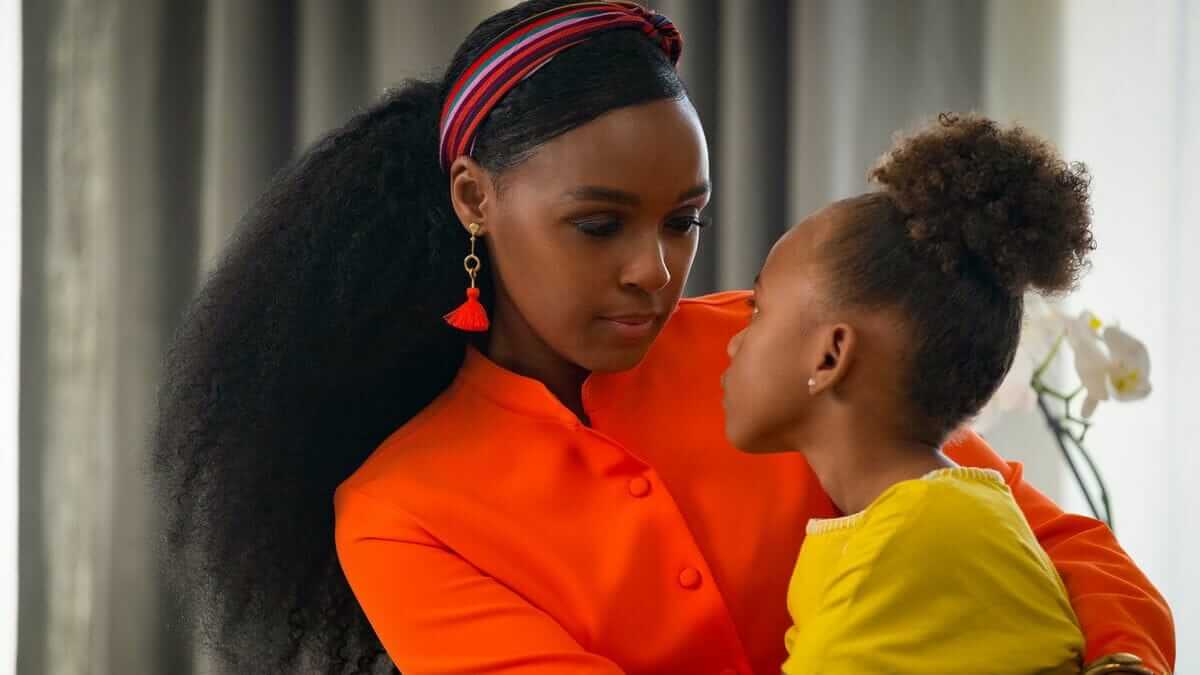 Antebellum also has some nice themes and imagery, even if they aren’t brought to fruition. Most heavily used is the image of a butterfly— it appears on the cover of Veronica’s book, as a tattoo on Julia’s ankle, and various other places throughout (including the film’s poster). Also present throughout is the color orange, appearing in almost every scene. Interestingly, both of these images seem to have the same meaning: metamorphosis or change. Veronica undergoes this metamorphosis through a very heavy-handed iteration of what many people in today’s society experience as well. Violence leads to radicalization and inspires people to spur change and fight for equality. Orange represents changes, both literally and metaphorically. Much of this imagery is not exactly subtle and the themes end up falling short of their potential.

While the film is forgettable, the subject matter is not. Though the historical atrocities of the Confederacy are ripe for adaptation and interpretation, this film misses the mark in generating a searing, specific viewpoint that contributes to the overall discourse regarding Black history in America. In the current social/political climate, films such as this could be important as a platform to make a specific commentary or provide some new insight. Race issues continue to persist in America and throughout the world, however, this film was unfortunately not the call to arms it may have intended to be. Instead, it felt like a stale historical adaptation. An attempt to mine the dark history of the Confederacy to draw parallels to modern life without actually saying anything of note or providing any substantially sinister scares. Antebellum is still worth a watch, but it lacks a certain grace in expressing its sentiments.

“[Antebellum mines] the dark history of the Confederacy to draw parallels to modern life without actually saying anything of note or providing any substantially sinister scares.”

What did you think of Antebellum? Continue the conversation with us on Twitter, in the Nightmare on Film Street Subreddit, and on Facebook in the Horror Movie Fiend Club! 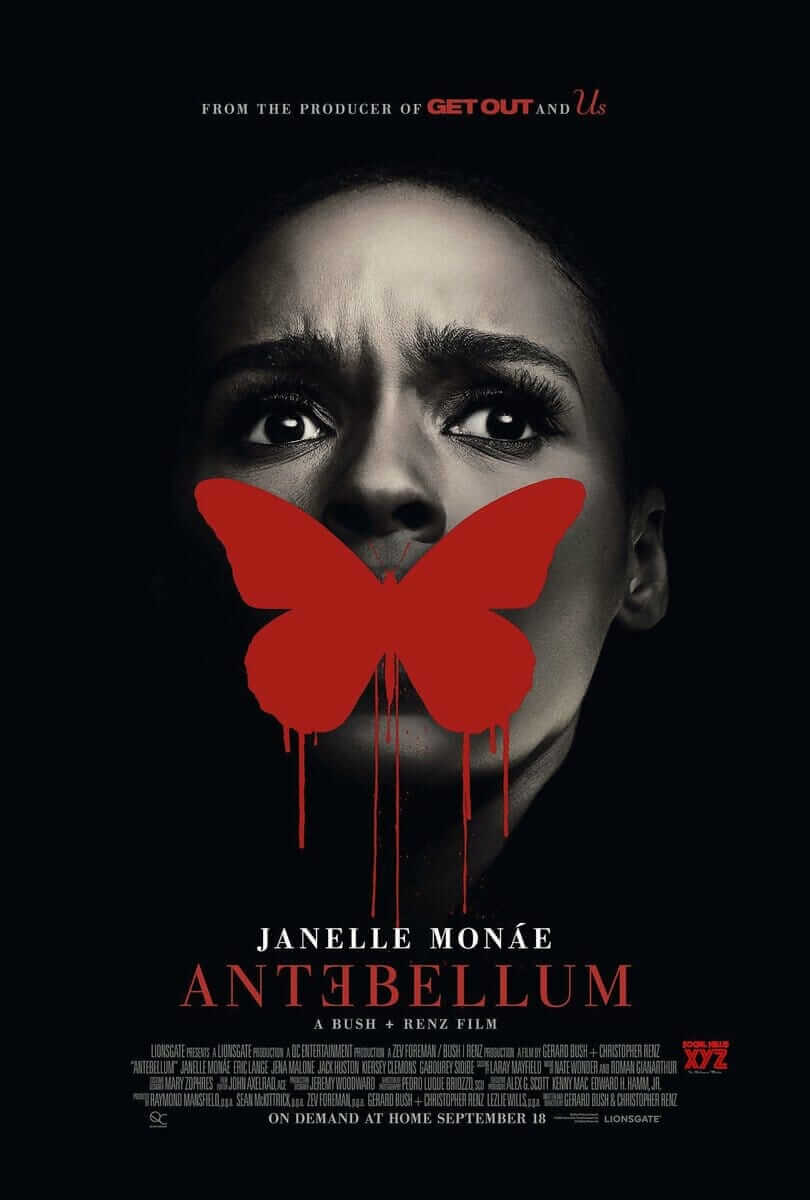 TLDR While the film is forgettable, the subject matter is not. Though the historical atrocities of the Confederacy are ripe for adaptation and interpretation, this film misses the mark in generating a searing, specific viewpoint that contributes to the overall discourse regarding Black history in America. In the current social/political climate, films such as this could be important as a platform to make a specific commentary or provide some new insight. Race issues continue to persist in America and throughout the world, however, this film was unfortunately not the call to arms it may have intended to be.