[Review] Horror Comedy PG: PSYCHO GOREMAN Will Feed Both Your Inner Child And Your Thirst For Blood

Fellow NOFS contributor Dave Richards described PG: Psycho Goreman to me as “E.T. meets Gwar,” which I have to say is pretty accurate. From the mad mind of Canadian shlockmeister Steven Kostanski (The Void, Leprechaun Returns) comes a heartwarming tale about family and intergalactic warlords, courtesy of the good people at Raven Banner Entertainment.

While digging up their backyard, Luke (Owen Myre, NOS4A2) and his bratty little sister Mimi (Nita-Josee Hanna, Books of Blood) discover a glowing pink amulet that summons a murderous purple alien (Matthew Ninaber in the flesh, Steven Vlahos in the voice) who’s been sleeping deep in the ground for centuries. On top of being incredibly strong, he also has telekinetic abilities which allow him to kill his enemies with the power of his mind. However, his power is connected to an amulet and whoever possesses it has full control over the monster’s actions…and that person just happens to be Mimi. The siblings name the alien Psycho Goreman, or PG for short, forcing him to be their pet/servant/bodyguard. Their parents Susan (Alexis Kara Hancey) and Greg (Adam Brooks, Manborg) are understandably scared to death of PG, but figure as long as Mimi has control over him, they’re safe.

“PG: Psycho Goreman has the logic of a children’s movie, yet it’s soaked in buckets of blood…”

Elsewhere in space, in another galaxy, the religious order that imprisoned PG on Earth receives word that he has awakened. Fearing that he might return to their galaxy to slaughter every last one of them, the alien council sends their top assassin Templar Pandora (Kristen MacCulloh, The Vault) to the small suburban town to kill PG once and for all. Meanwhile, back on Earth, Mimi is drunk with power; PG begrudgingly obeys her every command, from playing drums in her band to transforming her crush into a giant brain. But PG wants to reclaim the amulet and regain his agency, so he strikes a deal with Luke, who is beginning to think his sister has gone too far.

Despite being trapped in a never-ending game of Simon Says, PG grows a certain fondness for the children. He tells them stories of his planetary conquests, dropping numerous sci-fi sounding names to describe the alien races he had wiped from existence. In return, Mimi and Owen teach him the intricate rules to their made-up sport Crazy Ball. The few sentimental moments come off as very cheesy, designed to parody the feel-good alien friendship movies of yesteryear. 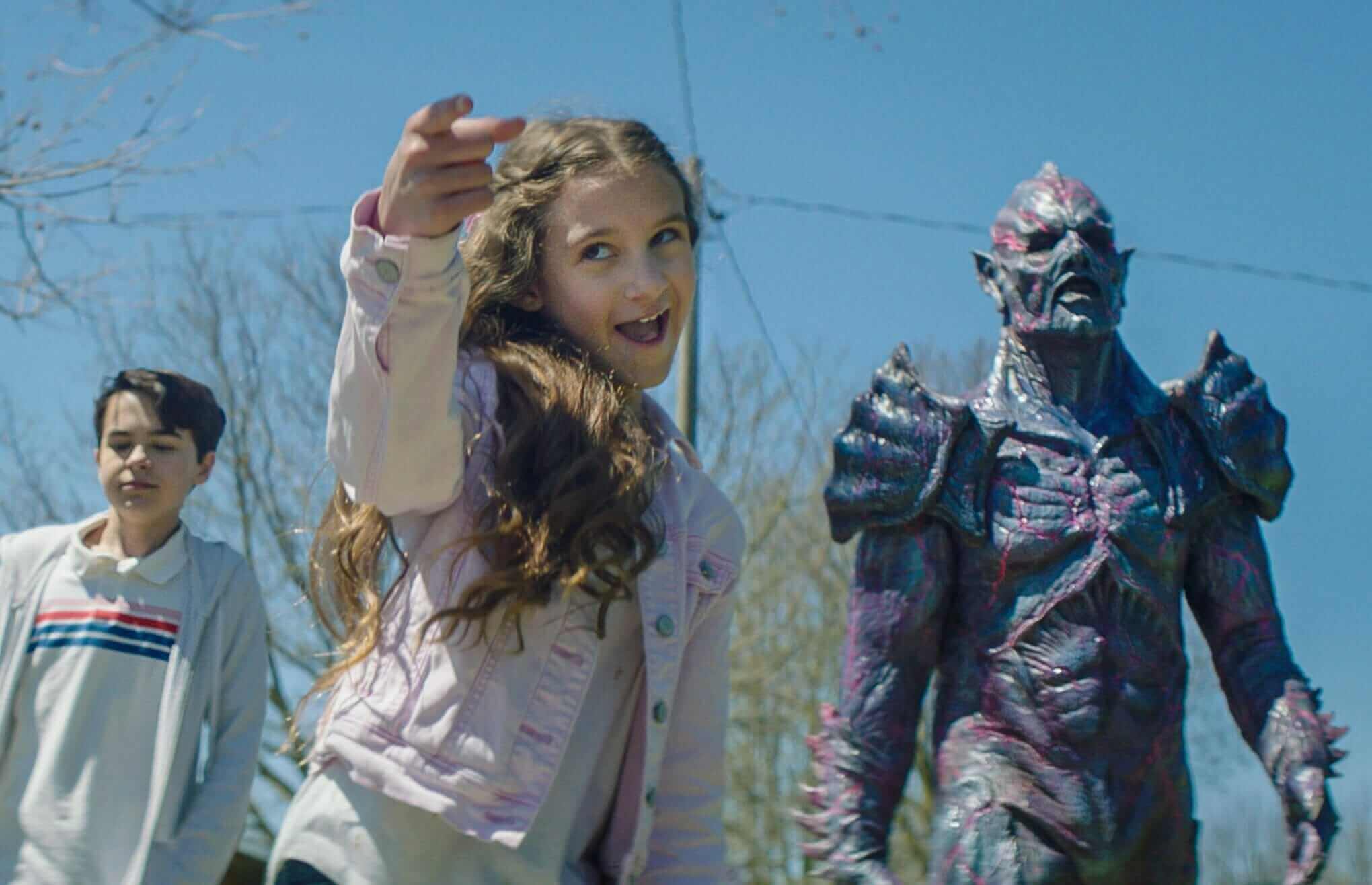 PG: Psycho Goreman has the logic of a children’s movie, yet it’s soaked in buckets of blood, with the occasional dark joke seeping in. Mimi and Luke watch their language very carefully, using words like “hecking” and “frig” in place of swearing. But whenever an adult is introduced to the situation, an audible “what the fuck?” is usually the first sentence to fly out of their mouths. The grown-ups eventually learn to adapt and go about their daily routine, as if they aren’t in the presence of an alien that could crush their skull at any moment. This movie is definitely not for kids, rather it’s for adults who never quite grew up.

Mimi is by far my favorite character. She’s a prima donna tween bursting with personality. Nita-Josee Hanna perfectly portrays a princess who’s convinced she can do whatever she wants. A lot of the humor comes from the dynamic between her and PG. PG is constantly uttering death threats that would make even Pinhead blush, yet he’s completely defanged and unable to act on any of them without Mimi’s permission. 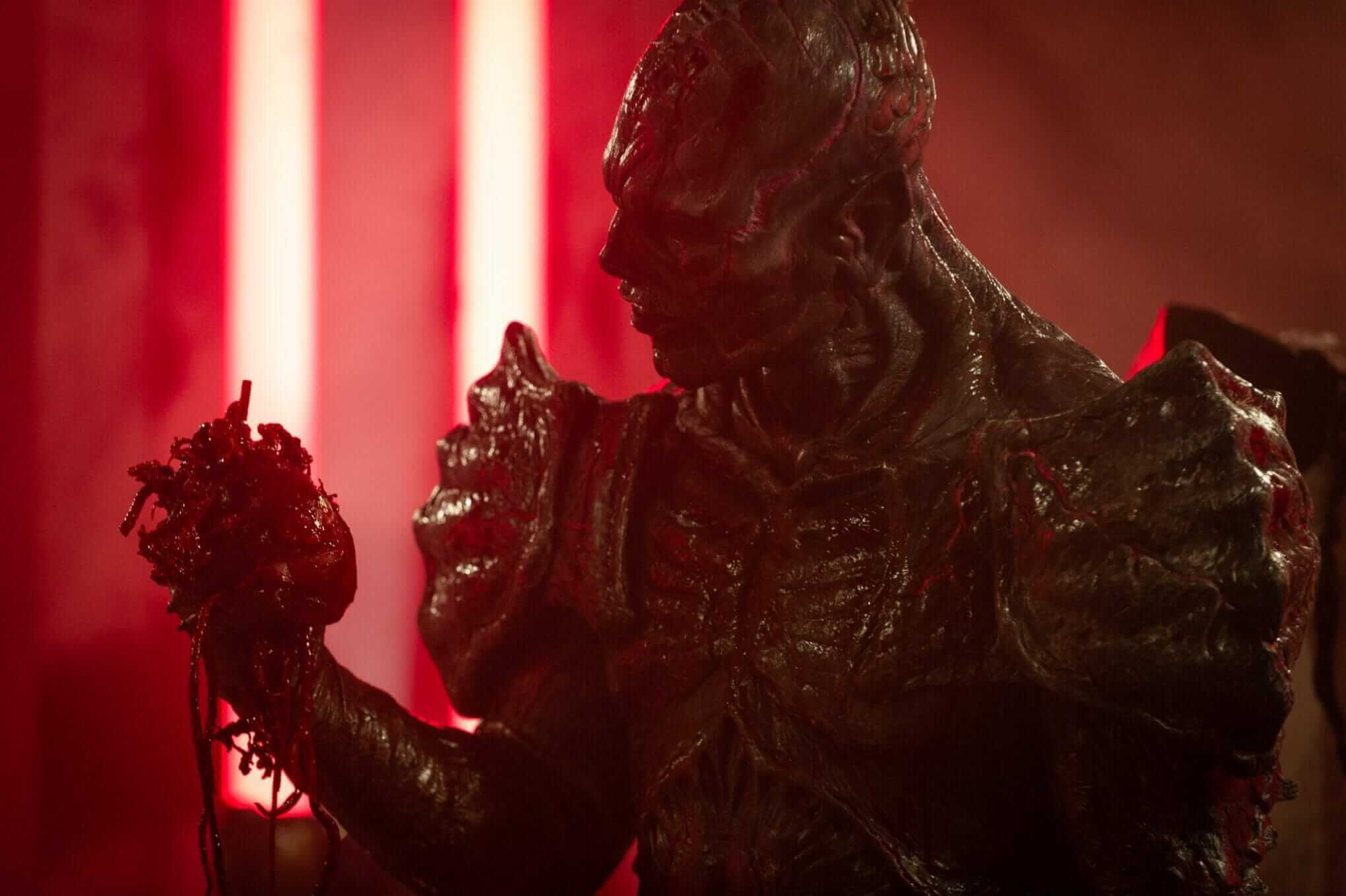 The film pays tribute to the 1980s in many ways, from its score to the special effects. The music jumps between epic string concertos and bumping synth montages, ending with an old school rap song about PG during the credits reminiscent of MC Hammer’s “Addams Groove” or the Fat Boys “Are You Ready For Freddy?” The computer-generated effects are deliberately fake-looking. The pink electricity that surges out of both PG and the amulet is on par with the force lightning emanating from Emperor Palpatine’s hands in Star Wars: Return of the Jedi. The backgrounds set in the space flashbacks are pretty convincing though, a vast improvement from the backgrounds in Kostanski’s feature debut Manborg.

The creature design is simply out of this world (get it?). The aliens look like villains from Mighty Morphin Power Rangers, while the Templars look like mecha-angels plucked straight out of an anime. Considering the dozen or so aliens and monsters that appear in this movie, the costume department must have been buried under tons of rubber and foam latex. The fact that some actors can barely able to move in their costumes makes the fight sequences that much more hilarious. PG prides himself on his creativity when it comes to killing, and you know what that means? Gooey and goofy practical gore effects that would make even Tom Savini impressed.

“beware: you’re in danger of having way too much fun.”

I had such a blast watching PG: Psycho Goreman, though I would have loved to have seen it in a packed theater for a midnight screening. Such an experience is only a fantasy during these depressing COVID-times. Some might be annoyed by the story’s lack of emotional depth, but PG: Psycho Goreman isn’t supposed to make you feel all warm and fuzzy inside. Rather, it’s a vehicle for over-the-top violence. If that’s not your bag, then you’re better off watching E.T. for hundredth time. I’m here for the monsters and gore. And if you’re like me, then beware: you’re in danger of having way too much fun.

PG: Psycho Goreman will be released to select theaters, VOD and digital on January 22, 2021. Be sure to listen to our interview with writer/director Steven Kostanski on the Nightmare on Film Street Podcast and let us know what you thought of PG: Psycho Goreman over on Twitter, Reddit, Facebook, and in the official Nightmare on Film Street Discord. Not a social media fan? Get more horror delivered straight to your inbox by joining the Neighbourhood Watch Newsletter. 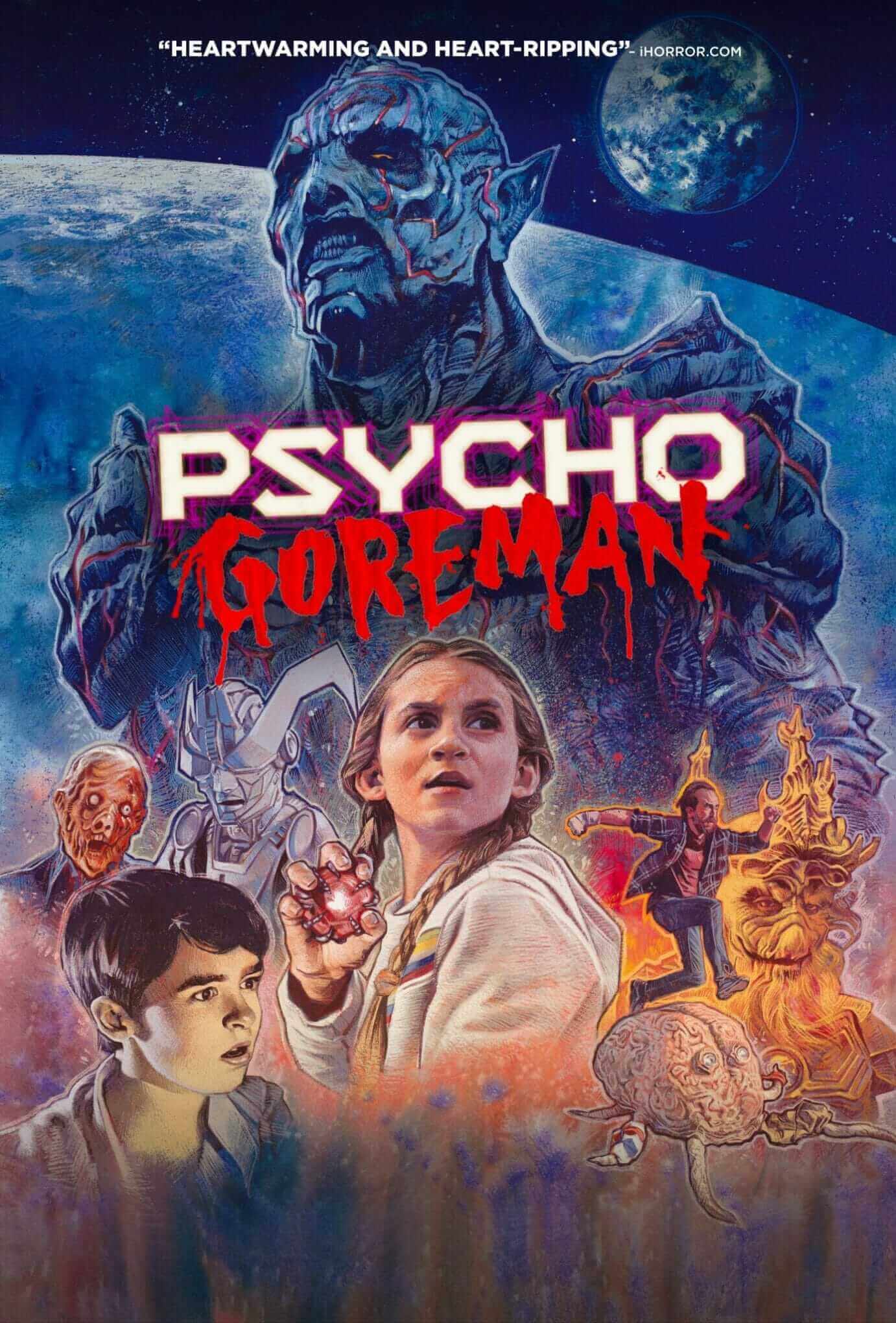 TLDR I had such a blast watching PG: Psycho Goreman, though I would have loved to have seen it in a packed theater for a midnight screening. Such an experience is only a fantasy during these depressing COVID-times. Some might be annoyed by the story’s lack of emotional depth, but PG: Psycho Goreman isn’t supposed to make you feel all warm and fuzzy inside. Rather, it’s a vehicle for over-the-top violence. If that’s not your bag, then you’re better off watching E.T. for hundredth time. I’m here for the monsters and gore. And if you’re like me, then beware: you’re in danger of having way too much fun.