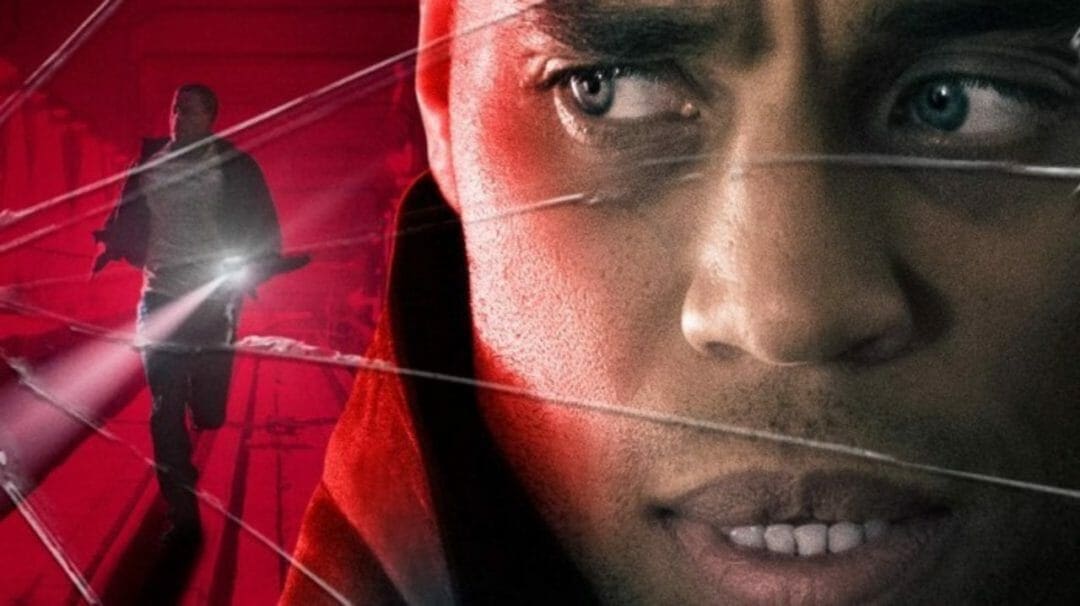 The nature of human existence and one’s perception of reality can raise questions by challenging our own fundamental experience. In David Rosenthal’s remake of Jacob’s Ladder (2019), we find ourselves confronted with grotesque visions, dreams, and traumatic flashbacks, all of which attempt to distort our judgment of what’s real and what’s not.

Jacob’s Ladder stars Michael Ealy (Underworld: Awakening) as Jacob Singer, a medical surgeon veteran whose dealing with the loss of his brother during the war in Afghanistan. As Singer works closely with veterans who suffer from Post Traumatic Stress Disorder, he is approached by a veteran who claims his deceased brother, Isaac Singer played by Jesse Williams (The Cabin in the Woods), is alive and living underground. Confronted with the resentment and betrayal felt by Isaac, Jacob Singer’s own sanity takes a turn for the worst as his own demons begin tearing at the seams of his mind.

2019’s Jacob’s Ladder attempts to claim the elements that made Adrian Lyne’s original classic from 1990 a well-layered psychological horror film that left you questioning one’s sanity, as well as spiritual well being. Yet what we find is a remake that ultimately falls short even on its’ own merits, leaning more towards a pragmatic approach to storytelling.

Rosenthal’s Jacob’s Ladder does effectively deliver an acting ensemble that carries the film; even in the most unorthodox of narratives and settings. The supporting cast, Nicole Beharie (FOX’s Sleepy Hollow) and Guy Burnet (Philip K. Dick’s Electric Dreams), offer little to the film’s narrative, but do hold enough ground for our main character’s to tread along. Ealy’s portrayal of Jacob Singer was nothing short of impressive, at the least. Depicting a character in the midst of decent and psychological trauma, Ealy handles the many facets of Singer’s personality with a drive that promises it won’t disappoint. Yet the film’s narrative keeps Singer’s decent visible only on the surface, with faint insight into his psyche. 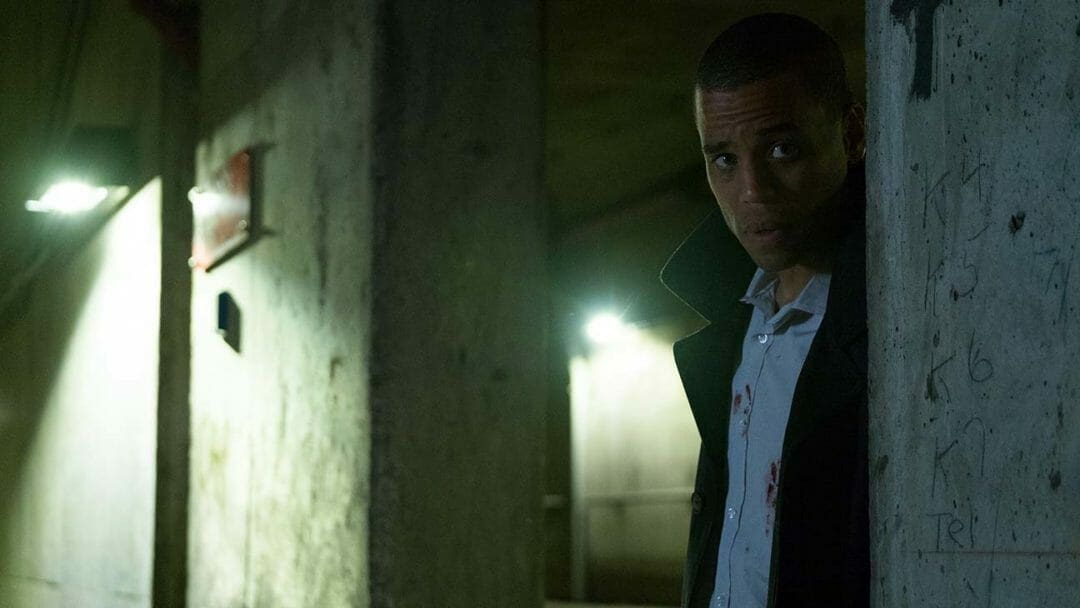 The themes in Jacob’s Ladder are somewhat departed from its superior counterpart; the original 1990 film. Visually, both display similar sequences of grotesque violence and hallucinogenic experiences; yet as we delve deeper, they are unrecognizable from each other. The surreal nature of the original Jacob’s Ladder offered a rationale that was relatable to many viewers; how we deal with trauma and the effects it has on our psychological, as well as spiritual, life. Rosenthal’s film deals with several themes such as PTSD, the afterlife (a purgatorial state), fidelity, and conspiracy theories; all of which dissipate in the midst of the film’s jagged narrative. Once we’ve reached the film’s conclusion, most of these themes are disregarded entirely. There are interesting moments within the film that shed light on the unraveling plot, such as Edgar Allen Poe’s poem titled, A Dream Within A Dream, seen posted in a subway station cart; suggesting Singer’s experiences are fabricated.

It appears the culprit responsible for the film’s “bad trips” is due to a psychedelic drug known as HDA, which is targeted towards veterans suffering from PTSD with hopes of easing their mental afflictions. Unfortunately, the drug’s side effects take its users on a gradual overthrow of lunacy

Jacob’s Ladder feels less like a psychological horror/thriller with frightening visuals and more of a thriller in the vein of similar films such as The Machinist, Mulholland Drive, and Lost Highway. There are moments within the film which touch base on other themes; one character references Meister Eckhart, German theologian, to describe the burning of Hell as the part of your soul that doesn’t want to rest, and therefore remains in a state of purgatory after death—this was a major plot-point in the original film and I wasn’t entirely sure this reference was used as a red herring or an homage. 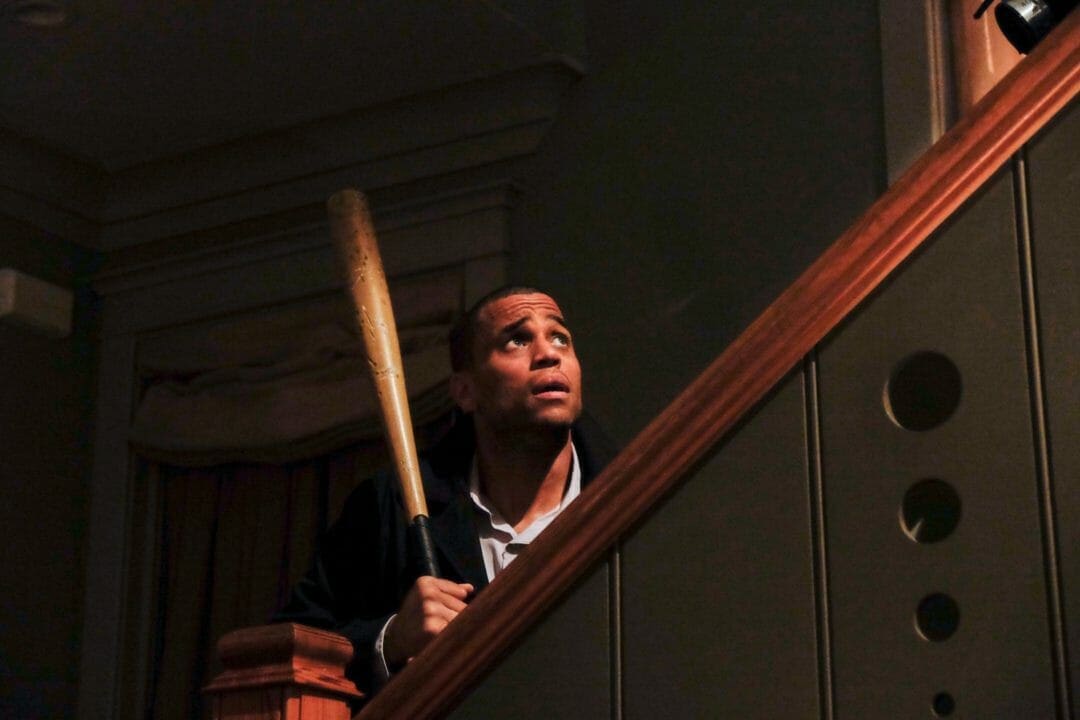 In terms of production value, Jacob’s Ladder has a visual aesthetic similar to a larger budget film as well as a musical score worthy of noting. Unfortunately, some of the visual effects weren’t so noteworthy as the overused headshaking effects and CGI were insufferable. Although I’m trying my very best to avoid comparisons to the original Jacob’s Ladder (1990), Rosenthal’s film lacked the haunting atmosphere. But credit must be given where it’s due- the later film placed its efforts in building a story around two brothers, slowly unraveling their relationship. Even scenes of a field outside the family farmhouse were shot beautifully while demonstrating the bond between Jacob and Isaac as children.

Jacob’s Ladder (2019) attempted to present several themes throughout the film, which ultimately were decided to be pushed aside for an ending that seemed groundless. Perhaps this was an attempt to thwart fans of the original film, or just merely inject a “twist” ending (I’ll go with the former). It’s a shame the film did not dive further into PTSD rather than sticking to the HDA drug as the incurable malady. Was there a necessity to remake the original film? Absolutely not.

In all honesty, Rosenthal’s film departed from the source material enough to be its own movie; without any ties to Lyne’s original classic. The horror elements were just as easily forgetful with jump scares being 90% of the film’s “scary” moments. Jacob’s Ladder (2019) isn’t a bad film at all. It’s just not a very memorable one. The original took you on a journey, which would eventually land to a destination. This remake attempts to tread new territory which ultimately leads nowhere.

Are you a fan of the original Jacob’s Ladder)? What are your thoughts, comparing both the original 1990 film and its remake? Be sure to hit us up and let us know on social media through Facebook, Instagram, and Twitter. 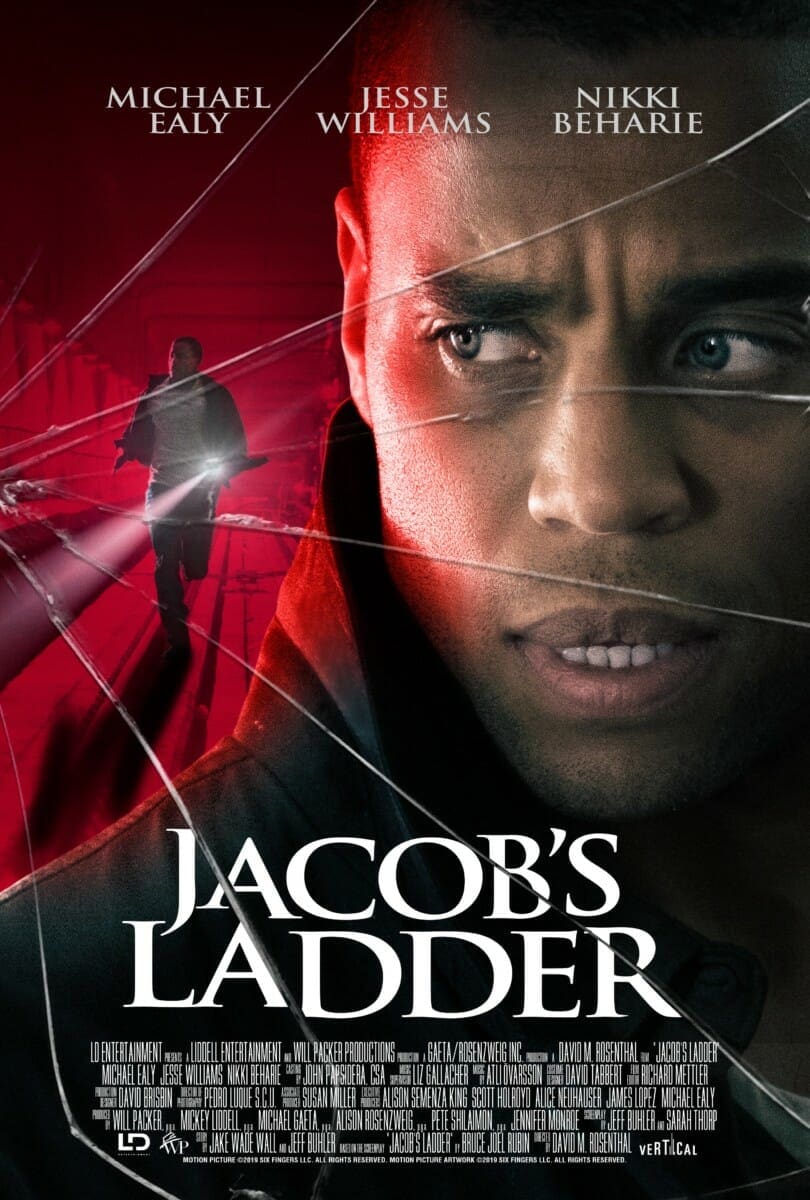 TLDR: Jacob’s Ladder (2019) isn’t a bad film at all. It’s just not a very memorable one. The original took you on a journey, which would eventually land to a destination. This remake attempts to tread new territory which ultimately leads nowhere.