From the mind of Jeffrey Reddick (Final Destination, 2000) comes a new entry in the moral horror canon that lands with a whimper rather than a bang. Don’t Look Back presents some interesting questions about morality and public death in the modern world but fails to address them in any significant manner. It’s an exploration of karma without necessarily offering enough in the form of scares or story to elevate the material, In all honesty, it feels amateur compared to the fascinating dilemmas of fate that the Final Destination franchise has engaged with so successfully. That said, the film features an intriguing story and a charming leading lady that help elevate the material.

Don’t Look Back begins with our protagonist Caitlin Kramer (Kourtney Bell), sharing a birthday celebration with her dad (Orlando Eric Street), when a break-in happens and tragedy strikes. The story picks up almost a year later, with Caitlin recovering from grief and her near-death experience. She goes on a run in a local park and accidentally bumps into a seemingly nice stranger, Douglas Helton (Dean J. West, The Hunt). They exchange pleasantries and then Caitlin continues on her run. Before she can take off, Douglas is jumped by a man in the park and beaten as various witnesses look on, offering no help. From that day in the park, the group of witnesses are hunted down one by one. If you’d like to know who survives and why no one helped Douglas, you’ll have to check out the film. 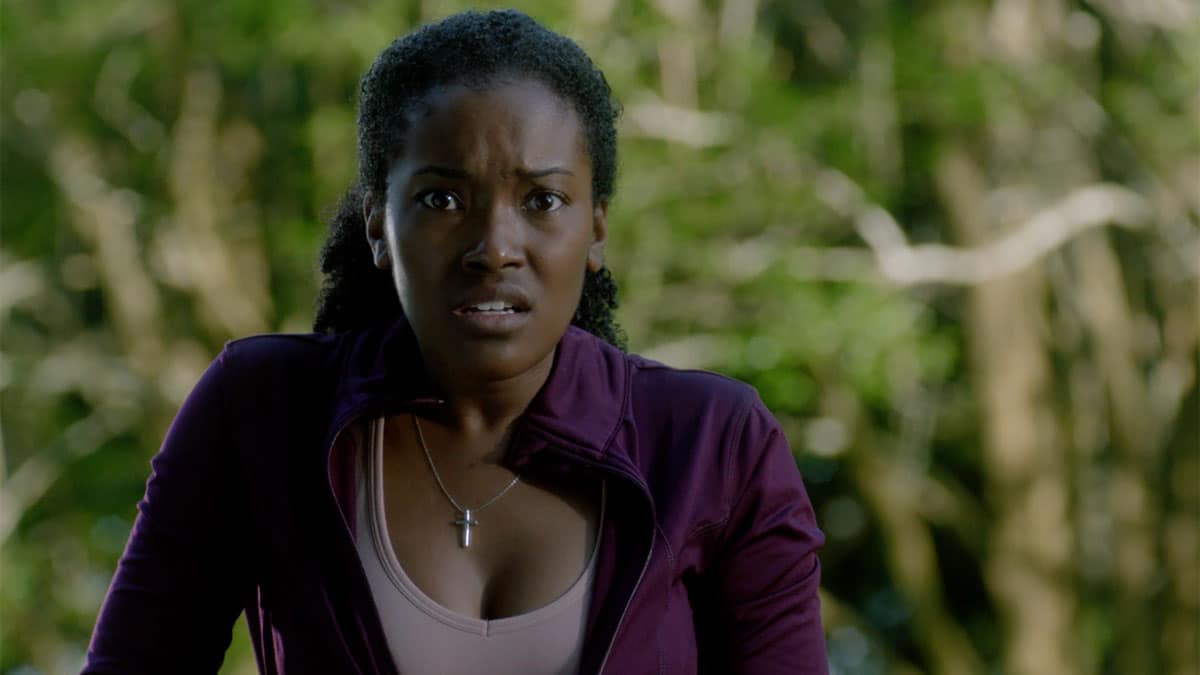 For a feature directorial debut, Reddick’s style shows promise throughout the film yet never fully develops, always instead playing the safer option. The real promise of Don’t Look Back is in the story, which will keep you gripped even as the film stumbles in execution. An atmosphere of dread hangs over the film like a very thin veil when you want it to be a blanketing fog. The scares are mostly unsuccessful, coming off hollow and repetitive. I do think Reddick is still figuring out his directorial style. There’s a lot borrowed that doesn’t quite pan out, but there are genuinely effective moments. Those moments had me wondering where that was for the rest of the film. As previously mentioned one of the film’s saving graces is the lead, Kourtney Bell. She delivers a powerhouse performance in an otherwise lackluster film. While she’s not in your typical “final girl” scenario, she still capably carries the story and had me not only invested but eager to see how the story turned out for her character. I wouldn’t be surprised if we see a lot more of her in the future.

Don’t Look Back is essentially a horror version of ABC’s What Would You Do? with lead Caitlin taking the place of an average everyday person (though with some additional emotional baggage, but who doesn’t have that). In the face of tragedy she stutters, she pauses, and she stares in awe. By the time she reaches for the phone, it’s too late – she sees the haunting face of Douglas pleading for help before he died. At its core, Don’t Look Back deals with the “Good Samaritan Dilemma”. If you saw someone who needed help and did nothing, are you just as responsible for what happens to them? While the theme is topical and timeless, where it fails is in its lack of an attempt to empathetically address why Caitlin hesitated to help. 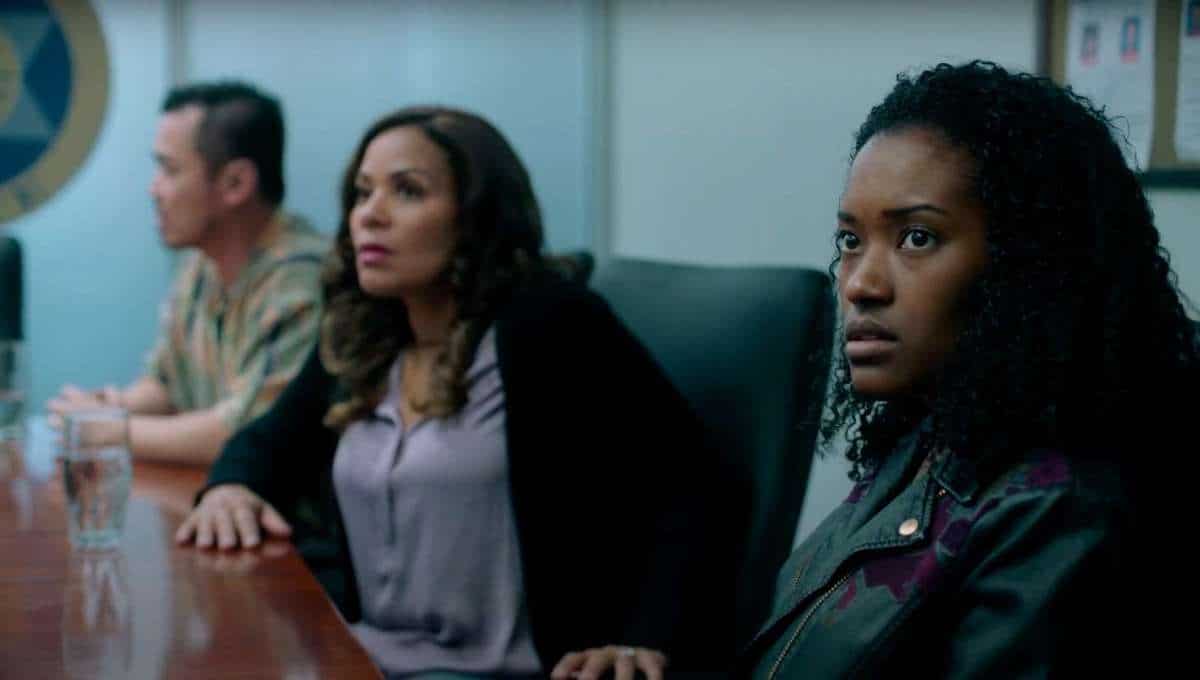 The moral crux of the film is that it essentially shows what anyone would do in such a situation and then attempts to demonize Caitlin and the other bystanders for not doing more. The film then offers a surface-level view of the guilt that follows them after Douglas’ death, ultimately concluding in an unsatisfying ending that leaves all of its own questions unanswered. Instead of doubling down on a simple premise and packing it with fun effects and real scares, Don’t Look Back focuses on trying to elevate itself and come up with a twist.

Overall, Don’t Look Back comes off as a lesser successor to the Final Destination franchise. It lacks the fun creativity of Final Destination and would have benefitted from doubling down on horror basics, instead of trying to elevate itself to social commentary. Don’t Look Back seemed reluctant to tell this story instead of relishing it, perhaps from taking itself too seriously. That being said, it’s a fun popcorn quarantine movie to throw on when you’re craving some new horror. You might still find yourself having fun on Caitlin’s journey!

Let us know what you thought of Jeffrey Reddick’s Don’t Look Back over on Twitter, in the Nightmare on Film Street SubReddit, and on Facebook in the Horror Movie Fiend Club! TLDR Overall, Don't Look Back comes off as a lesser successor to the Final Destination franchise. It lacks the fun creativity of Final Destination and would have benefitted from doubling down on horror basics, instead of trying to elevate itself to social commentary. Don't Look Back seemed reluctant to tell this story instead of relishing it, perhaps from taking itself too seriously. That being said, it's a fun popcorn quarantine movie to throw on when you're craving some new horror. You might still find yourself having fun on Caitlin's journey!