The man behind the year’s most recognizable clown, David Howard Thornton, is back! For months he’s been breaking the box office and now, he’s here to almost break the law in Steven LaMorte’s unauthorized holiday horror parody of grinchy *wink* proportions, The Mean One. For years “The Mean One” has had a stranglehold on Newville, swooping in to cut down anyone that dares to celebrate Christmas. That is until the now-grown Cindy You-Know-Who (Krystle Martin), daughter of his first victim, returns to the town to settle the score once and for all.

Directed by Steven LaMorte from a screenplay written by Finn & Flip Kobler, The Mean One is loaded with holiday horror-related gags and goofs. It’s super low budget but features some surprisingly well-shot action sequences, including a bloody bar fight where The Mean One takes on an entire pub crawl crew of drunk Santas. Christmas decorations are used as murder weapons, Icicles are jammed through eye sockets, and guns are decorated in candy-cane-stripped camouflage. What the movie lacks in experience and funding, it makes up for the best it can in delivering a fun holiday horror. Its only goal is to make you laugh. 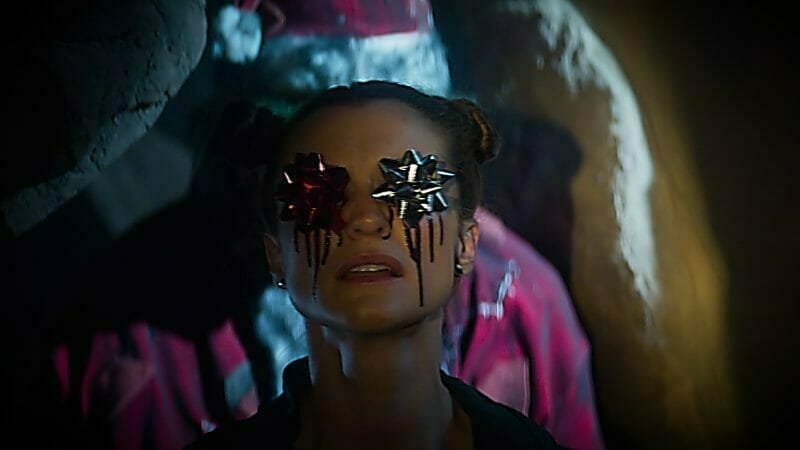 The horror world is in full Terrifier 2 hysteria, for good reason, and it’s the surprise best-case scenario for a movie like The Mean One. I’m sure Art The Clown fans would have turned up to see this low-budget holiday-horror spoof even 3 years ago but it’s really a dream come true for Steven LaMorte’s little movie that could. The words “Starring Terrifier 2‘s David Howard Thorton” is a beacon in the sky right now attracting anyone desperate for another dose of indie schlock.

David Howard Thornton’s make-up and costume as the definitely-not-copyright-infringing “Grinchy” villain do a lot of the work for him but he’s still a menacing figure in his physical performance. Sadly, he has no real dialogue. In an over-the-top b-movie, you really want your villain to have a few zingers. Maybe it was impossible to speak in the getup, or maybe anything remotely resembling a rhyme would have tipped the whole project into certified lawsuit territory. Whatever the case, that aspect of The Mean One’s personality is sorely missed. 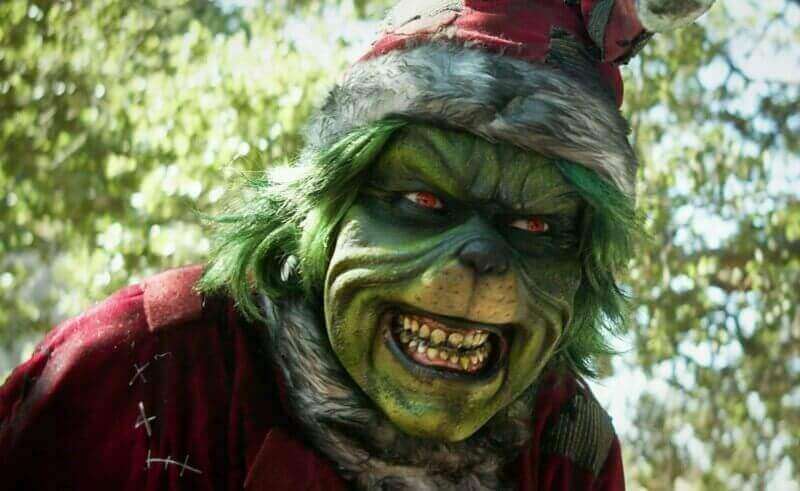 As with any low/no budget production, you really gotta check your critical eye at the door. Money is how you get well-decorated sets, cinematic lighting, and explosive, eye-popping effects. The Mean One is light on all three but it’s a scrappy little production that is as much fun as you personally want to have with it. Come looking for a good time, and you’ll surely have one. Come expecting a masterpiece and, obviously, you’ll be let down. Not sure who is walking into an indie holiday horror spoof like it’s an Oscar-qualifying film but it’s the wrong mindset to be in.


You don’t have to bash yourself in the head with a brick or drown your brain in bourbon before sitting down with this, but it might help if you have a hard time slipping into a low gear and cruising with kooky movies. The Mean One is by no means a triumph but it is Fun. Yeah, it’s got bad photoshop and a nonsensical script but it’s Fun. Sure, the characters aren’t “three-dimensional” and the kills won’t be making anyone’s Best of 2022 list but (say it with me now) it’s Fun. If fun is all your after, you’ll really dig The Mean One‘s specific brand of indie insanity. 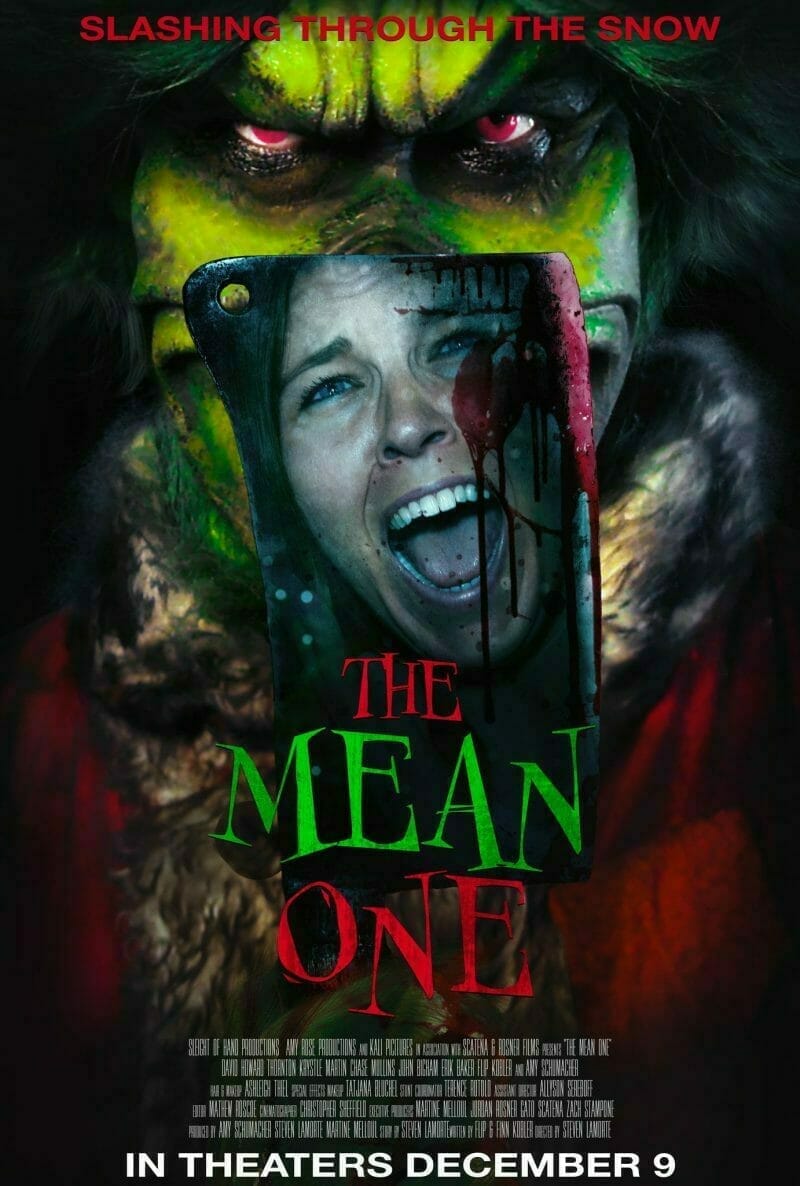 Review: THE MEAN ONE
TLDR
The Mean One is by no means a triumph but it is Fun. Yeah, it's got bad photoshop and a nonsensical script but it's Fun. Sure, the characters aren't "three-dimensional" and the kills aren't making anyone's Best of 2022 list but (say it with me now) it's Fun.
Fun
85
Story
50
Gags/Kills
50
Effects
50
59
SCORE