[Review] MONSTROUS is An Unconventional Yet Worthwhile Bigfoot Horror Movie

You can count on one hand the number of good Bigfoot films there are in existence. This sad fact is known to any Sasquatch enthusiast. But why does such an iconic figure in American folklore attract so many misguided and inept movies? Is it par for the course given the unlikelihood Bigfoot actually exists? Seekers of hidden animals everywhere would rather not acknowledge that theory. So, the better answer is, filmmakers view this quintessential cryptid as an easy storytelling device. They lure unsuspecting folks to the woods so that someone in a glorified ape costume can then chase them down. This basic and rarely innovative idea has led to countless B-movies.

Writer and actor Anna Shields obviously wanted to do something different when it came to depicting Bigfoot in a horror story. Whether or not her unconventional approach works is really up to your expectations. Are you after another garden variety ‘squatch tale, or do you want something unorthodox, if not flawed? Even the more open-minded viewers will certainly feel conflicted about Monstrous. 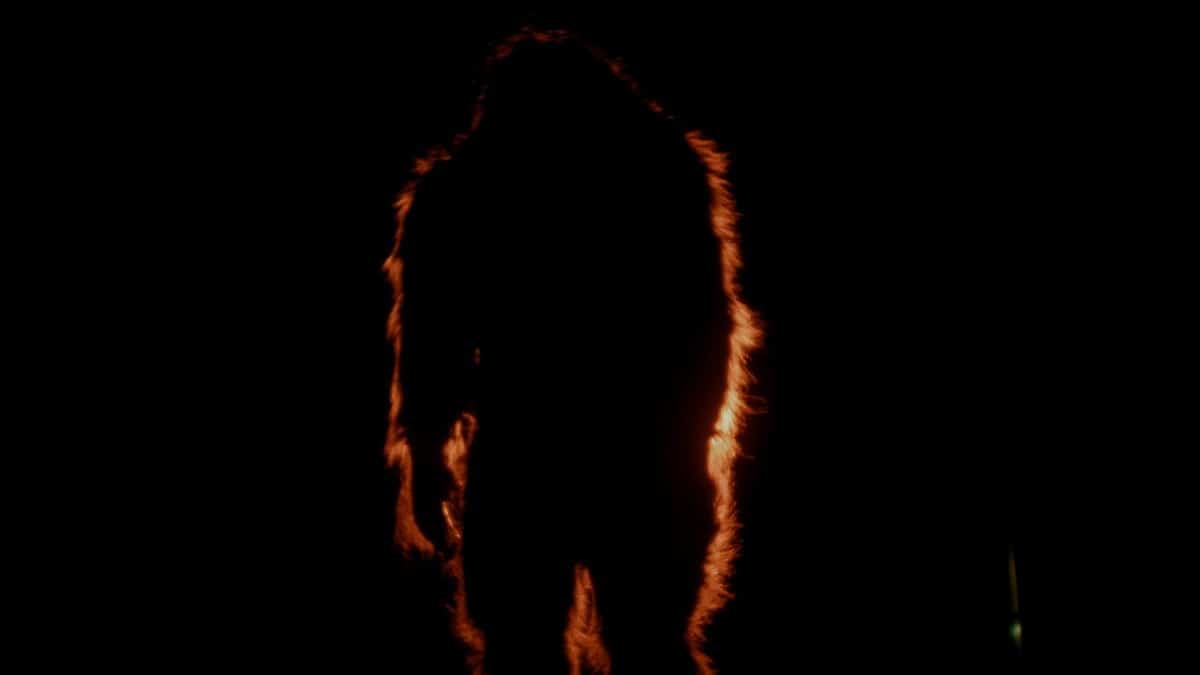 Monstrous begins with a woman named Dana (Kyrie Ellison) vanishing under mysterious circumstances in Whitehall, New York. The area, which is well known for its Bigfoot sightings, is located near the Adirondack Mountains. Back in Lansing, Michigan, Sylvia (Shields) and Jamie (Grant Schumacher) are investigating the disappearance of their friend. They plan to meet up with Alex, the last person seen with Dana, but Jamie is too sick to make the trip. This leaves Sylvia on her own with Alex, who turns out to be a woman (Rachel Finninger). As the pair travels to Whitehall, it becomes abundantly clear there’s an undeniable attraction between them. The new couple spends more time holed up in a cabin and exploring one another rather than looking for Dana. In the meantime, Sylvia starts to suspect that not only is there something big and scary lurking outside, but that Alex isn’t being completely honest with her.

Something like Monstrous riskily asks its audience to give it the benefit of the doubt. The film is singular enough to make it stand out from the herd, but it’s also somewhat misleading. For a large part of the movie, the bipedal enigma is unseen. This is only after we catch a glimpse of it — in a scene where the big guy is hauntingly realized through a glowing silhouette — in the opening. From that point onward, Shields’ script is more concerned with psychological drama.

“By no means is this a typical creature feature. […] The horror elements in Monstrous may be delayed and eclipsed by a romantic subplot, but they are still valid and worth the wait.”

With Jamie conveniently sick until he’s better enough to catch up to them, we are left with only Sylvia and Alex. Their awkward meet-cute graduates to full flirting and honeymooning before things take an ugly turn. Sylvia‘s formless anxiety eventually flourishes into justified dread as Jamie‘s Bigfoot theory pans out; outside the women’s cabin, the shadowy, tall behemoth prowls the area. He’s incredibly tardy as almost an hour has passed since his brief appearance in the beginning. Nonetheless, we’re glad to see him.

It’s hard to condemn Monstrous seeing as the movie obviously made an effort rather than concede to the same tired story of another Bigfoot run amok. Passable dialogue aside, Shields avoids writing stock characters; her leads are defined and convincing. In addition, Bruce Wemple’s direction is surprisingly expressive all throughout. During those scenes set outdoors, he skillfully captures the poetry of nature. Then, those more emotional or action-driven moments feature artful lighting. This is clearly not a point-and-shoot endeavor. 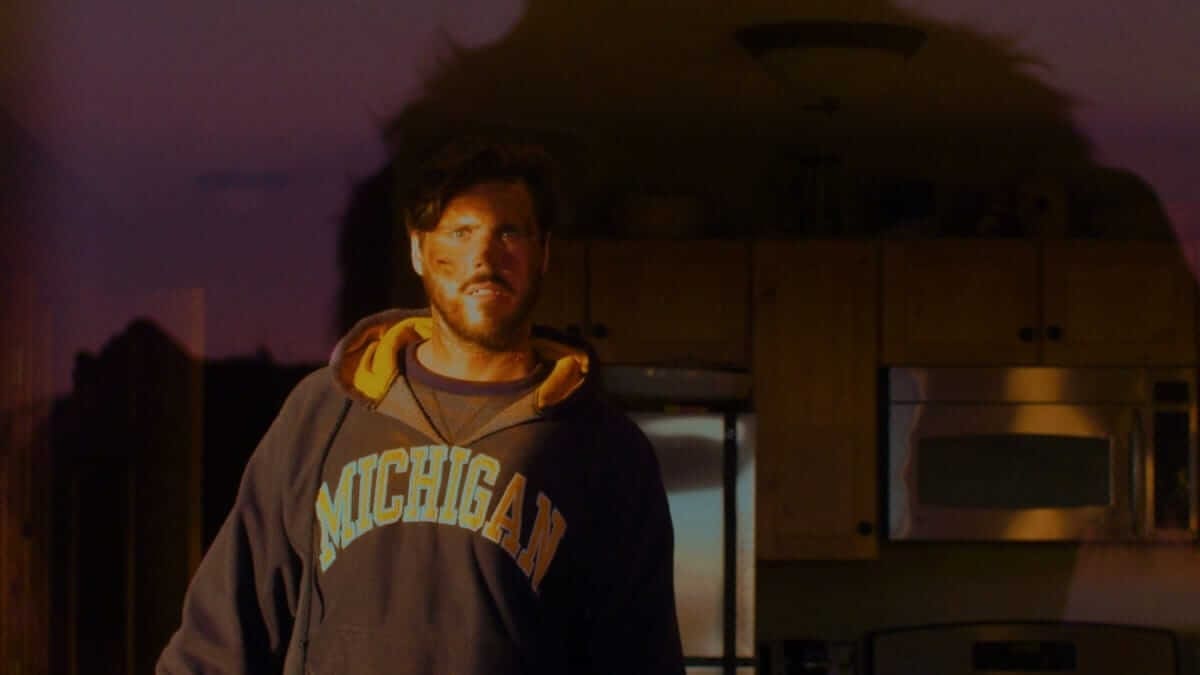 The Bigfoot here shows up later than some might like, but that decision ensures audiences aren’t desensitized to him. His brief and obscured presence sustains a desirable level of menace. It’s always advantageous for any director to not show the creature every fifteen minutes. Otherwise, this would be a very different movie. As for the humans, a good amount of thought was put into them, specifically the two main characters. Audiences won’t have trouble responding to Shields and Finninger’s chemistry. Their interactions make up the majority of the movie, and that on-screen rapport redeems the lack of Bigfoot action.

By no means is this a typical creature feature. It’s more interested in fleshing out its characters rather than having them be relentlessly stalked by a hairy predator. The horror elements in Monstrous may be delayed and eclipsed by a romantic subplot, but they are still valid and worth the wait.

Monstrous is now available on home video as well as at digital outlets. Share your thoughts on this Bigfoot movie with the Nightmare on Film Street community on Twitter, in our Official Subreddit, or in the Fiend Club Facebook Group! 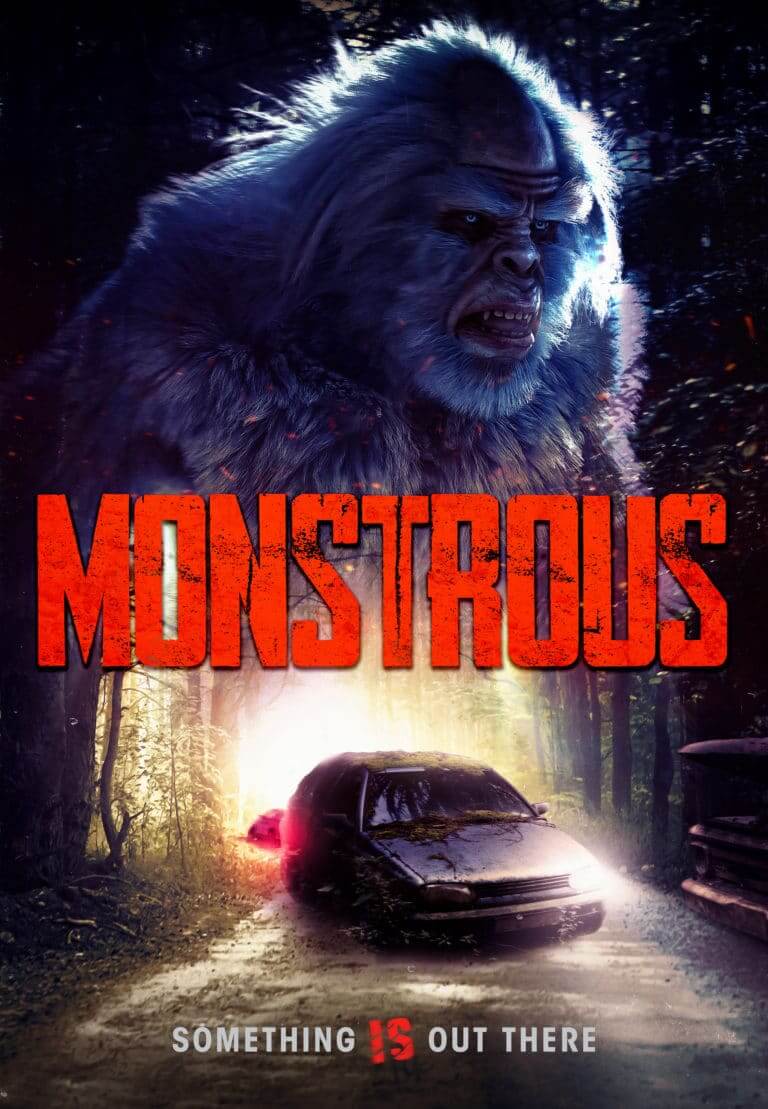 TLDR By no means is this a typical creature feature. It's more interested in fleshing out its characters rather than having them be relentlessly stalked by a hairy predator. Audiences won't have trouble responding to Shields and Finninger's chemistry. Their interactions make up the majority of the movie, and that on-screen rapport redeems the lack of Bigfoot action. The horror elements in Monstrous may be delayed and eclipsed by a romantic subplot, but they are still valid and worth the wait.