Sometimes all that’s needed to bring new energy to a well-trod genre is to inject some deceptively simple innovation into it. In the case of haunted house films, the subgenre has been explored and re-explored in horror until it would seem we’ve seen every possible variation several times over. More specifically, the format of a character forced to spend a night alone in an infamous abandoned house is a version of a ghost story that’s existed on and off-screen as long as people have been sharing spooky stories around a campfire. What could possibly be left to mine from such a well-worn format? Chilean haunted house film La Casa proves that simple yet highly creative filmmaking is all that’s needed to breathe new life into a tale as old as time.

La Casa is written and directed by Jorge Olguin, an established horror director in Latin America who I would say is poised to bring his talents to an international audience sooner than later. His ability to mine serious tension out of a low budget and a straightforward story is a good reminder of how to bring horror back to basics. La Casa feels uniquely like a full-length short film. It’s a tight 75 minutes and its plot never strays from the point of view of a single character on a single night.

“La Casa proves that simple yet highly creative filmmaking is all that’s needed to breathe new life into a tale as old as time.”

La Casa opens with a montage of retro television programming explaining the urban legends and reported paranormal activity surrounding an abandoned 19th-century house in Santiago, Chile. After we’re giving this brief background we begin to follow a police officer, Arriagada (Gabriel Cañas) on a night patrol in the 1980s, during a period of civil unrest in Chile. Arriagada is clearly shaken by some unknown event earlier in the evening, but he pulls himself together to investigate reports of trespassers spotted in a local abandoned house.

Once we meet Arriagada, La Casa shows us what type of ride we’re in for. The film was shot in “real-time” over the course of only three nights. What does that mean exactly? Well from the moment we meet Arriagada to the coda at the end of the film, La Casa is one continuous, unbroken shot. While it’s possible the camera does actually cut at several moments, the edits are so rare, and so seamlessly hidden, that it truly feels like the viewer is experiencing the events of the film with Arriagada. It’s as if we are literally walking directly behind him the entire time.

The unbroken, handheld cinematography is an incredible vehicle for effective scares. As Arriagada explores the house, we feel as if we are glancing around each darkened corner ourselves, bracing for what may be lurking in the shadows. Sometimes we see something that our protagonist doesn’t — a figure lurking just outside of his sightline but well within ours. Often we explore an unnerving space with no apparitions at all, further drawing out the tension of the moment and raising the heart rate of the viewer. I wouldn’t call La Casa slow burn so much as I would call it a single feature-length scare. It’s like the agonizing suspense leading up to a scare for over an hour, with small bursts of activity to lightly break the relentless tension. 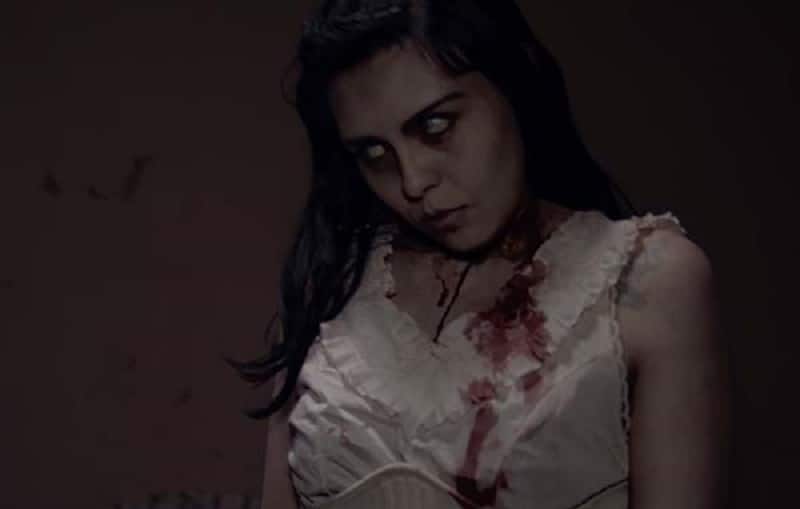 Adding to the effect is the excellent sound design and score, also composed by Olguin. Each moment inside the house is supported by a soundscape of supernatural noises and Olguin’s subtle, synth-heavy score. It’s often difficult to decipher which sounds exist only in the score for the viewer to hear and which are being produced by the entities who haunt the house, adding to the disorienting effect of the music. In the rare moments when the score bursts forth into a constructed melody, it does a good job supporting the 80s era setting without taking the viewer out of the suspense.

La Casa is largely free of dialogue, with nothing but the sounds of the house and the occasional chatter of Arriagada’s walky-talky once he enters the gates. It’s a refreshing choice that allows the viewer to zero in on the horror of the house without distraction. Cañas does a great job as the only living character on screen. He convincingly embodies abject terror without any dialogue to guide him, and we believe his fear.

La Casa often has the same effect as walking through a haunted house or a first-person horror game. The unique cinematography and structure make the scares feel surprisingly immersive. As a certified horror fan who is also a chicken, I can attest that I was often watching the film unfold from halfway behind a pillow and yelling at the camera for daring to follow the protagonist upstairs because it felt as if I was walking up into the darkness myself. When the ghosts do appear, they prove that you don’t need a big budget to craft some effective apparitions. One entity, in particular, boasts an unnerving design that stuck with me.

Like most haunted house stories, La Casa is about a little more than some poor sap finding himself in the wrong place at the wrong time. The house has plans for Arriagada that reveal more about what put him in such an unbalanced state prior to responding to the call that night. The reveal at the end is highly effective, but it’s unfortunately hampered by a coda that lays out his past a little too clearly. I love some ambiguity and wish the film had ended without any exposition, but I understand that many viewers may have been frustrated by having to put some pieces together. While it pulled me a bit out of the punch of the ending, it didn’t ruin the overall experience.

“The brilliance of La Casa lies in its simplicity…”

Olguin based his story on the actual urban legends surrounding Casa Dubois in Santiago, a notoriously haunted property from which much of the backstory of the house is taken. The fact that the story is based on true local folklore adds to the effect of a cinematic campfire story, although I found a post-credits sequence of footage from paranormal investigations and tv specials about the house broke the spell of the film for me a bit. The brilliance of La Casa lies in its simplicity, and I wish that focus had been maintained throughout. But it’s a small complaint about a film that is overall refreshingly streamlined in its focus and unbroken scares.

La Casa is the first Dread release of 2021. It will be arriving on VOD on January 19th and on Blu-Ray on February 2nd. Check it out and let us know your thoughts on this unique haunted house film over on Twitter, Reddit, Facebook, and in the official Nightmare on Film Street Discord. Not a social media fan? Get more horror delivered straight to your inbox by joining the Neighbourhood Watch Newsletter. 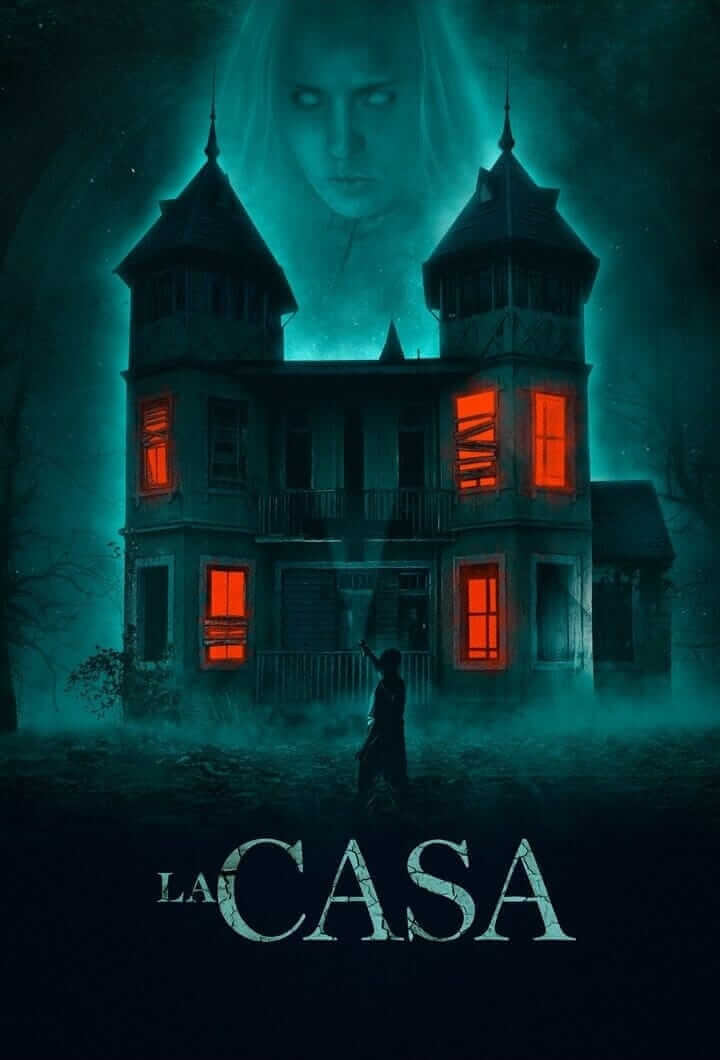 TLDR: With its unique single take style and real time, straightforward structure, La Casa proves that sometimes a back to basics approach is all that's needed to breath new life into a well trod premise. Some of the simplicity is tarnished by a tiny bit of over exposition at the end. But otherwise, La Casa is an exercise in pure scares un-fettered by the weight of anything but its atmosphere.