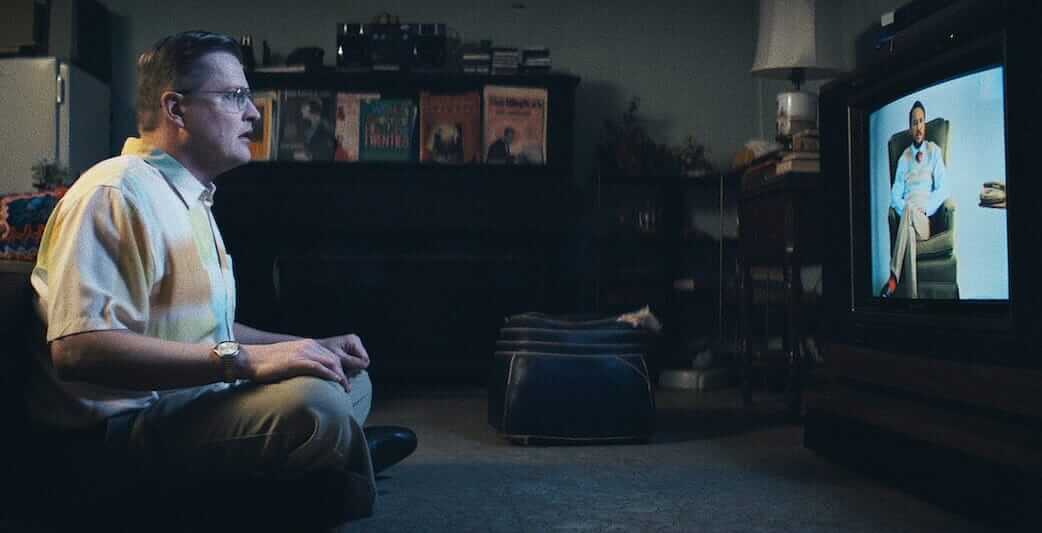 Trial and error is essential to dating. The process today is easily done with swipes and taps, but in a bygone era where apps had yet to exist, the alternative to old-fashioned socializing was more offbeat. Jon Stevenson’s Rent-A-Pal takes us back to 1990 when dating online was unheard of. You either hedged your bets and approached someone in public, or you did what David (Brian Landis Folkins) does — join a dating service.

Party hotlines and video dating were once used by lonely hearts like David. Forty-years young, single, and busy looking after his widowed mother (Kathleen Brady) who suffers from dementia, David seeks out the services of Video Rendezvous. He’s become a social recluse after enduring multiple family hardships; on top of his mother’s condition, both David‘s father and brother are dead. While his dating video hasn’t received any responses yet, David discovers a curious cassette called “Rent-A-Pal.” The tape features a charismatic man named Andy (Wil Wheaton) who forges an instant rapport with susceptible viewers. Finally, David becomes so entranced by his new “friend” that he loses all grip on reality.

Humans cannot exist on food and water alone; we need interpersonal interactions to keep our minds healthy, too. David is an extreme example of what happens when someone is deprived of love, or rather a chance at it. In his case, David‘s isolation comes from shouldering his mother’s ailment without help. With no other family around as well as a parent who doesn’t recognize her own son, it’s no wonder someone like David is so drawn to Andy.

The premise of Rent-A-Pal is comparable to that of fellow genre tales of alienation — particularly May and Love Object — and the pathological desire for relationships. There is no valid supernatural element in the movie as we can only assume the more suspicious moments between the protagonist and his analog buddy are imagined. For instance, Andy seems like a straight-edge kind of guy, but there are times where he shares bizarre and salacious confessions. Is this really happening, or has David simply cracked? All signs point to him projecting his own unfulfilled urges and wants.

“Don’t mistake Rent-A-Pal for something quirky. Instead, Stevenson’s directorial debut is ardent, frank, and downright disturbing.”

Then enters Lisa, the one bright spot in a very dark and hopeless movie. Amy Rutledge’s delivery is heartfelt and full of compassion; she single-handedly offsets the drearier elements all the while voicing the audience’s concerns. She’s drawn to David‘s video because of how honest he is about his home life and obligations. Whenever Lisa offers an ear or dispenses sage advice regarding David‘s duties, he becomes defensive. In turn, he pushes her away and returns to the one person who makes him feel unconditionally loved.

Rent-A-Pal is rarely easy to watch for a number of reasons, but a stack of bravura and intimate performances make it digestible. In addition to Rutledge’s earnestness, Brian Landis Folkins surrenders himself completely when conveying David‘s anguish. He is equally adept at showing stoic misery and unconstrained mania. There’s a potent mixture of resentment and fury inside of David that Folkins expresses in every single scene. Kathleen Brady will also break your heart as a victim of declining health and neglect. As for the movie’s ostensible villain, Andy is uncommonly animated by Wil Wheaton; he alternates between wholesomeness and mischief with eerie ease. 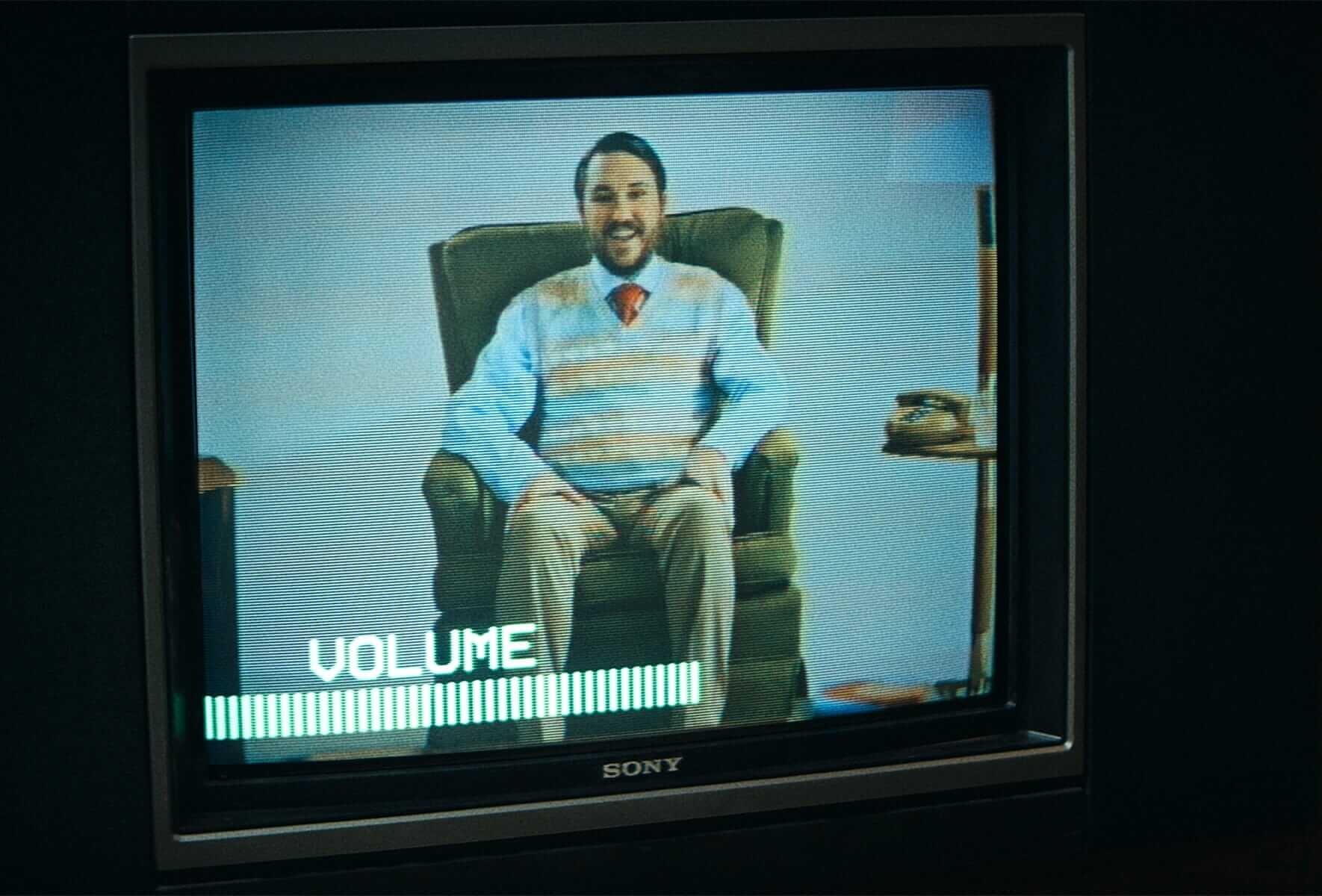 Don’t mistake Rent-A-Pal for something quirky. Instead, Stevenson’s directorial debut is ardent, frank, and downright disturbing. It is a cheerless narrative seasoned with modest surrealism and controlled bursts of insensibility that will all hit close to home for those people who have, and often at their own expense, devoted themselves to caring for others. When an anomalous movie like this tries to make sense of their hardship, it’s important to take note. Stevenson communicates their burden and pain in an uncompromising way; he spares no emotion when it comes to addressing the inevitable depression and indignation that befalls someone in David‘s situation. Those who relate to or are in a similar position as the protagonist will undoubtedly be endeared to this singular and gripping study of destructive loneliness.

Rent-A-Pal is now available at digital retailers, on VOD, and in select theaters. Share your thoughts on this movie with the Nightmare on Film Street community on Twitter, in our Official Subreddit, or in the Fiend Club Facebook Group! 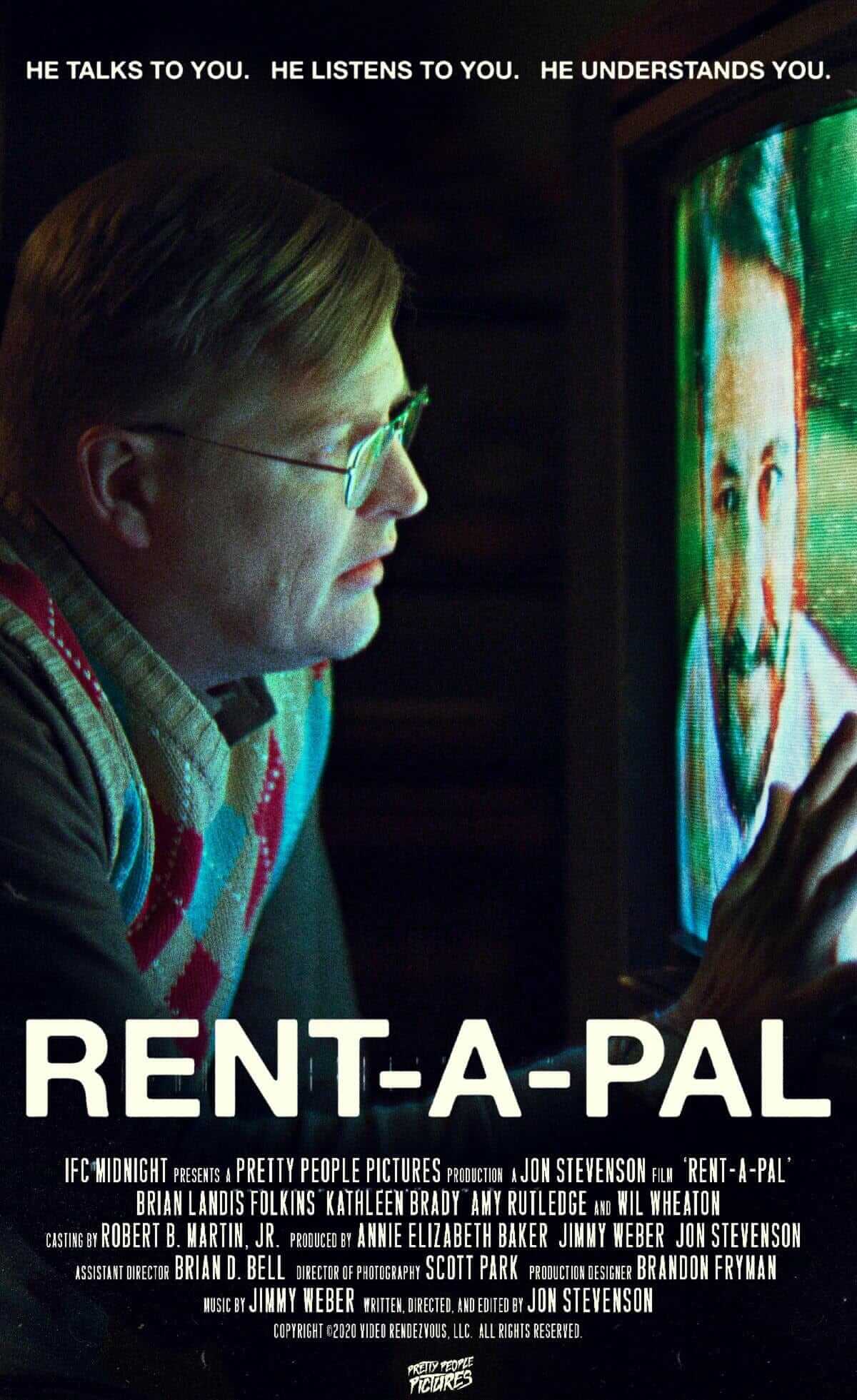 TLDR Don't mistake Rent-A-Pal for something quirky. Instead, Stevenson's directorial debut is ardent, frank, and downright disturbing. It is a cheerless narrative seasoned with modest surrealism and controlled bursts of insensibility. The movie is rarely easy to watch for a number of reasons, but a stack of bravura and intimate performances make it digestible.