With more and more growing concern about what all the future has in store for us in these uncertain times, the need for speculative storytelling is higher than ever. Black Mirror has zeroed in on technophobia and the numbing isolation people feel as science advances past necessity, but what about the fear of the uncharted? Last century saw an uptick in exploring unmapped frontiers beyond the human eye, and now a movie liked Doors is continuing the theme with a twist. Rather than exiting Earth to see what space offers, humans are making contact here at home.

Producer Chris White (V/H/S Viral) and Bloody Disgusting’s recent collaboration is an example of a hyper anthology; the stories are all connected by a shared element. In this case, the sudden appearance of sentient, alien doors all around the globe is signaling disquietude and doomsday terror. What does it all mean for the people who are being absorbed through these portals? And what of those left behind?

Doors is a no-wait assemblage of space fiction; the triggering event is introduced within mere minutes of the movie’s beginning. “Lockdown” finds a handful of students trapped in school as the arrival of the eponymous objects scatter themselves across the planet. And one, in particular, is now settled in the hallway. Of all the segments, the opener is the most suspenseful as everything feels new. No one has any idea as to what’s going on, the characters are all inexperienced and scared, and the door is ghastly in appearance. Horror enthusiasts won’t have trouble getting behind the idea of teenagers fighting to survive the pull of the throbbing, conscious, and extraterrestrial threshold.

Some time has passed since the doors’ ominous entrance. The people still here are either actively avoiding the anomalies, or they’ve banded together to learn of their origin and purpose. “Knockers” centers on one team of volunteers as they willingly enter the monolith at their own risk. In the advised twelve minutes he’s allotted before he has to return, Vince (Josh Peck) is caught in a tense standoff with a pair of exact lookalikes. The other side of this door is at first as mundane as can be; it’s a mere household like yours or mine. Yet like in Annihilation, the familiar location gradually changes in appearance to further manipulate our senses and undo any shred of comfort felt earlier on. Overwhelming dread becomes it’s most tangible here.

The third story sees TV On The Radio’s Kyp Malone playing Jamal, a reclusive researcher living in the forest and hoping to make peaceful contact with whatever lies behind an unreported door. He asks an old colleague for help, but his doing so invites unpredictability and danger for everyone involved. After all the dismay we’ve seen so far, “Jamal” is, by contrast, quixotic and hopeful. Nevertheless, we’re not out of the woods just yet as a foreboding video chat between David Hemphill and Darius Levanté’s characters in the afterword reaffirms what we feared all along.

The anthology format is ostensibly reserved for horror. From Amicus to Hammer, from American Horror Story to Tales from the Crypt, it’s assumed segmented storytelling is earmarked for just the macabre. If there is any genre that perfectly intersects with horror, though, it would be science fiction. Even so, it’s staggering how rare sci-fi anthologies are aimed at the big screen. Doors shifts the balance in its favor by taking large ideas and compacting them enough so they both maintain their potency and intrigue. The beautifully-shot and brisk movie also pushes for cosmic uncertainty against everyday backdrops. We don’t necessarily travel to other planets, nor do we see long voyages to distant space regions or dimensions unseen by the naked eye. The fact everything happens in our backyards makes this compelling collection of New-Weird stories all the more accessible.

Doors arrives in select theaters on March 19, On-Demand on March 23, and on home video on April 6. Share your thoughts on the movie with the Nightmare on Film Street community over on Twitter, Reddit, Facebook, and in the official Nightmare on Film Street Discord. Not a social media fan? Get more horror delivered straight to your inbox by joining the Neighbourhood Watch Newsletter. 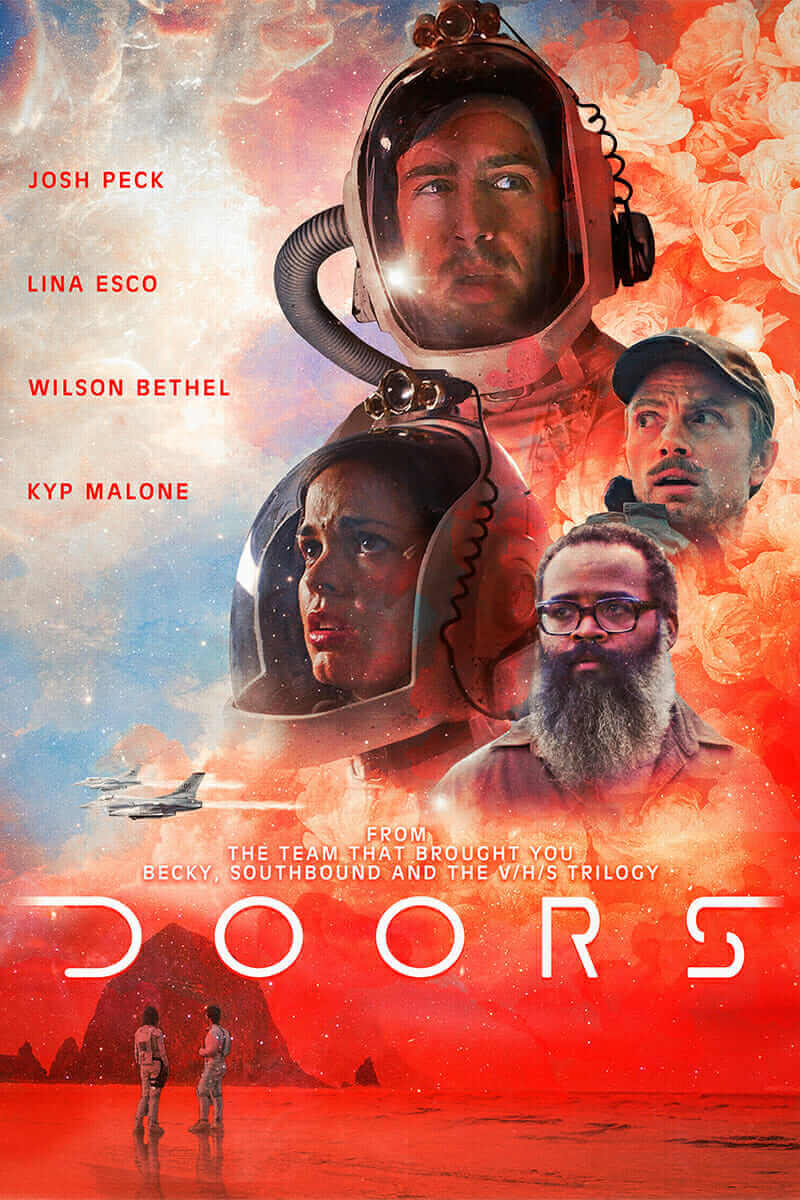 TLDR Doors is a no-wait assemblage of space fiction. The beautifully-shot and brisk movie also pushes for cosmic uncertainty against everyday backdrops. We don't necessarily travel to other planets, nor do we see long voyages to distant space regions or dimensions unseen by the naked eye. The fact everything happens in our backyards makes this compelling collection of new-weird stories all the more accessible.