I was surprised to read that Fangoria would be remaking Stuart Gordon’s 1995 direct-to-video classic Castle Freak. I couldn’t imagine how it would be expanded upon or how it would be modernized or what could be accomplished with a bigger budget. But some of those reservations were put to rest when I found out that Barbara Crampton, who starred in the original and worked numerous times with Stuart Gordon, would be producing. The screenplay was written by Kathy Charles and is the first script by the Australian author to be produced, though two other films she wrote, Jakob’s Wife and 10-31, are now in development. It’s the second feature for director Tate Steinsiek, however he worked on previous Fangoria projects like Satanic Panic and Puppet Master: The Littlest Reich in the specials effect department.

After being blinded in a drunk driving accident, Rebecca (Clair Catherine) receives word that her long-lost mother (Kika Magalhães, The Eyes of My Mother) has died and that she has inherited her family’s castle in Albania. She travels to the stone structure with her boyfriend John (Jake Horowitz, The Vast of Night), who just wants to sell the estate and roll around in the money. But Rebecca is more interested in learning about her family’s history and the mother she never knew. The two decide to temporarily live inside the castle while they sort out their business, but there’s a strange feeling hanging in the air.

“In the immortal words of Cardi B, the monster in this film is a ‘certified freak, seven days a week’.”

The nearby townspeople (who are fairly articulate in English) are convinced of an evil presence in the castle and Rebecca is overcome with nightmares about her mother on a nightly basis. And to add to all of these uneasy feelings, she’s also hearing things from inside the walls but whenever she tries to tell John that they’re not alone, he dismisses her, too preoccupied to look for monsters with dollar signs in his eyes. The couple is soon joined by their friends from Massachusetts. John assures Rebecca that they’re only there to help with the appraisal and that there will be no booze or drugs involved, a promise that is quickly broken. But once the bottles pop, the blood begins to run as a humanoid creature emerges from the shadows to join the party.

I’m not sure how I felt about having a gang of 20-somethings in the place of the grieving family looking to turn over a new leaf from the original. At some point, I realized that constantly comparing this film to the original was ruining my viewing experience. It should be enjoyed as its own entity and a shot-for-shot remake would be completely unnecessary. Introducing this youth crew of disposable wastoids makes the movie more of a slasher. The characters barely have any redeemable qualities about them and are clearly only there to be killed off. 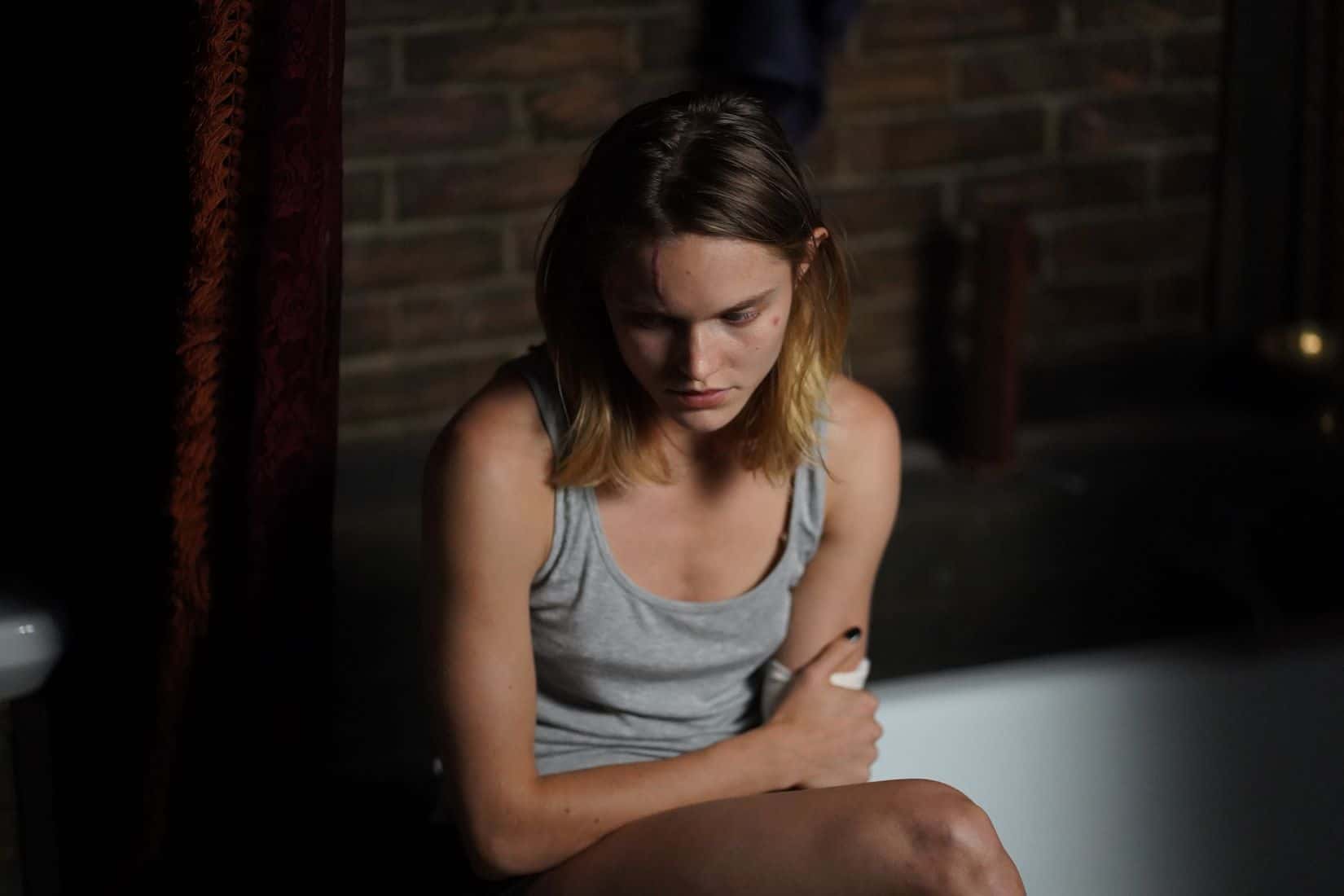 I personally wanted to reach through the screen and strangle John myself. As far as final girl boyfriends go, he’s the absolute worst. I don’t understand why Rebecca would stay with him for so long. After all, he’s responsible for deliberately driving drunk and blinding her. He feels some degree of guilt about it, yet he makes it a point to make Rebecca feel bad for not forgiving him. He treats her like a fragile child who’s unable to do anything for herself. He takes advantage of her blindness by keeping information from her, regularly gaslighting her, and going behind her back to do drugs and flirt with Shelly (Emily Sweet, Fear Pharm). Worst of all, he stomps around like he’s the king of the castle, as if it’s his own inheritance, unaware that if Rebecca were to break up with him tomorrow (which she should have done immediately after the accident), he would be left with nothing.

The only character worth keeping alive (besides Rebecca) is the young man nicknamed the Professor (Chris Galust, Give Me Liberty), being the only person in the group with a college education. He’s the only person who believes Rebecca when she says someone is living in the wall, and helps her uncover the secrets of the castle. Most of the burden of exposition rests on his back. The rest of it is explained through vivid hallucinations that Rebecca experiences in waking life.

“the practical gore effects and prosthetic makeup are on a level that can only be described with an Italian chef kiss.”

The remake attempts to expand on the Lovecraftian angle of the original by connecting the story to other works by H.P. Lovecraft. The Professor studies at Miskatonic University (the school in Re-Animator). Rebecca finds an ancient copy of the Necronomicon in her mother’s room, which the Professor helps translate. And there’s a secret cult living in the village bent on summoning the Old Ones. It’s as if they’re trying to establish a Lovecraft cinematic universe, which I don’t know if there was any demand for that. Lovecraft Country is perfectly capable of scratching that itch.

In the immortal words of Cardi B, the monster in this film is a “certified freak, seven days a week“. The Freak never passes on an opportunity to peep at a sex scene through a hole in the wall and lucky for it, the filmmakers never passed on an opportunity to shoehorn in a sex scene. Like the Freak, we get a full view of lots of T&A. Unlike the original, which hid the Freak for most of its first half, the hideous face of this new Freak is revealed before the opening credits. That being said, so much more is revealed about the Freak once it drops the sheet later in the film. I didn’t get the sense that the Freak was a victim of abuse in the same way Giorgio was in the original (there I go comparing it to the original again…). Aside from being whipped in the opening scene, the flashbacks reveal that the Freak wasn’t chained up in a dungeon for all of its life and got to roam the castle freely. Having a director who worked in special effects pays off in spades too because the practical gore effects and prosthetic makeup are on a level that can only be described with an Italian chef kiss. Set all that to a score by Fabio Frizzi (composer of Lucio Fulci’s Zombie), and it makes for a delicious meal for any horror fan. Muah! 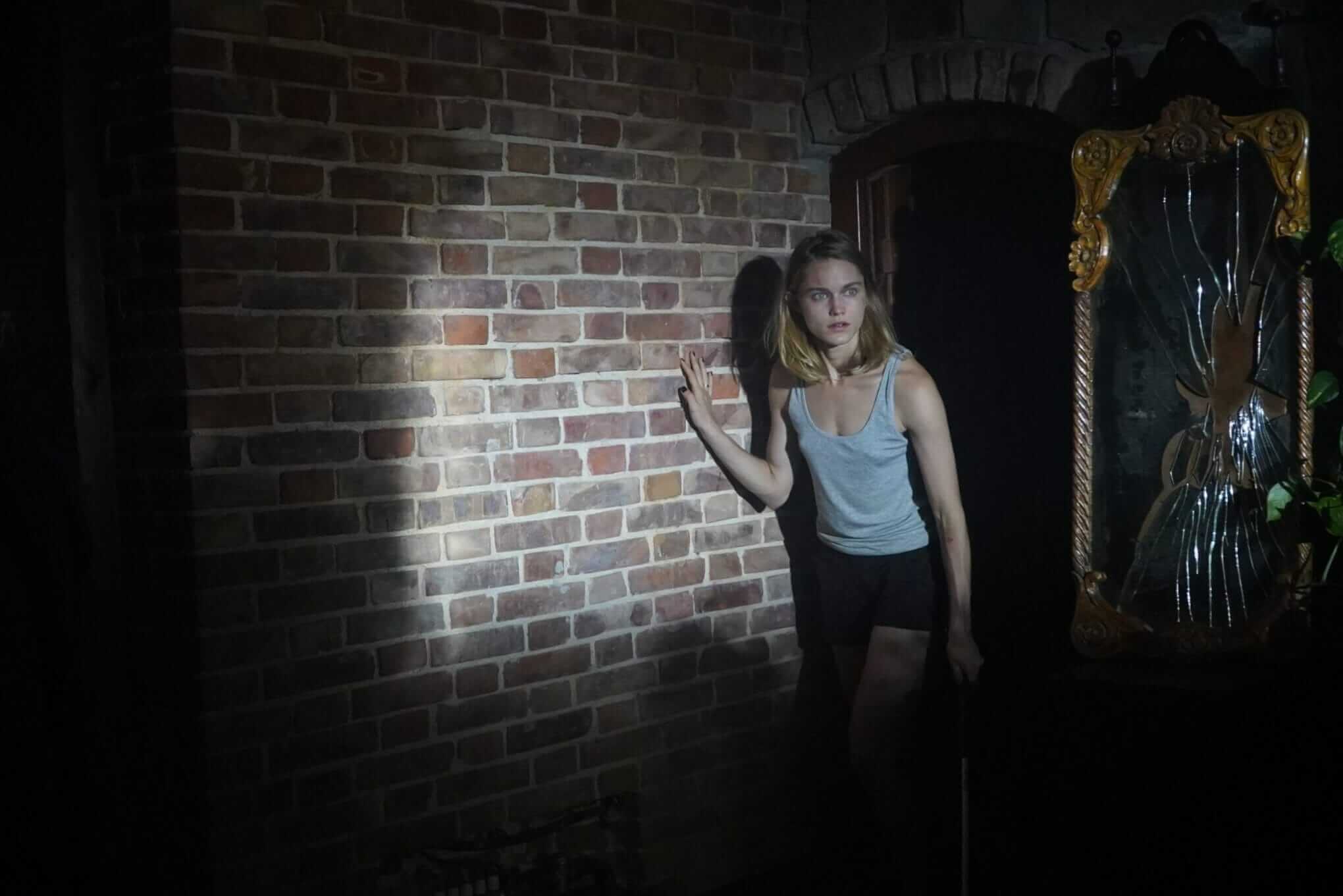 Based on a previously published article in Fangoria magazine, it seems the entire crew was whisked away by the magic of shooting at an actual castle in Albania (Gjirokastër Fortress for those who are curious), instead of some set shaved out of styrofoam in a Los Angeles lot studio. There were a few eyebrow-raising moments in terms of the dialogue. Characters blurt things out that no normal human would ever dare to utter in real life. However, the amount of bloody goodness is enough to forgive the script’s sins against the original. A lot of liberties were taken with the story, but I suppose that’s par for the course when it comes to horror remakes. There’s no point in delivering the audience exactly what they expected. You gotta have a few surprises. I question a lot of the decisions that were made, and cult followers of the original might squirm at times, but it’s worth enduring to get to its of an ending.

The filmmakers were aware that their remake would be direct-to-video like the original, yet it has the energy of a blockbuster meant to be experienced on a big screen. The greasy exploitation vibe of the original is wiped away to make way for a squeaky clean picture. It does its due diligence to pay tribute to the legacy of Stuart Gordon, yet it does the legwork to be able to stand on its own two feet.

“[Castle Freak] does its due diligence to pay tribute to the legacy of Stuart Gordon, yet it does the legwork to be able to stand on its own two feet.”

Fangoria’s 2020 remake of Castle Freak is available to stream on Shudder on right now! Let us know what you though of this bold re-imagining over on Twitter, Reddit, Facebook, and in the official Nightmare on Film Street Discord. Not a social media fan? Get more horror delivered straight to your inbox by joining the Neighbourhood Watch Newsletter. 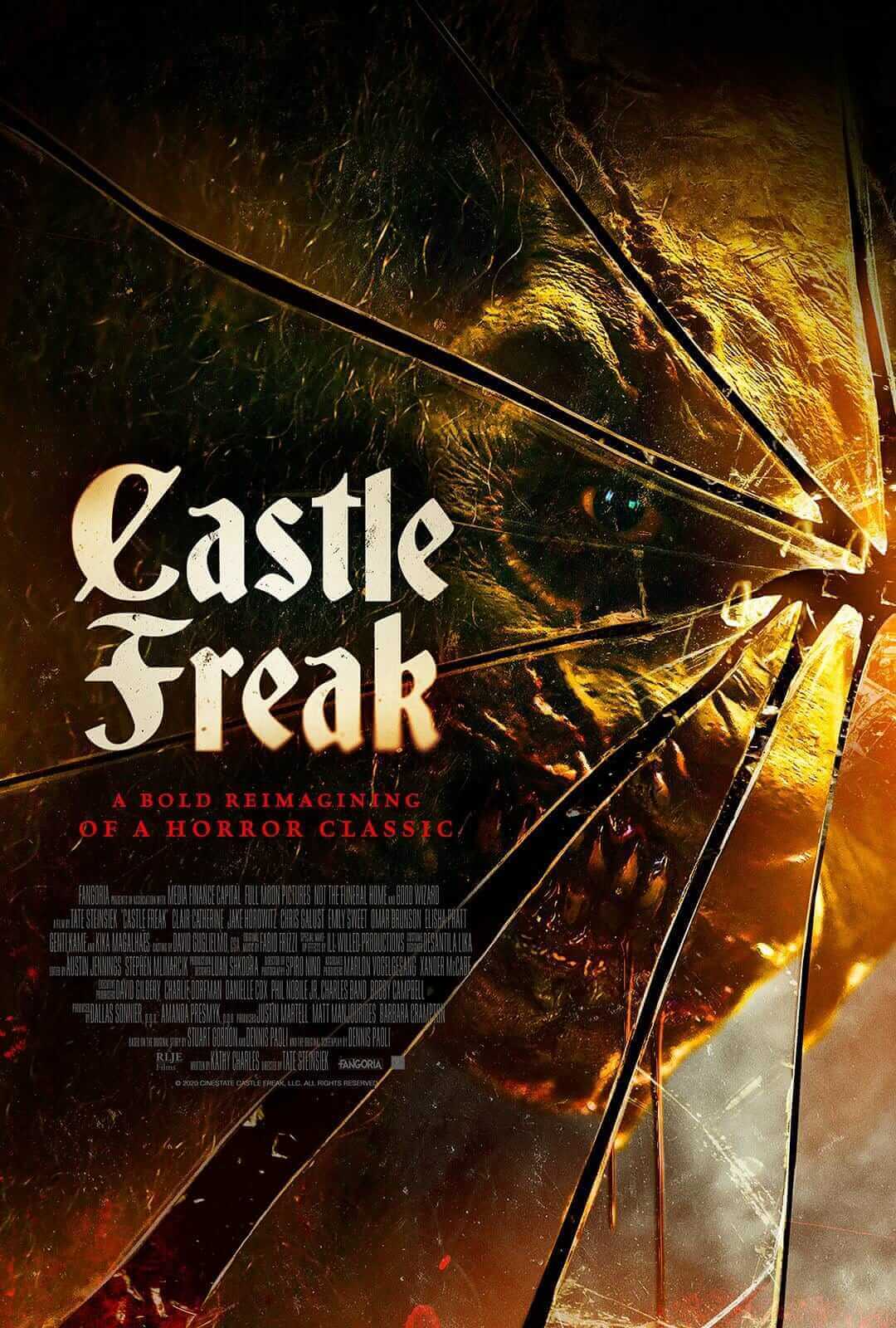 TLDR The filmmakers were aware that their remake would be direct-to-video like the original, yet it has the energy of a blockbuster meant to be experienced on a big screen. The greasy exploitation vibe of the original is wiped away to make way for a squeaky clean picture. It does its due diligence to pay tribute to the legacy of Stuart Gordon, yet it does the legwork to be able to stand on its own two feet.