Going into a movie blind is my favorite way to discover a film. Nowadays, we carry spoiler boxes in our back pocket – making blind discovery a rare occurrence. We’re so inundated with tweets, reactions, and feedback to films that haven’t even come out yet, it seems some of us make up our minds on how good a film is before we’ve ever even seen it.

Back when radio was the king of media, there were no angry forum trolls knocking the voice actress of Cap’un Marvel down a peg, no petitions because the Mystery Game of Thrones Hour didn’t end the way they had liked. At night, after supper was finished and dishes were drying on the rack, families would settle in the living room around a radio. And, they would listen to whatever story was told to them.

The Vast of Night isn’t a radio program. It has sweeping visuals, quaint characters flanked by quirky interstitial cuts, and a camera that eagerly hunts out every whispered word. It isn’t radio program. But it sure as heck captures the nostalgia and storytelling of that bygone age.

It’s the first basketball game of the season at a high school in a small town in New Mexico. As the bleachers fill, and cheerleaders begin their tosses and twirls, we escape into a quiet night with smooth-talking Radio DJ Everett and chatty switchboard operator Fay. The two split off to their respective jobs, and are left to their own devices with the whole town crowded into the high school gym.

Fay dutifully operates the switchboard, connecting calls and trying to tune into Everett’s show whenever she can spare an ear. But it isn’t long before calls start dropping, and a strange, humming sound begins distorting the phone lines and radio broadcast. After a mysterious caller named Billy tells a story of some mysterious and classified Military happenings, Fay and Everett are too darn curious to do anything but get to the bottom of it. This mystery will take them across town and lead them through fantastical stories from strangers. There might even be a piece of Elvis’ Carpet to sweeten the deal.

The Vast of Night is a feat of storytelling. The dialogue, from first-time writers James Montague and Craig W. Sanger, is ambitiously rulebreaking. Personality is able to bubble from Fay and ooze from Everett, seeking to instead be revelatory of our leads inner-workings than taking us from A to B as efficiently as possible. We listen to them discuss rabid squirrels and the self-driving cars of the future, and we’re so enraptured by the pure, organic personality and endearing conversation, that when events start to unfold – we’ve almost forgotten we came for a story at all.

Even while the writers bravely set their own pace, this film isn’t afraid to move. First-time director Andrew Patterson is able to convey the uninhibited storytelling with the film’s camerawork. This camera is impossibly fluid. It curiously sweeps through crowds, climbs stairs and drops smoothly from second-story windows. It spans fields in a matter of seconds. We patiently follow behind ankles and heels like an elusive Michael Myers trying to catch the eye of Laurie Strode. And as smooth and seamless as the camera transitions us across the town, suddenly we’re juxtaposed by a grainy 50’s sitcom of our film playing on an old Letterbox television screen. We watch a static and skittering Fay run around town in black and white, and then suddenly we watch nothing at all. Consumed by the sound of storytelling.

But sweeping cameras and Quentin-Tarantino-meets-quirky dialogue are nothing without solid performances to back them up. Though The Vast of Night hinges on Sierra McCormick’s Fay to befriend us and Jake Horowitz’ Everett to charm us, the film’s biggest feat is its side players. The voice acting is impeccable. We know Billy (Bruce Davis) only from his voice. We get lost in his mystery, feeling the weight of his conviction and regret. And too, Mabel (Gail Cronauer) shares her harrowing story with a raw honesty that will have even the most impatient viewer enraptured through an atypically paced sequence. The Vast of Night is engrossing, charming, and a delightful small-town mystery. The film is able to perfectly capture and encapsulate a nostalgia for radio with an entirely different format of media. Audiences will be immersed in a wholly new experience – one that compliments the charm of its inspiration, and creates something entirely new. And that’s just swell.

The Vast of Night screened at The Overlook Film Festival in 2019. Stay tuned to Nightmare on Film Street for more coverage and highlights from the festival, and let us know which films you’re excited to check out over on Twitter, Reddit, and the Horror Movie Fiend Club on Facebook! 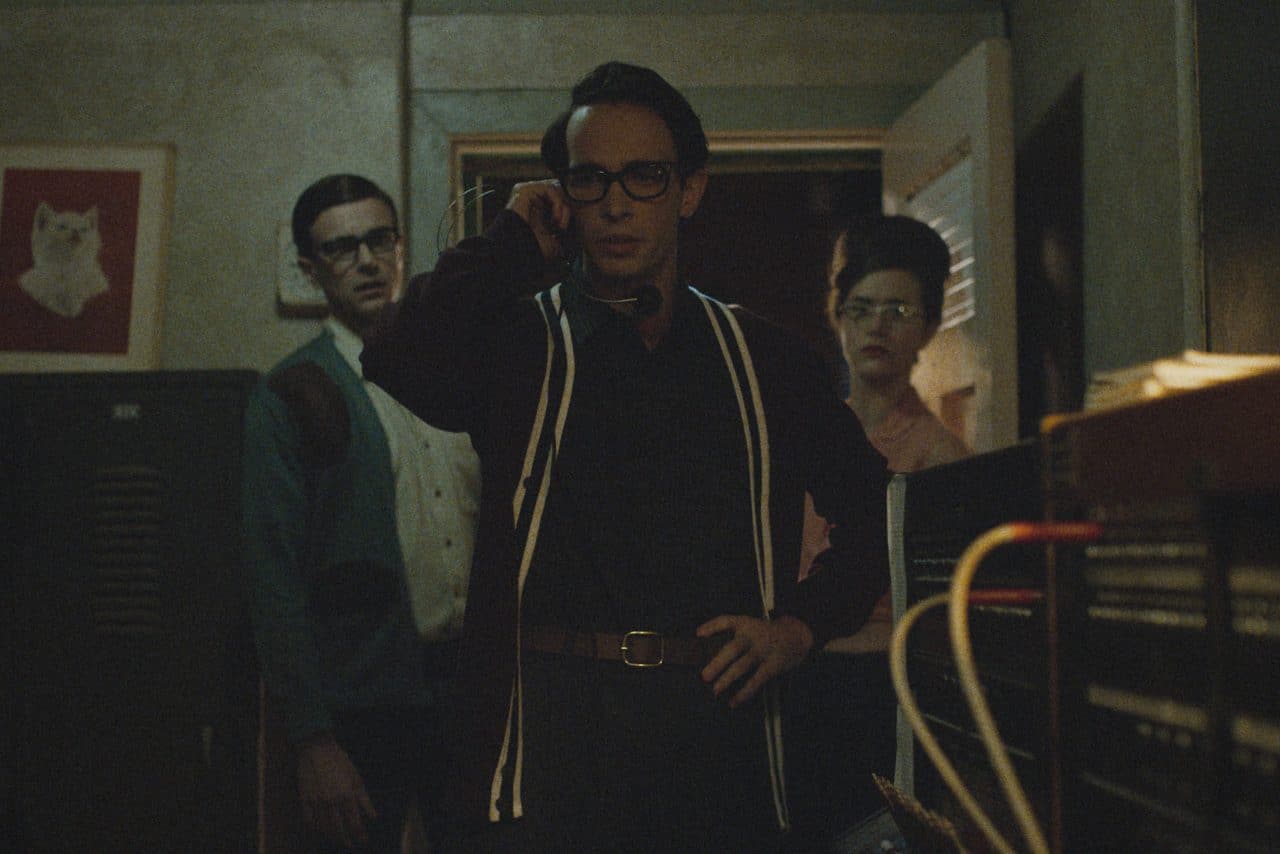 TLDR The Vast of Night is engrossing, charming, and a perfect small-town mystery. The film is able to perfectly capture and encapsulate a nostalgia for radio with an entirely different format of media. Audiences will be immersed in a wholly new experience - one that perfectly compliments the charm of its inspiration, and creates something entirely new. And that's just swell.