[Saturday Morning Scares] SECRETS OF THE CRYPTKEEPER’S HAUNTED HOUSE is a Game Show… of DEATH! 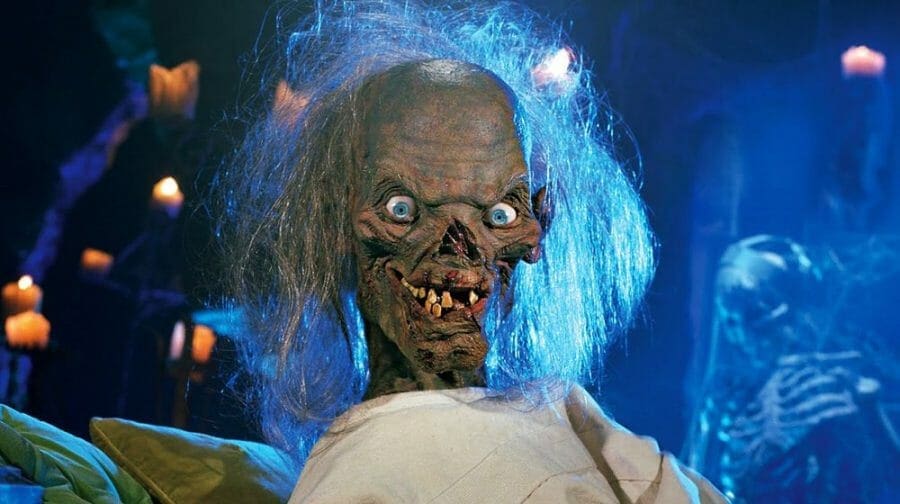 It’s the first Saturday of the month, which means it’s time for Saturday Morning Scares! Each month, we’ll take a look at horror media for the little monsters in your life. In keeping with this month’s Greedy Guts theme, today’s series is Secrets of the Cryptkeeper’s Haunted House!

Now, you might be thinking, “Hey, I know this show. This is the cartoon version of the popular HBO series, Tales from the Crypt.” If you’re thinking that, you’re wrong! That’s Tales from the Cryptkeeper, a show that I’m sure we’ll cover in a later edition of Saturday Morning Scares, but this is a different beast entirely. Secrets of the Cryptkeeper’s Haunted House is a game show for kids that ran for less than twenty episodes in the late 90s. John Kassir reprised his role as the Cryptkeeper, and each week he would host two teams of two kids each to try and win some crappy prizes. The games were a mix of physical contests and brainteasers, and there were a ton of bad CGI effects. It was kinda like Guts, kinda like Where in the World is Carmen Sandiego, and kinda like a PlayStation One game.

The theme for Secrets of the Cryptkeeper’s Haunted House comes from the dang Tales from the Crypt intro. Danny Elfman composed this. If you don’t think that’s spooky than you are free to get out of my face. This song is an absolute SLAP and I wouldn’t hesitate for a second to add it to a Halloween dance playlist.

The games of Secrets of the Cryptkeeper’s Haunted House hit all the highlights of a kids’ game show. Some of them were stupid, some of them were rad, and some of them were stupid rad, and I say that as a compliment. One of the games had one kid standing on a bridge trying to defend some “headstones” from a giant freaking skull that’s shooting fireballs at them. Then, depending on how many headstones survived, the skull would quiz the kids for points! The jump from “dodging fireballs shooting from a skull’s mouth” to “what do these four mundane things have in common” is super jarring. Another game had the teams hurrying to unjumble words on a wall, which doesn’t sound like much, but the walls were closing in on them the whole time!

The final event of the show had the teams scrambling to find skulls in the titular Haunted House, then running outside to assemble a skull kebab. Points were awarded for every skull, which is an awesome thing to say about a show where the target audience is ten years old. The winning team would get Macintosh computers, and the losers got an encyclopedia set. It was like the show was calling the losers a couple of nerds one last time, which I can appreciate. However, let’s talk about the winners. They go home with their new Macintosh, plug it in, then- what? There weren’t any good games on the Macintosh! Imagine surviving a giant skull that shoots fireballs out of its mouth and then finding out your prize is only educational. Disgusting!

For this show’s Nightmare on Film Street exclusive CRUNCH TIME cereal pairing, I picked something that would give you the fuel you need to run through a game show course. If you wanna get the leg up on your competition, mix some Wheaties (the breakfast of champions) with some blueberries (a superfood!) and you’ll have the brawn and brainpower necessary to outwit and outrun the terrifying Secrets of the Cryptkeeper’s Haunted House! To take things over the top, pour in some Muscle Milk for a protein boost. If you’re vegan, you can probably mix peanut butter and soy milk together for a similar effect.

Do you have every episode of Secrets of the Cryptkeeper’s Haunted House on tape and you’ve just been waiting for a sign to upload them? Let us know over on Twitter, Instagram, Reddit, and the Horror Fiends of Nightmare on Film Street Facebook page! For more horror picks than you can blast out of a cannon at a moderate speed, stay tuned to Nightmare on Film Street. 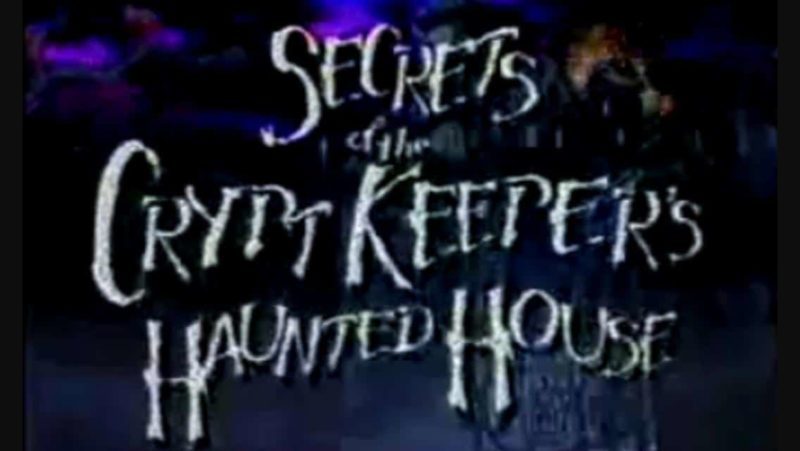