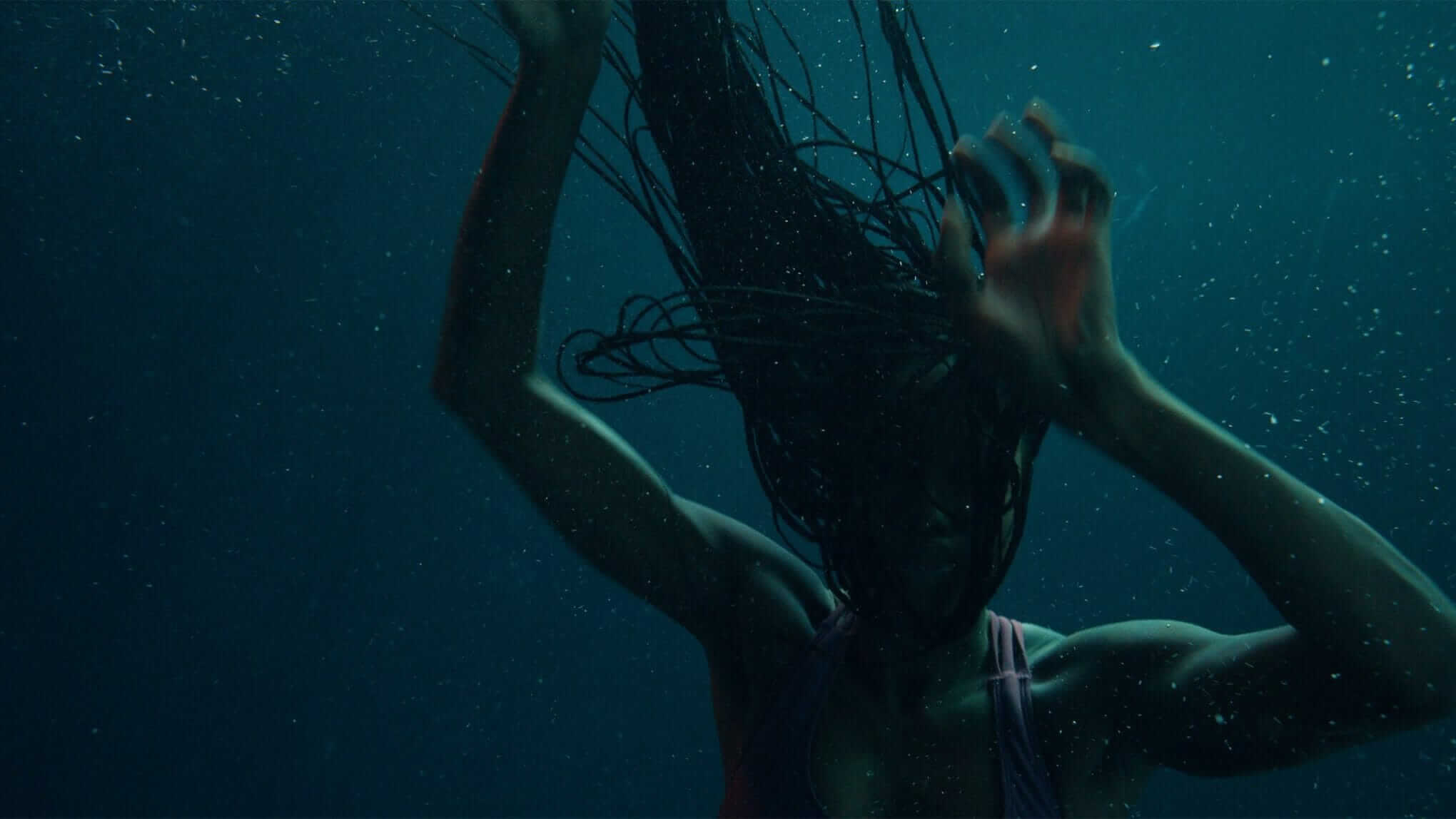 Nikyatu Jusu’s Nanny is a horror-drama hybrid about a single mother trying to make a new life for herself and her son in the United States. The film suffers a bit of an identity crisis juggling both genres without ever letting one become the dominant focus but it features a stellar performance from Anna Diop (Titans) as the titular nanny struggling to make peace with her new life.

Aisha (Anna Diop) has made the move from Senegal to New York in search of a better life. Regrettably, she’s had to leave her with a cousin but she does her best to facetime him as often as possible and send cash back home. As an undocumented immigrant, her job options are limited but she’s managed to find work as a nanny to a well-off family in the city. The mother, played by Michelle Monaghan (The Craft: Legacy), has a strict structured regiment for her daughter that she expects Aisha to follow but that’s about the end of her parenting now that she has someone else to do it all for her.

The work (and getting paid for it on time) is a struggle but it’s paying the bills and every day she is one step closer to bringing her son stateside to join her. As each day passes, and his arrival gets closer and closer, Aisha begins to have terrible nightmares and odd daytime hallucinations. At first it all looks like homesick sadness, but as patterns emerge and a presence begins to show itself, Aisha becomes convinced that an ancient spirit is trying to make with her. What this spirit wants, she can’t tell, but based on the visions it is clearly very interested in her son.

Those are at least the horrory elements of Nanny. In reality, it is much more a drama than a horror, but a damn good drama at that. Nanny is slick and stylish with engaging characters and a lead who delivers one hell of a wide-ranging performance. Even with all the horror stripped away, this still would have been a compelling story about a woman leaving everything behind to make it in America. And although the spookier stuff in the movie hints at an elaborate world of spirits and supernatural forces, those elements ultimately aren’t very consequential. They never impede or dictate the decisions Aisha has to make and because of that, they don’t feel entirely necessary.

“…hints at an elaborate world of spirits and supernatural forces…”

It’s a funny thing that low-budget horror flicks are usually criticized for adding a love interest or a moral message to help broaden the appeal of a movie, while classier features, like Nanny, get criticized for adding horror elements to an otherwise dramatic tale for the same reasons. It’s hard to tell just watching a movie whether a story was rewritten, or reverse-engineered, to tap into that profitable horror market.


Given that Nikyatu Jusu is both the writer and director of the film, I have to assume this is the story she wanted to tell. And to her credit, there are two great stories inside Nanny that I want to explore further. I want to know more about the spirits that visit Aisha but I also want to just see her make new friends, find love, and stand up for herself. I just want them to have their own movies, and want each of them to be given the full attention they deserve.

Nikyatu Jusu’s Nanny celebrated its World Premiere at the 2022 Sundance Film Festival. Click HERE to follow all of our Sundance 2022 coverage and be sure to let us know what you thought of the film over on Twitter, Reddit, Facebook, and in the official Nightmare on Film Street Discord. Not a social media fan? Get more horror delivered straight to your inbox by joining the Neighbourhood Watch Newsletter.

Review: NANNY (2022)
TLDR
Nanny is much more a drama than a horror, but a damn good drama at that. It's slick and stylish with engaging characters and a lead who delivers one hell of a wide-ranging performance. Even with all the horror stripped away, this still would have been a compelling story about a woman leaving everything behind to make it in America.
Story
70
Performances
75
Horror Elements
55
Scares
40
60