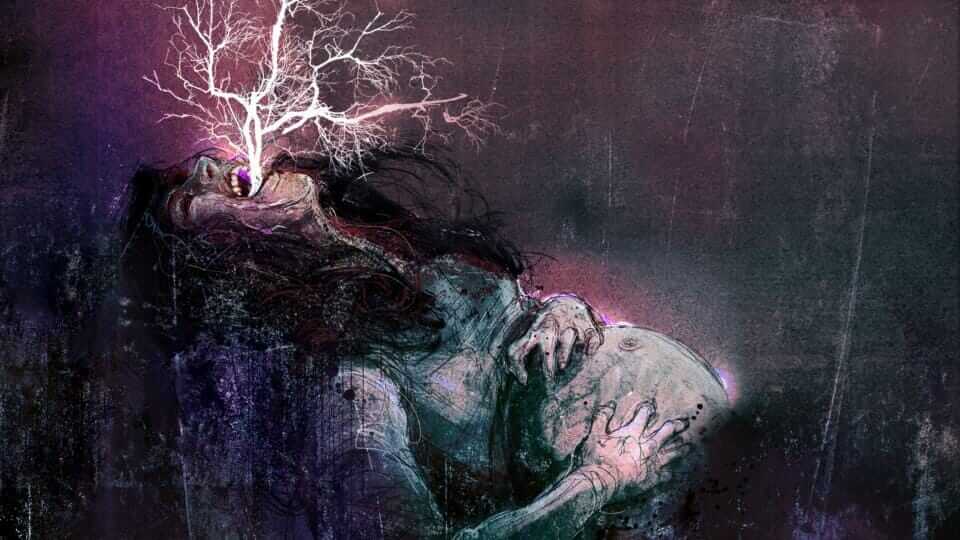 Having a triumph film like American Psycho on her resume, one might assume there are no cinematic challenges left for Mary Harron to meet let alone enjoy. However, the director has only since expanded her expert craft to all sorts of film and television mediums since her major horror release back in 2000. Harron continues to explore a variety of outlets for the stories that catch her attention including the upcoming series for Quibi, The Expecting.

The film focuses on “the dark journey of a young woman down on her luck and pregnant under mysterious circumstances” and stars AnnaSophia Robb (The Way, Way Back), Rory Culkin (Lords of Chaos), and Mira Sorvino (Romy And Michelle’s High School Reunion). The legendary filmmaker talked with me about what defines the genre, how far it’s progressed, being a woman director, and exploring new territories by shooting a film specifically for Quibi’s modern format.

“[Horror is] anarchic as a sport. […] really bad things happen at the end of horror movies that you would never be allowed to do in a conventional drama.”

Jessica Rose For Nightmare On Film Street: I became a big fan of yours when I saw American Psycho and I’m still a fan because The Expecting is so good. I’ve only been able to see the first three or so episodes, but I can’t wait to see what else comes out of it.

Mary Harron: Oh, my favorite episodes are the later ones because it’s when things really ramp up.

NOFS: I’m excited to see how it unfolds. I love horror and I’m sure you get asked this a whole lot, but you are one of the biggest names in the genre when it comes to films directed by women. Is that something that you embrace? Is that how you view yourself?

MH: Not really only because with American Psycho, I never really filmed it as a horror movie. It has violence in it and maybe it’s like a psychological horror. There’s a lot of satire in it, but I never went into American Psycho thinking that it was just horror although, obviously, even the title is a reference to Alfred Hitchcock’s Psycho. I was a big Hitchcock fan and I loved that it was more psychological horror.

One thing I do love about horror though, as a director, is that it’s kind of anarchic as a sport. Horror is the only genre where you can have really bad things happen at the end. I’m not saying this necessarily happens in The Expecting, but really bad things happen at the end of horror movies that you would never be allowed to do in a conventional drama. You always have to have something uplifting in a serious drama. Nobody expects that in horror, it’s kind of a free-for-all which I really like and I think that’s why there’s a lot of creativity in that area. That’s actually why it used to be an area that women didn’t do, but I think there’s a lot of really interesting younger women directors now. 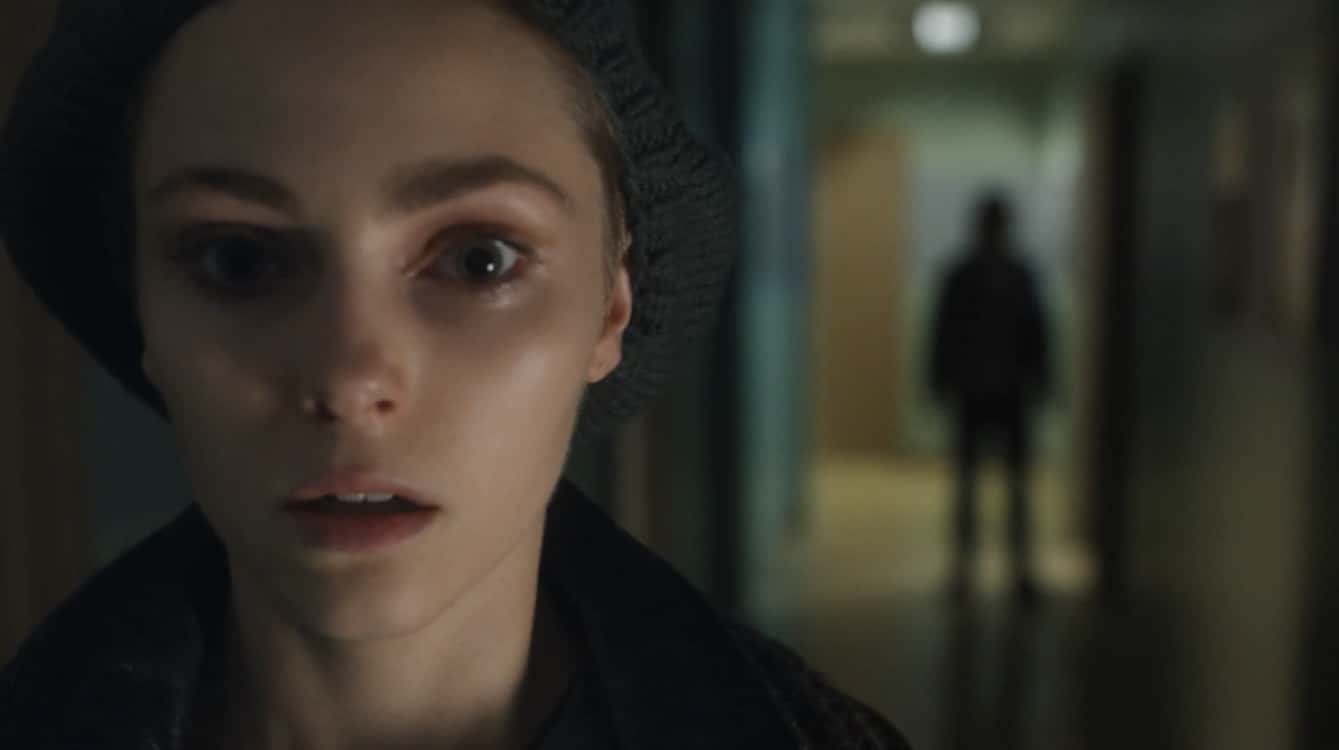 NOFS: Absolutely. Do you feel like the industry is different now compared to back then? Being a woman in film in general, did that pose any challenges for you? Does it still pose challenges?

MH: There were huge challenges when I was young. It’s obviously easier after you’ve done a few things. Starting out then it was very difficult and hard to be taken seriously. I would say it’s fortunate that I started directing documentary films, not that they were necessarily all documentary, but I was out making films about artists and so on. There were a lot of women in documentary film, there always have been. The AMA was very male-dominated, but when I started making movies, I started in the independent film world which was much more equal. I always say that: the less money there is, the more women have a shot. I think this is still true. With independent films and television there’s a lot of women and when you get up to big Hollywood films women kind of fall away. There’s very few women who managed to do that.

NOFS: Does that play into what you chose to direct? You’ve done so many different kinds of films, like the big Hollywood ones and you’ve done something new like this for the Quibi platform. Do you feel like it’s risky taking a chance when you try something different?

MH: After I made my first movie, a lot of independent directors didn’t want to do TV and I never felt like that. I went out and did a lot of work for shows on HBO. I always felt like it doesn’t matter what the format is as long as the project is interesting. It was really entirely based on the script. If I hadn’t liked the script, I wouldn’t have done it.

The idea that it was a new format with Quibi, and that there was, frankly, money available to make something I thought if the train was leaving, then jump on it. Something will happen, see where it’s going to take you. So the idea of making something that is a certain technical challenge and having to do chapters, I was very good with that. I did a Netflix limited series which was six episodes, the story of Alias Grace by Margaret Atwood. It was really exciting and interesting to tell this story, which is basically done in chapters. Sequential storytelling was interesting to me. 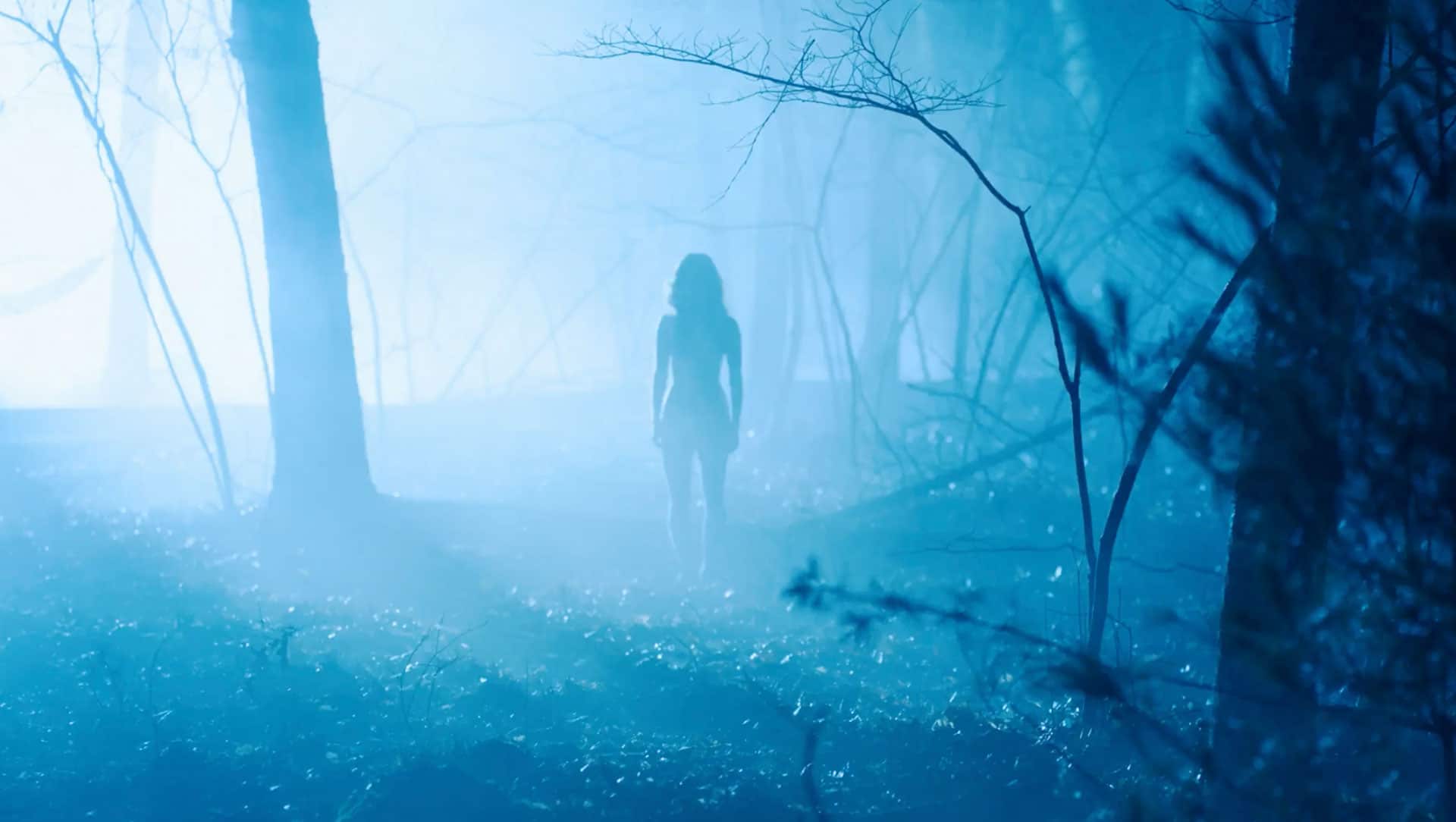 NOFS: I loved your adaptation of Alias Grace. It’s one of my favorite novels, American Psycho also among them, and I was so excited to actually see it come to life and thought it was so well done. You said the script has to be a good one for you to do it. What about The Expecting grabbed you?

MH: Having been pregnant, we had two children, I thought it was very wild and kind of funny for someone to take pregnancy and just look at all the horror aspects of it. It’s like how Dead Ringers will do that with a visit to the gynecologist. It’s taking a normal physical experience and then extracting the horror elements out of it. The first moment I knew that I must do this was the dream sequence. The main character is looking at her very pregnant belly and the little feet are popping out, the little impressions of them, and I thought that I had to do this.

NOFS: On the opposite end of that spectrum, I’m sure there were challenges when it came to shooting The Expecting. Specifically, were there any sort of challenges when it comes to releasing the film in pieces? I’m sure it’s not filmed in pieces, but is there any kind of artistic formula that goes into making a film that’s going to be released in segments, so to speak?

MH: We just really have to remind ourselves that each piece was the end of the episode. You have to do that sometimes with television when there’s an act break as well, so I was not unfamiliar with that. When you’re going to end a section, you can’t just end. There has to be a moment, a look, a gesture or an event, an image that’s going to be like a stamp at the end because we also want people to watch the next part. Fortunately, Ben Katai, writer of The Expecting, is very good at creating a lot of tension and surprise, so the script has a lot of little parts that helped create that. There are frequent twists and turns. NOFS: Speaking of twists and turns, because Quibi is such a different, newer kind of streaming platform that’s designed to be watched on our phones, is there any special way to direct and shoot and work the cinematography to go along with that? Was there any sort of challenge there when it comes to filming something specifically for viewing on a phone?

MH: Well, you have to do horizontal and vertical images at the same time and we all thought that was really difficult and time consuming. Basically you’re shooting two movies at the same time and how is that going to work?”, but we quickly adapted. Looking on the monitor, there’s a grid on it and I think everybody who shoots for Quibi has that kind of grid, where you can look at the horizontal image and the vertical image and you can shift between the two. I can say “We’re going to do the vertical shift a bit this way or that way” or “Let’s throw something in the foreground for the vertical”. We were shooting those images at the same time and that is just one of the more technical challenges, but it was fun to have demands made on you. In a way, it brings more out of everyone if they know those technical challenges have to be met.

MH: I think it’s very wide. I think people l are playing with different horror elements and things without it being strictly horror. There is classic horror with monsters and all that to the meta-horror that Scream plays with. This is such a well-established genre that we can play with it now. I love Cabin In The Woods, it played with the horror elements so well. People can do that or take a bit of horror into another kind of film which I think is what American Psycho did. I think it’s only turned to horror in a few sequences. I think that Bret Easton Ellis was playing with that in a way, turning into an awful slasher film for moments, even though it was not a slasher film. Many people, at the time, were attacking and said it was, but it’s also social satire. There’s moments when Bret was riffing on all of those slashers of the time like The Texas Chain Saw Massacre or of those kinds of horror films. There’s a lot to kind of play with.

“Having been pregnant, we had two children, I thought it was very wild and kind of funny for someone to take pregnancy and just look at all the horror aspects of it.”

NOFS: Very much so. What all is The Expecting comprised of, in terms of those elements? When it comes to pregnancy I can’t help but think of feminism in horror. What is that makes up this film?

MH: Obviously when it comes to motherhood in the genre, you look at Rosemary’s Baby. The film stays very much with her, very much with her consciousness with her self-doubt and her fears and not knowing who to trust. The film is located in her emotions, which I love a lot. I love Repulsion for that as well. There’s other things as well. There’s the idea of aliens. There’s a question mark of possession and the body as a victim of conspiracy stuff. There’s different genre-type things that it’s touching on, not to give too much away. 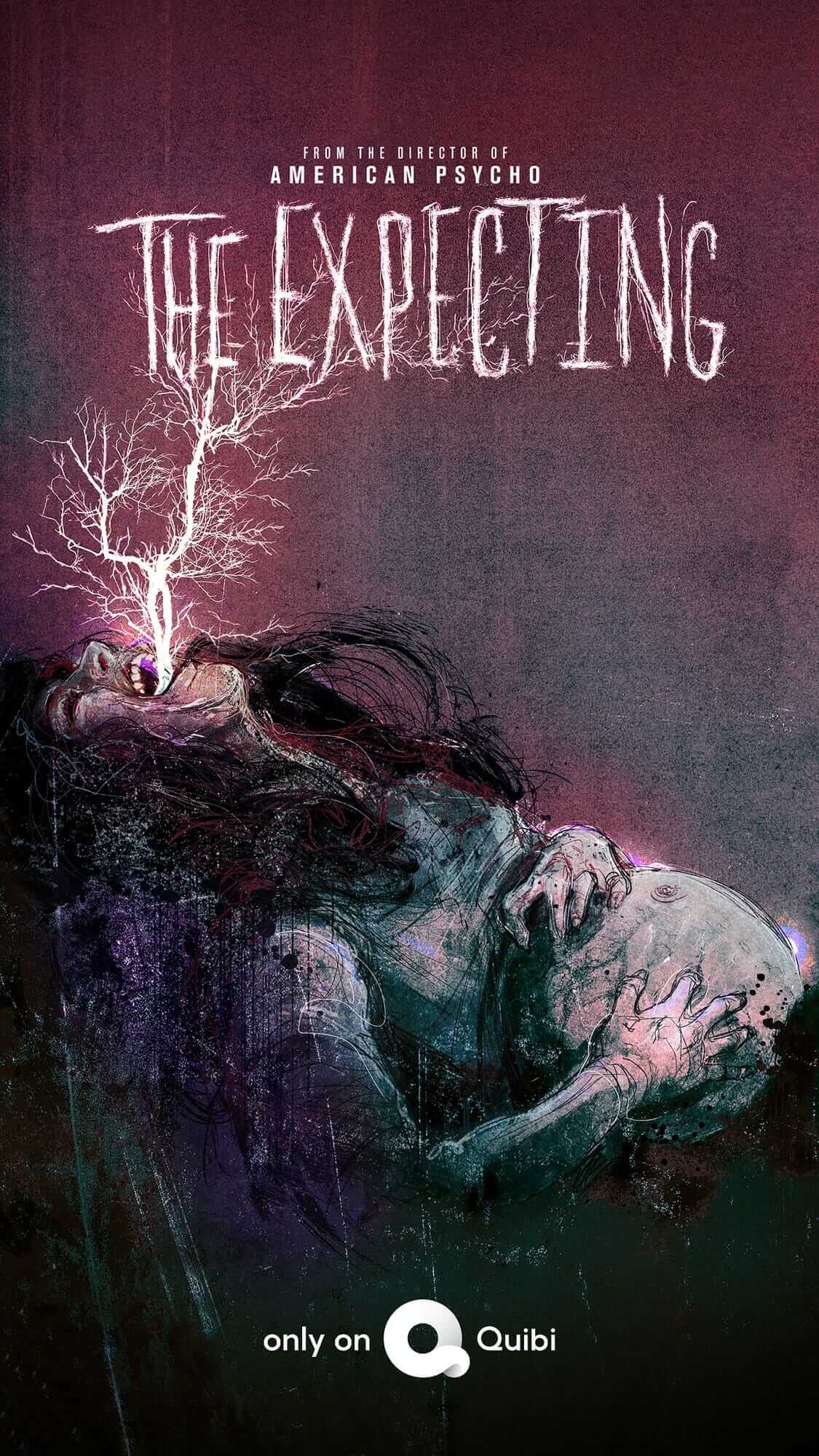