Special Actors, Shinichiro Ueda’s follow-up to the break-away hit One Cut of The Dead, is a feel-good comedy involving cults, ghosts, psychics, and actors implanted in everyday life like an immersive game gone mad. Continuing his streak of meta-movies, Special Actors is as much about the filmmaking process as it is about saving an innocent girl from the clutches of ruthless con artists. And in true Ueda fashion, it rewards patient viewers with some pretty wild and surprising reveals that upend everything you thought you knew about the world you’ve been living in for the last 90 minutes.

Written and directed (and edited) by Shinichiro Ueda, Special Actors stars Kazuto Osawa, Hiroki Kono, Takuya Fuji, Ayu Kitaura, and Miyu Ogawa. The film celebrated it’s Canadian Premiere at the 2020 Fantasia Film Festival where his single-take zombie comedy One Cut of The Dead became a festival favorite and immediate cult classic. While Special Actors is by no means as “horror” as a zombie film, it plays with a good handful of genre elements and pulls off what I can only describe as a laugh-out-loud, PG-rated version of David Fincher’s The Game.

“[…] a laugh-out-loud, PG-rated version of David Fincher’s The Game.”

Kazuto (Kazuto Osawa) is an out of work actor, not just because his performances are weak and unconvincing, but because he faints like a helpless goat whenever he is scared or intimidated. There is no quick cure for his ailment and it looks as though his childhood dream of portraying a caped crusader with never become a reality. After a chance reunion with his brother Hiroki (Hiroki Kono), Kazuto is taken on as a client at the “Special Actors Agency”, where the roles he is hired to play are more like well-meaning cons than thespian endeavors. The crew at Special Actors studios are hired to laugh during movie screenings, test restaurant employees as secret shoppers, and make b-boys look good in front of their office crushes after bravely fighting of an attacker on the subway. Kazuto doesn’t really consider it acting, but he does recognize it as an opportunity to baby-step his way out of his anxiety before migrating back into the cruel, stressful world of auditions. Not to mention the fact that his rent of way past-due and “not acting” pays a lot more than not acting at all.

All is going well until a new client hires the agency to take on a project bigger and riskier than they’ve ever attempted. Handing over her entire inheritance, Yumi (Miyu Ogawa) emplores to the Special Actors to help save her sister from a new-age cult that has embedded themselves in her life. They’ve filled her head with all sorts of space-god nonsense and they are only days away from taking ownership of their family’s Inn. They’re very clearly in over their heads but the Special Actors call on all their abilities to infiltrate the group, expose the cult for the charlatans they are, and save the day. It’s a tall order, especially given that a core member of the group can’t stay conscious long enough to spy on the snake-oil salesman ruining the lives of these people like b-grade villains from Batman’s rogue’s gallery. 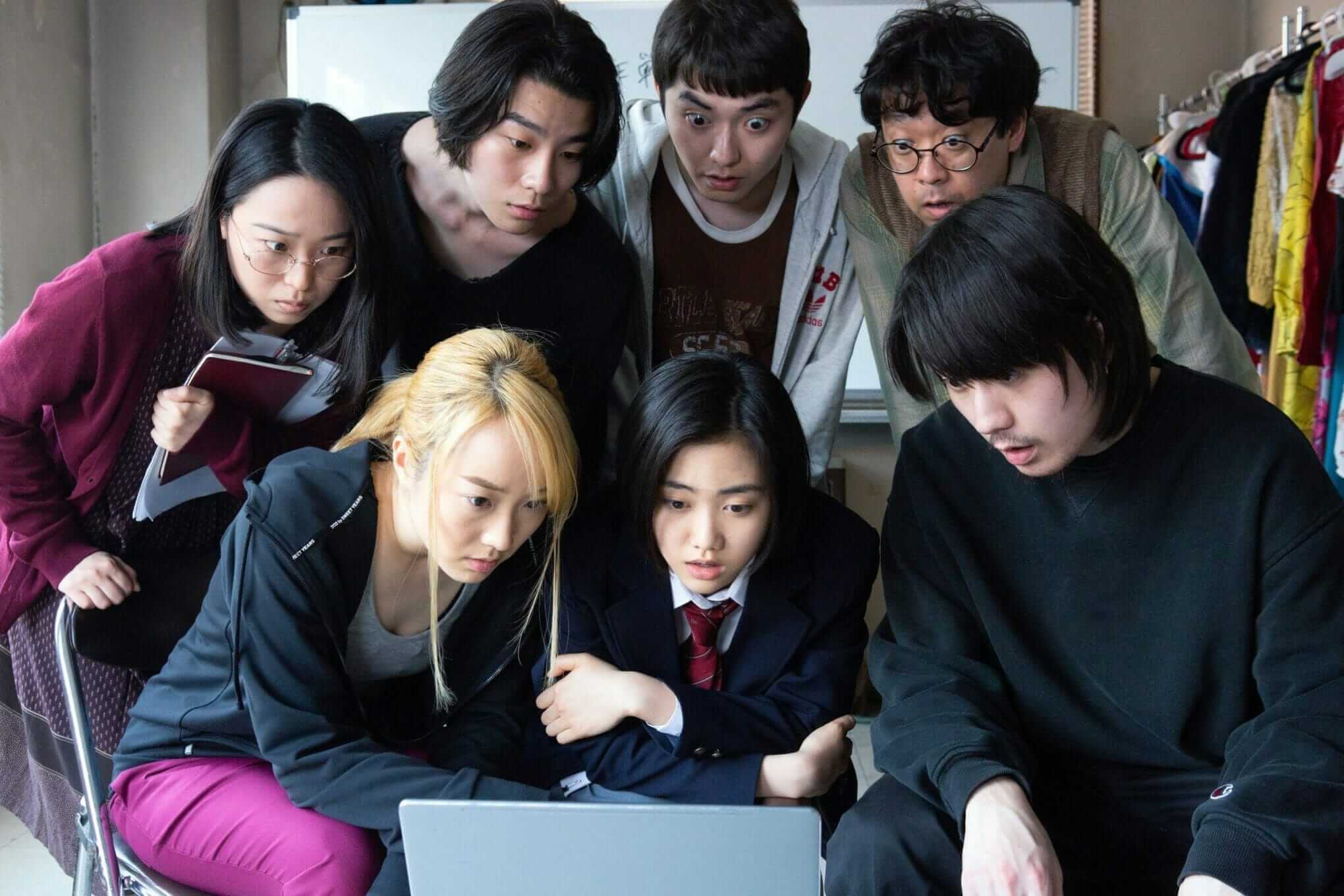 Shinichiro Ueda’s ability to craft narratives in-and-around each other is nothing short of wonderful. It’s a talent that was front and center in One Cut of The Dead and one that embeds itself a little deeper in the story of Special Actors. I love con artist and heist movies because they feel like magic tricks. First, the characters tell you what they’re going to do. Then, they do all of those things, out in the open, where everyone can see.  But! What you didn’t realize is that all along, the con itself was just another clever con to distract you from the real con.

It sounds contrived and unnecessarily complicated (and sometimes predictable) but it’s nothing short of amazing when it’s pulled off successfully. One Cut of The Dead pulled back the curtain on a film set to reveal the insanity of a high-stakes production and Special Actors sets out to do the same by tearing the curtain down completely to expose a greedy, unscrupulous fraudster. Shinichiro Ueda’s knack for creating unpredictable third acts is undeniable and one that will like likely be seen as the director’s trademark if he continues to flex that muscle. Sorry, Shyamalan! I got a new girl now. 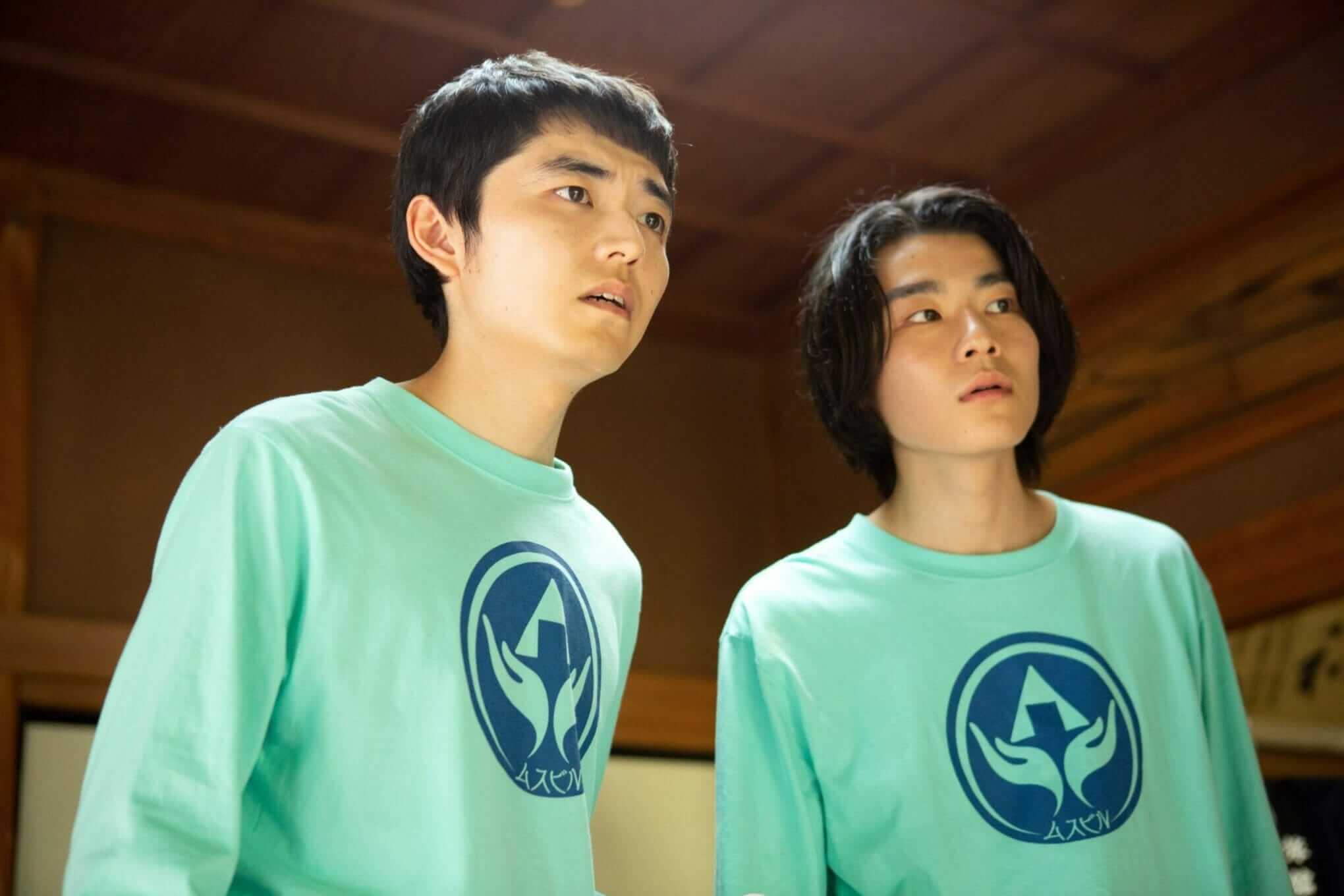 Also, shoutout to Ueda for literally only making movies who’s most interesting, mind-blowing sequences would completely ruin your viewing experience if someone (say, an internet critic) were to spill the beans about what makes this movie so wonderful! Trying to tell modern moviegoers why they should stick it out during the quieter chunks of One Cut of The Dead was like trying to tell someone a joke without delivering the punchline. That’s the case even more so with Special Actors. It’s maddening because there is so much about the structure of this story and the payoffs it delivers that I want to gush about, but it’s a movie that you really need to see for yourself. The twists & turns of Special Actors aren’t as monumental as The Usual Suspects or The Sixth Sense but every choice this movie makes was one that put an ear-to-ear smile on my face.

Special Actors may not be for everyone, but it’s wholesomely optimistic, admirably uncynical, and super goofy! By no means does Special Actors reach the heights of One Cut of The Dead but it’s a damn charming and endlessly entertaining send-up of con movies and heist hijinks. Come for the cult comedy, stay for light-hearted humor of amateur actors blurring the line between fantasy and reality.

Shinichiro Ueda’s Special Actors celebrated it’s Canadian Premiere at the 2020 Fantasia Film Festival as part of the festival’s opening night program. Click HERE to follow all of our festival coverage, and be sure to let us know what you would do if you found yourself being taken advantage of by a space-cult over on Twitter, in the official Nightmare on Film Street Subreddit, and on Facebook in the Horror Movie Fiend Club! 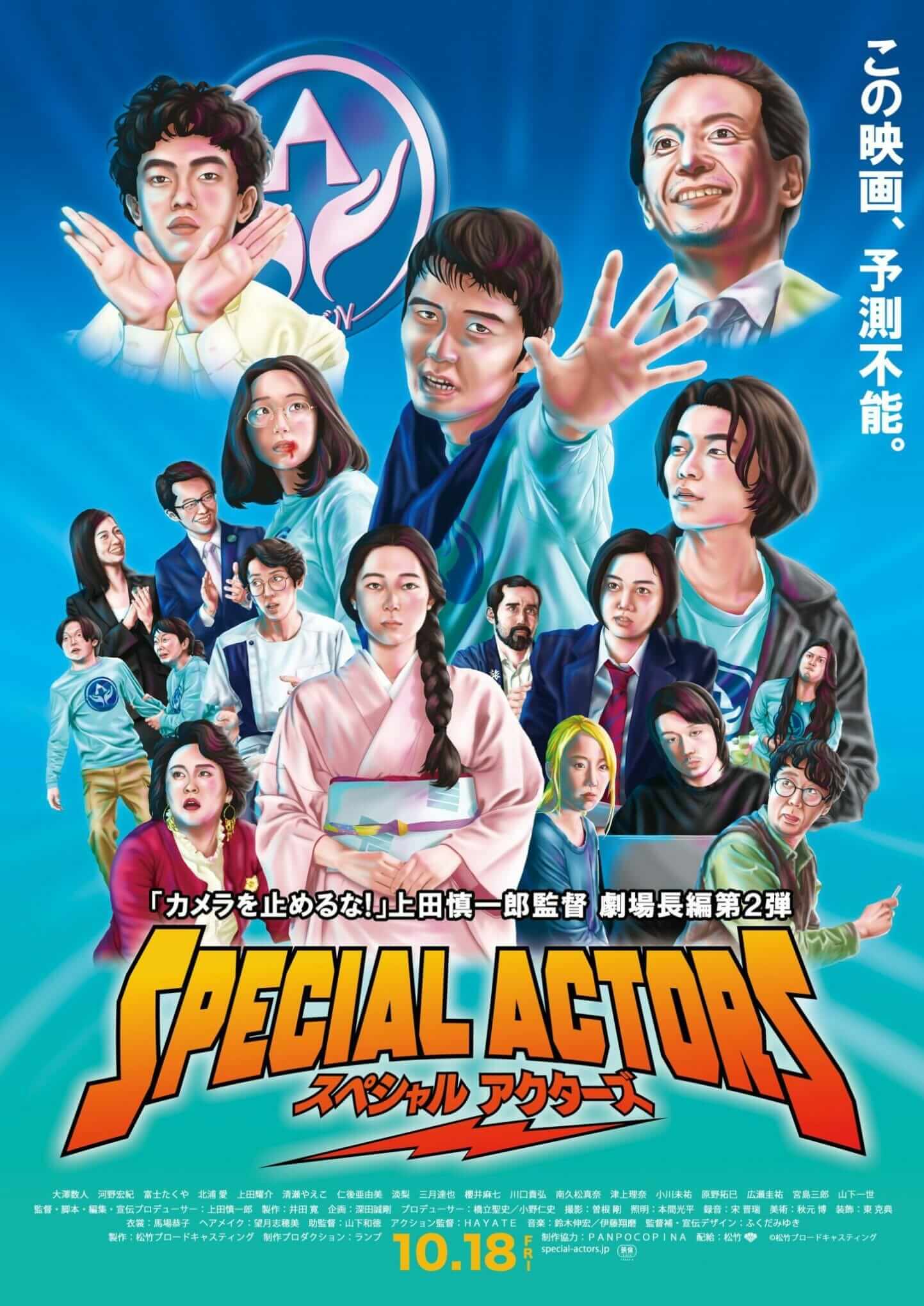 TLDR The twists & turns of Special Actors aren't as monumental as The Usual Suspects or The Sixth Sense but every choice this movie makes was one that put an ear-to-ear smile on my face. Special Actors may not be for everyone, but it's wholesomely optimistic, admirably uncynical, and super goofy! By no means does Special Actors reach the heights of One Cut of The Dead but it's a damn charming and endlessly entertaining send-up of con movies and heist hijinks. Come for the cult comedy, stay for light-hearted humor of amateur actors blurring the line between fantasy and reality.