It’s always impressive when a horror movie can pay homage to its influences without feeling repetitive. The movies that get the balance wrong are pretty quickly forgotten, but the ones that get it right, like Mike Flanagan‘s widely-praised Doctor Sleep, get added to the “instant classics” list just as fast. Premiering at this year’s Nightstream Virtual Film Festival, Timo Tjahjanto’s May the Devil Take You Too walks that line fabulously. It clearly takes its cues from the films of Sam Raimi, but at the same time, makes something that’s as entertaining and fresh as watching those movies for the first time. Of course, fans of the first film in Tjahjanto’s series, May the Devil Take You, already know this is a talent Tjahjanto has, though some may have doubted he could pull it off again. Well, good news: he can.

After surviving the machinations of the Devil and their Faustian father, Alfie and Nara are just trying to live normal lives. But when victims of a different demonic curse hear about the sisters’ experience, they decide the pair will help them… whether they like it or not. In fact, the group decides to literally kidnap Alfie, but when she learns of what drives their desperation, she begins to understand. The friends, Martha, Budi, Jenar, Gadis, Kristi, Dewi, and Leo, grew up in the same orphanage, where they were abused by their occult-obsessed foster father, Ayub. After years of living hell, the children finally banded together and murdered the evil old man. But now, it appears his angry spirit has returned for revenge, and the group’s only hope may be with a woman who’s already defeated one of those.

“The lore behind this film is expansive and highly entertaining, borrowing from demonic mythology and classical horror tropes to build a very fun, very scary universe.”

The events of May the Devil Take You Too takes place over one night, but don’t think that limits the movie’s imagination. The lore behind this film is expansive and highly entertaining, borrowing from demonic mythology and classical horror tropes to build a very fun, very scary universe. Watching the movie gives you the sense that there’s so much more world building that went into it than you actually se. Like Alfie, you feel as if you’re only getting hints of it. Similar to how Raimi’s The Evil Dead was a self-contained plot that spawned a massive mythology, including comics, tv shows, and of course, several sequels, May The Devil Take You Too tells a complete tale while leaving an entire universe onto which it can build.

Drawing the viewer into that complete tale is an immersive soundtrack by Rooftop Sound. What the viewer hears is often more important than what they see when it comes to building suspense, and May the Devil Take You Too makes brilliant use of that fact. Though its heavy, low, foreboding tones do a great job to convey past terrors in flashbacks, where the sounds really work are where they’re most minimal. Half-heard whispers and tinkling high pitches make something as simple as an open window absolutely terrifying, whether there’s a demon actually visible on screen or not. May the Devil Take You Too is cover-your-eyes, hold-your-breath, pee-your-pants scary, and a huge reason for that is its sound. 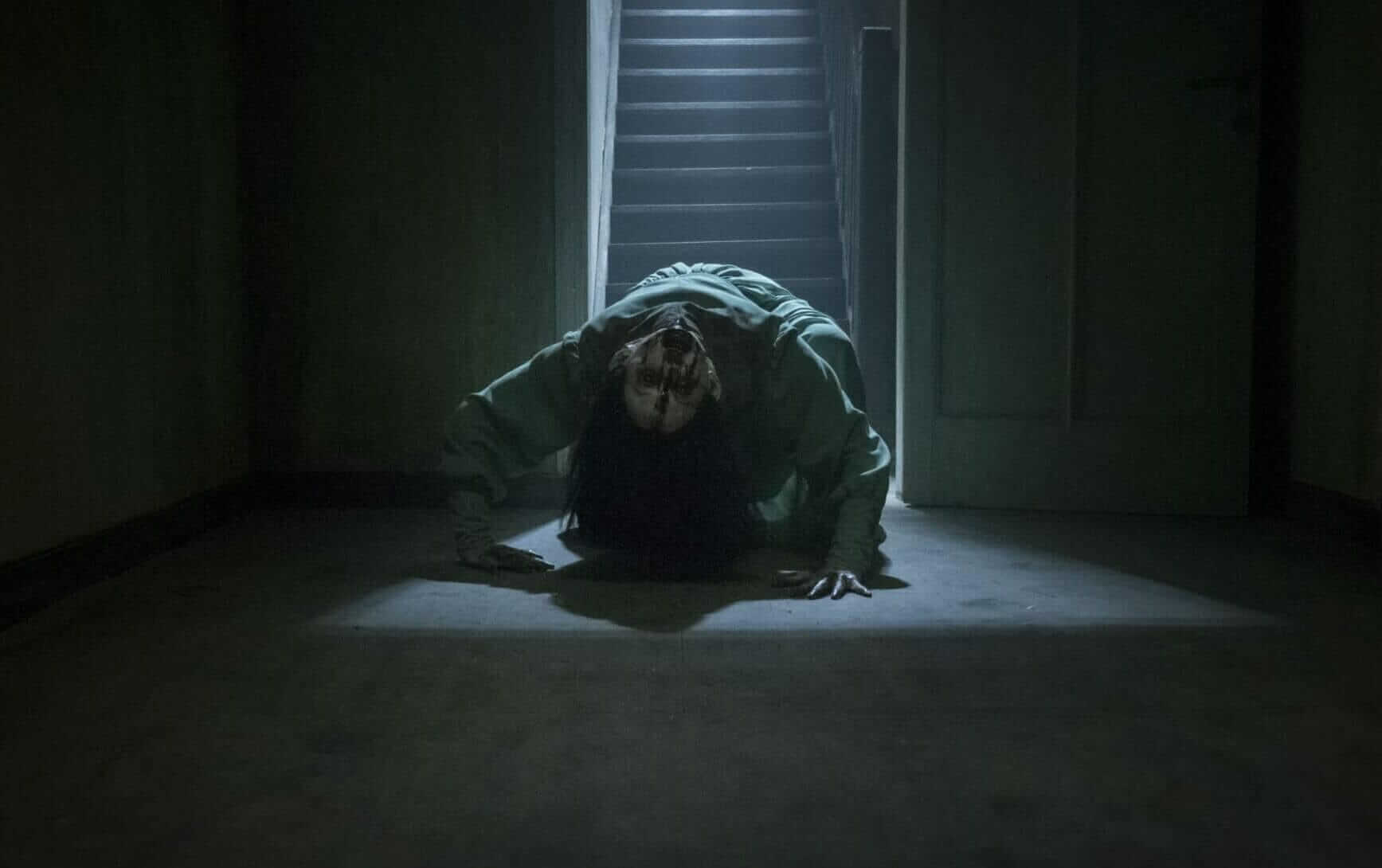 Though the mythology and sound of this movie certainly are reminiscent of The Evil Dead, where the Raimi influence shines through most is this movie’s gore. And it’s all the better for it. Not only is the decaying flesh on the hellish haunts very similar to what you’d see on your average Deadite, but Timo Tjahjanto was not afraid to use Raimi’s uniquely liquid gore to its full realization. Blood pours out of smashed faces in an especially squishy-sounding manner. Black bile streams from the mouths of the damned into our heroes’ faces. If bodily fluids bother you, maybe skip out on May the Devil Take You Too; its use of it is over the top to the point of hysterical.

While we’re on the subject, this film had its share of great laughs. Part of Alfie‘s likability is her quick wit and ammunition of one-liners. Then, there are some elements of this movie’s horror that are oddly slapstick. Demons (and victims) get bashed around in a way that’s almost like Tom & Jerry, and though some of those instances are gutwrenching and shocking, others are pretty clearly played for laughs. A perfect example is when, having been possessed by a demon and beaten to a pulp by our heroes, one member of the group reaches up an undead hand, slowly burbles a dying curse… and gives Alfie the finger. It’s so clear that these filmmakers did their jobs very well, but the movie doesn’t end up taking itself too seriously, making this movie not just genuinely scary, but genuinely fun to watch. 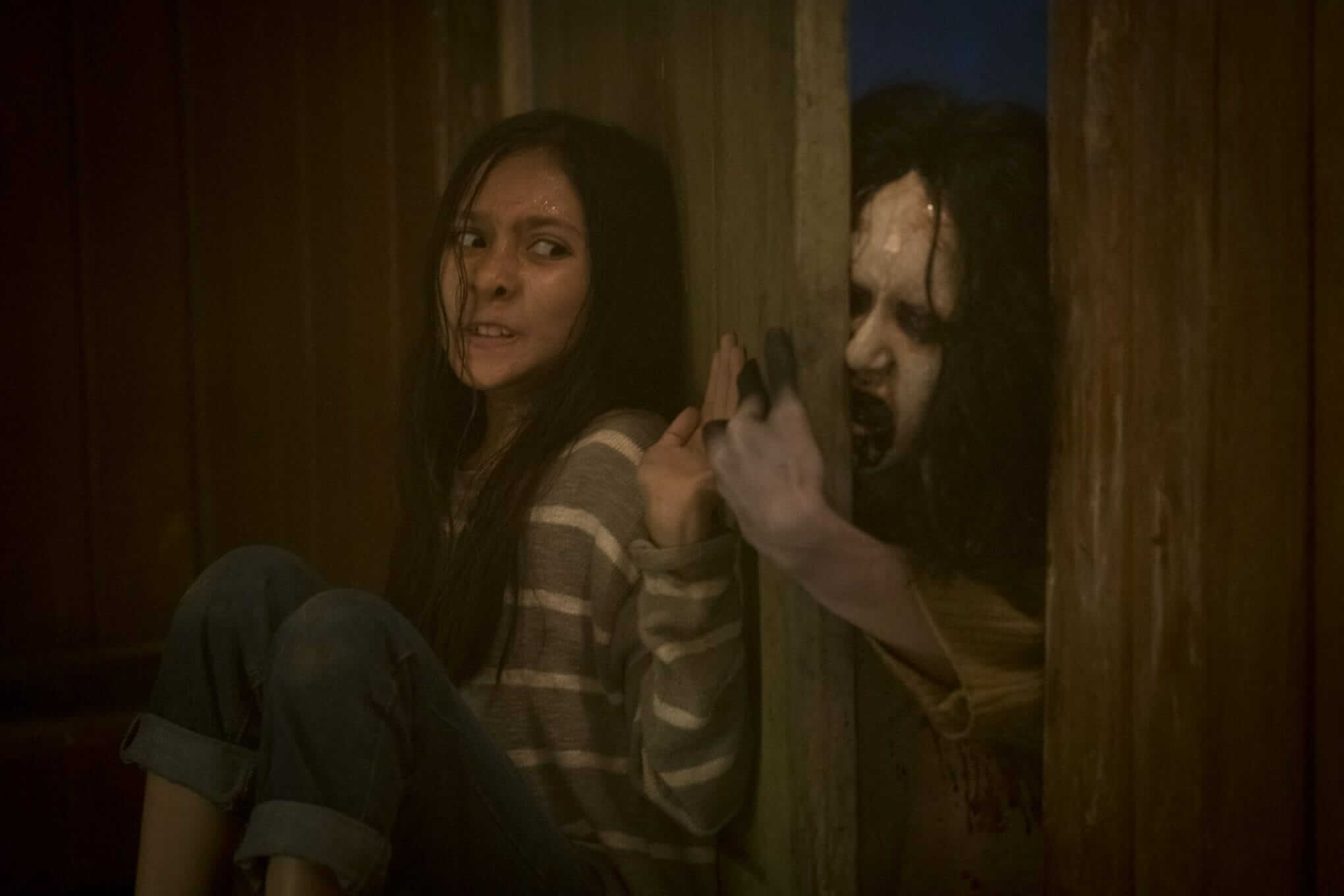 Not only does May the Devil Take You Too stand on its own when compared to its influences, but it also manages to stand on its own within its own franchise. I’m embarrassed to admit that, heading into this movie, I had absolutely no idea it was a sequel. When the number “2” showed up on the title screen, I felt not just dumb, but also nervous that my experience wouldn’t be as fun, since I hadn’t seen the first installment. But after watching the movie, I can happily say my fears were wrong. Whether you’ve seen its predecessor, the movies that inspired it, or none of the above, May the Devil Take You Too will put a smile on your face. That is, when you’re not screaming.

May the Devil Take You Too hits Shudder this October 29th, just in time for a Halloween watch. And let me guarantee you, this is one hell of a movie for spooky season. But if you already have movie marathon planned out, no worries; this is a great movie for any time of the year. After all, movies like this one, movies that are able to give audiences the same feelings others did decades ago, prove that horror is timeless.

“If bodily fluids bother you, maybe skip out on May the Devil Take You Too; its use of it is over the top to the point of hysterical.”

Timo Tjahjanto’s May the Devil Take You Too celebrated it’s International Premiere at the Nighstream Film Festival. Click HERE to see all our coverage of the fest, and get in touch with the Nightmare on Film Street fam over on Twitter, Reddit, and in the horror movie fiend club on Facebook! For more horror straight to your inbox, be sure to join the Neighbourhood Watch! 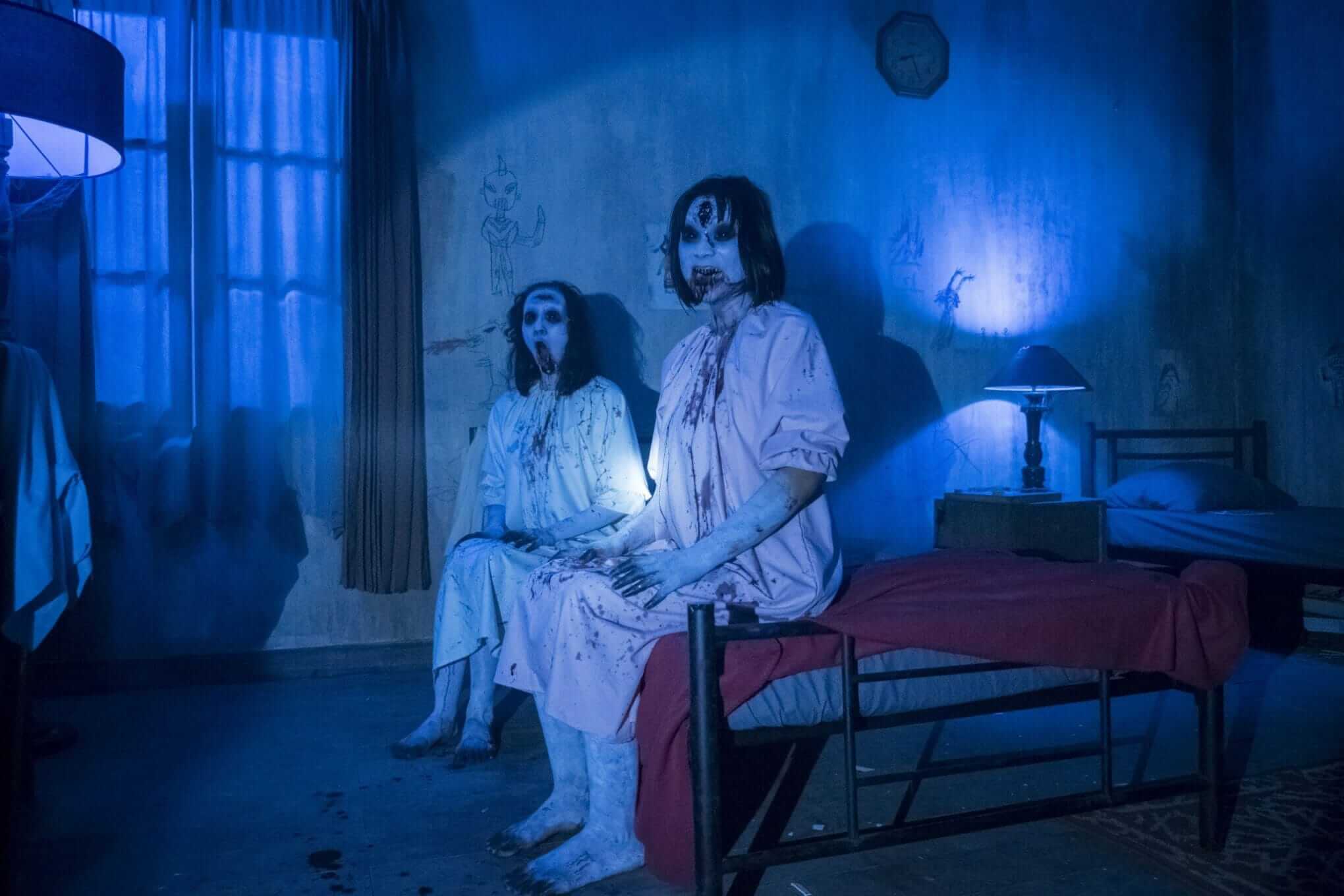 TL;DR MAY THE DEVIL TAKE YOU TOO is stuffed with demonic lore, sprinkled with comedy, and absolutely drenched in gore. It's a satisfying, genuinely scary watch for any horror fan, but Evil Dead-Heads will especially love it.