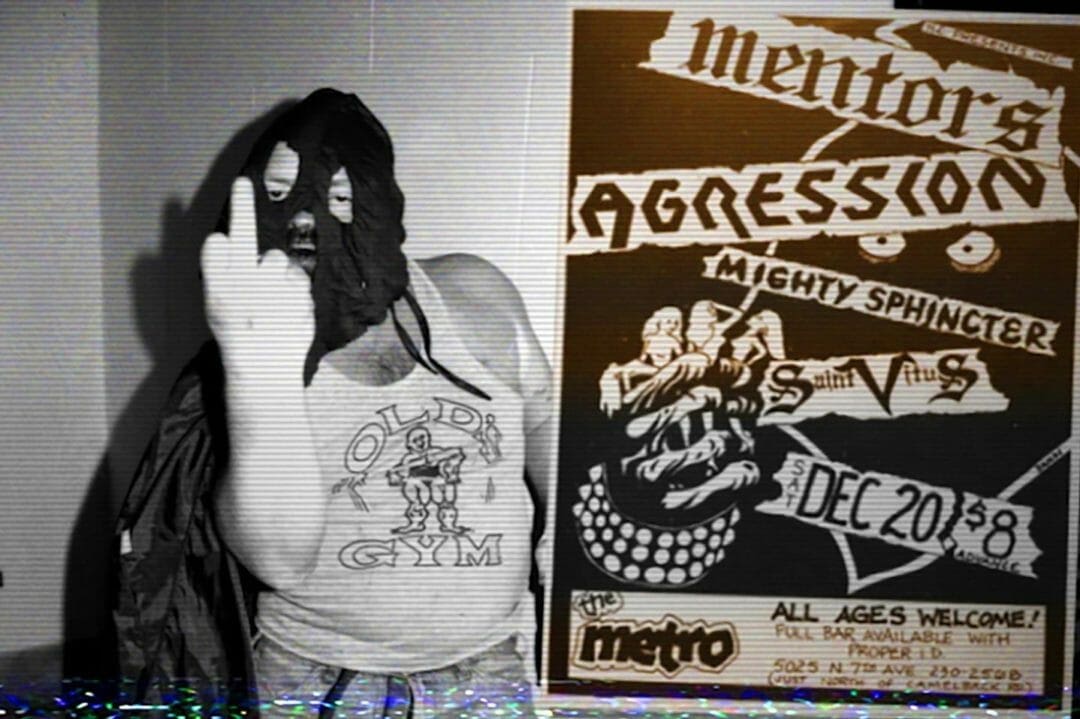 In the 1980s, a strange band came into the underground music scene. Calling themselves The Mentors, each member wore a black executioner hood and played music they deemed “rape rock” or “male chauvinist rock.” At the helm was the infamous El Duce, a force of personality who spewed lyrics that were pro-rape and anti-women. Their shock rock garnered the attention of punk rock music fans and censorship boards alike, spurring a conversation about what is art, what is sleaze, and where is the line. All of this, as well as the tragic backstory of El Duce himself, is the subject of Rodney Ascher and David Lawrence’s (Room 237, The Nightmare) latest documentary, The El Duce Tapes.

The El Duce Tapes is compromised almost entirely of VHS footage shot in 1990 and 1991 by Ryan Sexton, an actor who found El Duce passed out in the bushes by Sexton’s apartment. He followed the infamous singer and his band, but the footage was ultimately placed in storage, never to see the light of day until now. Ascher and Lawrence take Sexton’s footage and piece together a story about a damaged man who loved music and wanted to entertain, though his idea of entertainment was built entirely on shock value. They eschew voiceover narration or supplementary interviews, instead focusing on Sexton’s footage and what it alone tells us about the musician in this time period. By sticking to the VHS aesthetic, Ascher and Lawrence are able to paint a better picture of the underground music world in the 1990s and what it meant to love sleaze.

“compromised almost entirely of VHS footage [Rodney Ascher and David Lawrence] piece together a story about a damaged man who loved music and wanted to entertain, though his idea of entertainment was built entirely on shock value.”

The film’s opening 20 minutes are disgusting. El Duce is shown onstage screaming about raping women and hailing Hitler. During interviews he yells, burps, blows raspberries, and chugs plastic bottles of malt liquor while spewing a stream of words about hate, sex, and alcohol. At first, this seems like a film that will just showcase the heinous nature of the band and their lyrics, which would make it virtually unwatchable; there is only so much pro-rape garbage one can listen to. However, the documentary begins to transition into a deeper look at the character of El Duce, his desire to create art, and what it meant to pursue that art.

Never does The El Duce Tapes try to excuse or justify the lead singer’s actions. Rather, it tries to understand why someone who was so talented on the drums and loved jazz fusion, pivoted into a world of perversion that earned him spots of Jerry Springer. To El Duce, his art was perversion, a way to entertain audiences and speak to them about life, despite it being a life most didn’t want to confront. He loved to make people uncomfortable, no matter what it took. Despite the heinous lyrics and the unforgivable joking about sexual assault, there is a glimmer of understanding the methods to his madness. 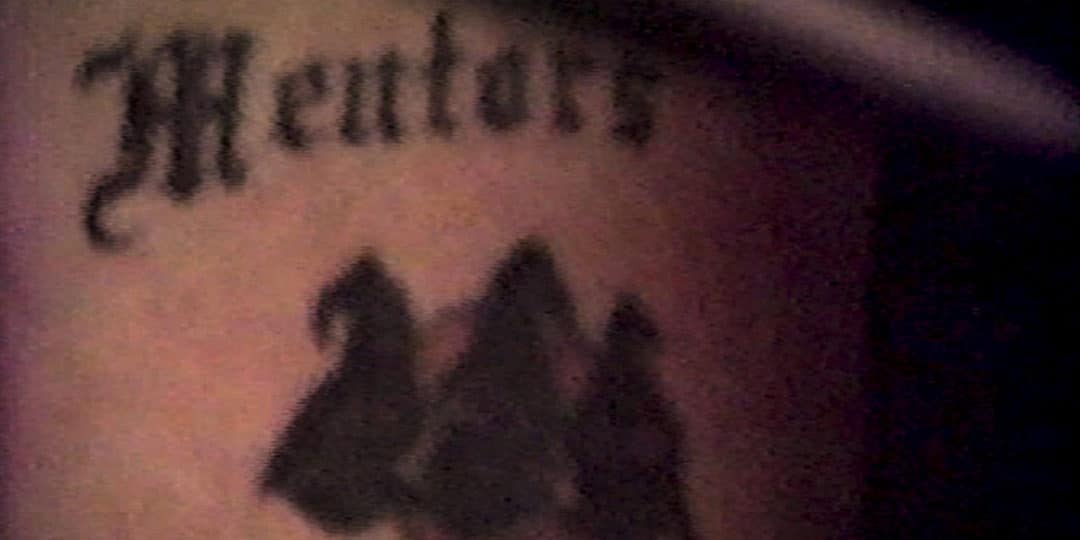 Despite his desire to create art, interviews with other musicians, as well as footage shot later in his life, show how El Duce became a joke. Members of GWAR, out of their customary stage makeup, laugh as they speak of El Duce’s antics, regarding him as just another weird guy who likes to get drunk. But underneath the El Duce personality was a man suffering with alcoholism and his own traumatic past. The documentary shifts from a sleazy look at a man who loved to yell about nasty sex to a story about someone who was deeply sad and was searching for some kind of meaning in his life. Ascher and Lawrence are able to take Sexton’s footage and make you feel for someone who is initially presented as a monster. They create an absolute rollercoaster of emotions as you move from disgust at El Duce to confusion to pity to all-out sadness at who he really was.

While he was laughed at and dismissed, his music showcased the world’s love of the controversial. Talk shows used him to spike ratings and poke fun at white suburban mothers. Even today, there is no doubt that controversy is the quickest way to success. As they say, any publicity is good publicity. Pop songs boast sexual lyrics that excite some audiences and infuriate others. Music, on the whole, has taken a turn for the sleazy, and even if El Duce’s lyrics still wouldn’t fly today, he ultimately knew what people really wanted from their music.

“The El Duce Tapes isn’t just a documentary about controversial music, but a look into the effects of trauma and how they can fundamentally change a person.”

Rodney Ascher and David Lawrence’s The El Duce Tapes celebrated it’s US premiere at the 2019 North Bend Film Festival August 17. Check out our full coverage of the festival HERE and let us know if you’re excited to see The El Duce Tapes on Twitter, in the Nightmare on Film Street Subreddit, and on Facebook in the Horror Movie Fiend Club! 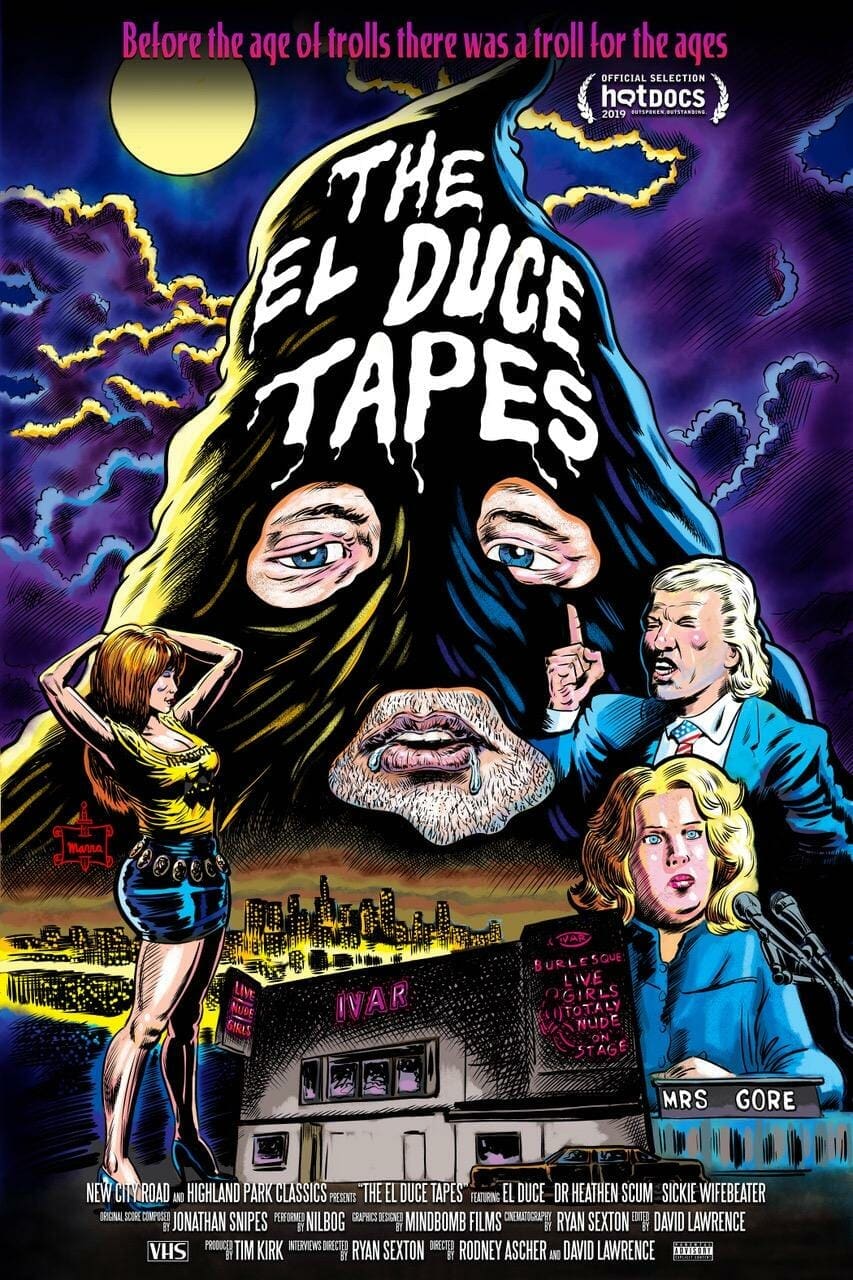