Jagoda Szelc’s second feature film, Monument, is a puzzling one. It is both a surreal nightmare akin to the works of David Lynch and a corruption of youth as seen in Pasolini’s 120 Days of Sodom, yet it still exists as its own wholly unique piece of perplexing art. It is European art cinema at its finest, a film that will no doubt polarize audiences, but ensnare those who fall under its spell. Monument is beautiful, frustrating, confusing, and enchanting, a work that refuses to cater to audience expectations of typical narrative structure.

Monument begins as 20 young people head to a hotel internship. They are all strangers, but begin to get acquainted as they embark on a long bus ride to what seems to be the middle of nowhere. Awaiting them is the strict hotel manager (Dorota Lukasiewicz), whose severe haircut and tailored suit establish her as a force to be reckoned with. Each intern is stripped on their name and clothing, and renamed “Pawel” if a man and “Anna” if a woman. To the manager, names are not important because customers do not care who they really are. The group then sets off their assigned tasks, from making beds to kitchen duties to manning the laundry. But, as each perform their mundane and repetitive duties, lives fall apart and a slow chaos begins to spread.

“..as each perform their mundane and repetitive duties, lives fall apart and a slow chaos begins to spread.”

Right from Monument’s beginning, something feels off. The interns’ first task is to work a wedding, which seems simple enough. They are shown clearing plates, resetting tables, and displaying the wedding cake. While it appears to be just an ordinary job, the way Selzc shoots the scene makes it feel like something is about to explode. The need to clear and reset tables never seems to stop as loud music pulsates around them. All of the interns wear such panicked expressions on their faces and seem ready to fall apart at the slightest provocation. There is something wrong with this hotel; it is an uncanny space where everything seems just a little bit wrong, tilted, and uncomfortable. Monument is structured like a series of vignettes, where it focuses on a few separate groups of interns at a time in different places throughout the hotel. But you can never truly tell where these groups are in relation to others, or even where in time they exist. Szelc shoots the film as if to create a labyrinth of rooms that never look like they belong in the same building, or even time. One girl works in the windowless basement that contains an ornate pool and a series of baths. A group of five works in a stainless steel kitchen. Three women clean bedrooms that are decorated as if it’s the 1980s. These vignettes stutter into one another, with no cohesive connection other than they are all employees of the hotel. But it gets to the point where it doesn’t seem like these groups exist in the same time or place; everyone is kept so deliberately separate that it feels like multiple separate films. Szelc’s visual style is what keeps everything tied together, for without it, Monument might fall apart.

Monument’s audio landscape also carries the film, combining a droning soundtrack with the loud creaks and moans of a large building. The sound editing is full of dread, taking the off-putting visuals on screen and amplifying their disturbing nature with just a few notes. The soundscape is paired with haunting visuals of dilapidated rooms bathed in eerie green light. Parts of the hotel feel like abandoned ruins or a haunted hospital rather than a place of rest and relaxation. No guests are shown running through the halls; rather, the building seems populated by interns alone.

“The soundscape is paired with haunting visuals of dilapidated rooms bathed in eerie green light. Parts of the hotel feel like abandoned ruins or a haunted hospital rather than a place of rest and relaxation.”

For this project, Szelc paired with a group of graduate acting students, utilizing their talents to make up the interns. Even if none of them are named, each of them throw themselves into their roles and make themselves stand out in their portrayals of anger, frustration, fear, and confusion. They all are deeply emotionally invested in their parts and are acolytes who help cast Selzc’s cinematic spell.

Everything about Monument is utterly surreal, from its performances to its setting and soundscape. However, its last moments are absolutely unsatisfying for a film that functions in the bizarre. It’s pre-climax is full of inexplicable cathartic screaming and breast-beating in cold concrete room that makes no sense, but if you have bought into Monument, it is an extremely satisfying and enthralling moment that only seems appropriate for the building chaos. Unfortunately, the sequence is eclipsed by a puzzling ending.

In looking over such a conventional ending, Monument is a surreal Eastern European nightmare. It is the perfect film to pop in when a friend asks, “what’s the weirdest thing we can watch right now?” Szelc has made a film that will leave you scratching your head and frustrated, but perhaps in the most satisfying way.

Monument was screened on August 17th as part of the 2019 North Bend Film Festival  Check out our full coverage of the festival HERE and let us know if you’re excited to see Monument on Twitter, in the Nightmare on Film Street Subreddit, and on Facebook in the Horror Movie Fiend Club! 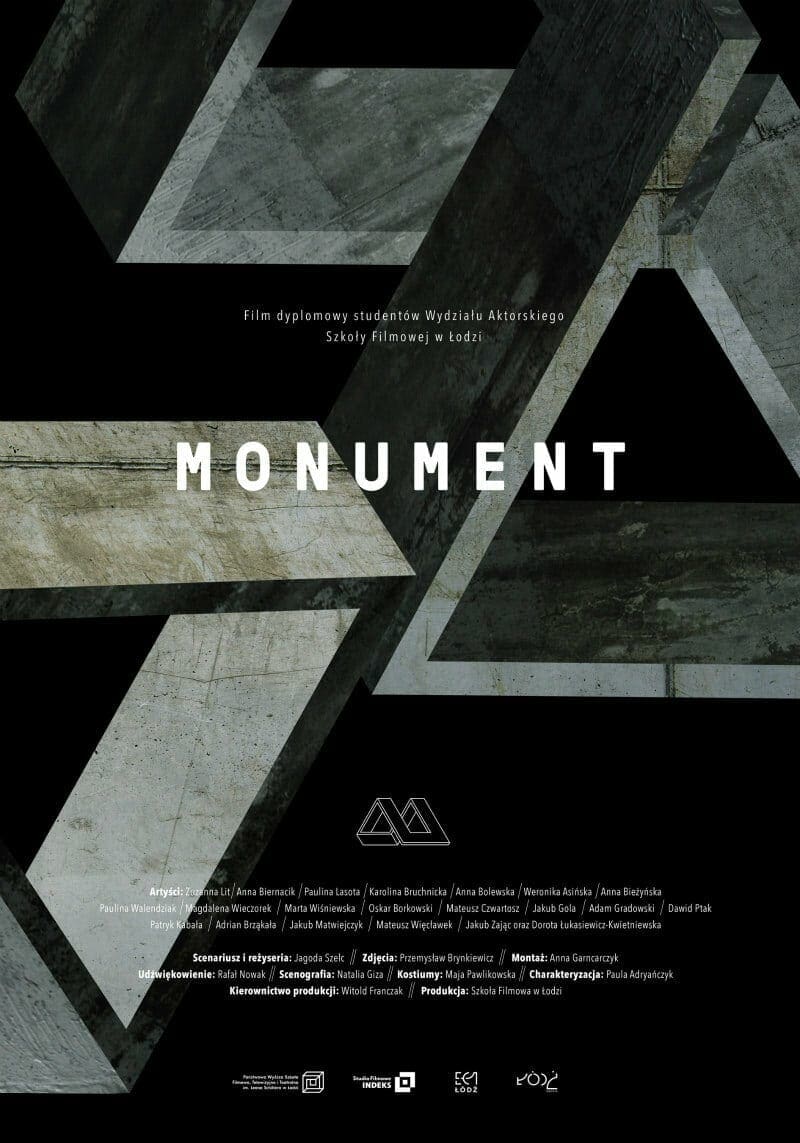 TLDR In looking over such a conventional ending, Monument is a surreal Eastern European nightmare. It is the perfect film to pop in when a friend asks, “what’s the weirdest thing we can watch right now?” Selzc has made a film that will leave you scratching your head and frustrated, but perhaps in the most satisfying way.