Carter Smith’s breakout short film Bugcrush shocked and awed audiences at the 2006 Sundance Film Festival. Horror fans will no doubt remember his little vacay of horrors debut feature The Ruins, and his newest effort, Swallowed, marks a return to his unsettling body horror roots at the 2022 Overlook Film Festival. Expanding on his original concept for Bugcrush, Swallowed follows two lifelong friends struggling to survive a drug deal gone wrong. It’s an eerie and uncomfortable hell ride through the worst night of a person’s life, but ultimately a story about friendship and the people that sacrifice everything for the ones they love. It’s also got some creepy crawly bugs and one hell of an oversized performance from Mark Patton (A Nightmare on Elm Street 2: Freddy’s Revenge). 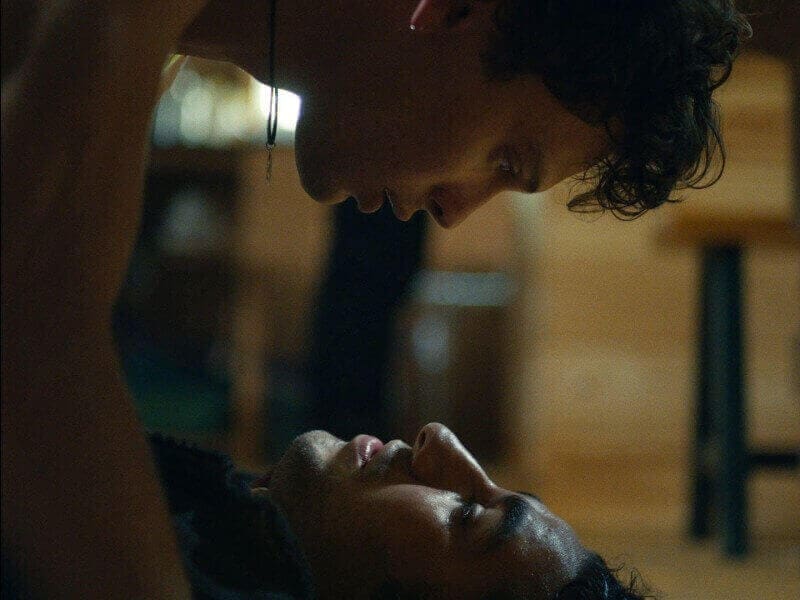 Benjamin is terrified that his best friend is going to die but Alice (Jena Malone), their untrustworthy contact for the drug deal, is much more concerned with getting the rest of the baggies out of Benjamin safely, and without having to bring him to a hospital. Alice is a mean, gun-toting machine. Her management style could use some work but she’s pretty effective at getting people to do whatever she says after pointing a gun in their face. Including forcing Benjamin to swallow a baggie of his own before crossing the border.

The tension of Swallowed is immediate and everpresent. There are no “small wins” or moments of reprieve for the two leads stuck in this living nightmare of bad decision-making. Things only go from bad to worse. As the situation is spiraling out of control, Benjamin is forced to care for his sick friend with no guarantee that whatever he swallowed won’t kill him as well. There’s also the small matter of strange side effects Dom has been exhibiting. For one thing, he’s become completely paralyzed but he remains in searing pain….he’s also got a rock-hard erection that will not go away despite his constant agony. 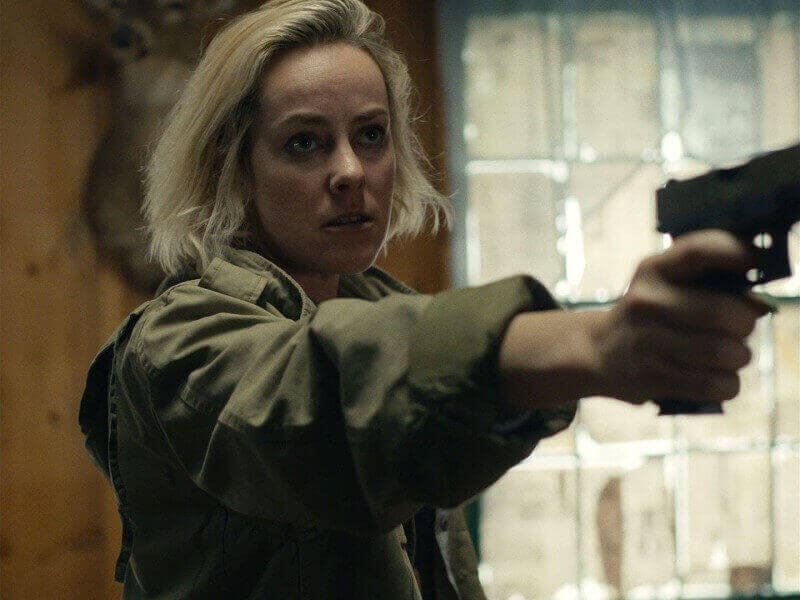 It’s clear these are no ordinary drugs and if Alice’s incredibly specific instructions for how to “care for” the baggies wasn’t enough to make Benjamin questions what is hiding inside him, the squirming bug that he found hiding in the first bag that comes out of Dom definitely sets alarms bells ringing. The real highlight of the film is the third act introduction of Alice‘s boss Rich played by horror icon Mark Patton. He’s a cruel bastard and one hell of a killer queen. Rotten to the core and sadistic, Rich is a wicked son of a bitch and Patton plays for the back of the house with a fringe leather jacket and an evil grin that would scare away The Chesire Cat.

Shot in a claustrophobic 4:3 aspect ratio, Swallowed is as gorgeously photographed as it is grim and gross. I’m not entirely sure how much the choice added to the overall look of the movie but there’s no denying everyone on screen is trapped on both sides by big black bars of darkness. Or Smith just liked how it looked 🤷‍♂️. Sometime’s the easiest answer is the correct one. Regardless, it’s a great movie to look at even when you’re squirming in your seat or covering your eyes. The “body horror” of Swallowed isn’t as Cronenbergian as your imagination is maybe hoping for but it’s a desperate tale of survival designed to make your skin crawl. And I don’t know about you, but the idea that there are deadly bugs writhing around inside your internal organs is enough to give me the heebie-jeebies. Mission accomplished.

Written and directed by Carter Smith, Swallowed celebrated its World Premiere at the 2022 Overlook Film Festival. Click HERE to read more reviews from the festival and be sure to let us know if you’re excited to see Swallowed over on Twitter, Reddit, Facebook, and in the official Nightmare on Film Street Discord. Not a social media fan? Get more horror delivered straight to your inbox by joining the Neighbourhood Watch Newsletter.

TLDR The tension of Swallowed is immediate and everpresent. The "body horror isn't as Cronenbergian as your imagination is maybe hoping for but it's a desperate tale of survival designed to make your skin crawl. The real highlight of the film, however, is horror icon Mark Patton who plays for the back of the house with a fringe leather jacket and an evil grin that would scare away The Chesire Cat. He's a cruel bastard and one hell of a killer queen.