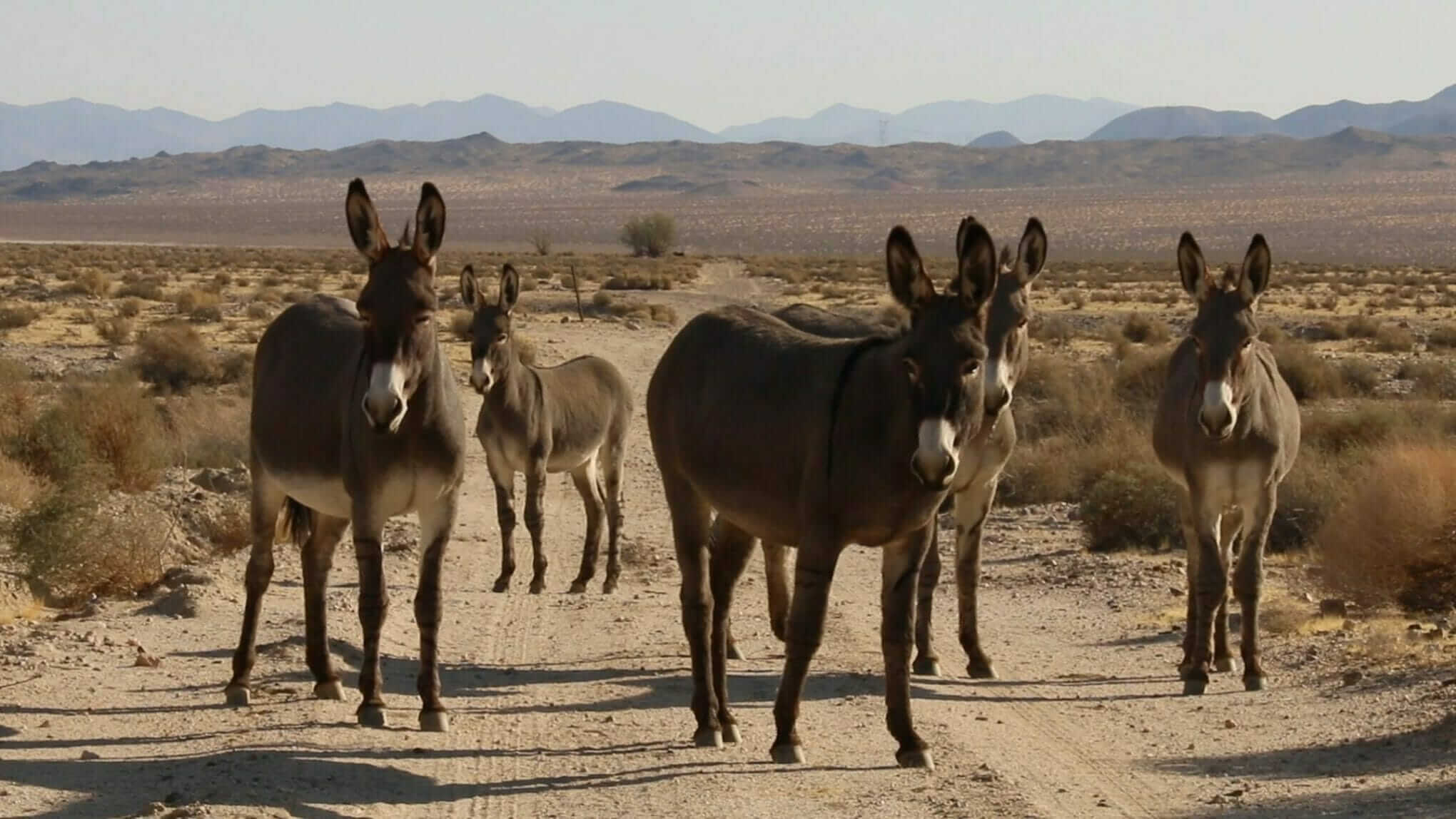 I’ve been procrastinating in writing this review for almost two weeks. No, not because I didn’t like The Outwaters, and not because I don’t have anything to say about it … but because it’s the first time I’ve found a film totally unreviewable.

The Outwaters is a wholly unique experience, a found footage film that completely transcends its own limited medium. Why is the camera on? Most critics ask. The Outwaters doesn’t even need to answer. Who knows if it’s even a camera by the time the credits roll.

The Outwaters is a tour de found footage force by Robbie Banfitch, who wrote, directed, produced, and starred in this debut feature. (He also happens to own a sweet Friday the 13th jacket, not a creepy observation to add in a review at all..)

Kicking off like your standard found footage fare, we follow a troupe of four friends-turned-filmmakers who set out to the Mojave desert to film a music video. The beginning, like our tour of Burkittsville in The Blair Witch Project, is slow and seemingly plotless. We catch candid moments of song, a pair of brothers sharing a shot or two in a dark motel, and all the boring things that come with ew, character development.

The Outwaters languishes in this space, teaming with agonizingly arty cinematography from our Narrator and budding filmmaker as he works up to shooting Folk Rock Music Video of The Year 2022. As a found footage fan, I’m typically the only bright-eyed and bushy-tailed audience member during these early moments. I love watching fake real people spread out camera equipment on a motel bedspread, waving into a grubby mirror, and shooting at blurry trees on a lonely interstate.

But The Outwaters even dared my patience. It plays out as almost a cat and mouse; how long can you, a horror fan, endure a bunch of ‘unedited’ footage clogging up a memory card with nary a spooky in sight? How long can you hold on before you tap out?

The answer is obviously… all the way to the end, baby.

Faster than you can buckle your seatbelt, The Mojave desert is flipped upside, inside out and backward when our filmmaking foursome is awoken one night to sheer utter chaos. Even if I wanted to spoil the plot here I couldn’t. With every heart in the theatre -both fictional and not- pounding in our chests, we’re forced to squint at the terror as it bombards our eyes and ears in an assault entirely unlike anything found footage audiences have ever been subjected to before.

With audio mixed to the brink of annihilating your inner ear, The Outwaters doesn’t take a breath for air from the moment the bass drops. You become Sherlock Holmes with a Heart Condition™ who’s snuck onto one of those thrill rides that definitely warned you not to have a heart condition before you boarded, trying to figure out just what the hell went wrong, how we got here, and where the hell we’re going. All the while trying not to shit your pants when something gory or downright otherworldly flashes by the camera lens.

I don’t know what the hell happens in The Outwaters, but by the time they were ushering me out of the theatre, holding bits of my confuddled mushy brains in my hands looking for someone to talk to- I was hooked.

Every movie ever has a pull quote on their DVD cover that says ‘A Thrillride..” If movies are thrill rides, The Outwaters should come with a barf bag to hyperventilate in and a support line to call afterward.

“…The Outwaters should come with a barf bag to hyperventilate in and a support line to call afterward.”

At some point during my post-watch haze, someone told me the film was only 90 minutes. Surely I lost four hours of time in that theatre that night. Four hours of time with my eyes peeled back like Malcolm McDowell in A Clockwork Orange, trying to put Lovercraftian blocks into square holes, and existential circles into triangle slots.

I don’t know when The Outwaters comes out, but when it does, go. see. it. And please come talk to me after. I’m still at the theatre.

Robbie Banfitch’s The Outwaters screened in Kansas City, MO as an official selection of Panic Fest 2022. Click HERE to follow our continued coverage of the festival and be sure to let us know what you thought of this found footage insanity after you’ve had a chance to see it over on Twitter, Reddit, Facebook, and in the official Nightmare on Film Street Discord. 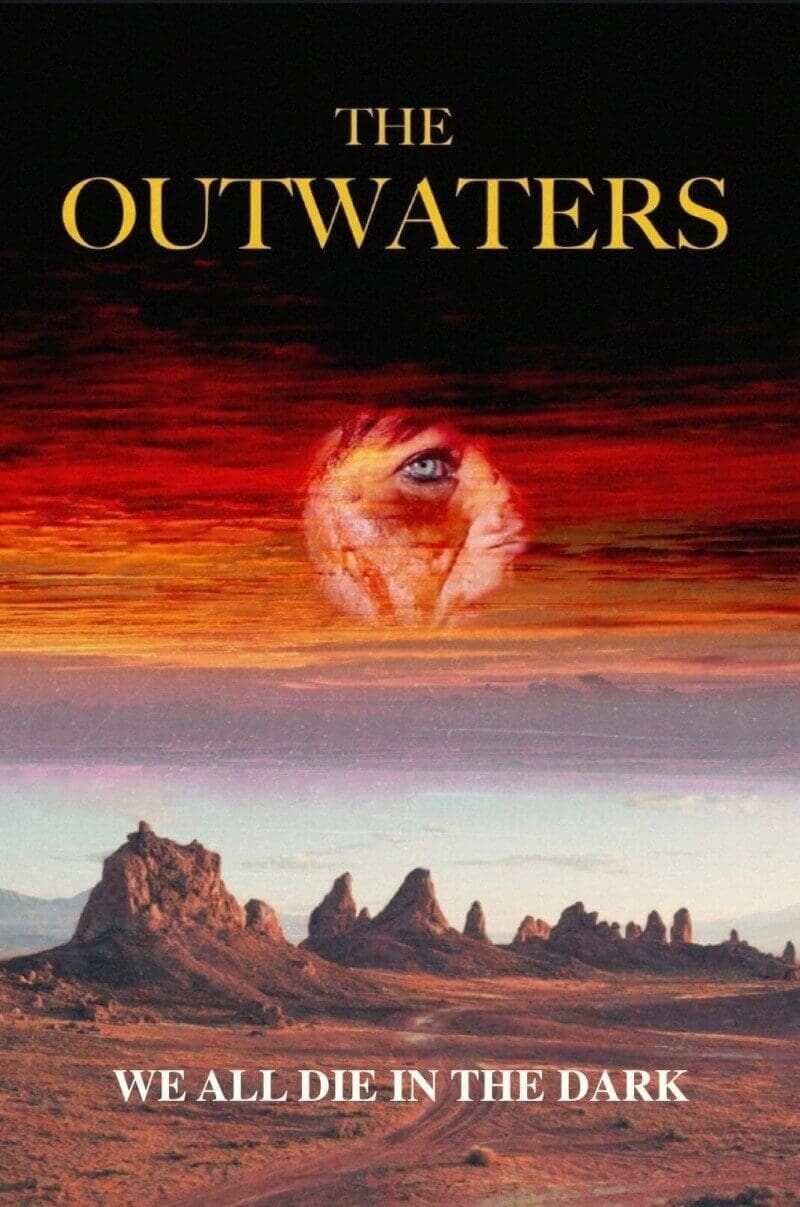 Review: The Outwaters (2022)
Summary
I don't know what the hell happens in The Outwaters, but by the time they were ushering me out of the theatre, holding bits of my confuddled mushy brains in my hands looking for someone to talk to, I was hooked.
What the F*ck Did I Just Watch?
100
Use of the Medium
100
Visuals I Guess
100
Endurance Required
100
100
SCORE