[Podcast] Cops, Killers, and How To Trap Them with Darren Lynn Bousman and Josh Stolberg of SPIRAL: FROM THE BOOK OF SAW

Welcome back to Nightmare Alley, the spooky little sidestreet podcast in the Nightmare on Film Street feed. Your horror hosts Jon & Kim are joined today by director Darren Lynn Bousman (Repo: The Genetic Opera) and screenwriter Josh Stolberg (Jigsaw) to discuss their new film Spiral: From The Book of Saw. It’s a completely new story, with a new killer, set inside the Saw universe starring (hold onto your butts) Samuel L. Jackson and Chris Rock as grizzled police officers on the hunt for a vicious copycat killer. We talk death trap design, polarizing fan reactions, and (best of all) get Bousman and Stolberg to show off all the weird prosthetic body parts littering their home offices. Together, they have a surprisingly large collection of fingers, eyeballs, and severed heads! Joinn usss… 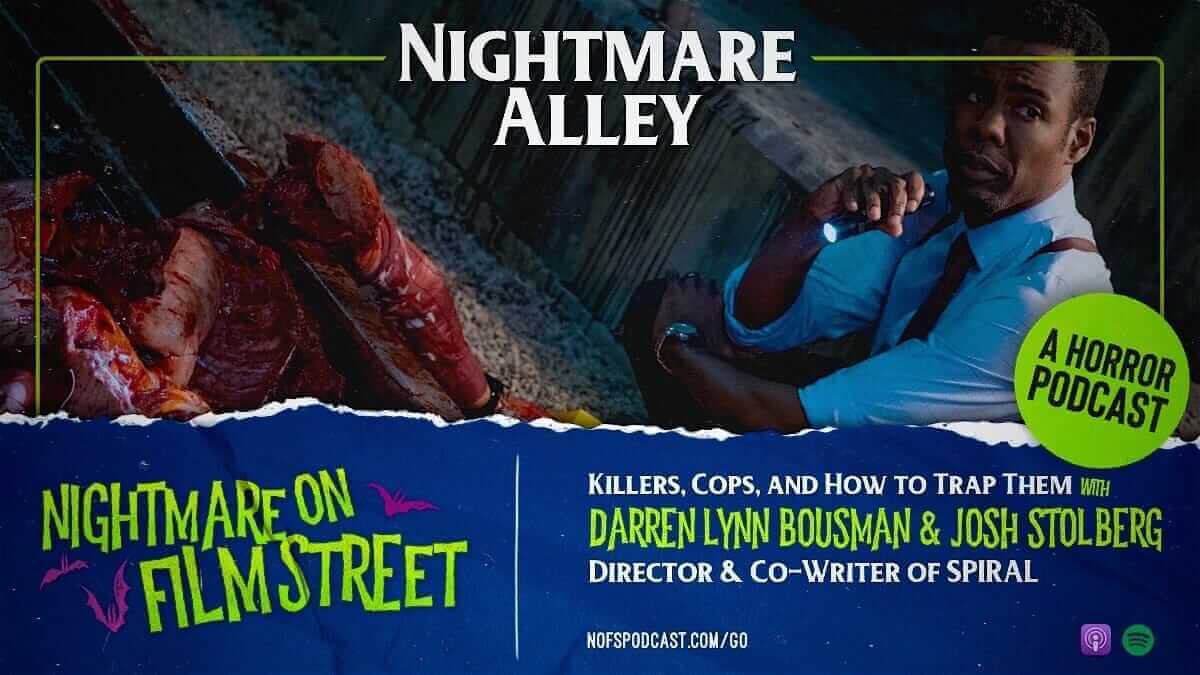