Love it or hate it, there is no subgenre of horror quite like found footage, and we are here today to talk in great detail about all freaky, first-person frights of V/H/S/94. Join your hosts Jon & Kim as they sit down with directors Jennifer Reeder (Knives and Skin), Chloe Okuno (Slut), Simon Barrett (Seance), and Ryan Prows (Lowlife) to discuss their individual segments in this year’s found-footage-iest horror-anthology. It’s a fun-filled chat about the crunchy, distorted aesthetic of shot-on-video horror, the challenges of crafting a “shakey-cam” short film, and (of course) why no one should go into the sewers to investigate claims of a giant human-eating rat monster. Joinn usss…

This week’s episode of Nightmare on Film Street is brought to you by the horror short VODI from Lil Baker Films. Watch the trailer for this wild Dario-Argento-Meets-Walt-Disney horror short HERE. 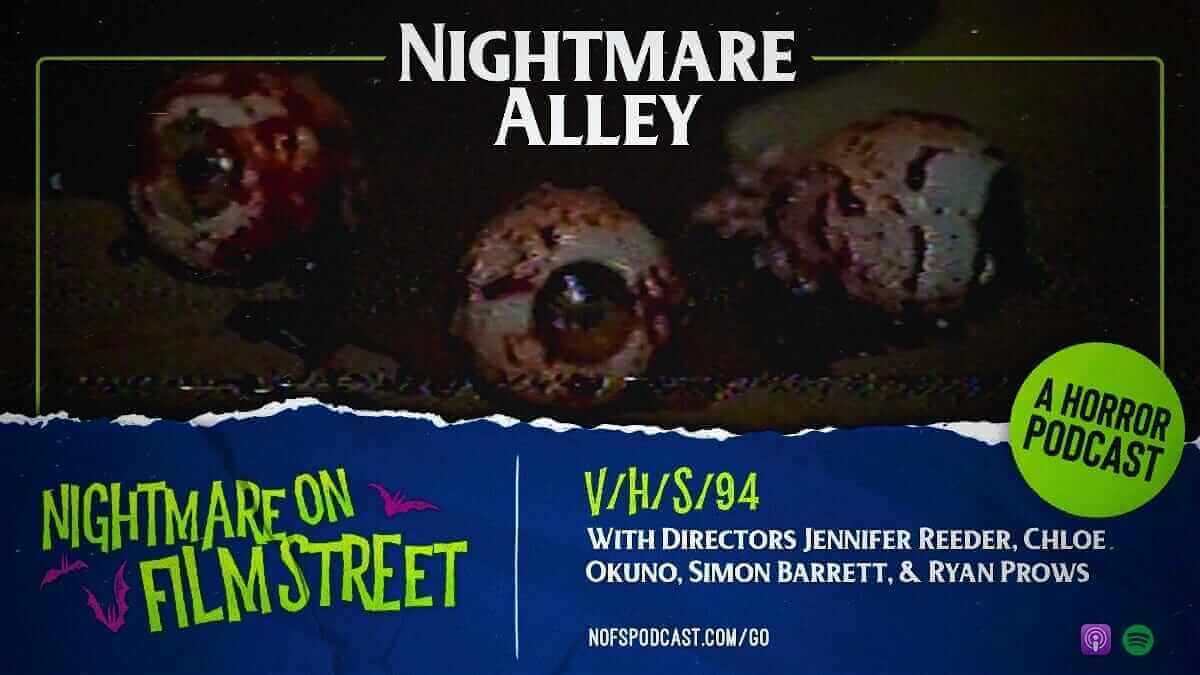