Since its inception, Netflix’s original series Black Mirror has pushed the boundaries on exploring humanity and its connection to evolved technology, scientific advancement, and futurism. Season after season, Black Mirror has used fantastical and sometimes realistic means to pose theories and entertain its audience, all the while staying contained within its prison – a standard, two-dimensional media format, trapped within the very Black Mirror it forces us to stare into as we descend into a futuristic chaos of what ifs.

As an appetizer to the fifth season, arriving sometime in March, Black Mirror: Bandersnatch (being dubbed a “special event film”) seeks to transcend its own limitations, becoming an evolved form of media content that no longer allows the viewer to be a passive consumer. Netflix, a constant juggernaut in the entertainment industry, has been nipping at the heals of the ‘status quo’ in media. Releasing its television series’ in bingeable doses, forgoing theatrical releases for films with both buzz and star power, and throwing standard practice to the wind and trying experimental tactics – like the release of Cloverfield: Paradox that dropped completely without warning after the 2018 Superbowl. Black Mirror: Bandersnatch, in a switch of gears, seeks to keep the remote in the viewer’s hands. Not to change the channel, no; but to steer the very content they are watching, weaving in and out of several possible narratives and diverging storylines. 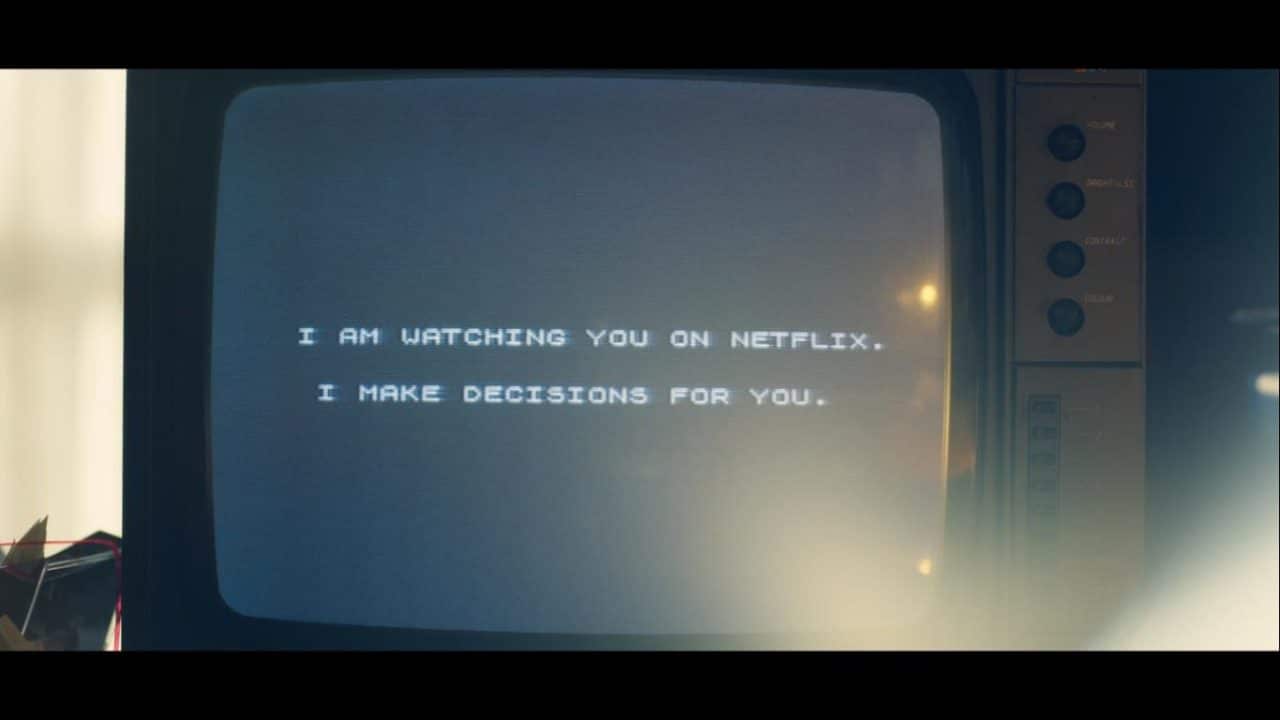 Choose Your Own Adventures are nothing new. Books and videogames have explored user-controlled storylines for decades (your humble narrator recommends the choose your own adventure novels from R.L Stine, or more recently, the horror game Until Dawn, which had players fighting to keep a group of isolated youths alive through the night.. or not). But in true Black Mirror fashion, Bandersnatch isn’t out to only use the Choose Your Own Adventure format as a means of content delivery. More meta than Wes Craven’s Scream, it becomes a tool to immerse the viewer in the questions of whether or not free will exists, if we all follow preordained paths, if divergences exist based on our choices, and there are several versions of our selves living out simultaneously, affected by the very cereal we chose for breakfast. Hoo boy.

Are you ready to get lost in the Butterfly Effect? Let’s get into Bandersnatch. 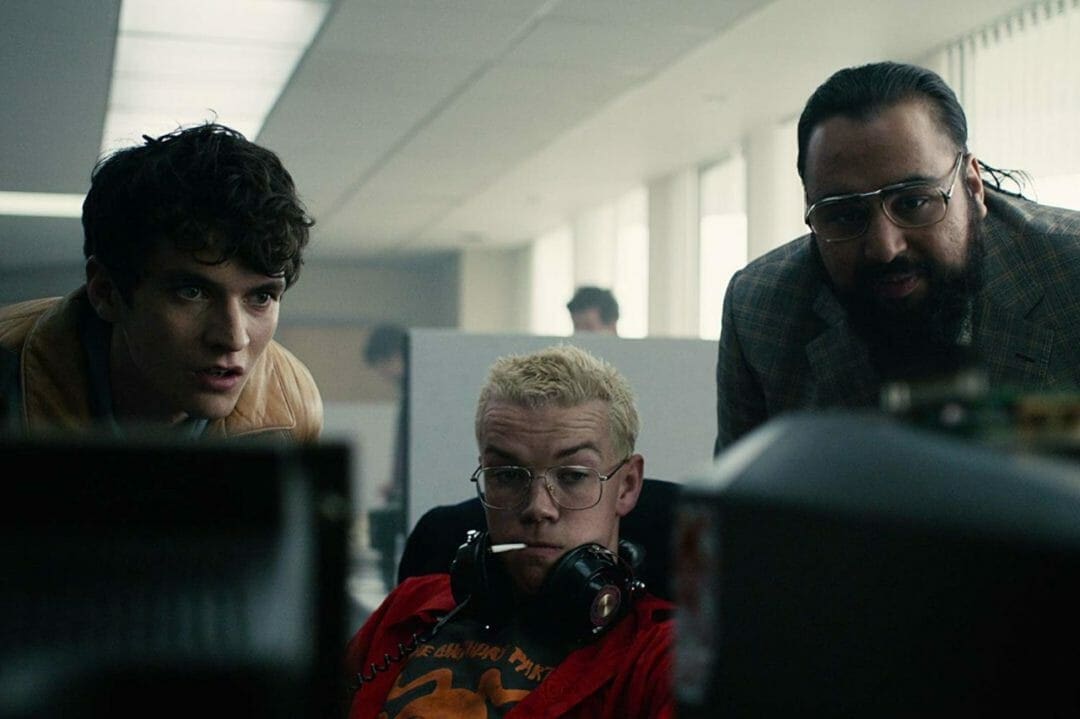 We, the remote-wielding viewer, follow Stefan (Fionn Whitehead), a nineteen-year-old video game developer in 1984. Apart from choosing his breakfast-o’s and the soundtrack for his day-to-day, we are omnipotently tasked with the power to help Stefan successfully complete (or not complete) programming Bandersnatch –  a choose-your-own-adventure game based upon a choose-your-own-adventure novel that turned its author mad before killing his wife while spewing conspiracy theories about life being preordained, free will an illusion, and a big power in the sky making all of your decisions. (Hi, sorry. Blame Netflix?)

With the release date of Bandersnatch looming, Stefan juggles the emotional trauma of losing his mother – which you can explore at length with his well-meaning therapist Dr. Haynes (Alice Lowe), or choose to take out on Stefan’s warm-but-distant father Peter (Craig Parkinson) – all while his mental state slowly deteriorates. Which, director David Slade (Black Mirror, ‘Metalhead’) and writer Charlie Brooker (Black Mirror original creator) give you a whole host of options to explore. You can deviate from prescribed medication, go down the rabbit hole with chaotic neutral game designer Colin Ritman (Will Poulter), or try your hand at some full-blown old-fashioned murder. The choice is yours… or is it?

“There is plenty to explore within the typically two-choice options of Bandersnatch – but you can’t help but feel limited in the decisions you can make freely and what direction each interaction is ultimately steering you towards.”

You’ll make some incorrect decisions along the way – but thankfully Black Mirror: Bandersnatch is as forgiving to you as it is cruel to its characters. When your choices take you towards a lackluster denouement, you’ll be given the option to go back to that fateful convergence, and try it all again differently. In the four or so hours I watched/played, I was able to explore three larger narratives in the third act, and about ten different finales within those three primary storylines. Does it dampen the experience, to do it again and again? Perhaps. There is plenty to explore within the typically two-choice options of Bandersnatch – but you can’t help but feel limited in the decisions you can make freely and what direction each interaction is ultimately steering you towards. But hey, this is Black Mirror – and if our characters are feeling they don’t have free will – surely it’s intentional irony that we, the remote-wielding viewer, are trying to self-determine outcomes from a limited amount of pre-filmed, edited, and compiled footage of actors in a studio. 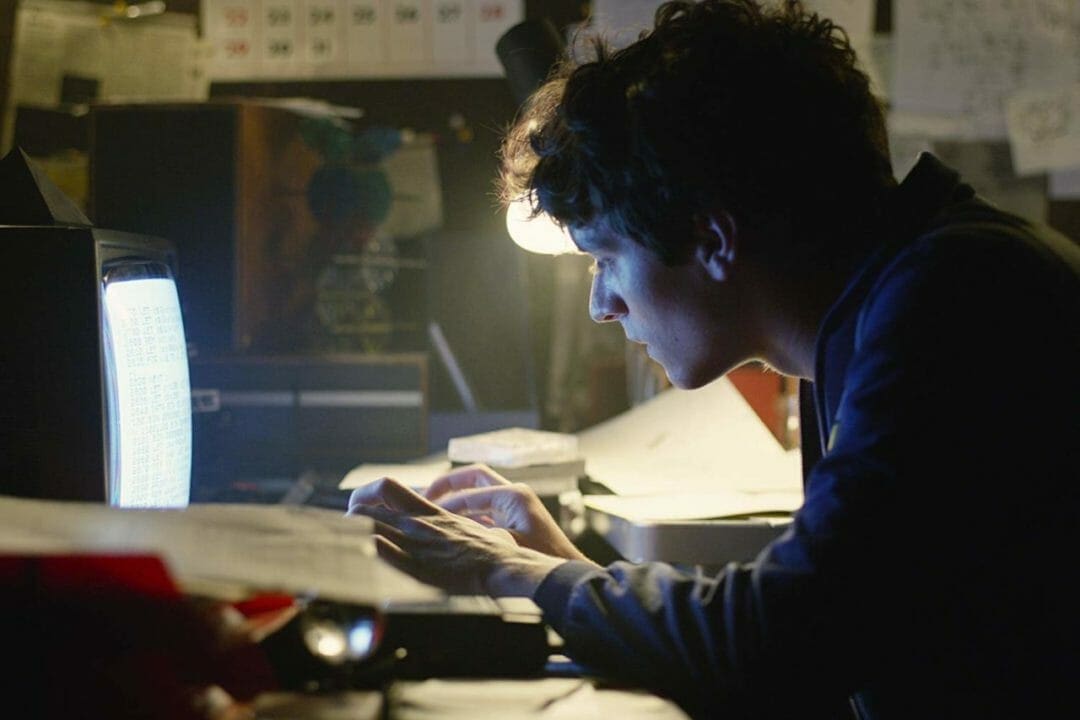 And while the method has novelty and will receive the most chatter, the story at Bandersnatch’s heart is one of Black Mirror‘s best. I love a little existential dread at three in the morning (when Bandersnatch dropped over on the Eastern Seaboard). My only nitpick is that in filming so many alternate outcomes and storylines, following a single path from beginning to end plays out more like a short film. We don’t get the satisfaction of any of the third-act denouements with the same weight as a full-length feature. I would have traded some of my choice for a lengthier, heartier conclusion. By hour three, I found myself frustratedly hunting for more endings to satiate my want for a resolving end.

All in all, Black Mirror: Bandersnatch is a successful experiment. With the constantly evolving state of media.. which is now all being funneled under the ambiguous word that is ‘content’ – perhaps taking the reigns by giving them willingly to your audience is the best way to create loyalty in a society that has been drifting through international waters since the mass-adoption of the internet. Everything must be made and tailored for the individual. But perhaps I should save that thought for Black Mirror to explore..

Black Mirror: Bandersnatch is now streaming on Neflix. And, no – Miley Cyrus wasn’t in it (at least in any of my outcomes). Let us know what you thought over on Twitter, our Official Subreddit, and the Fiend Club Facebook Group!

TLDR While the 'Choose Your Own Adventure' method has novelty, the story at Bandersnatch's heart is one of Black Mirror's best. I love a little existential dread at three in the morning (when Bandersnatch dropped over on the Eastern Seaboard). My only nitpick is that in filming so many alternate outcomes and storylines, following a single path from beginning to end plays out like a short film. We don't get the satisfaction of any of the third-act denouements with the same weight as a full-length feature. I would have traded some of my choice for a lengthier conclusion. By hour three, I found myself frustratedly hunting for more endings to satiate my want for a resolving end.