French director Claire Denis is a genre chameleon. Each of her films could not be more different from the last as she deftly weaves through drama (White Material), romance (Let the Sun Shine In), and horror (Trouble Every Day). Her latest film, High Life, is no exception as it is her first foray into sci-fi, her first film completely in English, and the first of her films shot on a soundstage. Not to mention it is perhaps the first film to utilize the phrase, “shaman of semen.” Denis has launched her beautiful brain into space and onto an intergalactic prison ship to tell a haunting story about abuses of power, sexual violence, and what it means to feel alone.

This prison ship—really just a junk box hurtling through space—is home to Monte (Robert Pattinson) and his baby daughter, Willow. They wander the abandoned halls bathed in red and blue light, constructing a life in what appears to be a floating tomb. As we continue to watch Monte live out each day and try to raise a child in such conditions, we begin to put the puzzle pieces together about what exactly happened to the rest of the crew. Through a series of flashbacks, we learn that the ship was once full of death row prisoners who volunteered themselves to a mission in the name of science. The science in question is to collect data about black holes. But there’s another kind of science happening at the hands of Dr. Dibs (Juliette Binoche) who wants to see if a baby can be conceived and born in space. High Life interweaves the past with the present to tell a disturbing tale about manipulation at the hands of someone in power.

“Denis has launched her beautiful brain into space and onto an intergalactic prison ship to tell a haunting story about abuses of power, sexual violence, and what it means to feel alone.” That being said, High Life literally oozes with fluids. Water drips from the ceiling, semen fills up jars, breast milk runs down bodies. Many of these fluids are taboo, things not normally shown on screen because of their societally-deemed disgusting nature. But Denis wants to confront those taboos and rub them in your face. Semen and breast milk here are reminders of a loss of control, not signals of sexual pleasure or motherhood.

Due to this lack of control, a majority of the cast—with the exception of Andre 3000’s character—can be best described as feral. They lash out at each other with almost no warning or cause, screeching like caged animals who are trying to claw their way to freedom. And they are trapped. They are prisoners floating in the great vast nothingness of space, and are at the mercy of a scientist who merely seeks them as walking reproductive systems. They are violent because they have been made that way by these systems of power. Moments of tenderness are quickly erased by sequences of violence. Blood stains the walls as a reminder of the past. Scars cover flesh as marks of pain. Mia Goth’s character is particularly devastating as she tries to both defend herself and the other women onboard. She is constantly screaming in attempts to regain a semblance of control, only to be beaten back and into submission. She is unhinged and unapologetic. Pattinson has never been better, playing Monte as a gentle yet violent man who is constantly walking on the edge of a knife. He is particularly amazing to watch as he interacts with his baby daughter, Willow, who is perhaps the most talented baby actor I’ve ever seen. You would think that this is his real daughter with the love and tenderness Pattinson shows as he rocks her to sleep, feeds her dinner, gives her a bath—mundane tasks of everyday parenting that take on harrowing meaning when you realize it is just the two of them floating towards a black hole. But more than his tenderness is Monte’s potential to snap at any moment. He has a scary stoicism about him, with only his eyes betraying his emotions. Monte’s gaze is an intense look that conveys lust, anger, frustration, and sadness. He speaks very little, but Pattinson’s command of facial expressions are all he needs to make Monte both a sympathetic and terrifying figure.

While Pattinson is the film’s primary focus, High Life’s shining star is Juliette Binoche as Dibs, a nightmarish space witch-mad scientist hybrid who steals babies for her own benefit and cackles in the faces of prisoners. Her long hair billowing behind her conjures up images of magical women who seek fresh fetuses for their next spell. She is cruel to women and seductive to men—she knows how to get what she wants. She is a repulsive villain, which is actually refreshing and exciting to see. The sci-fi mad scientist is typically a man, and women villains are either disembodied voices of A.I. or gendered monsters. Well, Binoche is a monster, alright, but one who is more human, a shaman of semen if you will.

“..High Life’s shining star is Juliette Binoche as Dibs, a nightmarish space witch-mad scientist hybrid who steals babies for her own benefit and cackles in the faces of prisoners.”

I could write pages more about High Life, but that would spoil the experience of the film. It is unpleasant, it is disturbing, but it is phenomenal. Denis utilizes preexisting genre conventions and expectations to tell a story set in space that barely feels like sci-fi. But still, space has never seemed so scary. While there are no aliens scuttling through the air ducts or parasites floating through the air, the film plays into the idea that nothing is scarier than humanity. She uses the concept of science fiction to convey the horrors of the human body and what it is capable of; sure, this is a film that could be told in the present within a prison, but setting it in space feels right. It adds a degree of claustrophobia and hopelessness that could not be achieved on Earth. With High Life, Denis has created a film oozing with violent potential and taboos. Oblivion awaits, but I’m not sure we want to know what’s waiting for us there.

High Life is now playing in select theatres. Will you be catching the film? Sound off with the Nightmare on Film Street community over on Twitter, Reddit, and in the Horror Movie Fiend Club Facebook Group! 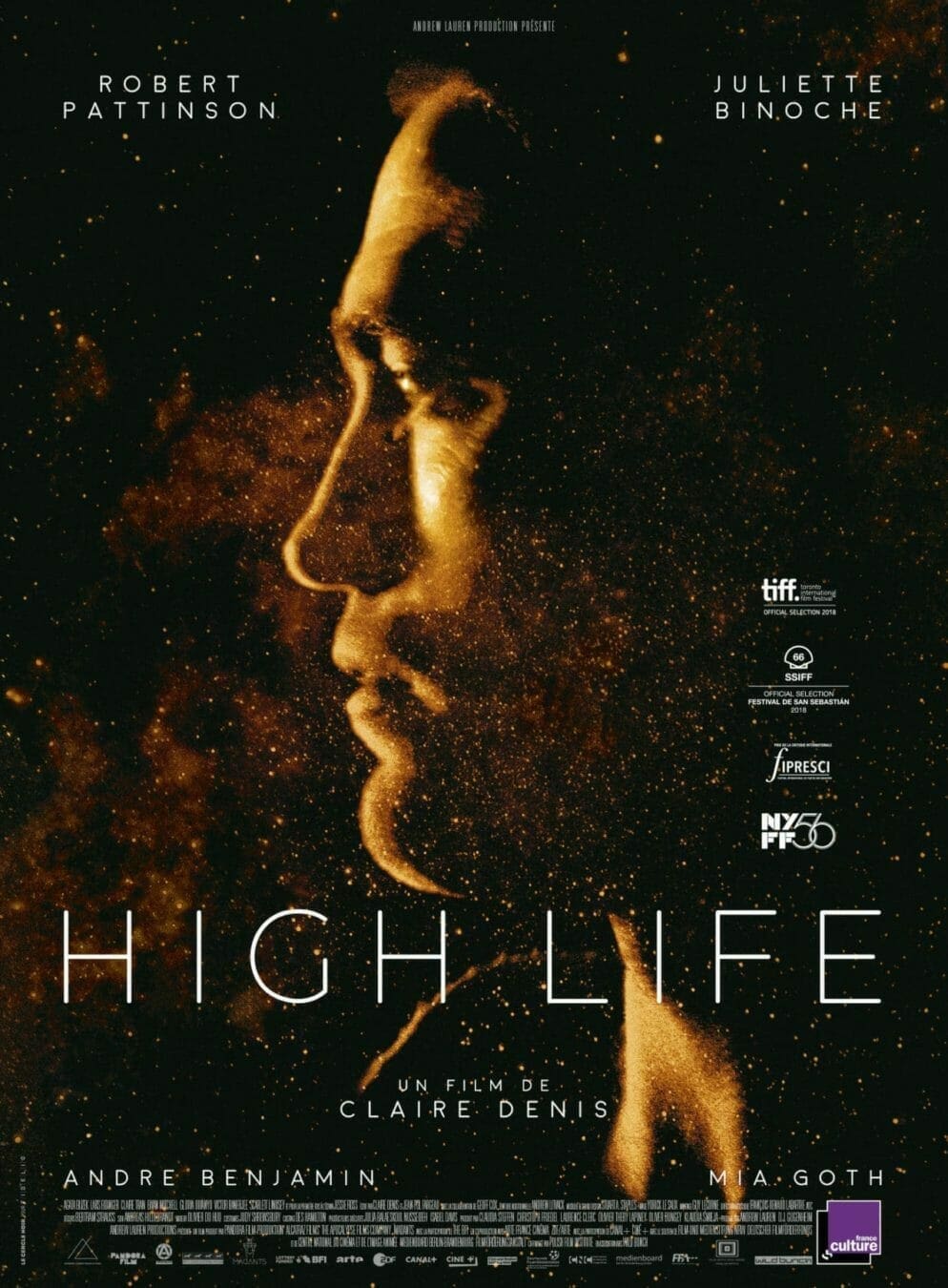 TLDR Denis utilizes preexisting genre conventions and expectations to tell a story set in space that barely feels like sci-fi. But still, space has never seemed so scary. While there are no aliens scuttling through the air ducts or parasites floating through the air, the film plays into the idea that nothing is scarier than humanity.