Serving as the debut feature for actor turned director Dave Franco, The Rental sets out to “do for home-sharing what Jaws did for the water“. Starring Alison Brie (Glow), Sheila Vand (A Girl Walk Home Alone At Night), Dan Stevens (Apostle), Jeremy Allen White (Shameless), as well as a surprising appearance from Toby Huss (Halloween, 2018), Franco and crew deliver a film that will have you second-guessing every odd Airbnd interaction you’ve shrugged off as probably harmless. And while The Rental is quite a bit less home-invasion focused than promos suggest, it is a classic example of single-location, character-driven storytelling that takes its time to explore a simple concept an unearth the horror hiding in plain sight.

Playing with the paranoia we all feel when we think too much about letting out guard down in a stranger’s house, The Rental follows two couples during a quiet weekend away from the noise and stress of the city. Charlie (Dan Stevens) and Mina (Sheila Vand) are business partners fighting to breadloaf the sexual tension between them. Mina‘a boyfriend Josh (Jeremy Allen White), who also happens to be Charlie‘s brother, is struggling to tamp down his own insecurities about their relationship, and hopes that this shared weekend away is just what they both need. Of course, when he let’s slip to Michelle (Alison Brie) that Charlie has a pretty long history of cheating, the vibe turns sour as the sun sets on their final day together in the beach house.

“The Rental is a restrained but creepy thriller weaponizing the fear that we’re all one reddit post away from discovering we stayed at the wrong Airbnb.”

The Rental is a restrained but creepy thriller weaponizing the fear that we’re all one reddit post away from discovering we stayed at the wrong Airbnb. Relying on atmosphere and mood The Rental patiently waits for the tension of it’s character’s relationships to fill the room like natural gas before lighting a match and sending everything sky high. It’s a tightly wound story that shifts gears hard in the finale act, but doesn’t lose sight of everything it worked so hard to establish in the beginning. Rather than moving from marital drama to home invasion at the discovery of a threat, The Rental manages to fade from worry to panic without completely dropping it’s setup when the daggers everyone’s eye’s have been shooting come up against some very real sharp objects.

debut feature or not, The Rental is a tight and tense drama that already has your heart pounding NopeNopeNope before any killer comes creeping out of the fog to remind you that you are watching a horror movie. It’s an incredibly bold move to hang so much of your movie on the relationships between characters stuck in a single location because if there isn’t anyone worth investing in, then all we’re watching are four people hang out for an hour and a half. Franco succeeds in bringing characters to life that we want to see survive the turmoil of their own self-destruction before the idea of defending themselves against a killer is ever introduced. The complicated mess of these character’s lives immediately delivers a sense of unease that is just a baseline for the doom surrounding them. These characters are isolated from the world in their Airbnb, but they’ve also isolated themselves from each other by keeping secrets, telling lies, and holding each other at a distance. By establishing a strong foundation of paranoia early on, and allowing character-specific choices to steer the story directly into rough waters, The Rental creates a perfect storm of dread and helplessness. 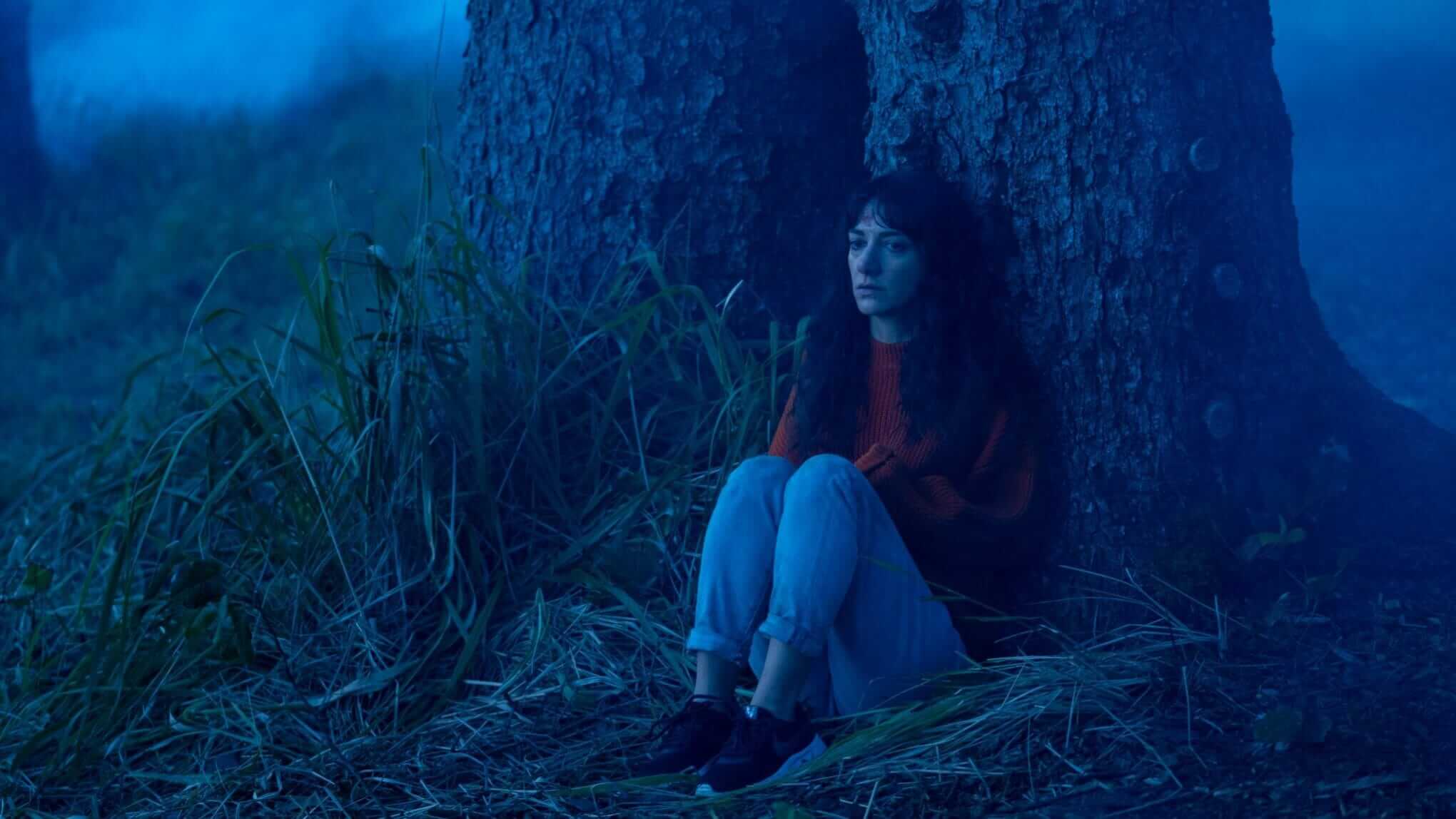 One of the unfortunate problems Franco is bound to come up against with a genre film like The Rental is that, for a specific audience, his name is what is selling the movie. In a recent interview with Seth Rogen for Fangoria magazine, Franco shared that the test screening process was littered with people who felt blindsided when they were forced to watch a thriller after expecting a comedy. As a horror fan who champions the strength of story-telling in scary movies, I love tricking my friends into watching movies I know they will enjoy. I’m not cruel. I’m not making them watch anything “Not Safe For Life” that will make them vomit. It’s a calculated decision based on their tastes and preferences, but the surprise some non-horror fans are going to have after hitting playing on The Rental is bound to hurt its scorecard in the online discussion. More dangerous for the horror community’s reception of the film though is Franco’s plans to move into Rom-Com territory for his next directorial effort.

In that same Fangoria interview, and in his director statement from IFC Midnight, Franco has been very upfront about his love of “a smart, elevated thriller or a horror film” and also the logistical decision to make a “relatively low budget [movie] with a small cast and crew, and in one location“. Horror fans can be so protective of the genre that when a director expresses interest in moving away from horror, especially after their first film, they feel like they’ve been used. Like they were just some downtown fling with an uptown king, here to collect their rough-side-of-the-tracks badge and split. I understand the frustration, because it kind of paints the genre as an unglamorous boot camp filmmakers are forced to fight through before graduating into legitimate filmmaking, but that disdain is also the proof that someone has made a solid horror movie. If a debut is no good and it showed no understanding of the genre, no one would be upset when the director expressed interest in moving on to more populace filmmaking. It only hurts when you want to see more from a filmmaker who clearly has talent and can very obviously direct the f*ck out of a low-budget thriller. 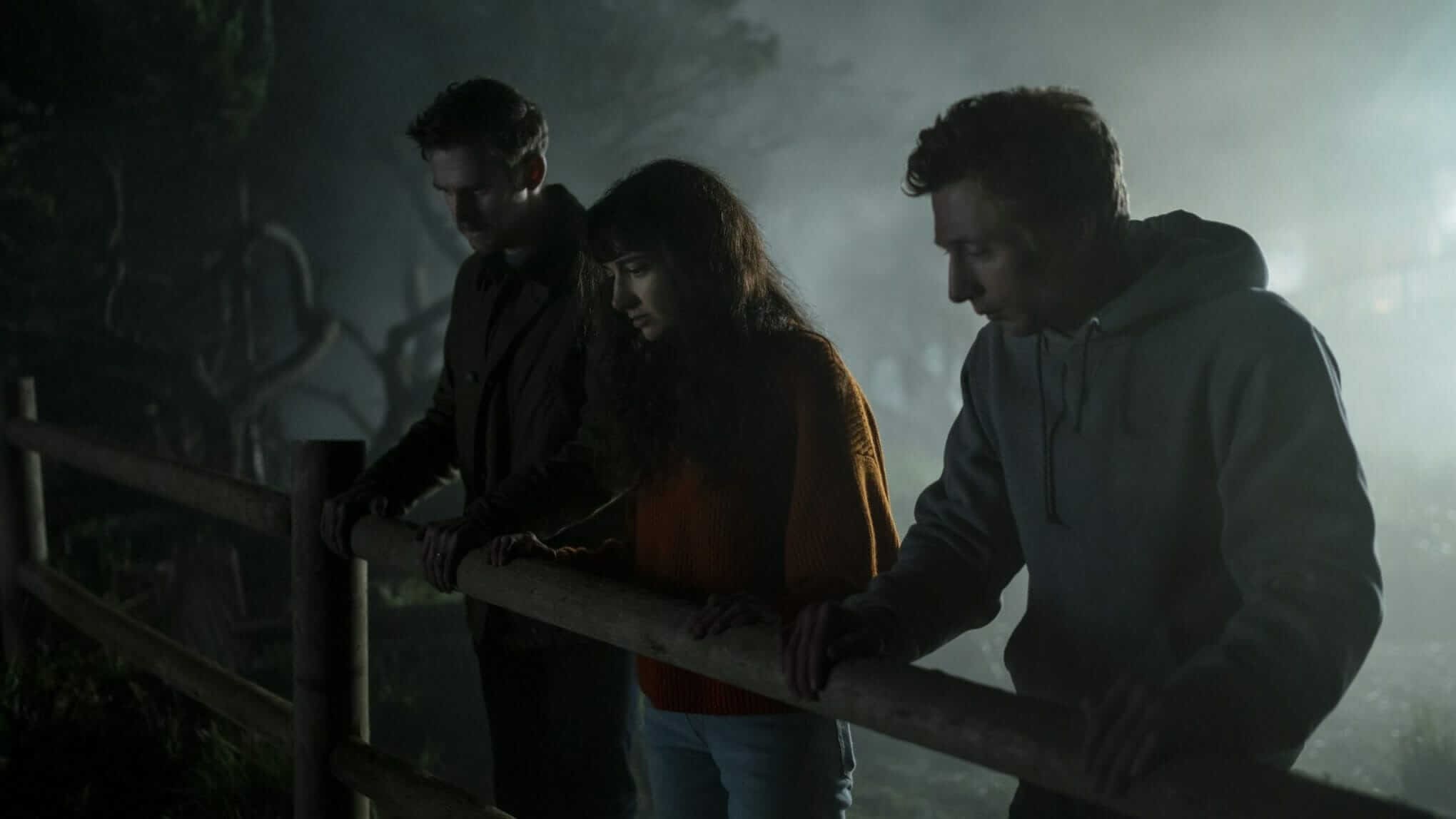 The emphasis on character relationships is one of The Rental‘s biggest strengths though, which comes as no surprise with indie filmmaker Joe Swanberg sharing writing credits with director Dave Franco. Swanberg, one of the founding voices of the early-2o00s digital movement, who also contributed to the found-footage anthology V/H/S and starred as the overbearing older brother in Adam Wingard’s You’re Next. His ability to craft “real” relationships is what helps provide the film with stakes beyond surviving the night, and certifies The Rental as a shining example of Mumblegore filmmaking. None of that would be worth a damn thing though, without a handful of surprising performances from literally everyone on screen.

We’re all familiar with the stoic power of Sheila Vand, who horror fans will recognize as the vampire of A Girl Walk Home Alone At Night, but her performance here is buzzing with anxiety and trembling with fear. Jeremy Allen White holds back an unstoppable rage that might explode at any minute, despite being a really gentle and emotional person. Dan Stevens portrays a picture-perfect shithead brother that shouldn’t, but probably does, get all the praise from their parents for being “the good one”. And Alison Brie, as always, demonstrates her superhuman ability to show more emotion in a single look than most actors can muster in an entire movie. The Rental also features a restrained and untrustworthy performance from the wonderful Toby Huss (Halloween, 2018), and a french bulldog because what’s a horror movie without a cute dog to worry about.

“Do not watch The Rental if you’re about to spend the night in an Airbnb.”

Do not watch The Rental if you’re about to spend the night in an Airbnb. It’s the exact kind of movie you don’t want to watch before going on a mini-vacation, the same way you probably don’t want to watch Open Water before going scuba diving for the first time. It showcases a fear and paranoia that feels almost impossible to escape in the 21st century as we openly share and trade space based on nothing more than a few photos, a couple good reviews, and a mutual trust based on absolutely nothing. The Rental even finds space to point a finger at some of the more insidious practices of home-sharing (see: discrimination) without dropping it as quickly as it comes up.

It’s a strong debut but it’s also a very safe debut. The Rental doesn’t take any risks, especially for a movie with notable names on both sides of the camera, already pulling in a bigger audience than every other indie project fighting for attention in the same space. The Rental respects the nihilism of the Home Invasion subgenre but is too clean and polished to fully embrace it. Franco didn’t need to make a grand entrance his first time out but indie film has always been the arena we look to for wild, unrestrained ideas from filmmakers that aren’t afraid to get their hands dirty.

The Rental, released through IFC Midnight is available in select theatres and VOD now! Let us know that you thought of Dave Franco debut horror, and whether or not you’ll ever stay in another Airbnb again over on Twitter, in the Nightmare on Film Street Subreddit, and on Facebook in the Horror Movie Fiend Club. 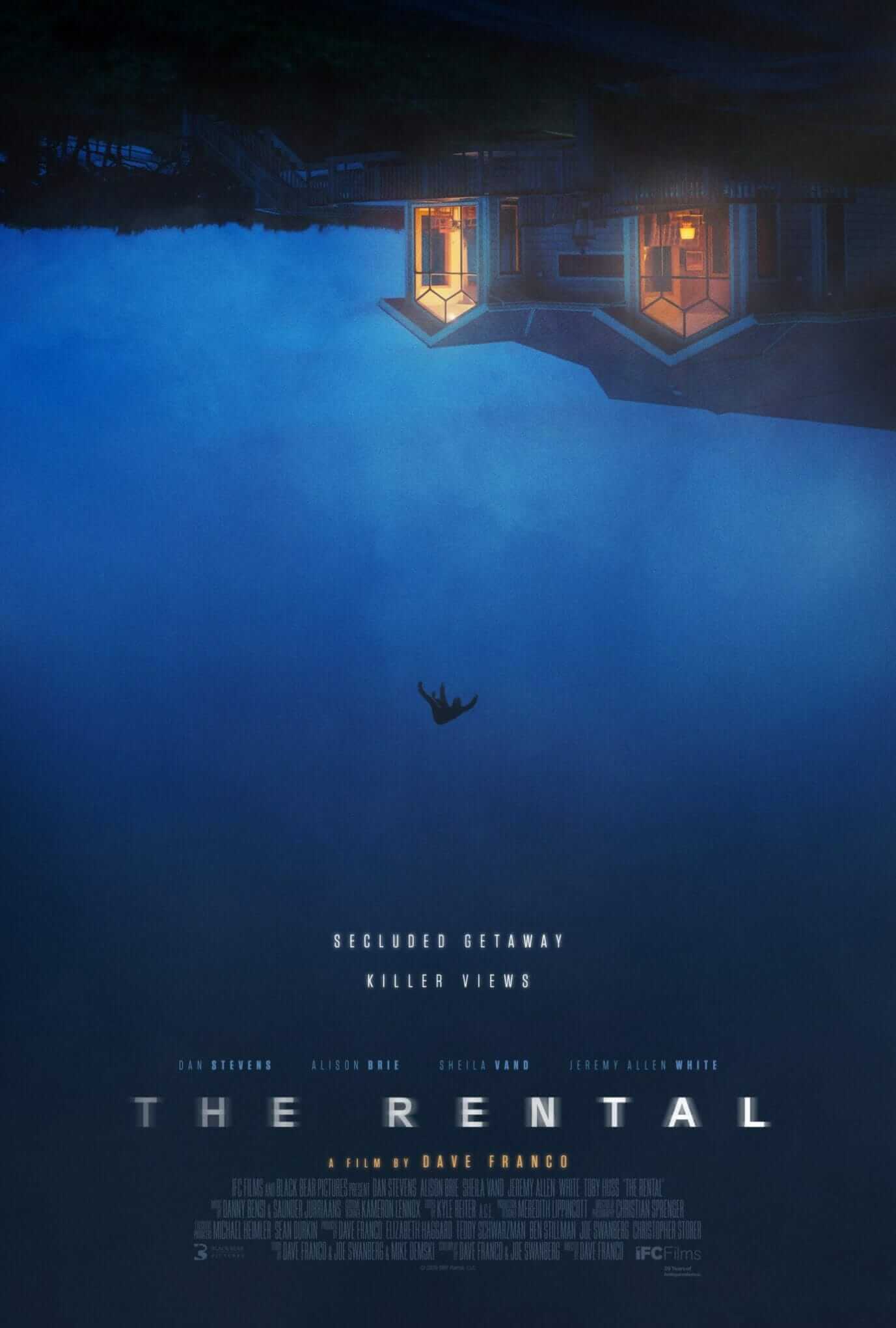 TLDR It's a strong debut but it's also a very safe debut. The Rental doesn't take any risks, especially for a movie with notable names on both sides of the camera, already pulling in a bigger audience than every other indie project fighting for attention in the same space. The Rental respects the nihilism of the Home Invasion subgenre but is too clean and polished to fully embrace it. Franco didn't need to make a grand entrance his first time out but indie film has always been the arena we look to for wild, unrestrained ideas from filmmakers that aren't afraid to get their hands dirty.