Michael Myers returns to Haddonfield for another round of tricks and treats (and murders!) in Halloween Kills, David Gordon Green’s follow-up to his 2018 slasher revamp Halloween. Like every slasher sequel that came before it, Halloween Kills features a higher body count, a whole host of new characters, and a deeper exploration into the psyche of its madman. Whether all of those pieces are required for a successful sequel depends on your appreciation of their inclusion, but nevertheless, you get all three in this continuation of the Laurie Strode saga.

Hot on the heels of the previous film, Halloween Kills begins in the aftermath of a massacre that has sent several teenagers, a handful of Haddonfield residents, and one mentally unstable psychiatrist to the morgue. Across town, a group of lifelong friends meets to reminisce about the night that changed their lives forever, while Haddonfield’s homebodies kick back and relax in the safety of their living rooms. Spoiler Alert: They ain’t safe. No one is. Meanwhile, Laurie Strode (Jamie Lee Curtis) and her family make their way to the hospital, assuming that they have finally killed their boogeyman. Naturally, Laurie doesn’t take the news of her failed boobytrap murder very well, but by then an angry mob has found their way to the hospital, trapping her and her daughter Karen (Judy Greer) inside. The mob, setting a new world record for fastest frenzy, is led by local rabble-rouser Tommy Doyle (Michael Anthony Hall), who has taken it upon himself to decree that “Evil dies tonight”. Of course, any horror fan already knows that Michael Myers isn’t easily killed. Also, the third installment of this new Halloween film series is already set for release in October 2022 so you can probably guess that evil will live to fright another day.

As is to be expected in any sophomore slasher, Halloween Kills is more vicious than its predecessor. If Halloween (2018) was the house handing out fun-sized treats, Halloween Kills is handing out full-sized chocolate bars. Michael Myers doesn’t even make it off Laurie’s fortified compound before killing a dozen firefighters with brutal efficiency. As he slashes his way through town, he encounters a handful of ancillary characters including a few kooky locals and a fun middle-aged couple now living in the Myers’ family home. Naturally, Michael stomps through every single one of them like a kid kicking over a sandcastle on the beach. RIP Haddonfielders. 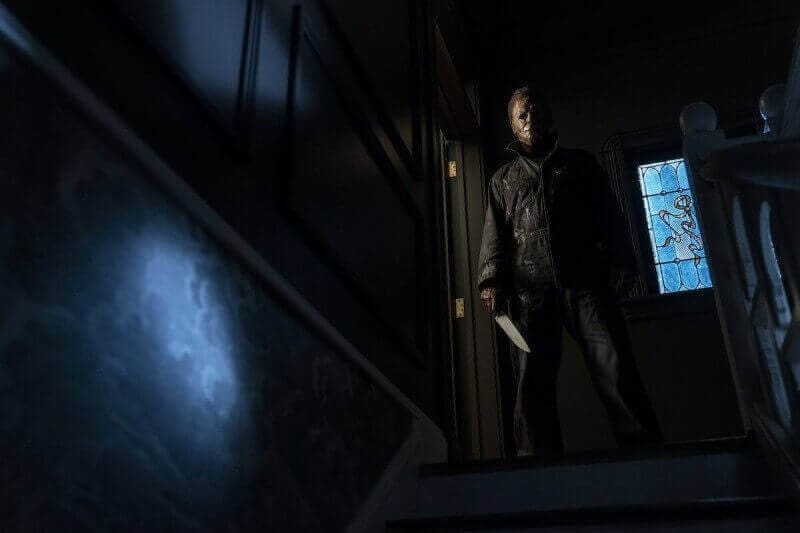 Where Halloween Kills falls short as a slasher is in how it insists on handling the whole affair like a true-crime story. The trauma of that horrific night in 1978 is on full display, as it was in Halloween (2018), but it also wants you to feel the gravity of every death in the movie too. As a piece of entertainment, there are very few moments of fun in this slasher flick to out-and-out enjoy. Not because they aren’t well built (they are) but because every single person is fueled, haunted, and plagued by a trauma they can’t resolve. It’s a common sentiment in modern horror and one that has been the cornerstone of Green’s re-imagining of Carpenter’s classic, but it makes for one hell of a dour presentation, with an on-the-nose mission statement.

One of the most fascinating aspects of that original story from Debra Hill and John Carpenter is how thoroughly it has been dissected over the years. If you only listened to the armchair experts, you’d think they labored for years trying to craft something that was a dark reflection of America circa 1978. You can’t swing a dead teenager on the internet without hitting a think piece about babysitter culture and absentee parenting, or about how it’s all a thinly veiled metaphor for toxic masculinity.

Halloween (1978) was always intended to be a simple scary movie. The deeper, societal analysis came afterward and it’s in that grand tradition of overthinking things that we find the main players of Halloween Kills attempting to ascribe meaning to the madness of Michael Myers. There’s also an additional layer of the story that’s trying to comment on the mob mentality of modern America, but I’ll be damned if I could figure out what side of the fence it fell on. Tommy Doyle and Karen Strode, especially, came face-to-face with the grim realities of their decisions but good luck trying to pry a shred of remorse from either of them.

To it’s credit, Halloween (2018) and Halloween Kills both highlight a darker side of the final girl archetype that is rarely addressed, but I just don’t think this is the right franchise to have that conversation. Trying to juggle the psychological torment of Laurie Strode and Haddonfield at large is commendable, but it makes any reverie in the subgenre’s gory trappings a challenge. You can’t have your cake and murder it too.

“Trying to juggle the psychological torment of Laurie Strode and Haddonfield at large is commendable, but it makes any reverie in the subgenre’s gory trappings a challenge.”

There is, of course, still plenty to love about Halloween Kills. It features another spooky synth score from John Carpenter, Cody Carpenter, and Daniel Davies, a number of cast members reprising their roles from the 1978 origin story, and another handful of visual references for diehards to drool over. Halloween Kills unapologetically upholds the cinematic trilogy tradition, serving you what is sure to be the most depressing and gloomy film of the bunch while also teeing up its forthcoming conclusion. While Michael Myers‘ motivations may be bandied about for years to come, Halloween Kills re-establishes him as the world’s most unstoppable boogeyman.

Halloween Kills is playing in theatres and streaming on Peacock TV now! Let us know what you thought of David Gordon Green’s follow-up slasher over on Twitter, Reddit, Facebook, and in the official Nightmare on Film Street Discord. Not a social media fan? Get more horror delivered straight to your inbox by joining the Neighbourhood Watch Newsletter. 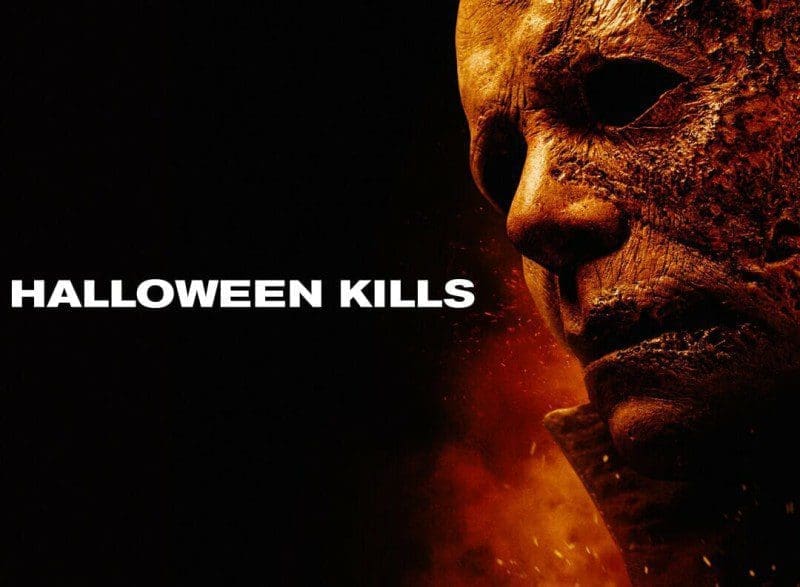 TLDR Halloween Kills unapologetically upholds the cinematic trilogy tradition, serving you what is sure to be the most depressing and gloomy film of the bunch while also teeing up its forthcoming conclusion. While Michael Myers' motivations may be bandied about for years to come, Halloween Kills re-establishes him as the world's most unstoppable boogeyman.