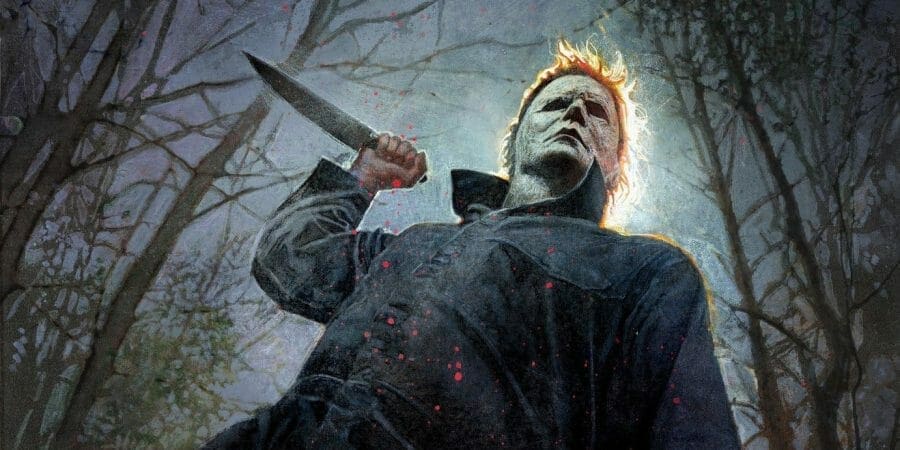 [TIFF Review] Like Michael Myers’ Mask, David Gordon Green’s HALLOWEEN is Nostalgic, Iconic, But Not Something We Haven’t Seen Before

As one of the first people to see the completed Halloween film, I’m going to do my absolute best to be as vague as possible. I’m sure many people simply aren’t reading reviews – I know I wouldn’t. I already witnessed several TMI tweets in the moments following the screening. And I’m sure more spoilers will be strewn out in a steady stream as the film continues on its festival premiere run. So, know – this will not be spoiler town. I’ve got your back.

Rose-colored glasses aplenty. There is a mood surrounding this movie, and its an overwhelmingly positive one. The mood is; championing mental health, women kicking ass, and celebrating an iconic, genre-defining film that has been terrifying us for 40 years straight. I subscribed to the mood. I subscribed to this sequel. Now, having seen Halloween (2018) – I’m going to take those glasses off. 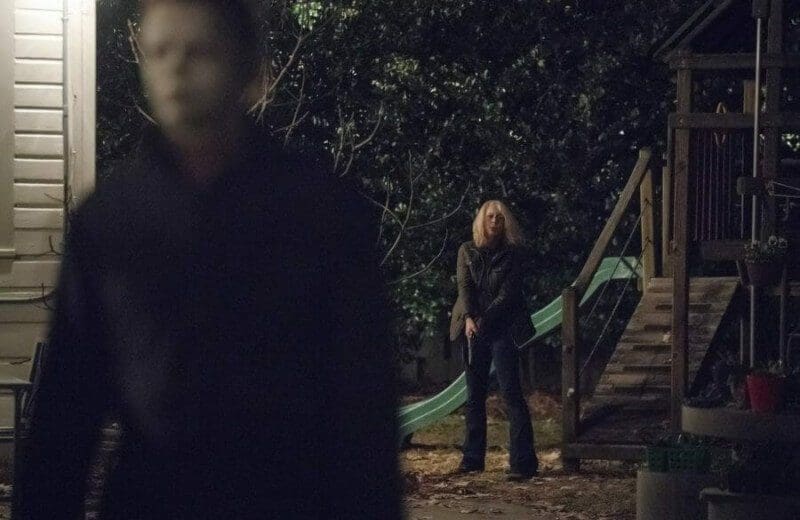 40 years to the day, Michael Myers (played by OG The Shape Actor Nick Castle) is awoken. Maybe it was the mask the intrusive podcasters waved in front of his face, or perhaps it was the less-than secure school bus transfer they decided was a good idea to do on the anniversary of the Babysitter Murders. Either way – Michael is out, and like a supernatural beacon – he quickly sources and procures his favorite costume. I’m sure you can gather how. All the while the question hangs – who is Michael Myers? Why is Michael Myers?

You’ll wait the entire film for the answer – but it was always there for you, shining plain as day in the original film. Only this time, to tell it – they have to play in too many coincidences, and far too much happenstance.

Laurie Strode (Jamie Lee Curtis) has been waiting for this day. She’s been Home Alone-level ready for The Shape since his incarceration some point off-screen after the first film (It was probably also the same time they locked up all the previous installments of the franchise). Her daughter, Karen (Judy Greer) is tired of it. Her mother’s insane ramblings and doomsday preparations have alienated them, obliterating any kind of mother-daughter relationship the two should share.

This is difficult for Allyson (Andi Matichak), Karen’s daughter, who almost has to sneak visits with her grandmother like a been-banned-boyfriend. But while family turmoil is turmoiling, Michael Myers is closing in. But is it on purpose, or is it just by chance?

Perhaps my favorite thing about this installment – is how the sleepy town of Haddonfield – is not asleep. Michael Myers stomps past trick-or-treaters, glowing jack-o-lanterns, and the nighttime festivities in a scene that is simply – foreboding. We know what he is. We know what he’s capable of. Tonight is his night, and he’s surrounded by a buffet. I’ll take The Babysitter and her Boyfriend with a side of knife, please.

Fans were confident when Danny McBride was signed on as a writer and producer (who co-wrote the film alongside Green and Jeff Fradley). Both Horror and Comedy share the same Achilles heel. Timing. But what I didn’t expect from this partnership – was actual comedy. This movie is funny. The humor and lightheartedness breathe life into characters that would otherwise just be the low digits of the film’s body count. While the humor is successful – I’m not sure how I felt laughing at a Halloween film. John Carpenter’s 1978 masterpiece succeeded because of the tension, dread, and terror it built through, for the most part – thick and brooding silence. If this film is fashioning itself to be the true twin, an authentic predecessor – the tonal shift can take some getting used to.

There is one thing I’ll get you fiends excited about: Michael Myers is on his A-game.

“[Michael Myers] moves like a man possessed, a man without social graces, and someone who’s hunting.”

This is where the beautiful marriage of old and new shine as an extremely delicately-woven portrayal. So many factors had to be at play to make this character sing again. First – Michael’s mask is wonderful. I know we’ve been drooling about it since the first posters, but wait ’till you see it under streetlights and peaking out second-floor windows. Second – his physicality is just there. He isn’t a robot, he doesn’t have fumbly fingers or the ineptness of a zombie. He moves like a man possessed, a man without social graces, and someone who’s hunting. Third – he is the starlet. David Gordon Green took absolute pleasure and care every single moment we see The Shape. Every frame, every lighting detail, every shadow cast, is a collector card that I would like in my possession right now, pleasethankyou. But while I sing Michael’s praises, there are some glaring issues I took with the film. Here is where those rose-colored glasses come into play. Though Laurie Strode is touted as the film’s champion – damaged, weathered, and borderline insane – but still champion – she spends most of this film hiding. She leaves the police work to the police. She and Karen hide in the safe house she’s built, all while they’re still one headcount short. Allyson is out there. Michael is out there. Shouldn’t Laurie be out there?

Unfortunately, Laurie doesn’t get to be that champion until Michael Myers drives right on up to the house (I don’t know if he actually drives, the jury’s still out on this one). Laurie only gets the upper hand because she’s the one that built the board they’re playing on. But in dangling herself like a mouse to a cat – several people have died. Michael didn’t just walk a straight path from the Smith’s Grove Sanitarium to her doorstep. A lot of teenagers happened to traipse that path. Shouldn’t the champion be fighting to ensure less people fall victim to the sharp end of Michael’s knife? She knows the repercussions of an encounter with The Shape. Death. Or at best, a lifetime of irreparable damage.

We also take a lot of time and care in exploring the torn relationship between Laurie and Karen, but once Michael’s Halloween Party starts – there’s no time for “I told you so’s” or what we really want to see: Karen looking into her mother’s eyes with a new, profound understanding. She finally gets to see the force that rattled the foundation. 40 years of pain. 40 years of fear. Karen gets to stare at unforgiving, unrelenting evil in the mask – and all of Laurie’s doomsday prepping, though still kind of bonkers, becomes something she can finally understand. But we don’t really get to see or savour that moment.

Halloween is a great entry to the franchise. But it isn’t revolutionary. It isn’t profound. And with how it’s being marketed, that’s the rubric they’ve given me to judge it on. It’s fun, it’s funny, and Michael Myers has his groove back. But it’s still, unfortunately – just another sequel. Review: HALLOWEEN (2018)
TLDR
Halloween is a great entry to the franchise. But it isn't revolutionary. It isn't profound. It's fun, it's funny, and Michael Myers has his groove back. But it's still, unfortunately - just another sequel.
Plot
35
The Shape
100
Characters
38
Cinematography
90
65