Every Hellraiser fan’s greatest fear is that a new Hellraiser movie will be nothing but pain and agony. And I mean, they always kind of are but only because the iconic villains at the center of these sadomasochistic scare-a-thons feed on sweet, sweet suffering. But let me be the hundredth person to tell you that Hellraiser (2022) is a gory, grotesque sideshow of torture and torment with a rogues’ gallery of monstrous creations. It is as both times a bold, bloody refresh for lifelong fans of the franchise and a perfect entry point into the Hellraiser world for anyone just hearing the name Pinhead for the first time.

Hellraiser (2022) is Directed by David Bruckner (The Ritual) written by Ben Collins & Luke Piotrowski (The Night House) from a screen story by Collins, Piotrowski, and David S. Goyer (The Sandman). This brutal, bloodthirsty re-imagining of Clive Barker’s 1987 classic stars Odessa A’zion as Riley, a recovering addict who stumbles upon a mysterious puzzle box that has the power to summon demonic forces. When placed in the proper configuration this impossibly complex Rubik’s Cube of Evil allows malevolent entities called “Cenobites” to pierce the veil between our world and their own. Unsurprisingly, they aren’t here to hand out candy. They come to tear people apart in every horrifying, torturous way imaginable.

“… a gory, grotesque sideshow of torture and torment”

When Riley’s brother becomes an unfortunate victim of these sadistic figures, she’s forced to dive deep into the world of the Occult, looking for answers. As it turns out, the Cenobites aren’t even the biggest, baddest monster in town. They are simply disciples of a God known as “The Leviathon“, who has the power to grant any desire to any devout worshipper who provides them with enough souls to eat. Armed with the knowledge of this cruel God and his unfathomable power, Riley sets out close the portal that has allowed the Cenobites into our world and, fingers crossed, find a way to bring her brother back to life.

I’ve never really understood Hellraiser if I’m being perfectly honest. I’ve always appreciated it, but it’s not in my bones the way it seems to be for so many horror fans. Maybe it’s all the religious stuff (not my cup of tea), or the Lovecraftian unknowability of the Cenobites (seriously, how the heck do these things work?) but I’ve just never been able to lock in to this weird world of pain and chains. That said, I’ve always found something to like in each of the Hellraiser movies and there’s definitely plenty to love in Brucker’s hellacious re-imaging of this twisted world…especially if you like blood and guts 😈 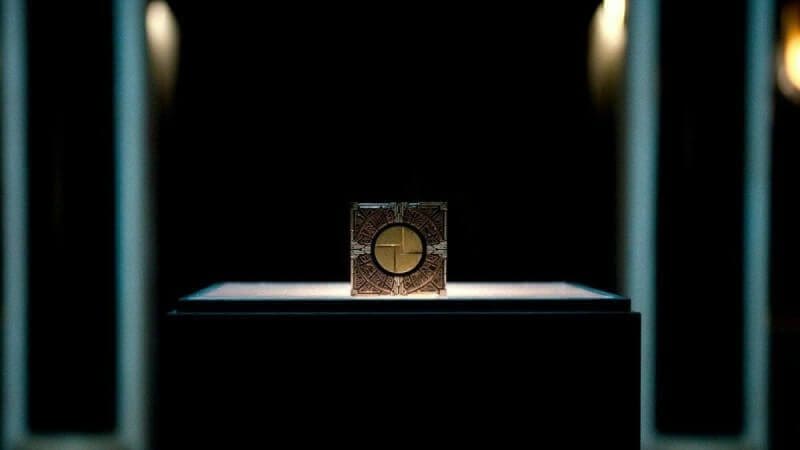 The practical effects, designed by Josh & Sierra Russell (VFW), are I N C R E D I B L E. Every gooey, sinewy piece of flesh is absolute gore perfection. The Cenobites look like extreme performance artists who suffered death by body modification and were then resurrected for one last performance. Their skin is an intricate maze of morbid creation that is as high art as it is horrifying. The Hellraiser films have always been a tentpole event for fans of gross gory special effects but Hellraiser (2022) is a new benchmark for the extremes of the franchise.

Cenobite leader Pinhead is an iconic figure not only in the franchise but in the genre as a whole. It’s as recognizable a character as Freddy Krueger and Jason Voorhees, even to folks that haven’t seen a single Hellraiser movie. Your friends may not know the name but if you show up to a Halloween party in a bald cap with pins all over your face, everyone will immediately recognize you as that scary figure from that movie they’re too afraid to watch. And although still in line with previous iterations of the charcter, Josh & Sierra Russell’s Pinhead, credited as simply “The Priest“, is something else entirely. 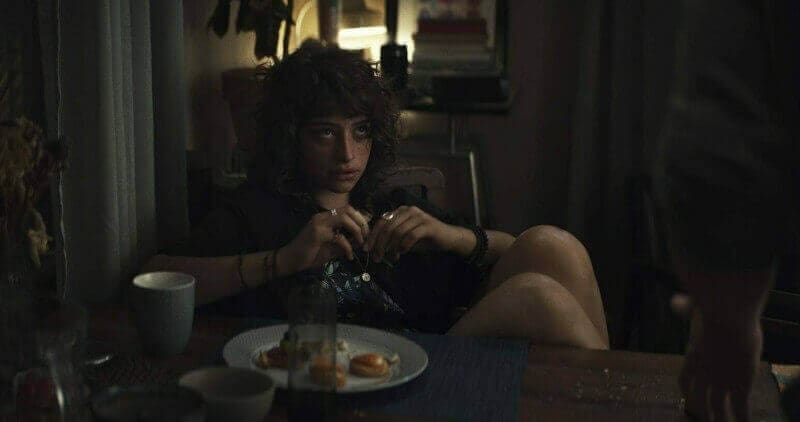 This preacher of pain of something unimaginably grotesque and gorgeous and gnarly, and it’s all brought to life in a sinister performance from Jamie Clayton. Pinhead has always been a haunting figure that, try as you might, you’ll never understand, but in Hellraiser (2022) Bruckner fully embraces the bizarre nature of Clive Barker’s creation. Although a creature like Pinhead resembles a human being, it is something otherwordly that has transcended understanding to become the literal stuff of nightmares. It’s a near impossible task to make these monsters-of-the-imagination living, breathing villains but kudos to Bruckner and the Russell’s for taking the franchise one step further than into madness than ever before.

Personal preference is really the only thing stopping me from calling it one of the greatest horror movie reboots of all time, outside of a few story beats that my nitpicky brain can’t let go of, but whatever. These movies have never been for me, but as an outside observer it really looks like David Bruckner’s Hellraiser (2022) is doing for Cenobites what Fede Alvarez’s Evil Dead (2013) did for Deadites. As far as critiquing the inner workings of the Leviathon and Cenobite universe, Imma have to just shrug and say “It’s cool, dude”. I came to Hellraiser (2022) solely to see those gory multi-dimension monsters tearing people apart and for that, it’s pure savage perfection.

“[Bruckner’s Hellraiser takes] the franchise one step further than into madness than ever before.”

David Bruckner’s Hellraiser (2022) debuts on Hulu October 7th. Let us know what you thought of this bloodbound reboot over on Twitter or in the Nightmare on Film Street Discord! Not a social media fan? Get more horror delivered straight to your inbox by joining the Neighbourhood Watch Newsletter. 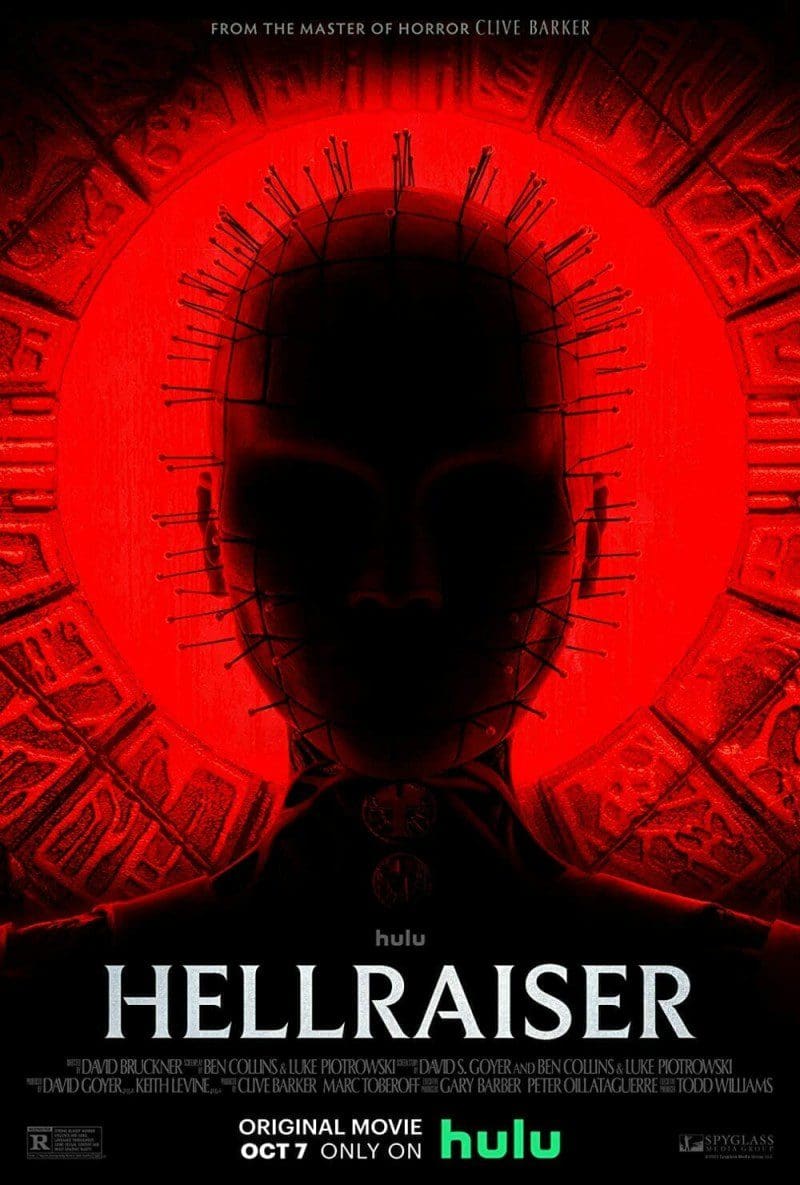 TLDR Hellraiser (2022) is a gory, grotesque sideshow of torture and torment with a rogues' gallery of monstrous creations. It is as both times a bold, bloody refresh for lifelong fans of the franchise and a perfect entry point into the Hellraiser world for anyone just hearing the name Pinhead for the first time. These movies have never been for me, but as an outside observer it really looks like David Bruckner's Hellraiser (2022) is doing for Cenobites what Fede Alvarez's Evil Dead (2013) did for Deadites.