In Bryan Singer’s first X-Men movie in 2000 there were hints that a particularly creative filmmaker could use the mutant mayhem to make a horror movie. From Magneto discovering his powers when separated his parents in a Concentration Camp, to Rogue practically killing her boyfriend when her energy-sucking powers emerge, to the whole idea of a man with knives his hands, the X-Men were primed for a scary movie debut. It took about 17 years for someone to finally capitalize on the idea, and another three years to get into theatres, but New Mutants has arrived unceremoniously at the end of summer, in the middle of a pandemic, and it deserved better.

In the comics, the New Mutants are the next generation of students at Professor Xavier‘s school for the gifted behind the original X-Men. While the grown-up X-Men dealt with serious issues, and even more serious villains, the early adventures of the New Mutants featured fantasy and mysticism, along with the angst and exaltation of being a teenage superhero in a group of other teenage superheroes. Our film based New Mutants are part of the pre-established X-Men film series that includes 13 movies, the three films of original trilogy, four prequels, three spin-offs starring Hugh Jackman’s Wolverine, and the two Deadpool movies.

The set-up is simple with five young mutants under the supervision of the mysterious yet seemingly caring Dr. Cecilia Reyes (Alice Braga), a mutant herself who can create force fields. The latest addition at Reyes’ hospital facility is Dani Moonstar (Blu Hunt), who escaped some sort of attack that killed everyone in the reserve she lived on including her father. Dani’s arrival coincides with a series of haunting-type events that attack the deepest fears of her fellow patients including misanthropic teleporter Illyana (Anya Taylor-Joy), Kentucky miner turned human cannonball Sam (Charlie Heaton), literal and figurative hothead Roberto (Henry Zaga), and Rahne (Maisie Williams), a deeply religious Scottish girl who can transform into a wolf.

The elements are all there, but co-writer and director Josh Boone can’t quite seem to balance the tone. There are scenes with the New Mutants hanging out and trading insights like a post-traumatic super-powered Breakfast Club, and those scenes are good, but the film has a tough time transitioning from those into the individual scenes of the character’s horrible past, or the overarching story about the threat inside the hospital. There are also storylines that are never fully developed, and motivations that are never thoroughly explained, but is that the fault of the director and his screenplay, or is it the fault of repeated rounds of butchery in the editing bay? 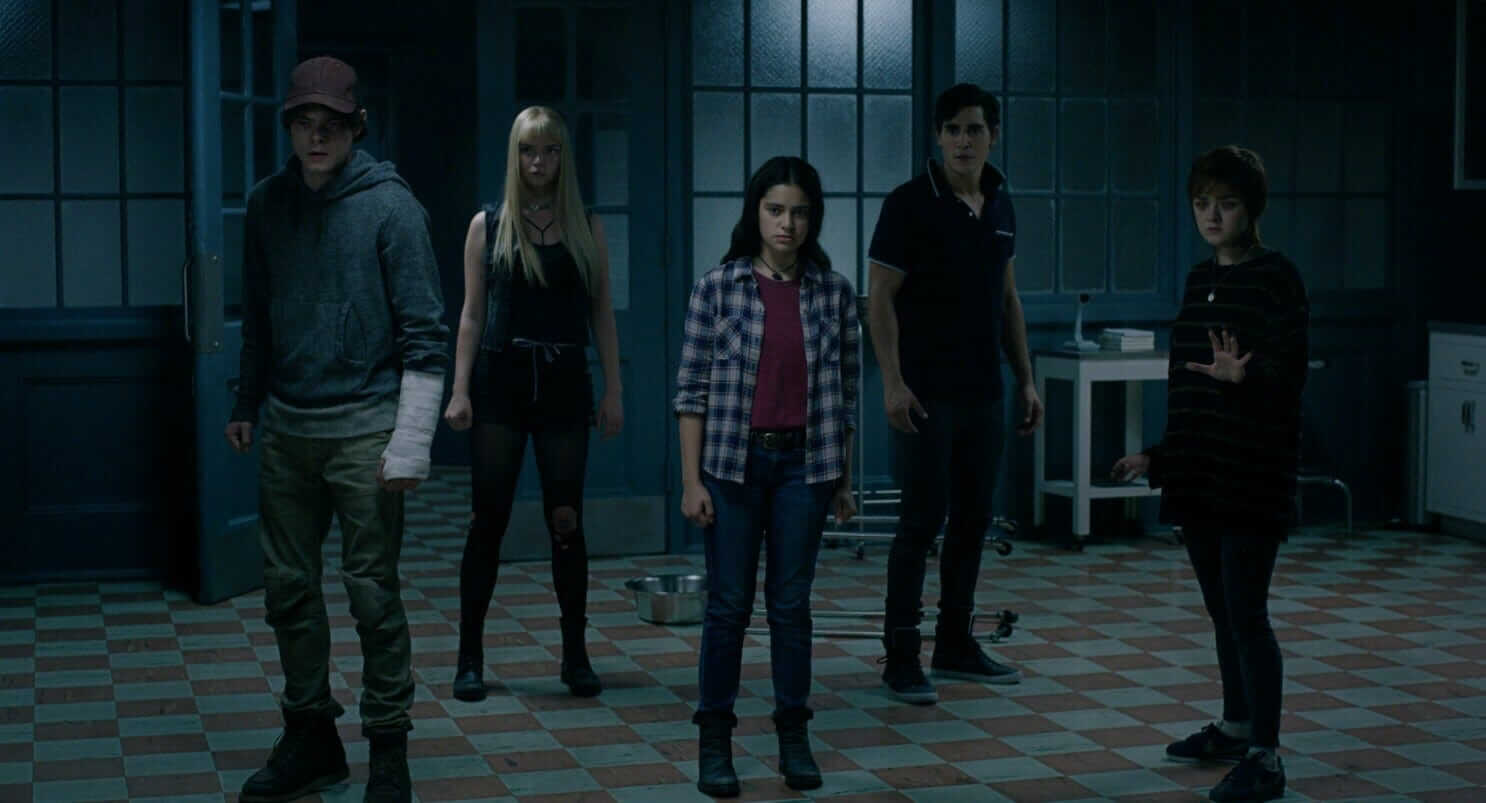 Those years in post-production hell might have surely weighed on just how much development some characters might have gotten, because some definitely got more attention than others. For instance, a lot of emphasis is put on Dani and Rahne, both separately in their own pain and together in their newfound romantic relationship. On the other hand, Roberto doesn’t get a lot of attention, and the way he’s framed makes it look like he was involved in the climactic events of the film by accident. We get into some interesting stuff with Sam that’s never really paid off because he ends up kind of the fifth wheel of the group, and while Taylor-Joy looks like she had fun as Illyana, who by far has the funkiest powers of the group, it’s also because the actress is having fun because she’s basically playing Illyana like the Regina George of mutants.

And while the story itself is based on one from the pages of the original New Mutants comic, it’s not particularly groundbreaking or surprising the way it plays out on screen, and it’s a victim of its own predictability. In these pandemic times, it’s easy to see the appeal of a story about people sequestered indoors as they’re being hunted by manifestations of their own fear, and while the film is grounded for the most part, it’s disappointing that the final act hedges on the heroes fighting a big, basic CG bad guy, especially in the world of the X-Men, which is filled with all kinds of fascinating and complex villains.*

*Interestingly, New Mutants hints at one of them with a mention of Essex Corp., which is a reference to Mr. Sinister who was supposedly going to appear in this film. This detail also ties off a reference to Essex Corp. in the post-credits scene of X-Men: Apocalypse, a dangling thread left unresolved for over four years now.

“[…] The New Mutants can at least be enjoyable despite its demerits. At best, in the years to come, it might be a cult classic.”

Still, it’s frequently true that the initial entries in superhero film series are not always the best, even the first X-Men movie has more than its fair share of licks because of its rushed production and behind-the-scenes turmoil. The X-Men film series has especially been all over the place in terms of quality, but even the worst entries have had something salvageable in the aftermath, like the casting of Ryan Reynolds as Deadpool in X-Men Origins: Wolverine. In the pantheon of X-Men movies, New Mutants is somewhere in the middle with a good cast, and a solid grasp on the mutant fundamentals and why the metaphor works on multiple levels.

New Mutants is also a decently made horror movie; it doesn’t have jump scares, but there is a pretty strong sense of foreboding through the first two-thirds of the film with mood lighting that didn’t make you think you were looking at a black screen, and a solid score from Mark Snow that brought to mind some of his best work from The X-Files. The film is also a tight 90 minutes, which is about the perfect length for seeing a movie given the COVID-19 precautions, long enough to let you feel settled in the space, but not overly long to make you feel antsy, or force you to leave your chair for an early bathroom break. 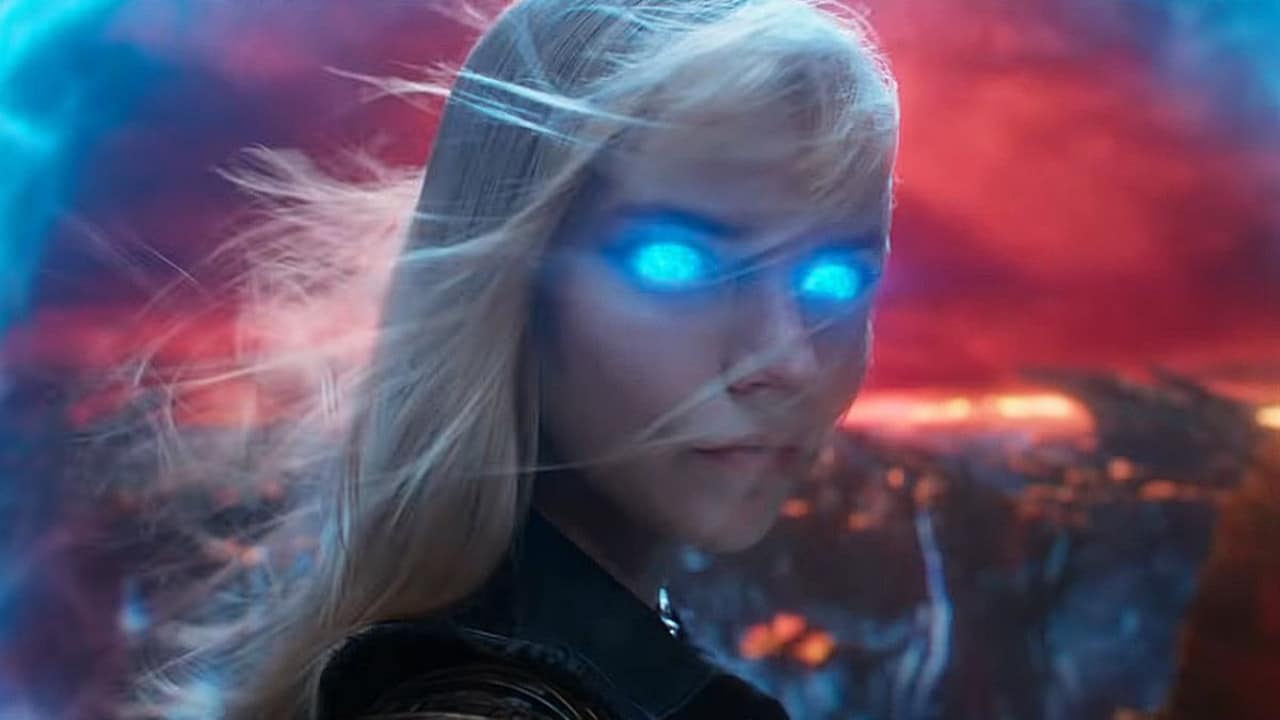 Its also worth noting that New Mutants is a superhero movie, and a horror movie, that puts a queer Indigenous woman front and centre without making it feel like tokenism. Although Illyana tries to provoke Dani with some anti-Indigenous name-calling early on, the film never makes Dani‘s queerness, or her Indigenousness, the defining aspects of her character. It was also nice to see that even though Rahne is portrayed as a devout Catholic, she doesn’t count falling in love with Dani among her sins in confession. Her religious convictions seem more interested in punishing her for being a mutant werewolf than being attracted to another woman.

Any affections expressed for New Mutants here needs to be tempered with two notes: One, there are such sky-high expectations for comic book movies now that mediocrity isn’t tolerated, and two, you can’t help but project the studio’s own apparent self-doubts and hesitation on the finished movie. With the right mindset, even if its just enjoying the simple pleasure of seeing something on the big screen again, The New Mutants can at least be enjoyable despite its demerits. At best, in the years to come, it might be a cult classic. At worst, it will be a cinematic curiosity, an inglorious end to a 21-year stretch of X-Men movies that were sometimes good, sometimes bad, but often open to experimentation. The New Mutants deserved better, even if some people think that the audience deserved better from them too.

What did you think of Marvel’s long-awaited venture into Horrorland? Let us know what you thought of The New Mutants and where it stands in your personal ranking of the X-Men franchise over on Twitter, in the Nightmare on Film Street Subreddit, and on Facebook in the Horror Movie Fiend Club! 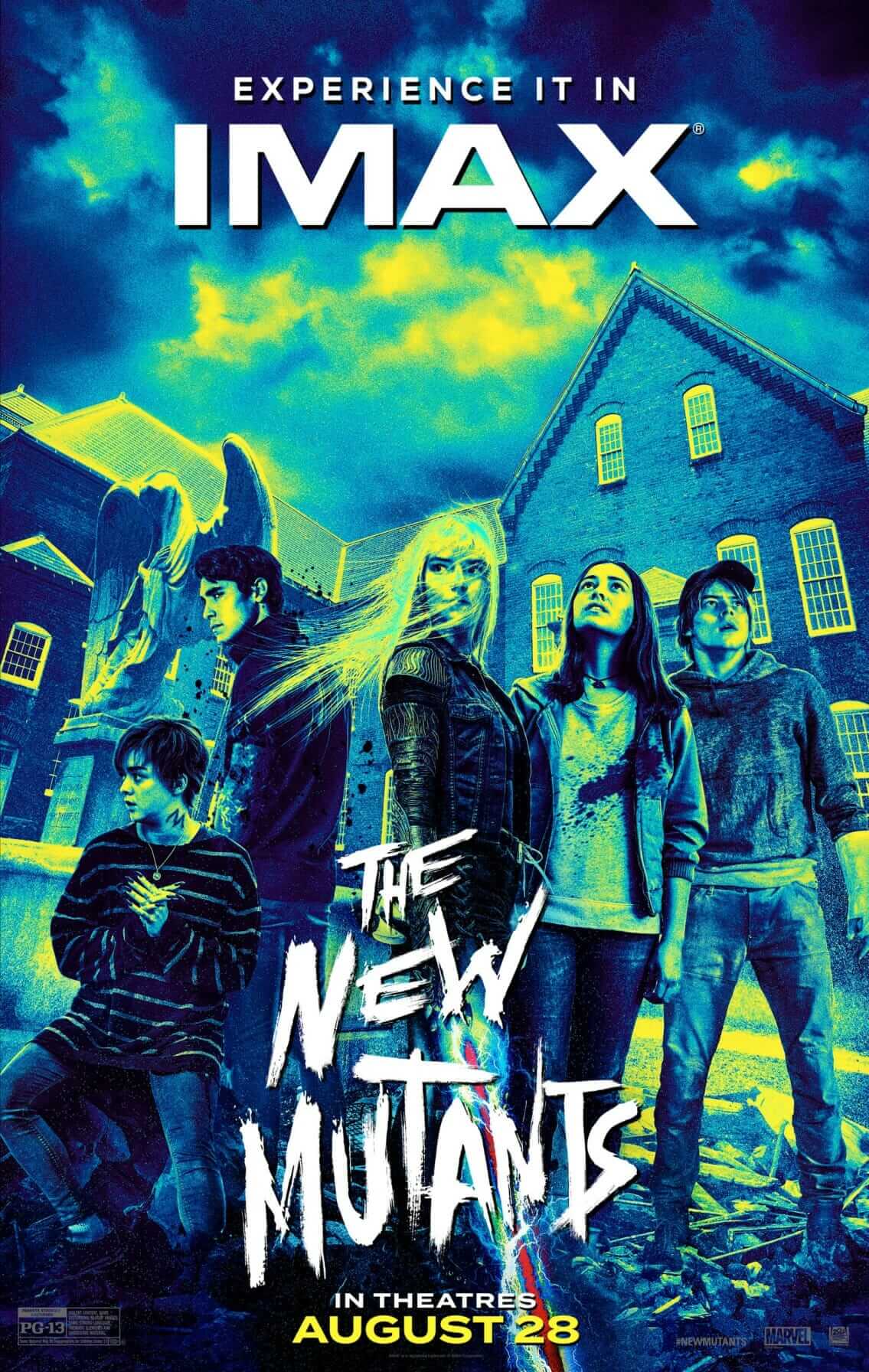 TLDR The New Mutants is a perfectly fine X-Men movie, and a perfectly fine horror movie about kids with powers. Some solid performances from the young cast, good production design and filmmaking fundamentals, and a different approach to superhero films give it a slight edge, but it's an unceremonious end to the two-decade long run of the cinematic X-Men.

Quality in Relation to Other X-Men Movies