Triple threat Jim Cummings returns with his third movie The Beta Test, breaking his latest streak of playing cops in Thunder Road, The Wolf of Snow Hollow, and most recently Halloween Kills, to play a Hollywood agent who’s slowly losing control of the world around him. But this time, he’s not alone. Joining forces with Cummings is PJ McCabe, who had previously acted alongside Cummings in The Block Island Sound. Together, they co-wrote, co-directed and co-starred in The Beta Test. Although it sounds like it might have been a friendly affair behind the camera, this dark satire is far from friendly. It’s malicious, unforgiving, and takes great pleasure in the suffering of others.

Jordan Hines (Cummings) seems to have it figured out. He has an executive position at a Hollywood talent agency and is two months away from marrying his beautiful fiancee Caroline (Virginia Newcomb, The Death of Dick Long). One day, he finds a mysterious purple envelope in his mailbox. Upon opening it, he finds an invitation to an anonymous no-strings-attached sexual encounter at a hotel. He immediately throws it in the trash before Caroline can see it but the thought of “what if…?” sends him desperately digging through the dumpster to find the envelope and RSVP for the meet-up.

Days later, he is sent a key card to a hotel room, where he’s instructed to put on a blindfold before entering. Inside the dark room, he comes into contact with an unknown woman who is also blindfolded, and without hesitation, they get down and dirty. Once the deed is done, Jordan exits the room and removes his blindfold, only catching a glimpse of his mystery date, obscured in shadow.

Jordan tries to go about his daily life as if nothing happened but soon becomes obsessed with trying to find out who he hooked up with. Every crowded party he attends, every coffee shop he enters, Jordan intently stares at every woman, wondering if she’s the one who sat on his face. He becomes increasingly agitated, and the idea infects how he acts at work and at home. Thinking he’s just anxious about the marriage, Caroline suggests he talk to PJ (McCabe), his business partner and best friend.

Unable to hold it together, Jordan confesses his sins to PJ, asking him for help in tracking down whoever sent him that envelope. After doing some research, PJ comes up with the theory that someone built an algorithm using public data sourced from millions of Americans’ social media accounts to find people who are both wealthy and likely to cheat on their spouses. Jordan is just one of the thousands who were targeted by that program.

As this is all going on, we get to see the devastating effects these purple envelopes have had on other couples, often ending with the betrayed spouse murdering their other half. Were it not for these brutal and bloody scenes, The Beta Test would have been an outright comedy as Cummings portrays Jordan‘s unraveling with facial expressions that border on cartoonish. But with the added risk of death if the truth were to come out, as well as the pursuit of an unseen computer wiz manipulating the elite, the film’s material becomes a lot darker. 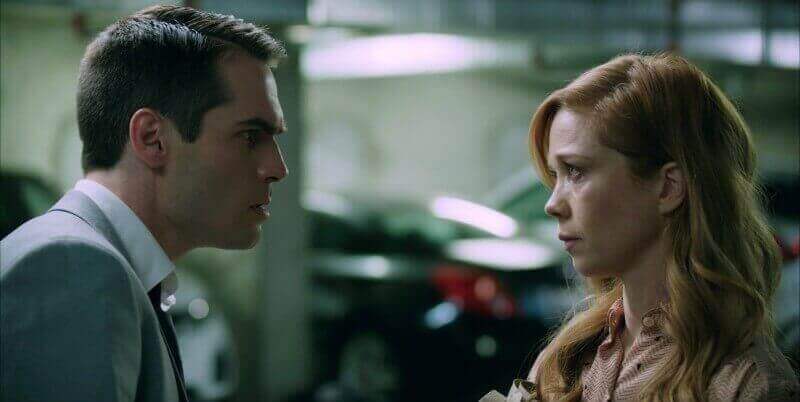 The big moment of truth is when Jordan admits he “wants to be Harvey.” Like Weinstein, Jordan wants to be given free license to verbally abuse the office intern and to have sex with every attractive woman he sees and get away with it, but the evolving culture is preventing him from attaining this antiquated lifestyle. Jordan is clearly an unlikable character with very few redeeming qualities, which makes it so fun to see his alpha male facade crumble. He’s someone who has built his career on lying and faking enthusiasm, which causes the people around him to question if he’s ever being genuine.

There are a few similarities to Cumming’s previous film The Wolf of Snow Hollow (which I loved) such as the big whodunnit, but mostly Cummings once again playing a character who has been sober for years but goes back to hitting the bottle once the stress becomes unbearable. However, The Beta Test proves that Cummings can come up with fresh ideas, write witty dialogue and examine different parts of society.

“The Beta Test proves that Cummings can come up with fresh ideas, write witty dialogue and examine different parts of society.”

Viewers will be pulled in and remain engaged by the film’s rapid pacing, combined with the sleek and bright scenery of Los Angeles and a moody score by Jeffrey Campbell Binner and Ben Lovett (who also composed The Wind, The Ritual and The Old Ways). The big reveal is less than satisfying, but is besides the point of the bigger picture. The real delights lie in the biting satire of the entertainment industry’s toxicity and its incompatibility with the current climate, as well as the value of secrecy in an age where all our personal information is voluntarily exposed in order to craft our public persona.

Jim Cummings & PJ McCabe’s The Beta Test, from IFC Midnight, is available now on digital and on-demand. Let us know what you thought of this satirical thriller over on Twitter, Reddit, Facebook, and in the official Nightmare on Film Street Discord. Not a social media fan? Get more horror delivered straight to your inbox by joining the Neighbourhood Watch Newsletter. 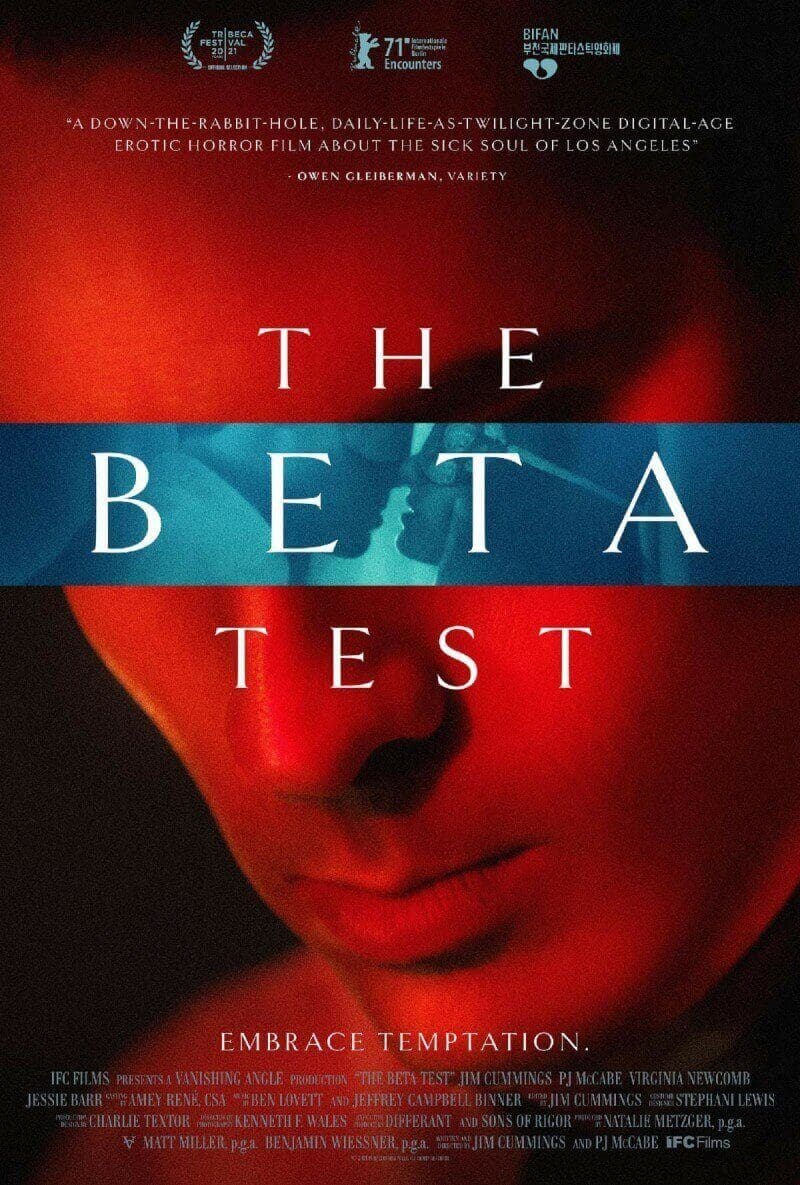 TLDR Viewers will be pulled in and remain engaged by the film's rapid pacing, combined with the sleek and bright scenery of Los Angeles and a moody score by Jeffrey Campbell Binner and Ben Lovett. The big reveal is less than satisfying, but is besides the point of the bigger picture. The real delights lie in the biting satire of the entertainment industry's toxicity and its incompatibility with the current climate, as well as the value of secrecy in an age where all our personal information is voluntarily exposed in order to craft our public persona.